Everton appointed Carlo Ancelotti as their new manager on Saturday on a deal that will keep him at Goodison Park until 2024.

The three-time UEFA Champions League-winning manager was confirmed as Marco Silva's permanent successor before the Toffees' meeting with Arsenal:

Excited to share the news that I am joining Everton FC. I am delighted to be back in the Premier League and to be part of this historic club. Thank you for your trust in me. #WelcomeMrAncelotti #EFC #COYB https://t.co/13yhM5iHnK

He told the club's official website he will keep caretaker boss Duncan Ferguson among his coaching staff:

"This is a great club with a rich history and a very passionate fanbase. There is a clear vision from the owner and the board to deliver success and trophies. That is something that appeals to me as a manager and I am thrilled at the prospect of being able to work with everybody at the club to help make that vision a reality.

"I have seen from the performances in the last two weeks that the players are capable of so much. The work Duncan has done is a great credit to him. Strong organisation, strong discipline and the right motivation are some of the key ingredients in football and I'm pleased that he will be part of my backroom team moving forward."

Ferguson had been caretaker since Silva was sacked in early December, and he oversaw a win against Chelsea and a draw with Manchester United. The Toffees were knocked out of the Carabao Cup at the quarter-final stage on Wednesday by Leicester City in a penalty shootout.

Ancelotti was relieved of his duties as Napoli manager on December 10 after a poor start to the 2019-20 Serie A season, although he did guide the Partenopei through to the knockout stages of the Champions League.

Incredible appointment by Everton. Automatically lifts the status of the club. Can understand questions around whether he’s exactly what they need but in the absence of outstanding young managers who really fit the bill, you can’t fault them for getting one of the best there is.

Everton have done alright there, world class manager with a list of titles as long as your arm.

The 60-year-old has one of the most impressive CVs in football.

The Italian's most impressive achievement as a coach, though, is his record of three Champions League triumphs. Only two other managers, Bob Paisley and Zinedine Zidane, have achieved the same feat.

At Everton, however, Ancelotti has a different kind of task on his hands:

On Carlo Ancelotti, the sort of superstar manager Farhad Moshiri has craved but a man who would face a radically different job at Everton to at his former clubs: https://t.co/WiOr1VQCoq

Rather than contending for titles, he will need to guide the Toffees away from the relegation battle—they sit 16th, just three points clear of the drop zone—and into the top half of the table.

Despite Everton's poor start to the season, the congestion in the Premier League's mid-table means the Merseysiders are not out of the running for the European spots.

If Ancelotti can oversee a run of wins at Goodison Park, he could yet make a success of the 2019-20 campaign.

He'll be in the stands for Everton's clash with Arsenal on Saturday. As will former Everton midfielder Mikel Arteta, who took charge of the Gunners on Friday. Ancelotti's first game in charge will be at home to Burnley on Boxing Day.

Baines invited to extend Goodison career for another season 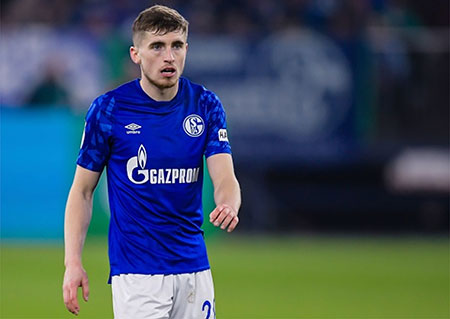 Baines invited to extend Goodison career for another season