Mauricio Pochettino has indicated he's ready for a return to football management, with Arsenal, Manchester United and Bayern Munich being touted as possible destinations.

Pochettino recently visited his boyhood team, Newell's Old Boys, and told Fox Sports in Argentina (h/t Mirror's Alex Richards) he has "a lot of clubs and attractive projects" in his midst.

Less than two weeks after he was sacked by Tottenham Hotspur—where he said he enjoyed "five-and-a-half incredible seasons"—Pochettino gave the impression he's almost ready for a comeback:

"It is my intention to return to manage in Europe. It is hard for me to imagine a project in Argentina. However, for the sake of my family, I would not refuse to work over here.

"But now I need to be calm for a few days and see what happens. I haven't had a lot of time to digest what has happened with me. My first decision was to come back to Argentina, return to my home and see family and friends. But I expect to return to Europe to make decisions on my future.

"My best decision was to come to Argentina to switch off for 10 days. At my age, I don't need a lot of time to recover. I am open to listen to projects put before me."

The Argentinian was replaced by Jose Mourinho in north London in November, while Freddie Ljungberg is now interim manager of Arsenal after they parted ways with Unai Emery.

Ljungberg led Arsenal alongside academy manager Per Mertesacker when they drew 2-2 at Norwich City on Sunday, and the former Gunner sent a message to the fans post-match:

United are the only club mentioned who currently have a permanent manager in Ole Gunnar Solskjaer, though patience with the Norwegian is running thin after they've gone three games without a win.

Inconsistent Bayern also have a caretaker boss in Hans-Dieter Flick, who appears to have the backing of chief executive Karl-Heinz Rummenigge for the time being, per Goal's Ronan Murphy:

Karl-Heinz Rummenigge hints that Hansi Flick could become the permanent Bayern Munich head coach: “We have arranged that we will continue until the winter, then we sit down with him after the last game. We will discuss it and then possibly continue with him further.” #FCBayern

Pochettino continued to say his priority is to "rebuild myself and get my self-motivation back," with his dismissal at Tottenham having come as a surprise to many despite the drop in results this season.

The 47-year-old failed to win a major trophy during his time with Spurs, but he brought the club into contention with the Premier League's superpowers despite a much smaller budget and a stadium move last season.

It’s not working though. Yeah, he may need time, but it’s still not getting any better. They need players; more importantly, they need a manager who’ll improve the existing squad. Not going after Pochettino now would be ridiculous. Still not sure they will though.

Neil Fissler of the Sunday Express wrote that a clause in Pochettino's Tottenham contract means he'd have to pay back his £12.5 million severance to Spurs if he takes up another Premier League role this season.

Any future employer in England may be happy to help with that expense if Pochettino is determined to return to England, with the former Southampton and Espanyol tactician already in the frame for a comeback. 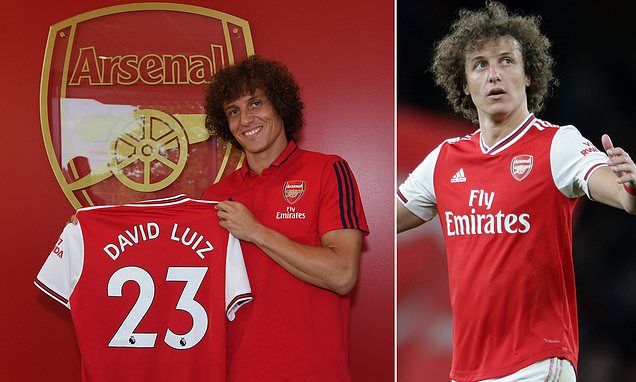 Premier League Restart Will Not Be Football as We Know It

Premier League Restart Will Not Be Football as We Know It