Manchester United striker Marcus Rashford has said he didn't think Liverpool "were good enough" to deserve a point following their 1-1 draw at Old Trafford on Sunday.

Rashford, 21, opened the scoring with his fourth goal of the season, and substitute Adam Lallana equalised for Liverpool in the 85th minute after the visitors enjoyed a much-improved second half.

United's frontman spoke to Sky Sports (h/t Goal) after full time and said: "We deserved the three points. I don't think they were good enough to get a draw out of the game or a win but this is football. It was a big opportunity missed and we just fell short. Hopefully in midweek we can get a win and it will start a run for us."

Sunday's result was United's sixth in a row without a win (in 90 minutes), though Rashford sensed the positives to take from a point against the Premier League leaders:

Disappointed not to win but much better from us and good to get on the scoresheet. We’ll take the positives and build on them. Thanks for the support 👊🏿 https://t.co/XUGN9SIgiz

Ole Gunnar Solskjaer's side became the first team this season to take league points off Liverpool, who travelled to Old Trafford having won eight from eight this term. 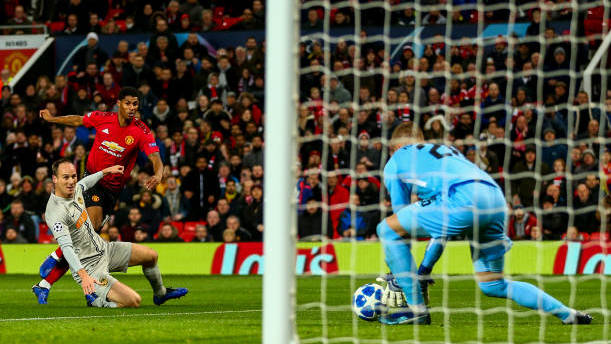 The United chief spoke to Sky Sports and paid high praise to goalscorer Rashford, whose last club goal from open play came during the 4-0 win over Chelsea on the opening day of the campaign:

Liverpool enjoyed 68 percent of possession at Old Trafford and finished with more attempts at goal than their opponent (10 to seven).

That's not to say United didn't have their chances to increase the lead, however, with Andreas Pereira and Fred each fluffing good chances in the enemy box.

Liverpool defender Virgil van Dijk saw the game differently and said after the result that his men were worthy of their leveller:

Van Dijk tells @arlowhite pitchside at Old Trafford that Liverpool are "Disappointed - they [United] had a game plan and we didn't react to it, we didn't play well. We then changed our system and scored a well-deserved equaliser." #MUNLIV

The Merseysiders are now six points in front of second-place Manchester City, while United are 13th after nine matches, 15 points off the top.

Despite the fact that United haven't won a game since they beat Astana 1-0 on September 19, former Red Devil Rio Ferdinand was pleased with his old club's share of the spoils given the context:

Unsettled Liverpool, made it difficult for them. Seeing out games like that when put under pressure is where you earn ya money. Wasn’t to be today but elements to be positive about. A confident Rashford ✅ Willing Runners on the break ✅ Aggressive with &amp; without ball ✅ #MUNLIV

Rashford could be back in action when United travel to Partizan Belgrade in the UEFA Europa League on Thursday, while Liverpool will face Genk in the UEFA Champions League on Wednesday.