David De Gea has defended his form from last season and said his contract negotiations at Manchester United had no impact on his performances.

The Spain international made a number of uncharacteristic mistakes last term, and he was criticised after the club finished sixth in the Premier League.

Speaking to Sky Sports (h/t Sean Kearns of Metro), De Gea explained he was happy with his form for the first seven months of last season before his performances dipped. The 28-year-old said his contract was not in his thoughts at the time.

"You can say the contract is there in the background – it's not even in the back of your mind – that's put to one side. The day-to-day training, going out on the pitch, that's what you're focusing on – and helping the team, of course.

"Talking about the odd mistake, form can come and go with any player, but you are more under the microscope when you're a goalkeeper. It's not easy to keep up very high standards.

"I've been here for a number of years now and to be on top form all the time it's tough. There are moments when you feel better in yourself form-wise and moments where you're not quite so good. Mistakes happen, goalkeeper's live with them and I'm no different."

Jose Mourinho was dismissed as United manager last December, and Ole Gunnar Solskjaer had immediate success after arriving as interim boss. The Norwegian was appointed as the full-time coach despite the Red Devils failing to qualify for the UEFA Champions League.

United conceded 54 goals in the Premier League last season—six goals more than Newcastle United—who finished 13th. It was a desperate end to the campaign for the club, and De Gea's usual heroics were absent.

The goalkeeper is a four-time player of the year for United, and he proved to be one of the world's elite stoppers since joining from Atletico Madrid in 2011.

De Gea penned a new deal Monday with United that will keep him at the club until 2023, per BBC Sport. The player said it was a "genuine honour" to commit his long-term future to the team and fans. Solskjaer said the player "represents everything you want in a goalkeeper" after the contract was announced.

Despite his drop in standards last term, De Gea remains one of the best in the business. The advent of the sweeper keeper has forced him to improve his distribution with his feet, but it's unlikely he will ever be as convincing as Liverpool's Alisson Becker or Manchester City's Ederson in that department.

However, De Gea is as good as any keeper in the world at stopping shots and making impossible-looking saves appear easy on the eye. With United continuing their extensive rebuild, the Spaniard could become player of the year for a fifth time if he gets back to his very best. 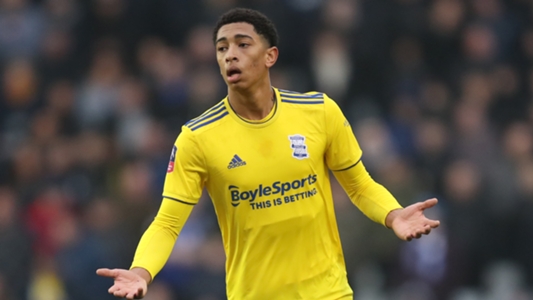