The Atlanta Braves were one of the most active teams before Wednesday's deadline, upgrading the bullpen with several key moves.

Perhaps the most notable deal was acquiring closer Shane Greene in a trade with the Detroit Tigers in exchange for Joey Wentz and Travis Demeritte.

The team also announced the acquisition of reliever Chris Martin on Tuesday and reportedly added Mark Melancon from the San Francisco Giants, per Jon Morosi of MLB Network.

While the Braves did have to give up some good players for these pitchers and added some additional salary, the moves could be exactly what is needed to help the team make a deep run in October.

Here is a look at the remade bullpen going forward for Atlanta.

It's unknown if the Braves were already prepared to make these trades going into Wednesday, but the latest win against the Washington Nationals likely raised the urgency.

Luke Jackson entered the ninth inning with a two-run lead but was pulled without getting an out. Sean Newcomb also couldn't close out the save, forcing the Braves to win in extra innings. It's clear there was little faith in the bullpen.

However, a few trades have completely transformed the staff, as ESPN Stats & Info noted:

The Braves have bolstered their bullpen with Shane Greene, according to @Buster_ESPN . Only Kirby Yates has a better ERA among relievers this year than Greene (min. 20 appearances). Meanwhile, the Braves rank 28th in bullpen ERA (5.76) this month. https://t.co/TDzMn2wt1p

Greene has been one of the best relievers in baseball this year, posting a 1.18 ERA while earning his first career All-Star selection. He has been the Tigers' closer for the past two years and should slide right into that role going forward for Atlanta.

This takes some pressure off Jackson, who can pitch earlier innings and hopefully be more effective.

Meanwhile, manager Brian Snitker has a lot more options throughout the bullpen.

Martin is also in the midst of his best season, posting a 3.08 ERA to go with an incredible 43 strikeouts and just four walks. Melancon has seen his production drop since his All-Star days, but he has a 2.31 ERA in July.

In his last seven appearances, the reliever has allowed zero runs and just three baserunners in 8.2 innings.

With Anthony Swarzak remaining effective in middle innings and Blevins and Newcomb providing balance from the left side, this is suddenly a dangerous bullpen that should be able to shut down games after the fifth inning.

Atlanta was already in first place in the NL East, but the squad turned a weakness into a strength that could possibly lead to World Series contention.

The Braves could have some tough decisions to make to free up room for the incoming players, but A.J. Minter and Chad Sobotka should be on the way out after struggling for much of the year.

Jeremy Walker has pitched well at the major league level, but he could still go back down to Triple-A for more seasoning. 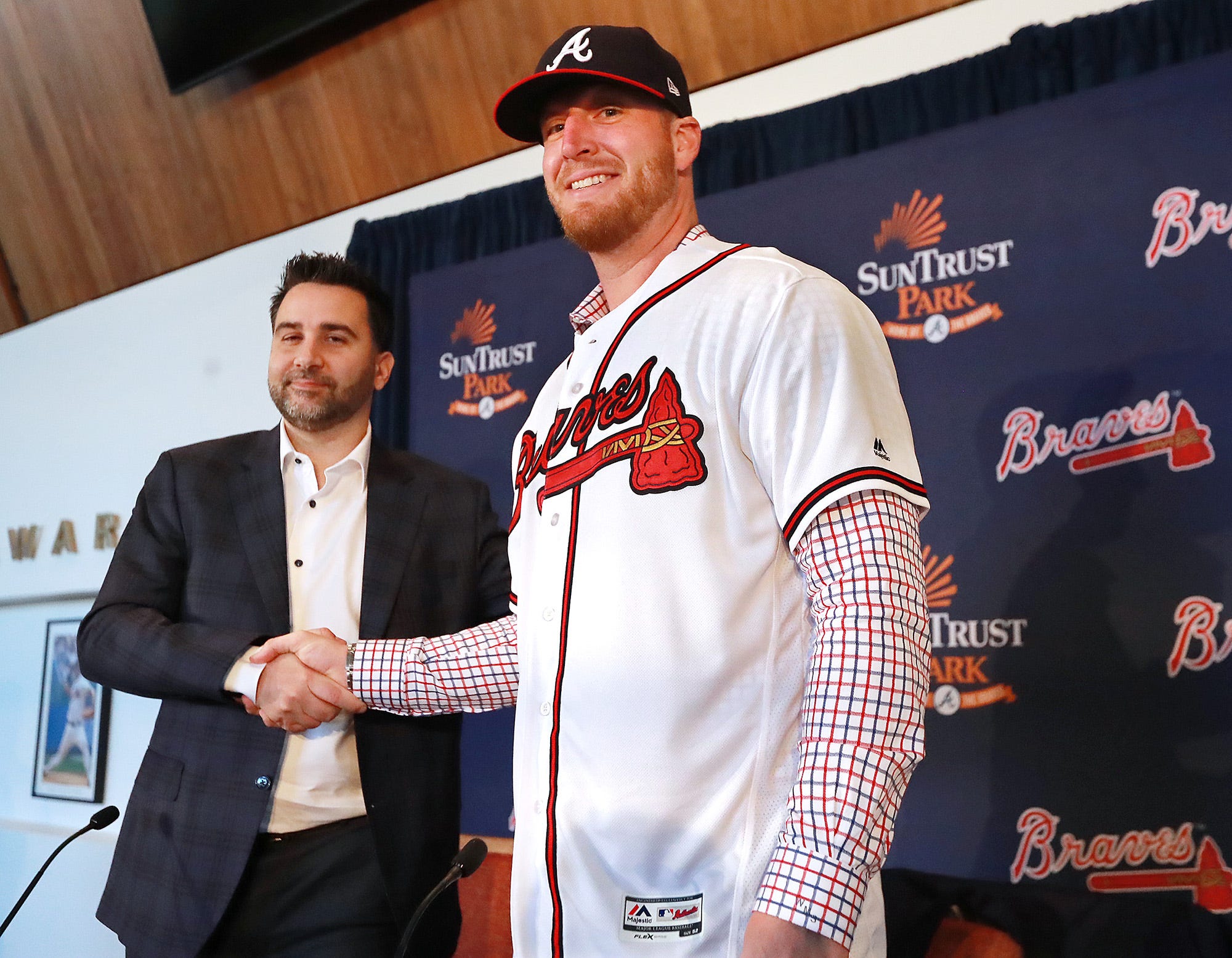