On the eve of flying to Paris in 2017 and becoming the most expensive footballer of all time in a €222 million move to Paris Saint-Germain, Neymar had decided to spend his last moments in Barcelona relaxing at home with his inner circle. He had hired a chef to offer a farewell dinner to his close friends.

Later that night, they were all having sushi when they heard a group of fans gathering in front of his mansion.

They were not protesting. Nor were they insulting him. They just wanted a word with the Brazilian superstar, hoping it was not too late to stop him from leaving the Camp Nou and ending his memorable "MSN" partnership with Lionel Messi and Luis Suarez.

Neymar never showed up at the front door, though. His father, Neymar Senior, did around midnight in a peaceful manner, urging fans to return to their homes. He told them he had done everything possible for his son to remain in Spain but couldn't convince him otherwise. He also mentioned Neymar's desire for a new challenge and ongoing problems off the pitch to explain the decision.

At that moment, it seemed Neymar's Barcelona adventure had come to an end.

However, fast forward two years, and it seems Neymar has had enough of his French adventure. All indications suggest the Brazilian attacker is eager to return to the Camp Nou dressing room.

Bleacher Report has learned from sources close to the 27-year-old that, when speaking to his crew about his future, Neymar doesn't merely say he would like to return to Barcelona; instead, he assures them he will be back this summer.

That might sound overly optimistic, but the confidence is shared by his friends and even some of his colleagues.

Although it still may seem like a difficult transfer to pull off, respective Barcelona and PSG presidents Josep Maria Bartomeu and Nasser Al-Khelaifi have been discussing a potential deal.

With that in mind, B/R lists five reasons why you should not rule out Neymar's comeback to Barca.

The Barcelona insider within the Neymar camp

In November, Brazil were preparing for a friendly against Uruguay at the Emirates Stadium in London. Neymar's son, Davi Lucca, surprisingly attended one of the training sessions at Arsenal's facilities, but his presence there was not the most intriguing thing.

That afternoon, he was being watched on the sidelines by Brazilian agent Andre Cury, who tried to hide as much as possible from the cameras with the hood of his sweatshirt pulled up.

Cury is Barcelona's man in South America and one of the main men responsible for Neymar's first move to the Catalans in 2013.

PSG have never been comfortable with Neymar's close relationship with Cury and feared it could eventually lead to the No. 10's return to Spain.

Cury has been a frequent visitor to Neymar's mansion in Bougival, a western suburb of Paris. Neymar's pals call him "boss." His dad has even worked with him in the transfer market.

Cury is pretty much aware of every frustration Neymar has had at the Parc des Princes and could be a key man in brokering any return.

PSG have already done all they can to keep Neymar happy

Last season, one of Neymar's best friends had his car and jewelry stolen in Paris. His immediate reaction was to call the police to report the theft, but their unsatisfactory response just left him more frustrated.

He decided instead to turn to Neymar's father for help. In the blink of an eye, Al-Khelaifi was dragged into the situation and was handling it himself.

The French giants have gone the extra mile on more than one occasion to meet the needs of Neymar and his crew, but it hasn't been enough.

It's not that Neymar hates the club and wants to move elsewhere at all costs. He's been very clear about it: He wants Barcelona, no other club. He's been described as "desperate" for this transfer to happen.

Not even PSG's sacking of sporting director Antero Henrique, who never got along with the Brazilian band at the club, changed his mind.

After dressing room bust-ups with Edinson Cavani, Julian Draxler and others, Neymar came to the conclusion that he needs to be with his former team-mates to get his career back on track.

His family are waiting for the move

Neymar shares his house in Paris with three friends. But he has already agreed with his family in Brazil that if he moves back to Barcelona, they will leave their home in Sao Paulo to reunite with him.

His life off the pitch was unsettled after the end of his on-and-off relationship with Brazilian actress Bruna Marquezine.

Even more seriously, he was recently accused of rape by model Najila Trindade Mendes de Souza in a case that is still being investigated. He has denied the allegations and said he was set up.

The 27-year-old has been noticeably more reserved in the past weeks, tending to shy away from public appearances.

Neymar associates a return to Barcelona as a chance to find happiness once again, even if it means a massive wage cut and dropping a €26 million lawsuit against the club over an unpaid bonus.

PSG are changing the way they deal with superstars

PSG are losing patience with Neymar and his entourage, who are driving the move and have been responsible for the leaks to the press.

Despite the Catalans' difficult financial position, Neymar's camp believe it would be possible to tempt the Ligue 1 champions into a sale with a big players-plus-cash deal.

PSG boss Al-Khelaifi recently told France Football that he will not prevent unhappy players from leaving and also seems to have lost his patience with Neymar.

"Nobody forced him to sign here. Nobody pushed him. He came knowingly to join a project," he said in the interview. "I didn't speak directly to Neymar, but to his father. I've told him more than once what is expected of our players."

The club also brought Leonardo back to the club as sporting director earlier this month. The Brazilian is known for his straight-talking approach and talked about the importance of managing "movie star" players like Neymar in an interview with Canal Plus in 2017.

Bartomeu listens to Messi, and Messi wants Neymar back

"Although they're different characters, there's pure harmony between them on the pitch. It may sound like an exaggeration, but I tell you: Messi, Suarez and Neymar are the best of friends—and possibly the best friends in football history," Barcelona midfielder Ivan Rakitic said in an interview with Croatian outlet Jutarnji in 2016.

Since then, not much changed in the relationship between the "MSN."

Messi revealed to Fox Sports in late May that they still remain in contact with Neymar and have a WhatsApp group named "The Three Sudacas [South Americans] or something like that." The bond between them was cemented with barbecues during their weekends together in Barcelona.

Not surprisingly, the Barcelona duo are now pushing with centre-back Gerard Pique for Neymar's return.

The Brazilian forward has naturally encouraged the campaign inside the Camp Nou, mindful that if there's a club where board members listen to their players' demands, it's Barcelona. He's relying on that to escape from PSG, get rid of the contract that ties him until 2022 and come back home. 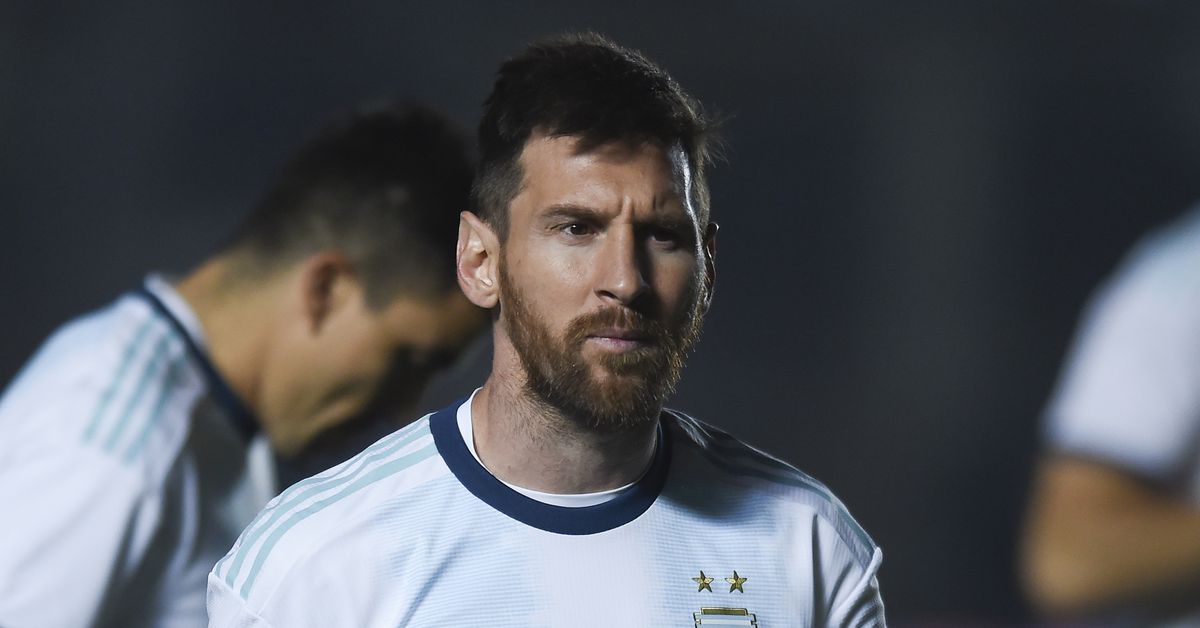