The New York Mets announced Thursday that Yoenis Cespedes underwent surgery and is likely to miss the remainder of the 2019 MLB season.

According to the New York Post's Joel Sherman, the Mets didn't specify the nature of Cespedes' surgery.

The two-time All-Star fractured his right ankle last Saturday while at his ranch in Florida. He had yet to make his 2019 debut after undergoing heel surgery last July.

Cespedes' fall and subsequent surgery add to a year in which almost everything has gone wrong for the Mets.

Jed Lowrie, who signed a two-year, $20 million deal, has yet to appear in a game for the team. He was recovering from a knee injury in spring training when he suffered a hamstring strain during a minor league rehab assignment earlier this month.

Robinson Cano is on pace to finish with career lows in batting average (.241) and slugging percentage (.371). The Mets placed both Cano and Jeff McNeil, one of their few bright spots on offense, on the injured list Wednesday.

General manager Brodie Van Wagenen gave embattled manager Mickey Callaway a vote of confidence as some wonder whether the team may move on from its current manager.

The timing of the announcement about Cespedes puts a damper on the Mets' four-game sweep of the Washington Nationals. New York is still four games back of the first-place Philadelphia Phillies in the National League East, while it's 2.5 games back of the final wild-card place.

According to FanGraphs, the Mets only have a 25.1 percent chance of reaching the playoffs, and those odds won't improve with Cespedes unavailable for the duration of the season.

This Is How the Mets Offense Was Always Supposed to Look 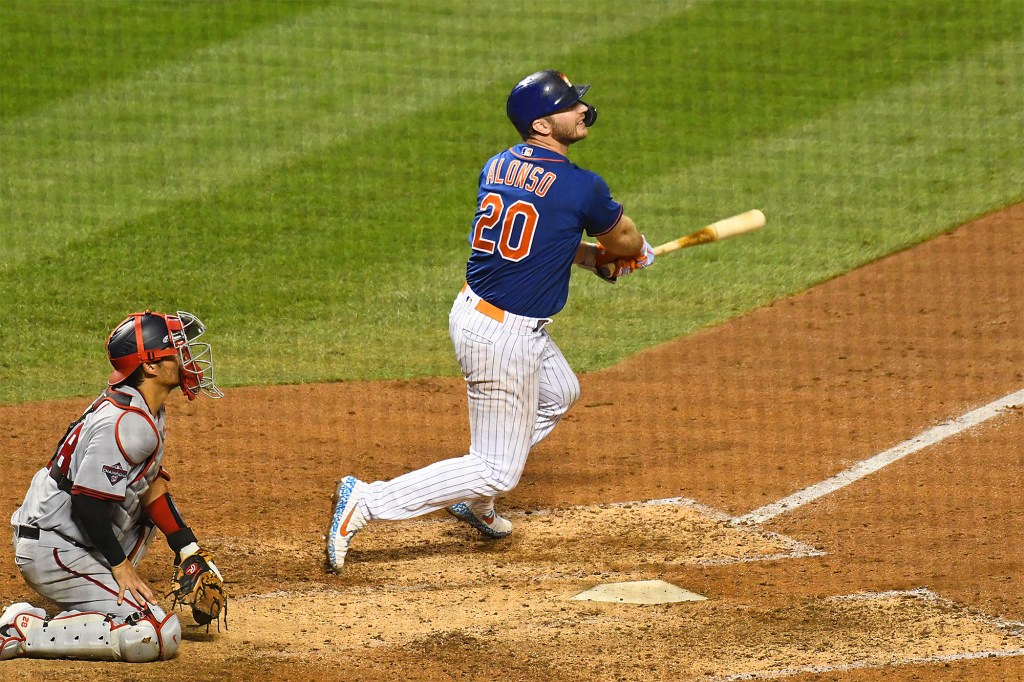 This Is How the Mets Offense Was Always Supposed to Look