The San Francisco Giants announced Thursday they have placed catcher Buster Posey and left-handed starting pitcher Drew Pomeranz on the injured list. Catcher Aramis Garcia and right-handed pitcher Tyler Beede have been called up in their places.

Posey is on the seven-day concussion injured list. Pomeranz landed on the 10-day IL with a left lat strain. Pomeranz's trip to the IL comes amid a 1-4 start to the season with a 5.93 ERA. His last appearance came May 6, when he gave up seven earned runs in 1.2 innings against the Cincinnati Reds.

This is the second time in Posey's career that he will miss games because of a concussion; he sat out seven games in 2017, per Alex Pavlovic of NBC Sports Bay Area. The catcher talked with reporters Thursday about the risks associated with head injuries.

"When you're dealing with the brain, you've got to be cautious," Posey said. "I definitely value who I am and will be as a husband and father, first and foremost. At the same time, I enjoy doing my job and plan on doing my job."

Since suffering severe ankle and leg injuries in 2011, Posey has maintained good health, appearing in 140-plus games in every season from 2012 to 2017. However, he played just 105 games a season ago as he underwent surgery in August to address hip impingement and repair a torn labrum.

The timing of that procedure allowed him to try to get to 100 percent by Opening Day 2019.

Even with the injury, Posey hit .284/.359/.382 in 2018. There was a serious drop-off in power, though, as the four-time Silver Slugger recipient managed just five home runs in 448 plate appearances, one every 89.6 plate appearances.

Now 32 years old, Posey receives the bulk of his starts behind the plate, though the Giants use him at first base as well in an effort to limit the wear and tear his body takes.

With the six-time All-Star sidelined, San Francisco can turn to veteran Erik Kratz or Garcia (19 career MLB appearances) to handle catching duties. Garcia entered the season as San Francisco's No. 15 overall prospect, according to MLB.com. 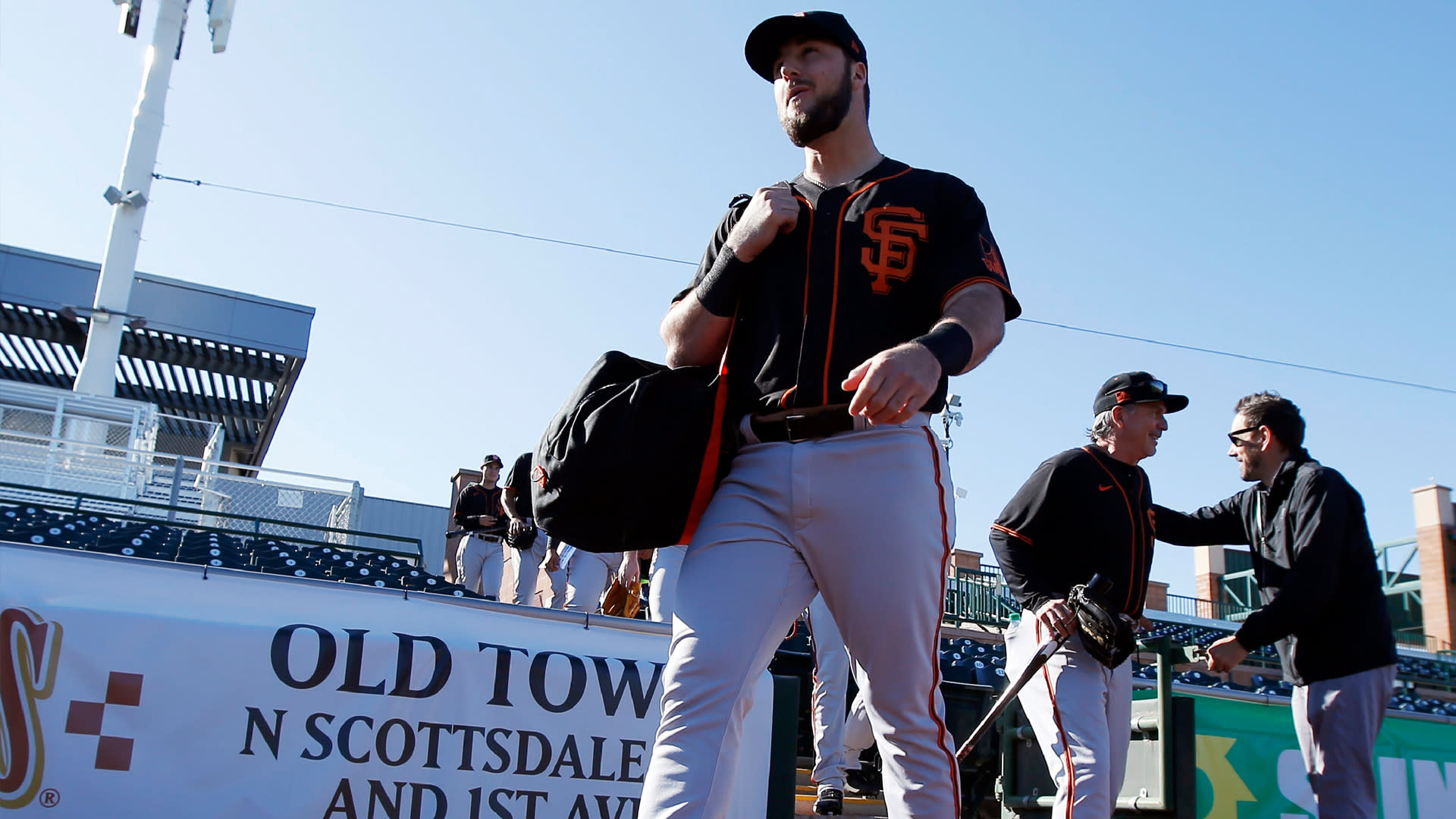