In August, La Liga announced it would play one of its 2018-19 matches in the United States. It came as part of a 15-year deal with Relevent, a sports and entertainment group that runs the pre-season International Champions Cup, which has hosted the likes of Barcelona and Real Madrid on American soil for the last few summers.

Initially, few of the finer details were unveiled beyond the fact that it was a ploy to promote La Liga in North America, the Spanish league's No. 1 target for selling international TV rights and a market that has jumped in value from €220 million in 2015 to €900 million today.

The news came as a bombshell. Toward the end of August, members of the Spanish Footballers' Association—which included 25 club captains and players, among them Real Madrid's Sergio Ramos and Barcelona's Sergio Busquets—met in Madrid to discuss the proposal. Disgruntled, they have threatened to strike.

Rubiales—who made international headlines on the eve of the 2018 FIFA World Cup by sacking Spain's coach, Julen Lopetegui, because Lopetegui was perceived to have gone behind the back of the federation in securing a post as Real Madrid's manager—described Tebas as "rude" for failing to consult him and the other interested parties and says the plan is meaningless without his federation's say-so.

Money talks, however. Girona and Barcelona, the two clubs earmarked for the fixture on January 26 at Miami's 65,000-seat Hard Rock Stadium, are supportive of the move. Both stand to pocket €4 million. "Barca is in favour of playing a game in a strategic market like the U.S.," Barcelona spokesman Josep Vives said. "Everyone can be enriched—from clubs, players and sponsors."

Girona is predominately owned by Manchester City's parent company, City Football Group, and the Girona Football Group, owned by Pep Guardiola's brother, Pere. The club see the Miami game as a chance to grow their brand globally, only a few years after they nearly disappeared in bankruptcy. Last Thursday, Girona released a statement saying it was working on a proposal with La Liga for the match.

As the "home" team for the fixture, Girona's fans stand to lose the most. From B/R's interviews with the presidents of several of their supporters' clubs, the majority are upset by the decision to lose out on such an alluring tie.

"Barca is well known everywhere with supporters' clubs all around the world, but we are a small club that is playing in the premier division for only its second season. We are still trying to consolidate our position, so it's very important for us—this match. The most important matches for us are against Barca and Real Madrid, so people are upset because when they paid for their season ticket, nobody told them this could happen."

Girona has released details of a compensation package for its fans who would like to travel to the game in Miami and for those aggrieved by the missed chance to see the game in their 13,500-seat stadium.

The club has offered 1,500 free tickets to the match in Miami, as well as offering to cover the fare for fans' transatlantic flights. For those wishing to stay on in the city for a couple of days of sightseeing, a package will cost each fan €450 for two nights' hotel accommodation. Those who do not wish to travel can get a 40 per cent refund on the cost of their season ticket or get a ticket for Girona's match against Barcelona at the Camp Nou later this month.

"Well, really what I and most of the fans want is this match to be played in Girona, not in Miami. We don't want to go to Miami," says Lluis Bosch, a spokesperson for Penya Gironina, a supporters' club.

"We understand globalisation and what makes people take these kinds of decisions—for money, for marketing and so on. La Liga is looking for more sources of money in the United States, and that's the reason why they take teams like Barca to play in the United States. Girona is a small team and easier to appease than, say, a Spanish team like Sevilla or Real Betis or Valencia. The fact Girona has only 10,000 members makes it easier to compensate with travel costs or with a season ticket refund than a club with more members."

From a practical standpoint, Alegret is sceptical about the impact that playing one match from a yearly schedule of 380 league games can have on the footballing consciousness of a country on a different continent: "Sorry, but do you really think taking a single football match to the United States will benefit the growth and popularity of Spanish league football in the United States?"

"The excitement of the children who follow Girona is to be able to watch Barca playing here in Girona, so they can see players like Luis Suarez and Leo Messi," says Bosch. "The average age of Girona's fans is very young. Twelve years ago Girona was in the third tier; before, everybody in Girona used to support Barca first. If the match goes ahead in Miami, and if Girona gets relegated, those young children might never get to see Messi. That 'ilusion'—that sense of magic—La Liga is taking away from us; we don't like it."

Eyebrows were raised by La Liga's selection of two Catalan clubs to play the overseas fixture, as the region is mired in a separatist struggle with the Spanish government. The hostility erupted onto the TV and smartphone screens of people around the world almost a year ago when police injured hundreds of voters at polling stations around Catalonia during an informal referendum on independence.

La Liga's chief, Tebas, was a youth member of Fuerza Nueva, Spain's defunct version of the British National Party, and has taken a hardline stance against Catalan independence since coming into office in 2013; for example, he refused Barcelona's request to postpone its league match against Las Palmas on the day of the October 2017 referendum violence.

On September 6, he announced that no Catalan symbolism would be allowed in the Hard Rock Stadium on the day of the proposed match, that the Spanish national anthem would be played before kick-off and that 40,000 Spanish flags would be handed out to fans in their seats, which has irked fans from both Catalan clubs.

"It is a really political move for Javier Tebas to choose Girona against Barca for this tie," says Ernest Pujadas, a member of Almogavers, one of Barcelona's most iconic supporters' clubs. "Girona is a city where [exiled Catalan leader] Carles Puigdemont was mayor. Girona is one of the strongholds of Catalan independence. Its population is about 80 percent in favour of independence.

"Last season, the Girona vs. Barcelona match was the last game before October 1. It was a highly political game. Barca-Girona fans were united. We organised before the match about the demonstrations we were going to do. I think Javier Tebas doesn't want to see another occasion like it—that political game in Girona where Barca fans and Girona fans are united for independence.

"Playing in Miami, giving away 40,000 Spanish flags for free to people who go to the stadium. You wouldn't see more than two or three Spanish flags in a regular Barca game at the Camp Nou, but you will see a lot of Esteladas [Catalan flags]. In Girona's stadium, it is the same—it is almost impossible to see a Spanish flag. Javier Tebas is really clever in simply erasing that match for us and instead trying to play that match in Miami with the national anthems of Spain and the United States beforehand. It's a political move by Tebas to tell the world something that is not true."

Tebas has to negotiate on several fronts to get his proposal greenlit, including with the headstrong Rubiales. But a recent precedent was ironically one organised by Rubiales' federation, which saw Barcelona defeat Sevilla 2-1 in the Spanish Super Cup in Tangier, Morocco, in August. On Monday, plans to hold a UEFA Champions League final in New York were mooted by Mediapro chief executive Jaume Roures in an interview with Catalunya Radio (h/t Sport).

Girona's supporters clubs are weighing up their options. Things will become clearer if the fixture is confirmed. There are talks about making a protest at the club's next home game against Celta Vigo on Monday, according to Bosch, but nothing is confirmed yet. Boycotting the Miami game hasn't been ruled out.

"A boycott is possible," says Xavier Torres, who has been a member of Girona for 22 years. "We are cautious and we will wait until it's official. Why? Because you can't live menacing people. If the match is confirmed, fans through La Liga's Federation of Supporters' Clubs could think about a boycott. It's possible. I have the opportunity to go to the match, but I will stage my mini-boycott by not going. I don't like the way the members have been treated.

"If the club had said at the beginning of summer about the possibility of doing this—before we paid for our season tickets—it would have been better, but the way they did it was hurtful. Girona is a city, but it's really like a big village. We're a very sensitive people. This has caused some painful wounds for us." 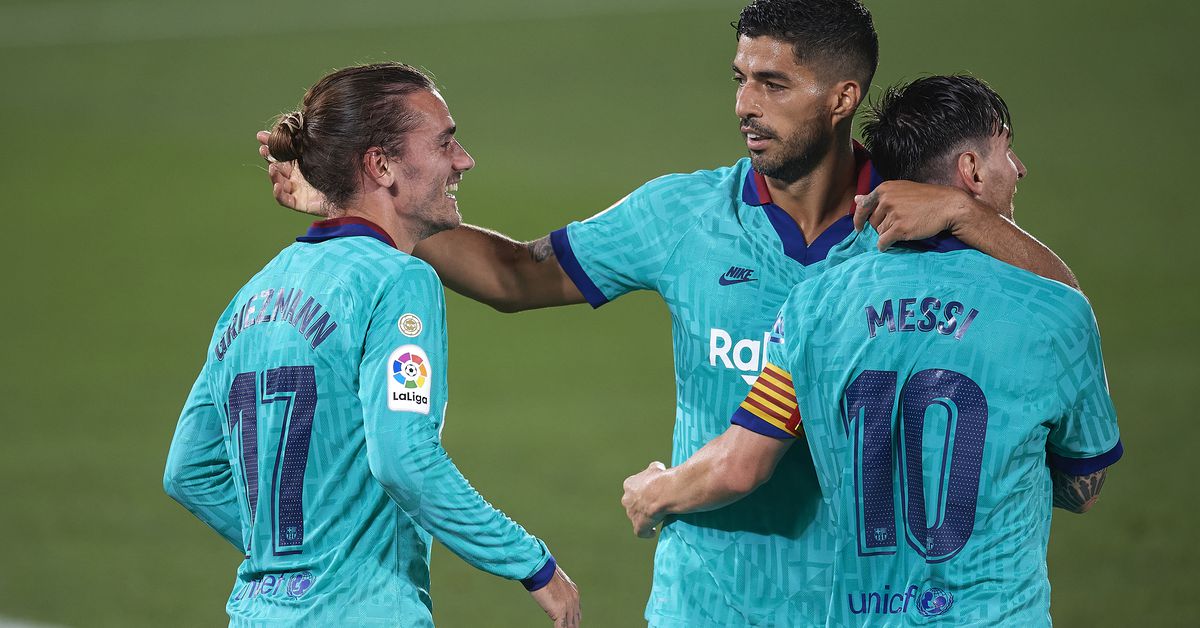