Cleveland Cavaliers star LeBron James isn't panicking following a 108-83 defeat to the Boston Celtics at TD Garden in Game 1 of the Eastern Conference Finals in the 2018 NBA playoffs.

"I have zero level of concern," James said after the game, per ESPN's Rachel Nichols. "I never went to college. This isn't March Madness."

James is right not to overreact. Cleveland missed a lot of open shots and was collectively 4-of-26 from beyond the arc. James in particular was off his game, shooting 5-of-16 and turning over the ball seven times.

The Cavs were minus-32 with James on the floor, which probably won't happen too many more times over the course of the series.

Still, Boston's suffocating defense didn't come as a huge surprise, since that's how the Celtics have played the entire year.

They were first in defensive rating (101.5 points allowed per 100 possessions) during the regular season. In addition, Kyrie Irving's season-ending knee injury is somewhat of a blessing defensively because he would've been a clear weakness the Cavs could've exploited.

It's still too early to consider Cleveland an underdog to reach a fourth straight NBA Finals, but this is arguably the weakest roster the Cavs have had since James returned. A four-game sweep of the Toronto Raptors made some forget the team's glaring flaws, which the Celtics clearly exposed in Game 1.

Cleveland will try to steal a game on the road in Game 2 on Tuesday night. 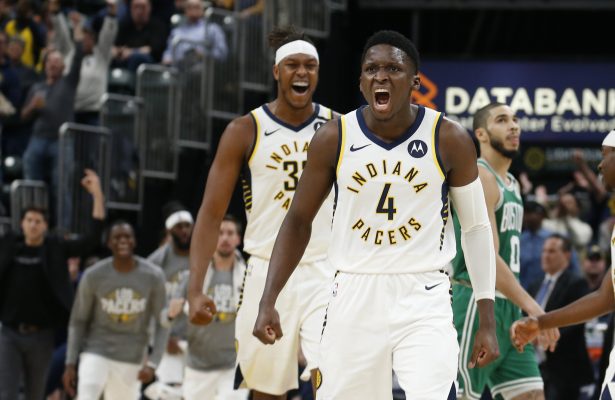