In 2017, NBA players who rap are a dime a dozen (albeit with varying degrees of success). Singing, though, especially as newly minted Pacer Victor Oladipo does on his upcoming R&B EP Songs For You (out Oct. 6), is considerably less common.

The 6'4" guard has been crooning since he was a kid, and with his first single, an updated cover of Donny Hathaway's "A Song For You," he's bringing his talent to the fans who have no idea he's been recording an EP over the past year. (What? You didn't know Victor Oladipo got political on a track with 2 Chainz last month?)

The Indiana Hoosier-turned-Pacer stopped by the B/R office to talk about recording his first EP, joining the Eastern Conference and his social media advice for Kevin Durant.

Bleacher Report: What kind of music did you listen to growing up?

Musiq Soulchild, Anthony Hamilton—those kind of deep R&B guys really made me want to sing. Now that I have the resources and everything to do so, I'm just trying to share my gift with the world.

Believe it or not, when I was in high school, I tried out for the chorus. My high school had one of the best choruses in the country, and I made it. The leader of the chorus was like, "You have a real gift for singing. Are you sure you want to play basketball?" It was too hard to do both, so I sort of had to choose. I was like: "Nah, it's not even close. I want to hoop."

Hooping is what I do—it's who I am—so I chose hooping over singing. It turned out pretty good for me.

B/R: I know you performed an Usher song ["U Got It Bad"] at an Indiana University pep rally. How did that happen?

VO: We had these awards at IU called Spirit Awards. They found out I could sing—I don't know who told them—but they asked me to do the little rendition of Usher. That was the first time I performed in front of a real crowd like that. I wasn't really nervous, and it turned out pretty good. I had a great time.

B/R: Your first single is a cover of Donny Hathaway's "A Song For You" (1971), which isn't necessarily the most obvious choice for someone your age [25]. Are there other singers of that era you like?

VO: Donny Hathaway, Al Green, Marvin Gaye, Curtis Mayfield—I just felt like it might be a cover people hadn't heard before. The second part of the song I put my own twist on [lyrically], gave it more of a modern-day feel. "Take her shopping on Rodeo..."

That's the only cover on the album. The rest of them are originals—I helped write them. I'm getting better at it, trying to learn more. Writing songs is a whole other field.

B/R: In the video, you're playing piano. Do you actually play?

VO: I'm not a great pianist, but I'm decent. My uncle and cousin both play. My uncle plays like 12 different instruments, mostly Christian stuff with the church. My cousin plays piano full time with the church. He's really, really good—it's crazy.

B/R: Being Nigerian, how do you feel about the Afrobeats trend?

Drake's "One Dance" was awesome. That was one of his best songs ever. Hopefully I can do an Afrobeats track one day with Wizkid or something like that. I think that would be awesome. Tekno, Wizkid, guys like that—they're great.

B/R: Who would you say is the most underrated R&B singer of all time?

B/R: Switching to basketball, you moved over to the Eastern Conference this offseason. It seems like even now the operating assumption is the Cavs will win the conference. Do you think that's fair?

Of course the Pacers have a shot. I'm not going to say we don't. I'm definitely going to have that confidence and belief in my teammates that we can beat anybody if we're really locked in.

B/R: What about the Celtics? They're basically a brand-new team.

VO: It's going to be kind of weird to watch, but fun at the same time. It'll be fun to play against those guys.

B/R: Looking back at Kevin Durant's Twitter...faux pas, do you ever feel that urge to clap back online?

VO: People do say outrageous things, especially to people like us. I can only imagine what they say to KD—all that he's been through. It's a part of the sport and what goes into choosing to do what we do. You just gotta try to tune it out as best as you can, but we're human.

B/R: Have you ever heard of other people doing what he did? Making fake accounts?

VO: Nah, that's the first time. There might be more out there, but he was the first one I'd heard of.

B/R: You've talked a little bit about his qualities as a leader in OKC. What would you have done differently?

VO: I just felt like him and Russ [Russell Westbrook] were the best players on [the 2016 Thunder], and like they had enough to make it to the Finals. They were up 3-1, but it didn't work out.

At the end of the day, it's the past—just take responsibility for it and move on. Especially considering the success he had last year, he should just let that go. It's hard being a leader, but that's the role I have now in Indiana.

B/R: Is there any advice you give to younger players about social media in general?

VO: Be wise. Be smart. If your mama wouldn't want to hear it, don't put it on social media—even in the DMs. 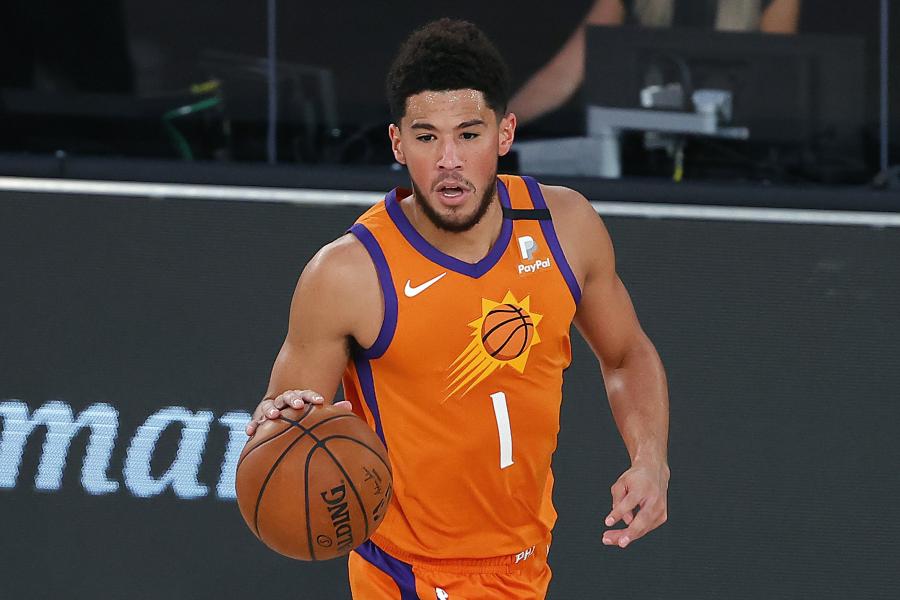