The NBA has 30 teams, but after Kevin Durant decided to sign with the Golden State Warriors in the summer, it feels like there are only two.

Those two, of course, would be the Warriors and the Cleveland Cavaliers.

For the full NBA schedule, be sure to check out NBA.com.

The Warriors are essentially an all-star team, featuring the winners of the past three MVP awards (Steph Curry and Durant), the best shooting guard in the game (Klay Thompson) and one of the most uniquely versatile forwards in the league (Draymond Green).

All the Warriors did last season without Durant was set an NBA record with 73 regular-season wins and reach the NBA Finals, where they blew a 3-1 series lead to the Cavs.

Which brings us to Cleveland. LeBron James remains the league's best all-around player, and for sidekicks he has superstar-in-the-making Kyrie Irving and Kevin Love, who has learned how to sacrifice parts of his game to make the Cavs better. Add in a solid supporting cast, and the Cavs are a legitimate threat to repeat.

So you'll have to forgive many NBA fans and pundits for feeling as though next season will simply be a long prologue before the Warriors and Cavs meet for a third straight time in the Finals.

Anything can happen, of course. Injuries. A team's chemistry imploding. Underachieving. But if all goes to plan, the NBA is going to consist of 28 teams jockeying for position behind Golden State and Cleveland.

Below, we'll break down where everyone projects to wind up, predicting records and playoff percentages for each team while also taking an early look at each conference and title odds courtesy of Odds Shark.

The Eastern Conference, after Cleveland, is fascinating. You could make a strong argument for every team, outside of the Philadelphia 76ers and Brooklyn Nets, reaching the postseason next year.

The Raptors remain one of the better teams in the East. Keeping DeMar DeRozan was crucial, while they replaced Bismack Biyombo with No. 9 overall pick Jakob Poeltl. Jared Sullinger was a sneaky signing and will be a nice addition to the frontcourt. He should improve the team's rebounding in a reserve role.

The Boston Celtics didn't make an enormous splash via trade or free agency, but the additions of Al Horford and rookie Jaylen Brown will make them better in 2016-17. The starting backcourt of Isaiah Thomas and Avery Bradley was excellent last season. Jae Crowder has taken strides in the right direction since joining Boston, and Marcus Smart is a nice option off the bench.

But Horford was the difference-making acquisition. At least, the Celtics believe that's the case, as president of basketball operations Danny Ainge noted in July, per Steve Hewitt of the Boston Herald:

The Celtics don't have the star power to compete with the top-echelon teams in the NBA. But they'll be dangerous in the Eastern Conference next year nonetheless.

The Indiana Pacers should be improved as well. They landed Thaddeus Young, Jeff Teague and Jeremy Evans via trade while signing Al Jefferson in free agency.

The revamped frontcourt is excellent news for Paul George, who was fantastic last season and will have some quality bigs to support him. Teague and Monta Ellis will form a solid backcourt, while Myles Turner will have another season to fulfill his upside.

If the Pacers jell, they could be the biggest threat to the Cavs in the East. George is a legitimate star, and they have an excellent veteran supporting cast. With so many new faces, however, it won't be surprising if it takes the team some time to grow into a cohesive unit.

You might say the same for the Atlanta Hawks, who saw Horford and Teague depart this offseason. But the team added Dwight Howard and both Taurean Prince and DeAndre Bembry in the draft. Atlanta also re-signed Kent Bazemore, so it should once again be a quality team.

But Howard's play will be the difference between the Hawks' contending in the East and languishing on the fringes of the postseason picture. And the Hawks, as you might imagine, are optimistic.

“He can have a huge, positive impact,” the team's coach and president Mike Budenholzer told the Associated Press (via the New York Times). “He can take us to another level if he and everybody are kind of playing and understanding their roles. We feel like it can be special.”

Is Howard really an improvement on Horford, though? Offensively, certainly not. Horford averaged 15.2 points last season, whereas Howard offered 13.7 per game. Howard is a better rebounder and a bigger defensive presence, however, and Budenholzer thinks he'll give the Hawks something they've been missing, per the AP:

He’s more of a traditional center. It’s been clear he’s been one of the top defenders in our league for a long time. Offensively, he’s somebody who’s a presence inside, who’s putting pressure on the rim, whether it be in pick-and-rolls or post-ups. It will probably be something more like what San Antonio had for the majority of time I was there.

If Howard plays like a superstar again in 2016-17, the Hawks will be dangerous.

Two teams that should take a step forward next season are the Washington Wizards and Milwaukee Bucks. John Wall and the hopefully healthy Bradley Beal will lead Washington, while the additions of Trey Burke, Ian Mahinmi, Andrew Nicholson and Jason Smith will improve the team's depth.

Last season was a disappointment for Washington, but it has the talent to return to the postseason this year.

Milwaukee, meanwhile, has an impressive collection of young talent, led by Giannis Antetokounmpo, Khris Middleton, Jabari Parker and Michael Carter-Williams. Matthew Dellavedova was a nice addition to play backup point guard, while Thon Maker is a project but could contribute this season. If Greg Monroe finds a way to fit in Milwaukee's system—or if he's dealt for veteran contributors—the Bucks could be formidable.

Regardless, the ascension of Antetokounmpo to stardom and the team's young talent around him have the Bucks poised to make a splash in 2016-17.

And then everything seems to get pretty murky. The Charlotte Hornets and Detroit Pistons have nice collections of talent but no true superstars. The Miami Heat will compete for a playoff spot if Chris Bosh plays, but the losses of Wade and Luol Deng will sting. The Chicago Bulls and New York Knicks put together odd collections of veteran talent that don't seem to quite make sense.

The Orlando Magic and the Nets don't seem equipped to compete for a playoff spot next season—though of the two, the Magic are far closer to contention—while the 76ers are loaded with young talent but still far away from postseason contention.

The debuts of Ben Simmons, Dario Saric and Joel Embiid will be fascinating, but the Sixers still feel like a team that will hover around the 20-win mark.

Barring injuries or some sort of meltdown, the Warriors will remain the top seed in the West. They have two of the league's top three scorers (Curry and Durant), two of the league's best shooters (Curry and Thompson) and a slew of unselfish players who should coexist without issue. Trying to slow them down may be impossible, though we might expect a slight adjustment period.

But they'll be dominant. Perhaps they won't win 74 games, but they'll dominate nonetheless. 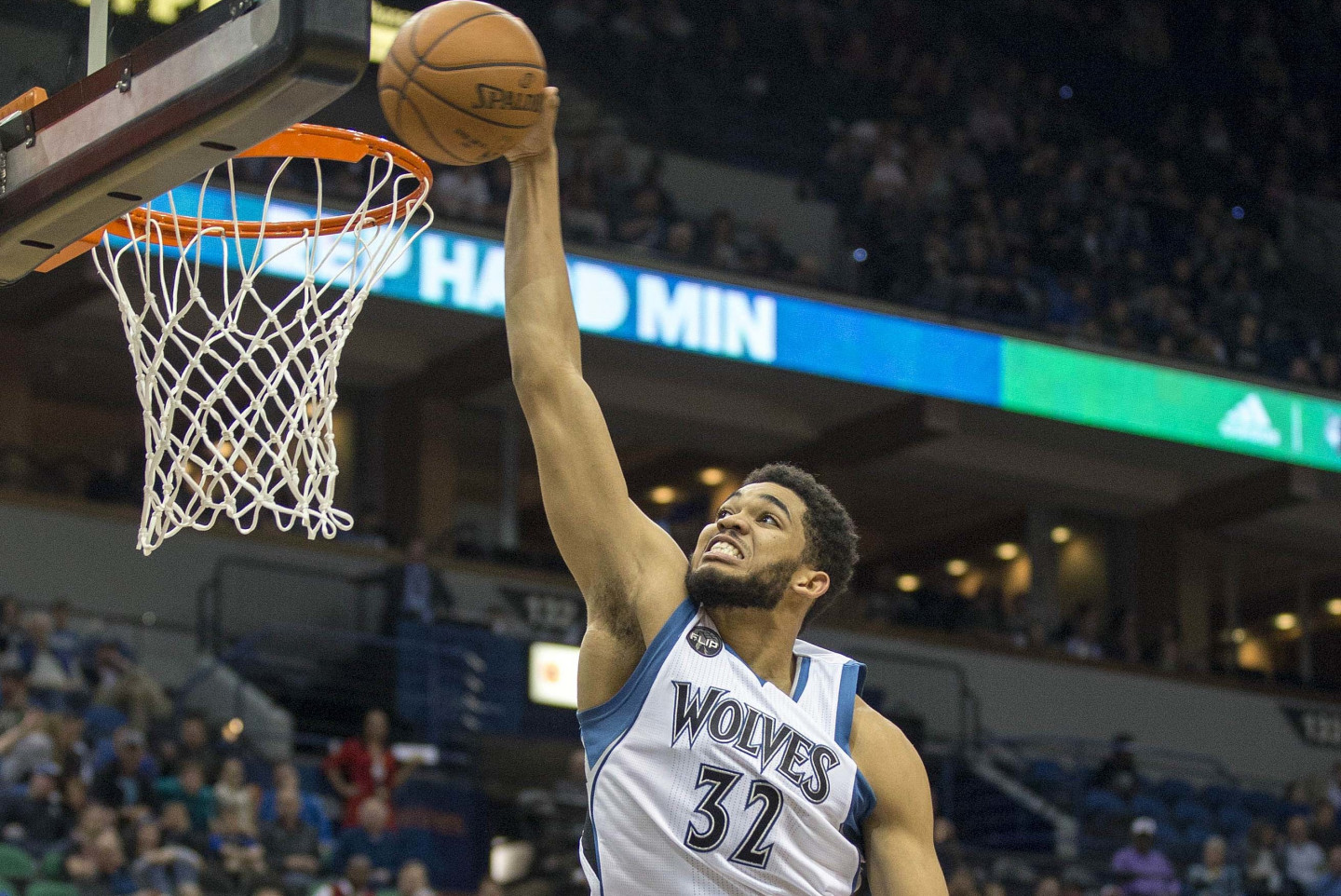 The San Antonio Spurs are the best bet to give them a run for their money. Pau Gasol is a slight upgrade over the retired Tim Duncan, and LaMarcus Aldridge and Kawhi Leonard will combine with him to give the Spurs arguably the best frontcourt in the NBA.

Add in Tony Parker, Manu Ginobili and Danny Green, and the Spurs are a threat. It's hard to imagine them beating the Warriors in a seven-game series, however.

So long as the Los Angeles Clippers have Chris Paul, Blake Griffin and DeAndre Jordan, they'll be in the mix as well.

After that, however, the projections get tougher. The return of Mike Conley Jr. was huge for the Memphis Grizzlies, and landing Chandler Parsons in free agency was a nice get for the team.

"This is the guy we've been seeking for a number of years," Grizzlies general manager Chris Wallace said of Parsons in July, per Tim MacMahon of ESPN.com. "He fits the description for that perimeter star to a T that we've been searching so aggressively for for so many years."

And Parsons sees himself fitting in well with the team's core that includes Conley, Marc Gasol, Zach Randolph and Tony Allen:

I think you add a guy like me who's hungry and willing to take the big shot and really be the versatile forward that this team's been missing. I think my game really complements their game and vice versa. Grit 'n Grind or not, I think we're going to mesh very, very well together, and I think those guys are a perfect group of players to play with me.

The Grizzlies could be dangerous in 2016-17. Probably not dangerous enough to move the Warriors or Spurs from the West's top two seeds but dangerous nonetheless.

Meanwhile, the Thunder are a tough team to project. Losing Durant, Serge Ibaka and Dion Waiters didn't make them better, but Russell Westbrook is arguably a top-five player in the league, and Steven Adams, Victor Oladipo and Ersan Ilyasova are nice pieces. Rookie Domantas Sabonis could also make a nice impact immediately.

Westbrook alone is probably enough to get the team into the postseason (if he isn't traded, that is). But the Thunder went from being one game away from the NBA Finals last season to potentially fighting for their playoff lives this year.

The Jazz look like a solid playoff team, at least on paper.

Portland, led by Damian Lillard and C.J. McCollum, should once again be a playoff contender, while new head coach Mike D'Antoni and free-agent additions Ryan Anderson and Eric Gordon should be a nice match, schematically, with James Harden in Houston. The Rockets should sneak into the postseason once again, even if they are the league's worst defensive team.

Offensively, at least, they'll be a blast to watch.

For Dallas, Harrison Barnes, Andrew Bogut and Seth Curry were nice additions, but the loss of Parsons will hurt. The Mavericks will be fighting tooth and nail for a playoff spot in 2016-17, and if Dirk Nowitzki's game takes a dip at all, they aren't going to reach the postseason.

Anthony Davis and the New Orleans Pelicans could return to the postseason on his talent alone, though the loss of Anderson and Gordon seems too much to overcome. In the long run, however, the Pelicans could be good after a nice draft that netted them Buddy Hield and Cheick Diallo.

The Minnesota Timberwolves and Denver Nuggets are poised to take huge steps forward, as each team has an impressive collection of young talent. Neither team is probably likely to reach the postseason this year, but both will be competitive.

The additions of Brandon Ingram, Luol Deng, Timofey Mozgov and Jose Calderon should help the Los Angeles Lakers take a nice step forward, while the retirement of Kobe Bryant should give D'Angelo Russell the opportunity to grow as a player this season.

Finally, the Phoenix Suns had a nice draft, landing Dragan Bender, Marquese Chriss and Tyler Ulis, though they are clearly in rebuilding mode. And the Sacramento Kings are a mess. They probably should trade DeMarcus Cousins and begin their own rebuilding process.