Teams around the league are beginning to prepare for free agency. That was evident on Wednesday as the Green Bay Packers and Detroit Lions both made big moves to free up spending money.

Green Bay released linebacker A.J. Hawk, the team's all-time leader in tackles, according to Rob Demovsky of ESPN.com. Also on Wednesday, the Lions cut ties with running back Reggie Bush, as reported by Michael Rothstein, also of ESPN.com.

While the Denver Broncos' plan for free agency may not include releasing any long-term players, they certainly have their work cut out for them.

Most of the issues for the Broncos lie within bringing back some of their own players—or making the decision not to in some cases.

Over the last two years, general manager John Elway has been wildly successful in free agency, talking players like Wes Welker, Emmanuel Sanders, DeMarcus Ware, Aqib Talib and T.J. Ward into coming to Denver. However, this offseason will present a much different challenge.

The Broncos will need to follow a strict plan in order to have a successful offseason. That plan should go something like this.

Get Peyton Manning to Restructure

This is an absolute must, and as Mike Klis of The Denver Post writes, these talks are already in the works.

This is a smart move for all involved. Manning is set to make $19 million in 2015, and that number must be brought down. If the Broncos are able to work it out right, Manning won't have to take a pay cut at all.

Instead, his deal could be restructured so his base salary isn't as high in 2015, creating added cap space. The remainder of the deal could just be paid in later years when the salary cap would likely be higher.

That money would count against the cap at some point, but if Manning is coming back for one more run at a Super Bowl at 39 years old, Denver needs as much money under the cap as it can get.

Peyton Manning will be 39 this year. No 39-year-old starting QB has won a Super Bowl pic.twitter.com/mtq1RsAKxV

As Klis points out in his piece, the restructured contract Tom Brady agreed to years ago—the one he consistently receives praise for as being unselfish—actually turned into an increase in pay for the New England Patriots' quarterback.

Manning could do the same thing. But even if he couldn't, he has become a very wealthy man in his NFL career. If he is serious about winning another championship, this move must be made.

This is a move any Denver fan should be expecting, but it's still part of the process.

Demaryius Thomas will almost certainly receive the team's franchise tag, paying him an average of the top five wide receivers in the league.

That number will be around $13 million, a number that will seriously hamper the team's ability to keep some of its own players, as it will count against the salary cap.

However, the Broncos don't have much choice. If they allowed Thomas to hit the open market, teams around the league would swarm to him, and he'd leave town with a massive contract.

This will also give the Broncos the best chance to negotiate a new, long-term deal with their star receiver.

Do Whatever It Takes to Keep Terrance Knighton

Who is Denver's most important unrestricted free agent? Aside from Thomas, you'd have a hard time arguing that it's not Terrance Knighton.

The Broncos were behind only the Detroit Lions in run defense last season, giving up less than 80 yards per game. That wouldn't have been possible without Knighton.

Despite some weight issues, Knighton has rejuvenated his career in Denver. But he'll be looking for a big payday as a result, and it's not likely he'll take a hometown discount.

The Oakland Raiders—where Jack Del Rio is the new head coach—are a team that could come after Knighton. Del Rio drafted Knighton in Jacksonville and coached him in Denver. The Raiders have the cap room to sign him too.

Behind Knighton, the Broncos only have Sylvester Williams and Marvin Austin at defensive tackle. Mitch Unrein is an unrestricted free agent as well.

For a team moving to a 3-4 defense under Wade Phillips, that isn't too promising. Knighton won't be easy to keep, but the team needs to make sure it happens.

That could mean allowing other free agents like Rahim Moore and Orlando Franklin to go, but Knighton is vital to the future of the defense.

Be Aggressive with the Tight End Position

To start with, the team needs to sever ties with Julius Thomas. He is a very talented player, but the Broncos aren't going to be able to keep him around at the price he is going to demand.

So allow him to go elsewhere, and focus on signing Virgil Green. Though Green has never really been able to show what he can do as a receiver, he is an excellent blocker. He brought something to the rushing attack last season Denver won't be able to replace.

Green will be a bargain compared to what Thomas will cost.

Indy buzz about Julius Thomas includes #Falcons jumping into the mix as teams who might go after him, #Jaguars have strong interest

He is another player the Broncos could get at a decent rate.

While Daniels may not have the athletic ability that Thomas brings, he can put up big numbers and be the type of consistent, reliable target Manning had in his days with the Indianapolis Colts.

Daniels and Green would be a potent combination, and fans would soon forget about Thomas.

Last but certainly not least is the offensive line. There are several positions that need to be addressed there.

The Broncos can do that in the upcoming draft, but finding reliable, experienced veterans to help fix the offensive line may be the biggest key to this offseason.

Bryan Bulaga is a player the Packers would like to have back, but the Broncos should make a big push for him.

Bulaga is a strong player who, when healthy, can be an effective right tackle in both passing and running situations.

Last season the Broncos stuck Louis Vasquez at right tackle, and needless to say, it didn't work out as well as the team would have liked.

Vasquez made the Pro Bowl at guard in 2013. But in 2014, the Broncos often needed to bring in an extra blocker on his side. Guard is where he is most effective, and signing Bulaga would allow the team to move him back there.

The team could save a total of $4.4 million against the cap if it releases Manny Ramirez and Chris Clark prior to June 1. Those are two moves that need to happen.

Orlando Franklin is going to be hard to keep in Denver, creating a huge hole at one of the guard spots.

The Broncos could turn to free agency and try to sign Mike Iupati, who has played for the San Francisco 49ers for the past five seasons, being selected to the Pro Bowl in three of those.

If not him, the team could see what it has in Michael Schofield or even Ben Garland, but that could be risky.

Finally, Denver needs a new center. No, Will Montgomery is probably not it unless the Broncos can bring in Kansas State's B.J. Finney through the draft.

If not, they may need to turn to free agency for a younger option.

buzz building about the #Broncos looking to free agency for a left guard, the name that keeps coming up? Mike Iupati

Players such as Rodney Hudson, A.Q. Shipley and Stefen Wisniewski could all be targets.

Last season, the constant shuffling of the offensive line while trying to find the best combination cost the Broncos. They need to figure that out much earlier this season, and that starts with free agency. 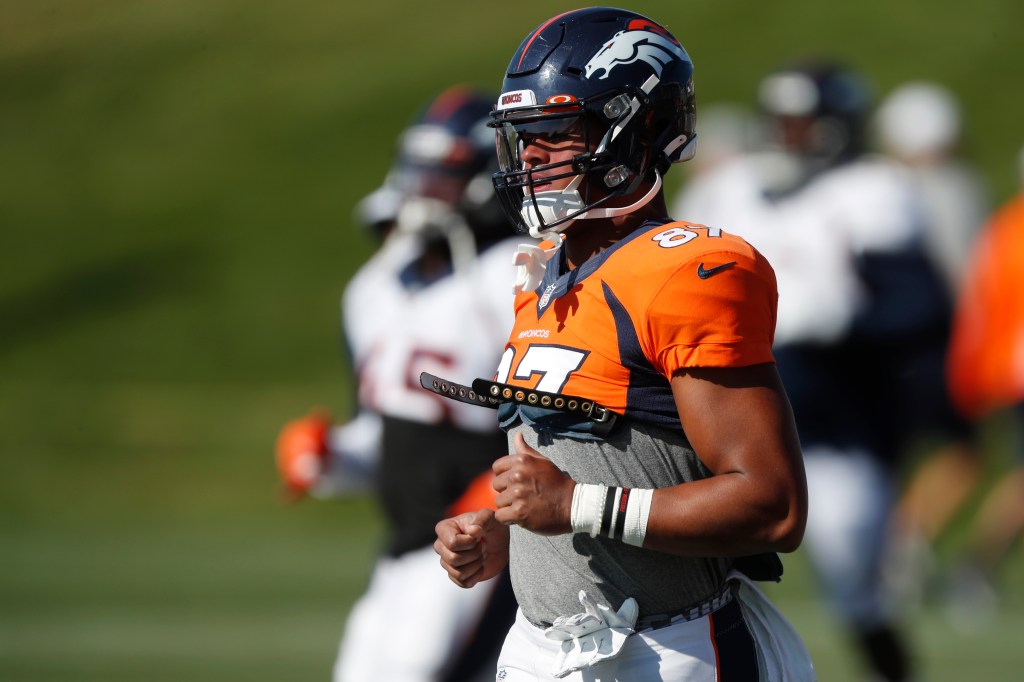 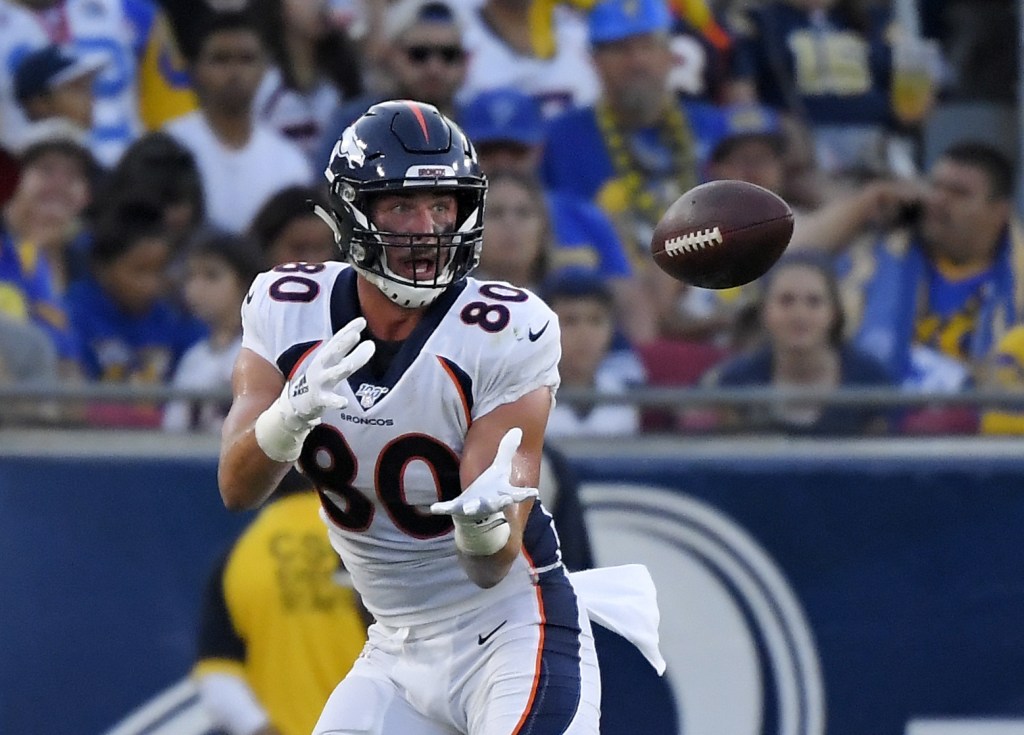 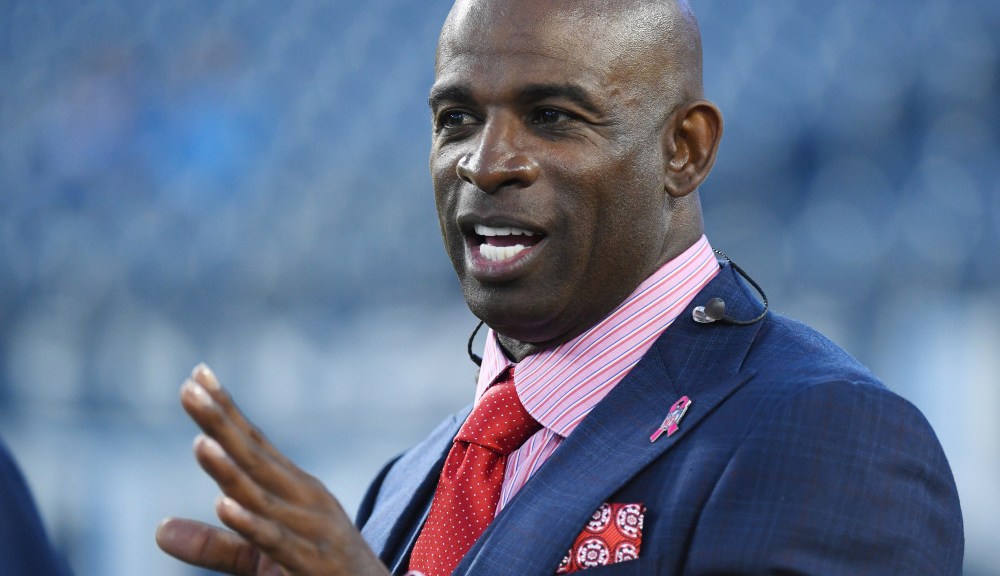