Even Philadelphia Eagles head coach Chip Kelly had to admit during his Monday press conference, via the team’s website, that the Seattle Seahawks have the best secondary his squad will face all season. Kelly added that Richard Sherman and Earl Thomas are probably the best cornerback and safety in the NFL, respectively.

So is it any coincidence that the four teams to have beaten Seattle in 2014 all experienced some measure of success on the ground?

LeSean McCoy has been on a roll the past two weeks, which he better be, because the Eagles likely want to lean on their bell-cow back on Sunday. With 289 yards, a 6.3 average and two touchdowns rushing versus the Tennessee Titans and Dallas Cowboys, all of a sudden, the two-time All-Pro is playing his best football at exactly the right time.

The right time being December, with the defending Super Bowl champion Seahawks and their freakishly dominant pass defense headed to South Philly.

All the credit in the world to Mark Sanchez, who looks like a new man in his first season under center for the Eagles, but better signal-callers than him have tried—and failed—to solve Seattle’s secondary. Only one offense in the league has completed more passes of 20 yards or more (51), but no defense has allowed fewer (26).

Philadelphia can certainly attempt to minimize Sherman’s impact by lining up its least talented wide receiver—Riley Cooper—to the cover man’s side of the field, then never look in that direction. No doubt, Kelly will play the matchup game at least some of the time.

Cutting the field in half might help, but Pro Bowl safeties Thomas and Kam Chancellor are still patrolling the middle and deep areas. It’s not a foolproof plan by any means, least of all with Sanchez, who hasn’t entirely shed the turnover-prone label yet.

As the data suggests, the Eagles need McCoy and the ground attack to alleviate some of the pressure on the quarterback. Five teams have rushed for over 100 yards against the Seahawks this season. Four of those teams won the game.

It’s not as if McCoy’s recent uptick in production after a disappointing start is without explanation, either. Philadelphia has been counting on this since All-Pro left guard Evan Mathis, dynamic center Jason Kelce and second-year right tackle Lane Johnson began returning from extended absences.

Kelly commented on how having those guys working together again has led to improved efforts in the running game.

In all likelihood, the Eagles must see that continuity carry over into Week 14, because as the numbers suggest, it usually doesn’t end well for teams that are forced to take to the air against Seattle—not with Sherman, Thomas and the rest of the Legion of Boom lurking.

Make Russell Wilson Beat You Through the Air

The Eagles aren’t the only team who want to pound the rock on Sunday. That’s been the Seahawks’ bread and butter on offense all along—only the game plan isn’t as simple as shutting down Marshawn Lynch.

Lynch enters the game fifth in the NFL with 956 yards rushing, 44 shy of his fourth-consecutive 1,000-yard campaign and sixth in nine seasons. And not unlike McCoy, the four-time Pro Bowler has been on a roll of late, eclipsing the century mark in three of Seattle’s last four games.

But Lynch is nowhere near solely responsible for the league’s No. 1-ranked rushing offense. Philadelphia’s defense must also find a way to slow down Russell Wilson, who leads all passers and is 15th among all ball-carriers with 679 yards—with his legs.

The Eagles are familiar with the challenges a bruising back like Lynch can pose and generally do a good job of limiting such a straight-forward attack. Philadelphia’s defense has only allowed two 100-yard rushers over the past two seasons.

Despite Seattle’s lack of standout weapons in the passing game, Wilson is incredibly difficult to defend.

Since his selection in the third round of the 2012 draft, the Seahawks haven’t asked Wilson to win many games through the air, so the absence of name receivers isn't necessarily a huge issue. Seattle is currently dead last in pass attempts, and has never finished higher than 31st as long as Wilson has been at the helm.

Don’t mistake that for the coaches taking the ball out of the quarterback’s hands, though. Wilson is well over his personal best for rushing yards in a season and needs only six more carries to surpass his previous career high in attempts.

If anything, the ball is in Wilson’s hands more than ever. How do the Eagles defend that?

Consider this: Over the last three regular seasons, Wilson has a 32-12 record as a starter. In wins, he averages 6.9 rushing attempts. In losses, he averages 4.9.

That may seem like a very minor discrepancy, but given the sample sizes, it’s huge. Sure, the Seahawks have lost some games where Wilson posted a big day on the ground. However, in seven of their 12 losses—over half—Wilson has run three times or less.

That frequency seems far too high to be purely coincidence. Maybe it is, maybe it isn’t, but based on the data, Philadelphia’s best chance at stopping Seattle's offense is to prevent Wilson from taking off with the football.

That means keeping Wilson inside the pocket, where at 5’11” his vision can be obscured, rather than employing an all-out pass rush. That probably means using a linebacker spy—either Connor Barwin or Mychal Kendricks—on a high percentage of plays.

However the Eagles do it, they want to force Wilson to beat them through the air. It’s not that he isn’t capable of doing it, and against Philly’s 26th-ranked pass defense such a game plan might sound like crazy talk. That being said, if the Eagles can make Wilson one-dimensional, the evidence suggests their chances of winning improve substantially.

Of course, as Wilson's record would indicate, that part is a lot easier said than done. 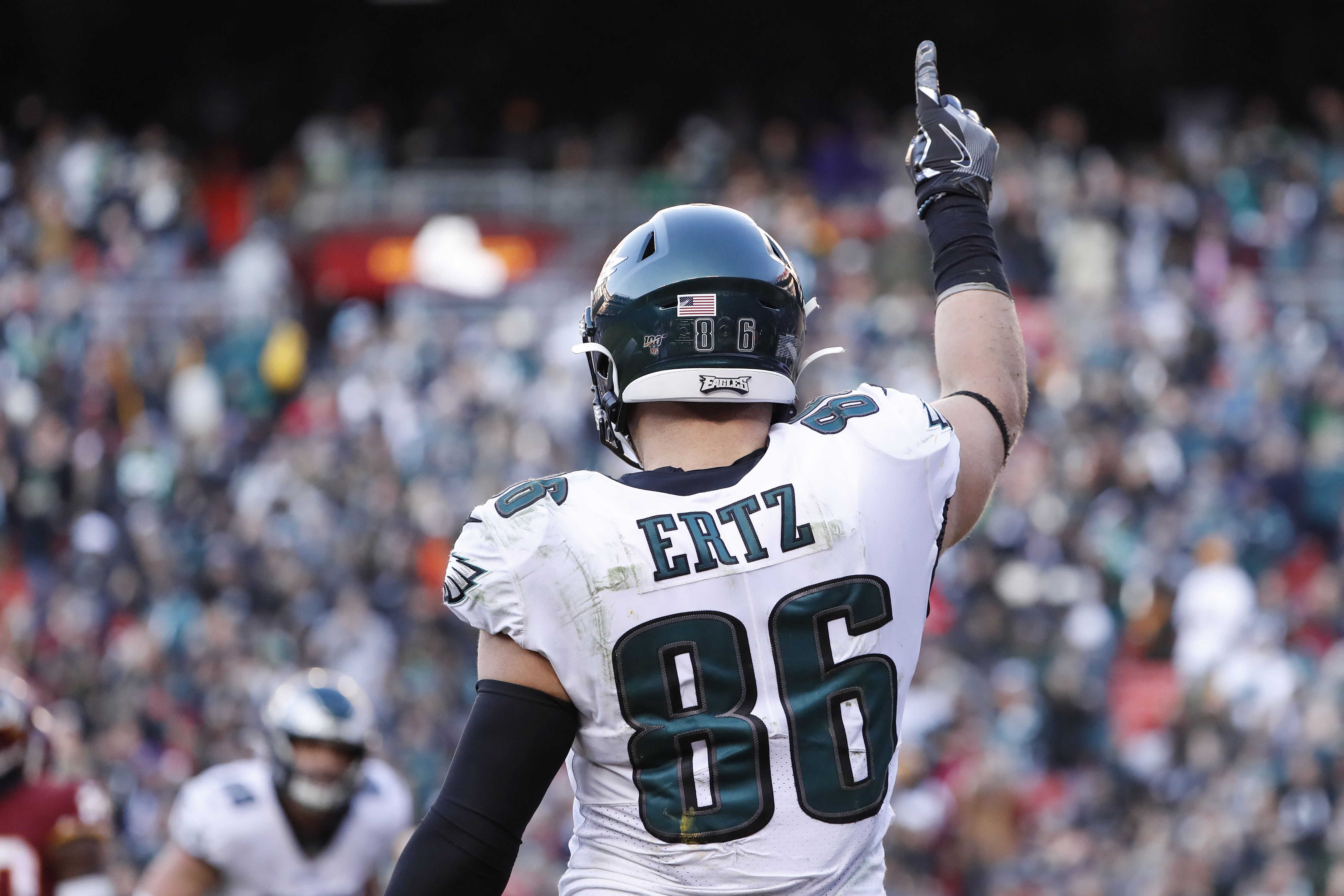