The Los Angeles Lakers are in desperate need of help on the wing.

With Xavier Henry officially out for the season after undergoing surgery to repair a torn left Achilles tendon, and the Lakers lacking reliable perimeter defenders in a group that includes Kobe Bryant, Wayne Ellington, Nick Young and Wes Johnson, an injection of two-way competency is sorely needed.

The Lakers could especially use a bit of positional versatility when it comes to the two forward spots, considering Julius Randle is sidelined for the remainder of the season and Ryan Kelly is slated to miss more than a month with a tear in his hamstring.

Fortunately, reinforcements may soon be on the way.

According to Yahoo Sports' Adrian Wojnarowski, the Lakers are closing in on a one-year agreement with swingman Earl Clark:

Clark has averaged 29 points per game for the Rio Grande Valley Vipers of the NBA Development League, and the eventual finalization of a deal could bring Clark back to the Lakers in the next few days, sources said.

Clark, of course, is familiar with the Lakers after he parlayed a successful 2012-13 campaign into a two-year, $9 million deal with the Cleveland Cavaliers two summers ago. That stretch didn't last long, though, after Clark was dealt to the Philadelphia 76ers and eventually waived before joining the New York Knicks on a pair of 10-day contracts and eventually linking up with the D-League circuit.

Appearing in 59 games (36 starts) with the Lakers, Clark proved capable of slotting in as either a 3 or 4, crashing the boards and providing a spark in transition while knocking down the occasional three.

So with the 6'10'' journeyman on the cusp of returning to Hollywood, it's time to examine how Clark can piece together another prosperous stint in Tinseltown.

It would be a stretch to call Clark a three-and-D specialist, because his outside shooting credentials (or lack thereof) don't warrant such a label.

For his career, Clark is a 33.1 percent shooter from three, and his 33.7 percent conversion rate during the 2012-13 season fell right in line with that average.

As you can see in the following shot chart from Nylon Calculus, Clark was a fairly pedestrian three-point shooter during his time with the Lakers, but he's capable of thriving in spot-up situations from the right side of the floor. In fact, 100 percent of his three-point attempts were assisted during his lone season with the Lakers, according to Basketball-Reference.com.

It may not seem like much, but with the Lakers possessing virtually no frontcourt floor-spacers, Clark's presence may provide L.A.'s low-post bangers with just a bit more space to operate in the pick-and-roll.

However, as Grantland's Zach Lowe cautioned back in January 2013, Clark's not respected enough as a marksman to consistently draw the attention of help defenders.

"Earl Clark is a nice athlete, helpful on defense and on the boards, but he’s not going to space the floor for Howard pick-and-rolls — which haven’t been all that effective on their own, anyway," Lowe wrote.

The Lakers currently rank dead-last in three-point field-goal percentage, knocking down 28.9 percent of their attempts from deep. According to NBA.com, the Lakers could use some serious help from the corners, where they're shooting a meager 33.3 percent (14 of 42), well below the league average of 39.8.

Fortunately, Clark displayed a deft hand from the corners during his first rodeo with the Purple and Gold.

According to Basketball-Reference.com, Clark knocked down 38.5 percent of his corner attempts with the Lakers, shots that accounted for 25 percent of his total shots from deep.

If that distribution can creep closer toward one-third of his total three-point attempts, Clark should be able to find some easy catch-and-shoot opportunities via ball-handlers' dribble-drives.

More important than Clark's three-point shooting will be his ability to provide some defensive relief on the perimeter.

With a 6'10'', 225-pound frame, Clark has defended both 3s and 4s throughout the course of his career. And with the Lakers ranking 28th overall in opponent's three-point field-goal percentage (40.3) ahead of only the New York Knicks and Minnesota Timberwolves, according to TeamRankings.com, Clark's length could be put to good use.

During the 2012-13 season, Clark actually ranked fifth on the Lakers in defensive win shares (1.5), according to Basketball-Reference.com, behind Dwight Howard, Kobe Bryant, Metta World Peace and Pau Gasol. It's also worth considering that Clark owned the team's second-highest defensive rating (min. 25 appearances) at 105 points per 100 possessions, which is startling when you consider no Lakers player this season has compiled a defensive rating better than 113, per Basketball-Reference.com.

Clark's also been a serviceable rebounder when allotted steady doses of playing time, evidenced by his career mark of 7.7 boards per 36 minutes.

Ironically, just like Mike D'Antoni's fractured squad a couple years back, Byron Scott's Lakers need Clark to step up on defense first and worry about scoring the rock later.

As D'Antoni told the Los Angeles Times' Ben Bolch, "Just his defense alone will help us. Whatever else is gravy."

With the 2014-15 Lakers hemorrhaging a league-worst 117.2 points per 100 possessions, it's imperative that Scott employs Clark early and often as a defensive stopper capable of providing flurries of points here and there.

While the Lakers need a serious boost at the 2 behind Bryant, Clark's minutes are going to come at the two forward spots.

According to Basketball-Reference.com, Clark played 73 percent of his minutes at the 4 under D'Antoni while another seven percent came at the 3. However, given that 89 percent of Ed Davis' minutes off the bench have come at power forward, Clark would seem to make some sense as an oversized 3 who can help patch up some of the team's glaring defensive woes out beyond the free-throw line.

But after Cleveland's experiment to start Clark at the 3 quickly went up in flames when he shot 37.5 percent from the floor and 34.5 percent from three, it became clear his more natural position is still the 4.

Clark's prototypical power forward stature will also allow Scott to get creative with lineups, meaning he could toy with five-man units that allow Clark to line up alongside Nick Young or Wesley Johnson, which would theoretically give L.A. a bit more balance across the board.

There are no guarantees Clark will make a significant impact, but if the past is any indication, his ability to find a niche on a team that has plenty to fill shouldn't be too difficult.

All statistics courtesy of Basketball-Reference.com and current as of Nov. 26 unless noted otherwise. 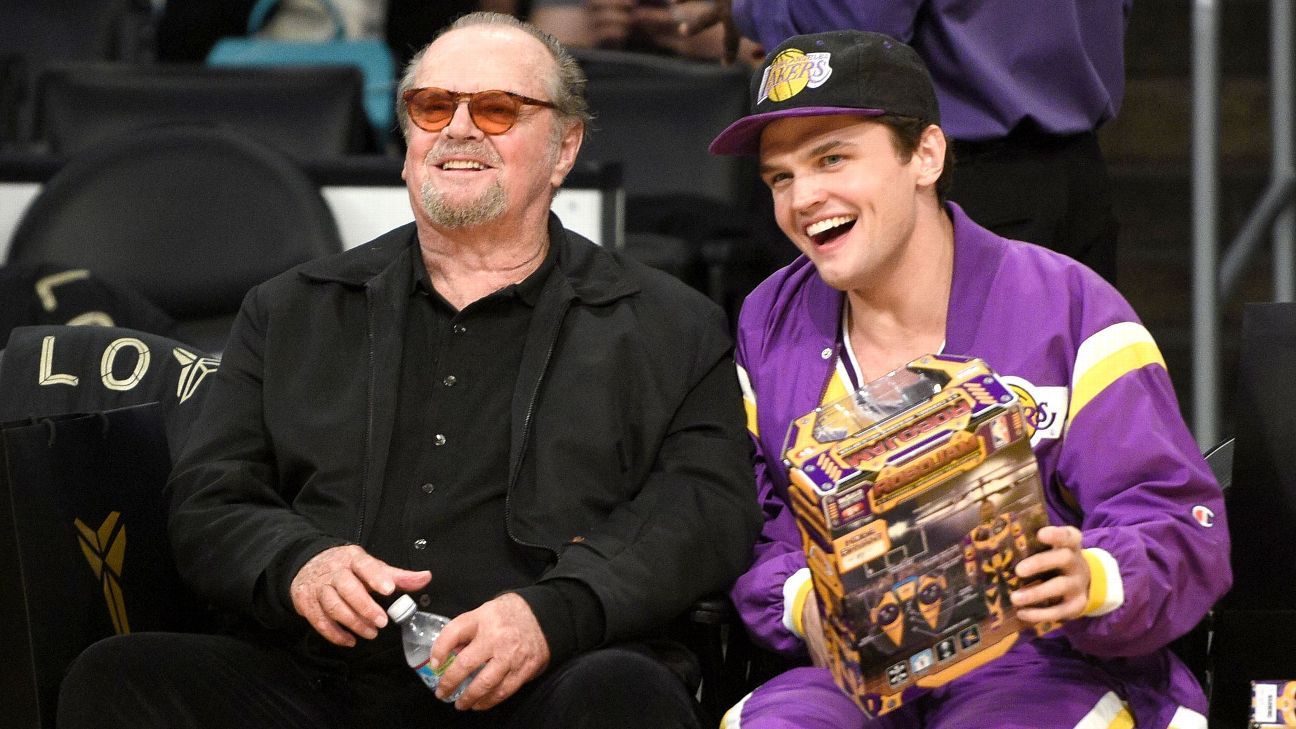