Trey Ball is the most intriguing prospect in this year's draft class because of his upside as either a left-handed starting pitcher or a corner outfielder. Where he winds up depends on what the team wants, or, more likely, where it sees him having the most upside.

A star on the showcase circuit last summer, Ball has played his senior season in high school trying to live up to his immense hype. His season starts later than a lot of top prospects playing at an Indiana high school, but he hasn't been as consistent on either side of the ball.

Still, a 6'6" left-hander with a ton of projection and one of the highest ceilings in this class, he is going to overcome a less-than-stellar performance and completely warrants a first-round selection.

Note: Numerical scores are on the conventional 20-80 scouting scale, where 50 is average, with the current score first and projected score second.

Above-average bat speed; still figuring out how to control long limbs through swing to make hard contact; lacks pitch recognition and hasn't faced quality off-speed stuff in high school; quick, simple load allows him to get bat head through zone; likely will have to start slowly in professional baseball to get tested against quality pitching to improve bat control and pitch recognition; projects to hit for solid average.

Bat speed and frame lead to above-average power potential; will show raw power in BP but has yet to fully translate it during games; experience against quality pitching and added muscle will lead to realization of power; doesn't use big load, so bat speed will have to be the source of pop in his bat; should hit around 20 home runs per season at peak.

Still learning how to read ball out of the pitcher's hand; pitch recognition is well below-average but should improve with professional experience and coaching; easily fooled by even below-average off-speed stuff; Likely won't ever be better than average in terms of recognizing pitches, working counts and drawing walks.

At present a plus runner, but when frame fills out and as he ages, speed is likely to decrease; given size and length, could stay plus runner because he is able to take longer strides than most players; initial burst isn't great, but makes up for it with size and solid baserunning instincts.

Speed could allow him to play in center field, but more likely moves to right field as he slightly slows down; plus arm strength and accuracy will play anywhere in the outfield, though right field would be ideal spot; just needs experience to improve instincts and ability to read the ball off the bat.

Touches 92-93 off the mound and could make that his average velocity when frame fills out; accuracy is above-average right now and will improve in time; profile fits the model of a plus defensive outfielder.

Tremendous athlete; height and delivery give big downhill plane to fastball; very long limbs that get great extension on delivery, though tends to cut off arm after release; plenty of room to fill out frame, adding velocity to pitches and power; stands tall over the rubber and generates very good arm speed; needs to use lower half more to relieve some pressure on shoulder, but not a huge concern.

Flashes plus velocity in 92-93 mph range, but will sit 89-91; velocity will spike when frame fills out and should touch 94-96 at peak; not a ton of movement on the pitch, though that could change when he learns to finish delivery; command is inconsistent at present but will get better with age.

Above-average curveball at times but needs to find more consistent release point; tremendous shape and depth; sits in high 70s with late break; should turn into his best weapon when he learns to command it and finds consistency with release point.

Still learning to throw changeup; will need to feature pitch more in pro ball to get right-handed hitters out; features late fade in the zone, being able to induce weak contact; more than enough velocity separation from fastball; sits in 76-80 mph range right now and should get a little quicker in the future; ability to hide ball and throw with same arm speed as fastball should make it at least an average offering.

Body control will dictate how well pitch control develops; size will lead to some inconsistent release points and mechanics; full-time move to pitching should make it easier to throw strikes on a regular basis.

Will have to spot fastball in pro ball, which is not something he appears to be capable of right now; extension out front will help keep hitters off balance; hasn't shown average command of any pitch against high school competition but gets away with it due to advanced velocity.

Ball has a commitment to the University of Texas, one of the better baseball schools in the country. Given how raw he is and potential to play two ways in college to carve out his niche, he could decide that school is the best option for him.

But considering that Ball is already regarded as one of the top talents in this draft with more upside than a lot of players taken in the first round, a big signing bonus could be too much to resist. 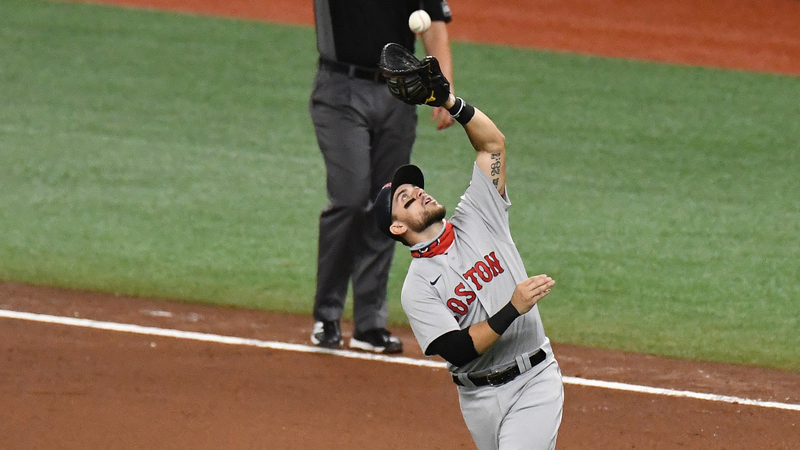 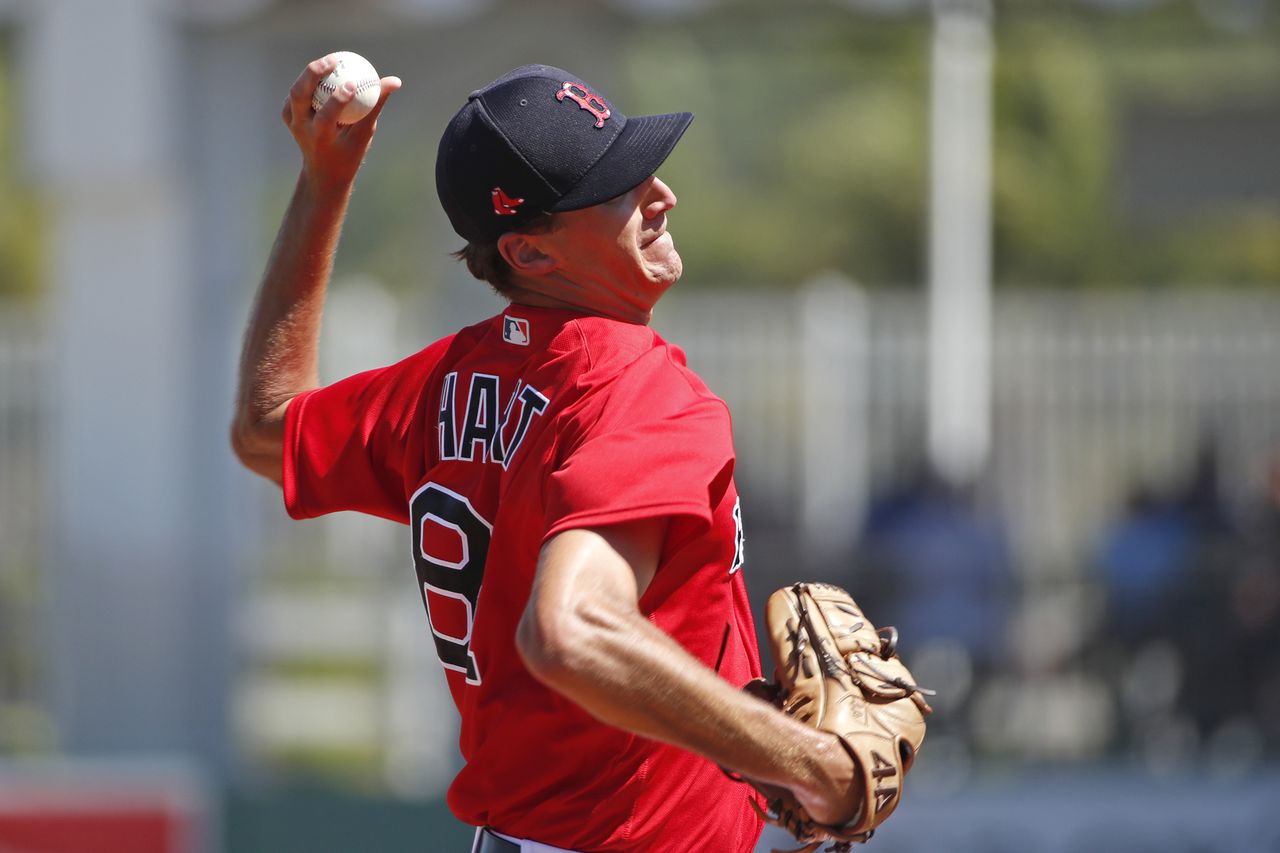