Tony Parker may be the most underrated point guard in the NBA.Ezra Shaw/Getty Images

The paradoxical nature of Tony Parker’s public perception is one that has caused NBA fans to debate his value for years.

When it comes to Parker, the general consensus is that he doesn’t receive the kind of credit he deserves. The outcry that he’s underrated has been heard for a long time, but the question is, can so many people claiming he’s undervalued actually overrate his abilities in the eyes of his critics?

The answer, of course, is yes—a paradox—but there’s one important fact that you can’t ignore.

Parker’s value shouldn't be overestimated by anybody, as he’s one of the best point guards in the game today.

Parker was fortunate to be drafted into one of the smartest franchises in professional basketball. Playing for the San Antonio Spurs has given him the opportunity to flourish, but it’s also the reason some fail to appreciate what he can do.

As a part of the Spurs organization, Parker has encountered an enormous amount of success. He has three rings since joining the league in 2001, and he’s played for Gregg Popovich, who is arguably the best coach left in the NBA.

Popovich gets production out of virtually everybody who dons the San Antonio uniform, which dilutes the individual accomplishments of those who play in his system.

But there’s something else you have to consider. Would the Spurs be as good as they are today without their floor general leading the way?

Chris Paul has eight games this season with at 20+ points and 10+ assists. Only Tony Parker (11) and LeBron James (9) have more

Parker is a pure point guard in a league full of world-class athletes, and most fans recognize that. He doesn't get the same kind of respect that the Chris Paul's and the LeBron James' of the league receive, but he is every bit as worthy of the superstar status.

Parker is averaging 21 points and 7.6 assists throughout the 2012-13 season, and he’s shooting an astonishing 53.5 percent from the field. He’s even completing 37.9 percent from behind the arc—an area where he’s traditionally struggled.

At 30 years old, Parker is getting better. Among point guards, he’s third in scoring, he shoots the highest percentage by a relative long shot and his PER is second behind only Chris Paul.

Parker has never thrived athletically the way Derrick Rose or Russell Westbrook have, but that hasn’t stopped him from getting to the rim. He’s always among the best at scoring in the paint, and it has everything to do with his speed, quickness and craftiness when it comes to competing against bigger bodies.

There’s no denying that the Spurs can plug players into their system and find production. Year after year we see Popovich create gold when it comes to his roster, and his play-calling and decision-making are on another level compared to most around the league.

San Antonio won a championship without Parker, but production isn’t a true replacement for leadership, and that’s something he’s provided every step of the way.

Those who only watch highlights often forget that Parker not only plays defense, but he plays it well. He’s a physical presence on the perimeter, and he holds his opponents to a PER of just 13.2 per 48 minutes (according to 82games.com).

This team’s role players excel regularly, and while you can’t ignore Popovich’s coaching, you also can’t forget that Parker has become the best player on arguably the best team out West. Fans who watch him play understand that, and that’s why he’s considered underrated by his most faithful followers.

On the surface, playing alongside Tim Duncan and Manu Ginobili doesn’t help his cause. He’s constantly overshadowed by the legacy of the big man and the flashiness of the 2-guard, but when you think about it, his individual accomplishments are that much more impressive when you realize he’s playing with greats.

Parker is surrounded by talent, yet he consistently puts up impressive numbers. It takes an elite player to have that kind of impact, and that’s exactly what Parker is.

The veteran’s personal demeanor has always been that of a quiet, under-the-radar competitor. There are certainly those out there who forget about what he’s done, but anyone who appreciates the game can be grateful for his accomplishments.

In today’s day and age of social media and self-promotion, Parker doesn’t stand out among the league’s most prominent figures. However, those who know what a great point guard looks like can value what he brings to the table—even if it’s not recognized everywhere else. 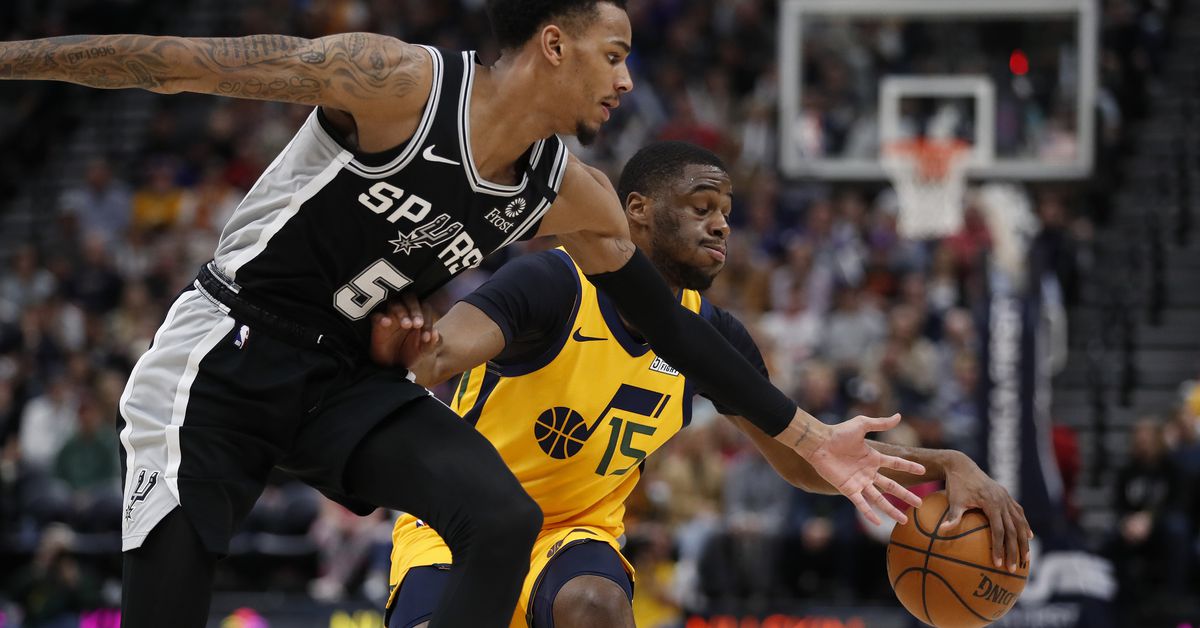 Mark Barrington
via Pounding The Rock