As we bask in the glory of the Bruins’ recent victory in the Stanley Cup Finals, it’s hard not to feel a little slighted by the fact that our city finished fifth in voting in ESPN’s 2008 poll, “Title-Town USA." With Valdosta, Georgia taking top honors in the nationwide survey, many of us in Boston (and New York, LA, Chicago, Green Bay, etc.) had a feeling the ballots had been stuffed and nearly demanded a recount. We took it personally. I mean, come on. Valdosta, Georgia? Really?

However, as rich a sports history as Boston has, we have to remember that had this poll taken place in the mid ‘90s, several Boston fans would celebrate the fact that the Hub even made the list, let-alone ranking fifth.

Directly preceding this “decade of dominance” so to speak, Boston was known as barren wasteland as far as pro sports were considered. In the 1990s, all four major professional sports teams weren’t performing well. The Patriots had never won a Super Bowl, and the glory days of the Celtics and Bruins were a distant memory of the 70s and 80s.

The Red Sox, also amidst an eternal curse, were associated with heartbreak and disappointment, with many baseball fans having terms like 1918, the Big Red Machine, Bucky “bleeping” Dent, and most infamous, Bill Buckner permanently ingrained in their minds.

However, things started to improve in the mid to late 90s. The Patriots won the AFC Championship game in 1997 under Bill Parcells but lost the Super Bowl to Brett Favre’s Green Bay Packers. In 1998, the Celtics drafted a promising young talent out of Kansas, named Paul Pierce.

Pierce and incumbent star Antoine Walker would combine to form one of the most exciting young one-two punches in the NBA, while rejuvenating the franchise. Despite these minor glimpses of hope and encouragement, not a single Boston team won a title in the 1990s, extending the city-wide championship drought to 14 years.

The tides turned when the clock struck midnight on January 1, 2000; it marked the dawn of an era (no not Y2K). Over the next 10 years, Boston sports franchises transformed themselves from lovable losers to perennial champions. From 2000 to 2010, the Patriots, Red Sox, Celtics and Bruins would combine to win seven championships in nine appearances—an unprecedented feat.

Now in 2011, it’s become something we take for granted. We expect each of our teams to win their division or wild card and have a legitimate shot at winning a title every year. People often forget that not too long ago, the Patriots clinching the AFC East or the Red Sox securing a playoff berth was reason enough to pop a bottle of champagne.

I’m not demeaning our winning ways; I’m simply saying we have to remember how lucky we are to be able to witness a run like this. We must embrace this while we can, because who knows when we will experience something this special again.

Let’s take a stroll down memory lane, looking back at the origins of our recent success, and how we became the city of champions.

Week 2 of the 2001 NFL season, the New England Patriots were facing their AFC East divisional rival New York Jets in the home opener at Foxboro Stadium. During a drive about two-thirds of the way through fourth quarter, starting quarterback Drew Bledsoe scrambled out of the pocket and subsequently received a shell-shocking hit by Jets linebacker, Mo Lewis as he was nearing the New England sideline.

Bledsoe was hospitalized and diagnosed with a broken blood vessel as well as internal bleeding, and the rest is history. A young, untested backup quarterback by the name of Tom Brady was thrust into the starting role. And although it didn’t seem like it at the time, it was probably one of the greatest things that ever happened to the franchise.

Brady led the Patriots to an 11-5 season, clinching the AFC East. After enjoying a first-round bye, New England hosted the Oakland Raiders in the AFC Divisional round, which also became known as the “tuck rule” game. With the Patriots trailing 13-10 in the fourth quarter with under two minutes to go, Brady’s former college teammate, Charles Woodson blitzed from the right side and was able to strip-sack Brady.

Raiders linebacker, Greg Biekert recovered the fumble, and it quickly became apparent the Patriots’ season was over. After Bill Belichick challenged the play, the ruling on the field was overturned and ruled an incomplete pass. The Patriots did not squander their second opportunity, driving deep into Oakland territory and setting up a 45-yard, game-tying field goal attempt for Adam Vinatieri.

He stuck it through the wind and snow, tying the game at 13 and forcing overtime. The Patriots won the toss, and Tom Brady once again led a drive into Oakland’s half of the field. With 6:35 on the clock, Adam Vinatieri came out to attempt a 23-yard field goal for the win. He split the uprights, punching New England’s ticket to Pittsburgh to face the Steelers in the AFC Championship game.

The Patriots defeated the heavily-favored Steelers 24-17 and even got a surprise appearance from none other than Drew Bledsoe, who ironically entered the game after Tom Brady went down with an injury. Two weeks later, the Patriots defeated the St. Louis Rams in Super Bowl XXVI, in what became known as one of the greatest upsets in NFL history. Although the Patriots missed the playoffs the following season, this marked the beginning of the Patriots dynasty.

After signing veterans such as Rodney Harrison, and later, Corey Dillon, both of whom were instrumental in the team’s success, the franchise won back-to-to-back Super Bowls in the 2003-2004 and 2004-2005 seasons. During this span, the Patriots went 28-4, including a then NFL record 21-game winning streak over two seasons. After beating the Philadelphia Eagles in Super Bowl XXXXI for their third title in four years, Tom Brady and Bill Belichick cemented their place as one of the greatest quarterback/head coach duos in the history of the game.

After a short two-year drought, Brady’s Patriots made a fourth Super Bowl appearance in 2008. Despite losing Super XLII to the New York Giants, the Patriots enjoyed one of the most dominant regular seasons ever. The team as a unit was a statistical juggernaut, going 16-0 and setting multiple offensive records.

Although the Patriots have now gone the longest without a title, they are the ones that got the ball rolling. They rescued an organization that was on the brink of relocation and restored interest in football in New England. It should only be a matter of time before the Vince Lombardi trophy returns to New England.

A native of Wellesley, Massachusetts, Aashish is a lifelong fan of the Red Sox, Patriots and Celtics. He graduated Wellesley High School in 2008, and is currently a senior at the University at Buffalo in Amherst, New York. You can follow him on Twitter  @aashish1989. 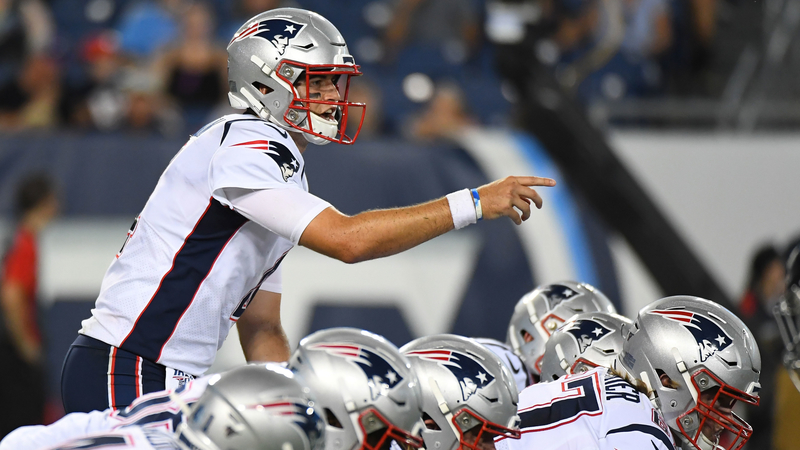