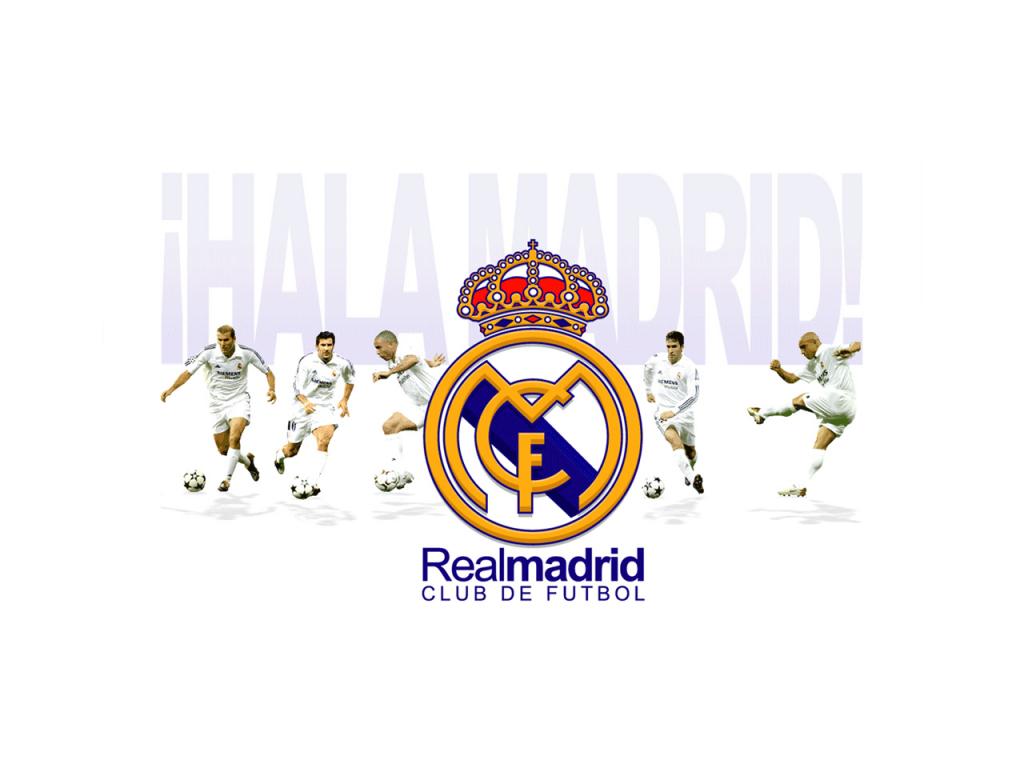 Real Madrid is the most successful club in Spanish football and was voted by FIFA as the most successful football club of the 20th century, having won a record 31 La Liga titles, 18 Spanish "Copa del Rey" Cups, eight Spanish Super Cups, a record nine UEFA Champions Leagues, two UEFA Cups, one UEFA Supercup and three Intercontinental Cups. Real Madrid was a founding member of FIFA. The word "Real" in the club's name is the Spanish term for "royal" and was given by the King Alfonso XIII in 1920 together with the royal crown in the emblem.

Since founded in 1902, Real Madrid has never been relegated from Spain's top flight football and has never finished lower than 10th place (1945/46).

The team's traditional home kit colour is white, although it originally adopted a bluestripe on the shirt. Its crest has been changed several times in attempts to modernise or re-brand it. The current crest is just a modified, modernized version of the one in the 1920s.

It is safe to say Real Madrid is one of the greatest clubs in the world and has one of the richest histories in the whole football world. Here are some of their great moments over the past century. 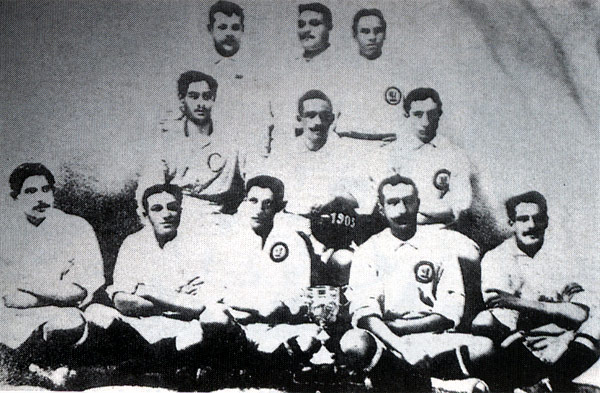 In 1897, a small sports group called Football Club Sky was formed by students at the Institución Libre de Enseñanza, which is the direct predeceasing team of Madrid Football Club.

Julian Palacios, who was the captain of Sky, led the team during its hardship and splitting up and was the first leader of the Madrid Football Club, who later became the powerhouse we have known as Real Madrid.

Carlos Padros the President of the club from 1904-08 and the creator of the Spanish Championship, the Madrid Championship and also was the driving force behind the creation of FIFA (Fédération Internationale de Football Association) in 1904. 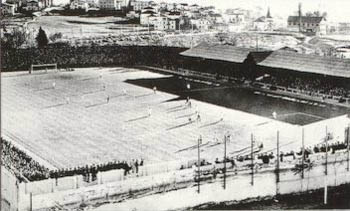 In this decade, Real Madrid began its rise to glory. In this time period, many good things began to form for the club and what it has turned into today. The start of the Bernabeu era, the inauguration of O'Donnell Field, the first tour of games in another European country, dominance in the Regional Championship and the start of the Madrid-Barcelona rivalry.

Santiago Bernabeu made is Madrid start on March 3, 1912 in a friendly where he scored the game winning goal at the ripe age of 16 years old. On October 31, 1912 Madrid inaugurated their stadium (photoed above) against Sporting Club of Iran.

In 1920, Madrid went on their first tour in Italy, and it consisted of five matches.

In 1916, Madrid and Barcelona began what is possibly on the greatest rivalries in all of sports, in a semifinals qualifier for the Spanish Cup. Without the away goals rules in those years, the series consisted of four matches to determine who would go to the final. Barcelona bested Madrid in the first game 2-1 and then Madrid came back with a 4-1 win in the second game. The third game ended 4-4 at the end of regulation and then 6-6 at the end of overtime. In the fourth and final match, Real Madrid won 4-2 and went on to the final of the Spanish Cup.

In the fourth and final match of the semifinals, Barcelona players walked off the pitch with seven minutes left of regulation in protest of the fourth goal, which they considered to be offside. The final was hosted by Espanol, another Barcelona native team, and was dueled out by Madrid and Bilbao. On their way to the pitch, the Spanish National Guard had to protect the Madrid players, and after the match, rocks and stones were thrown at the Madrid bus, and the relationship between the two teams went sour. 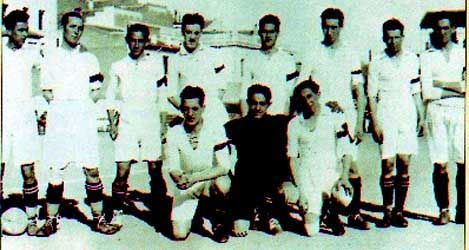 The 1920's were chalk full of events that would define Real Madrid. Most importantly, the construction of the old Chamartín, which was considered a monumental undertaking at the time. With a seating capacity of 15,000, the new stadium was a spectacular leap towards the future. In the closing years of the decade, it was Ricardo Zamora's signing that caused a national stir. In the sporting arena, Madrid, as always, were the team to beat.

Nowadays, it's very common to see teams wearing black armbands as a sign of mourning. Madrid was the first team to ever wear the armband for such use, and they were first seen in a match against Athletic Madrid on 5 Match 1922 in honour of the deaths of Madridista Sotero Aranguren and Bilbao player Rafael Moreno “Pichichi." 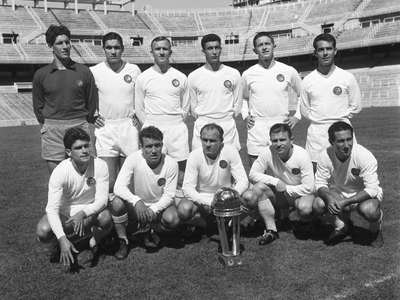 Real Madrid won their first League title in the fourth edition of the competition. Their performances allowed them to stand undefeated in the championship. They won the title again the following year, becoming the first team in history to win the League twice. A month before the Civil War broke out in Spain in 1936, Real Madrid won the Cup of the Republic against Barcelona. 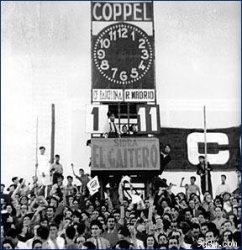 Santiago Bernabeu became president, and the club's rise to glory was doubled in pace. Just prior to his presidency, Real Madrid dominated Barcelona in the Spanish Cup final 11-1. Bernabéu always looked to the future and envisioned a new stadium Chamartín capable of holding a crowd of 75,000.

Being the pioneers of the earlier stages in Spanish soccer, Real Madrid also initiated the tradition of wearing numbered shirts in 1947 until eventually the Spanish FA passed the rule into effect for every team to have the number between 2-11.

December 14, 1947 was the inauguration of the massive and futuristic stadium. Their was a mass held and an honoring to all those who funded Bernabeu's dream. Real Madrid defeated the Portuguese side Os Belenenses 3-1.

In the 50th anniversary of the club there was much to be proud about including: starting the basketball program, signing the ever so great Alfredo di Stefano, third League Title in 1953/54, renaming Chamartín Stadium is renamed as Santiago Bernabéu Stadium, The European Cup (Champions League) commencement behind Real Madrid, becoming the First European Champions ever and winning five consecutive Europeans titles. 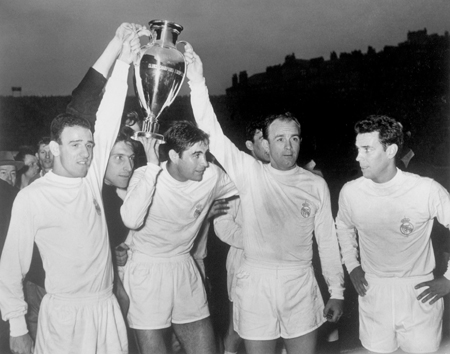 Madrid started this decade with a bitter lose to Barcelona in the European Cup and faced their first elimination of the tournament. They also played at Maracana in Brazil and tied 2-2 to Vasco da Gama.

Real Madrid are the only side to have won the league five consecutive times twice in the competition's 76-year history. The first time they achieved this was between the 1960/61 and 1964-65 seasons, and they repeated the feat between the 1985-86 and 1989-90 seasons. No other Spanish team has been able to break this record.

Miguel Muñoz's generational reshuffle of the team in 1964 was successful two years later. On 11 May 1966, Real Madrid won their sixth European Cup title at Brussel's Heysel Stadium against Partizan Belgrade, whom they defeated 2-1. This was the "Ye-Ye" team. 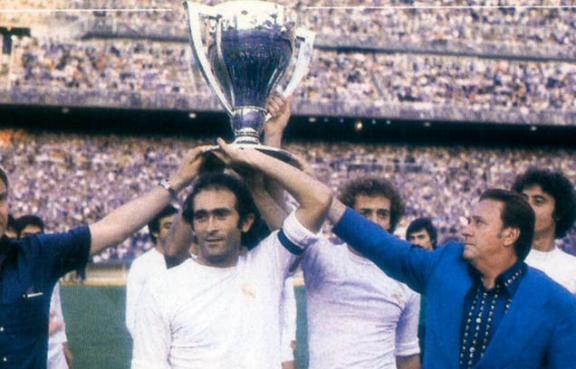 This was a tougher decade for the team, as Santiago Bernabeu passed away. His death put an end to an extraordinary 35-year Presidency at Real Madrid. Many condolences were received and deposited at the Club. A memorial service was held on 3 June in his village, Almansa, where he is buried.

The second half of the 1980's were incredible. Real Madrid won two UEFA Cups and five consecutive League titles, the fifth which set a record.

The early 1980's were rough. They lost the possible double in 1982 with losing to Liverpool and Valleidoid respectively. The final of the 1982 World Cup took place at the Santiago Bernabéu Stadium. In a thrilling match, Italy outplayed Germany and won 3-1.

Di Stefano returned as a coach with Amancio Amaro in 1982.

Real Madrid's first two UEFA Cup titles were won back-to-back. The first in 1984 against Hungary's Videoton (3-0 at Sosto Stadium and 0-1 in Chamartín), and the second one a year later after defeating FC Köln 5-1 at the Bernabéu and losing 2-0 at the Olympiastadion in Berlin. 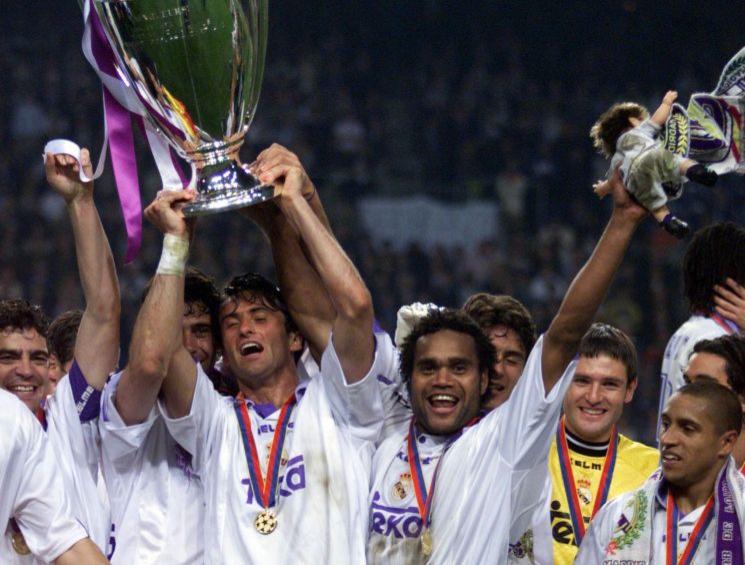 This was the decade in which the Club won its seventh and eight European Cups. Real Madrid sat on the European throne once more at the end of the 1990s, which had an uneasy first half for the Whites with two League titles lost against Tenerife.

The highs of Real Madrid in this period came in the renovations of the Bernabeu, seventh and eighth European Cups and the election of the ever so great Florentino Perez.

Figo, Beckham, Zidane, Ronaldo...the best players in the world joined the Club and formed one of the most spectacular teams in history.

The Galactic Team of Real Madrid won its ninth European Cup and became the club is the world's richest football club (€401m) in terms of revenue and the second most valuable worth over €950m in 2008.