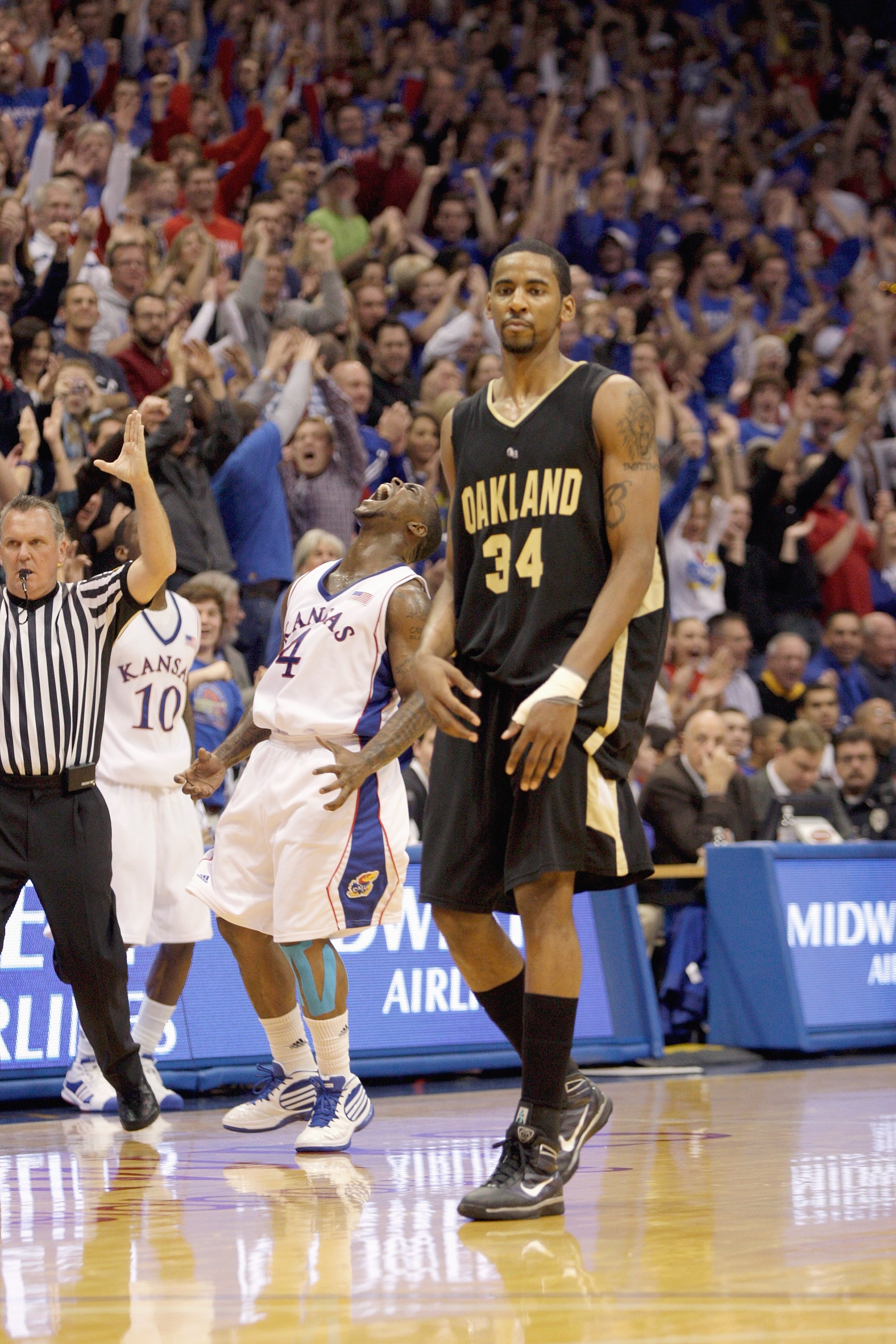 Although the league is becoming far more athletic, the one constant remains that each team needs a powerful force in the paint. Every team needs a strong defender and rebounder in the middle to serve as their enforcer.

That is why the Oklahoma City Thunder traded for Kendrick Perkins.

It is also a main reason the Boston Celtics are not battling the Chicago Bulls right now in the Eastern Conference Finals.

This year’s NBA draft class is full of talented prospects, although the star power is lacking. The first round won’t see many big men drafted, but there are going to be a few potential gems to be had in the second round.

Jordan Williams is one of the late-first round, early-second round centers everyone has their eye on. We’re going to leave him off the list and check out the five big men who are sliding under the radar heading into the draft.

JaJuan Johnson is the most talked about of bigs on this list, which is why he is No. 5 and not No. 1. Still, he is being underrated heading into the draft.

He is being looked at as a very late first-round or second-round selection, but I think he has the talent to go in the middle of the first with his great abilities.

He is a very good offensive player who will also bang in the paint to pull down rebounds. Furthermore, he is an excellent defender who has very quick and strong hands to knock balls away. He has great instincts, which allows him to dominate as a shot blocker. He runs the floor and is explosive enough to get the crowd going on fast breaks off the wing.

Greg Smith will be criticized for his motor and work ethic, but we often see that with incoming bigs.

Smith has a very good low-post game and a nice touch around the rim. He certainly has the strength to create for himself in the post and has the defensive knack every team desires for a center.

He is still developing, as he would only be in his junior season next year, so there is still a lot of room for improvement.

Josh Harrellson is being highly underrated heading into the draft, as he is the typical center who is willing to do all of the dirty work. He is a fantastic rebounder and a good defender.

He is going to stand up his opponents in the post and attempt to body everybody around the paint. He has the ideal motor and physicality every coach wants to see out of his center.

No, he is not the best athlete, but he does everything right at the center position and would be great in a rotation.

Trey Thompkins has first-round talent with his all-around abilities. He can stretch the floor with his great range despite his size. He has the size and strength to mix it up in the paint. Although he is still developing as a rebounder, he is sound in the category.

He is a great defender, highlighted by his ability to block shots.

He has a solid inside game around the rim and can even handle the rock.

Right now he is a bit lanky for his size, but he will only get stronger as he enters the prime of his life and hits the weight room.

He is a solid rebounder who is willing to run the floor and has a nice touch around the room. Of course, most importantly, he is very good on the defensive side of the court. He has quick hands, which allow him to bat balls away, but he is a great shot blocker with his 7’3.75” wing span.