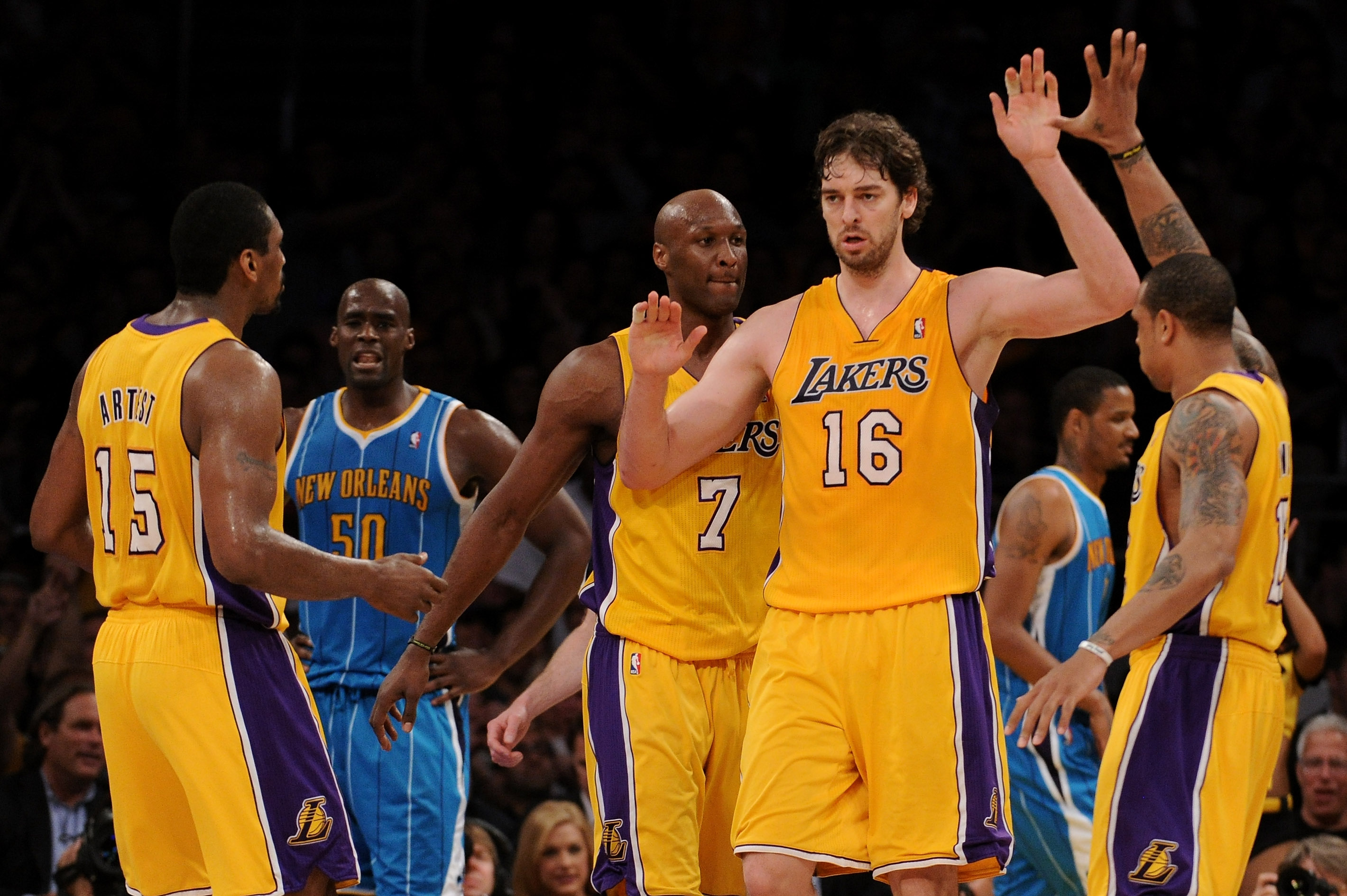 The Los Angeles Lakers faced off against the New Orleans Hornets in Game 5 of what has turned out to be a very exciting first round playoff series.

In a game that was very much back and forth in the first half, Kobe & Company took control in the second half en route to a 106-90 victory.

Naturally, Kobe Bryant led the team in scoring with 19 points, seemingly low compared to what we've come to expect from him but we must remember that he was playing with a sprained ankle.

Game 6 happens Thursday in New Orleans and it will certainly be interesting to see what happens.  In Game 5 however, Chris Paul and his team just looked outmatched and outplayed.  Long story short, the Lakers took them to school.

Here are the key factors that led to Los Angeles winning and taking a 3-2 series lead.

The Lakers Communicated Better on Offense 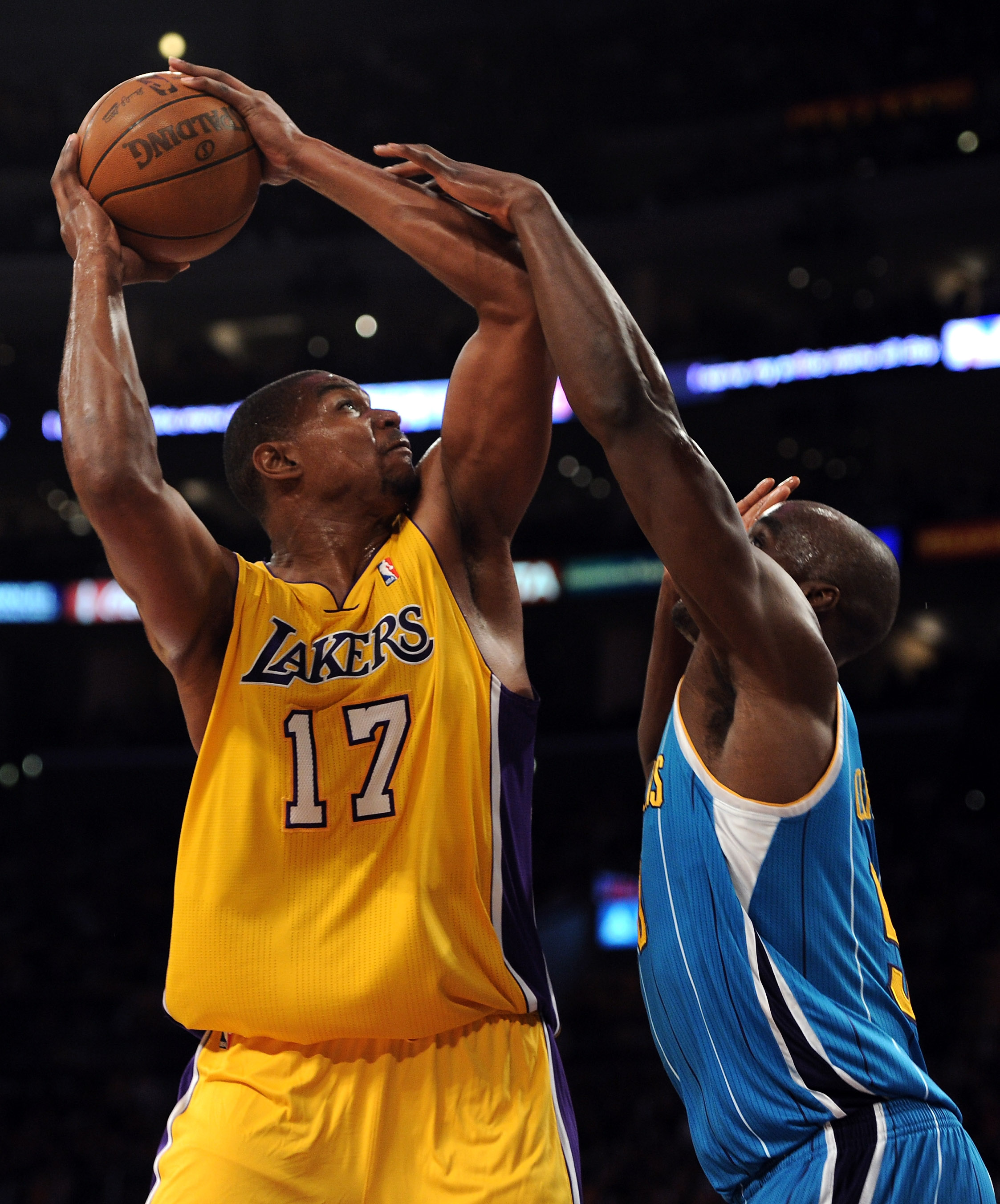 In watching the game, I noticed something about the Lakers' offense.  Rather than get the ball to Kobe each time and wait for him to make one of his miraculous shots, there was a lot of sharing.  No player was outshining the other.

For all of you readers who are New York Knicks fans, Los Angeles was playing what Walt "Clyde" Frazier calls "garbageball," or driving hard to the basket and scoring points in the paint while also controlling the pace of the game.

Thus, center Andrew Bynum (pictured at left) played a big role in the offense.  He was second on the team in scoring with 18 points on six-of-11 shooting, and even contributed 10 rebounds and two blocked shots on defense.

All in all, the Lakers had six players who scored in double figures.  The Hornets only had three.  Both teams shot 49.3 percent from the field, but numbers are irrelevant without communication on the floor. 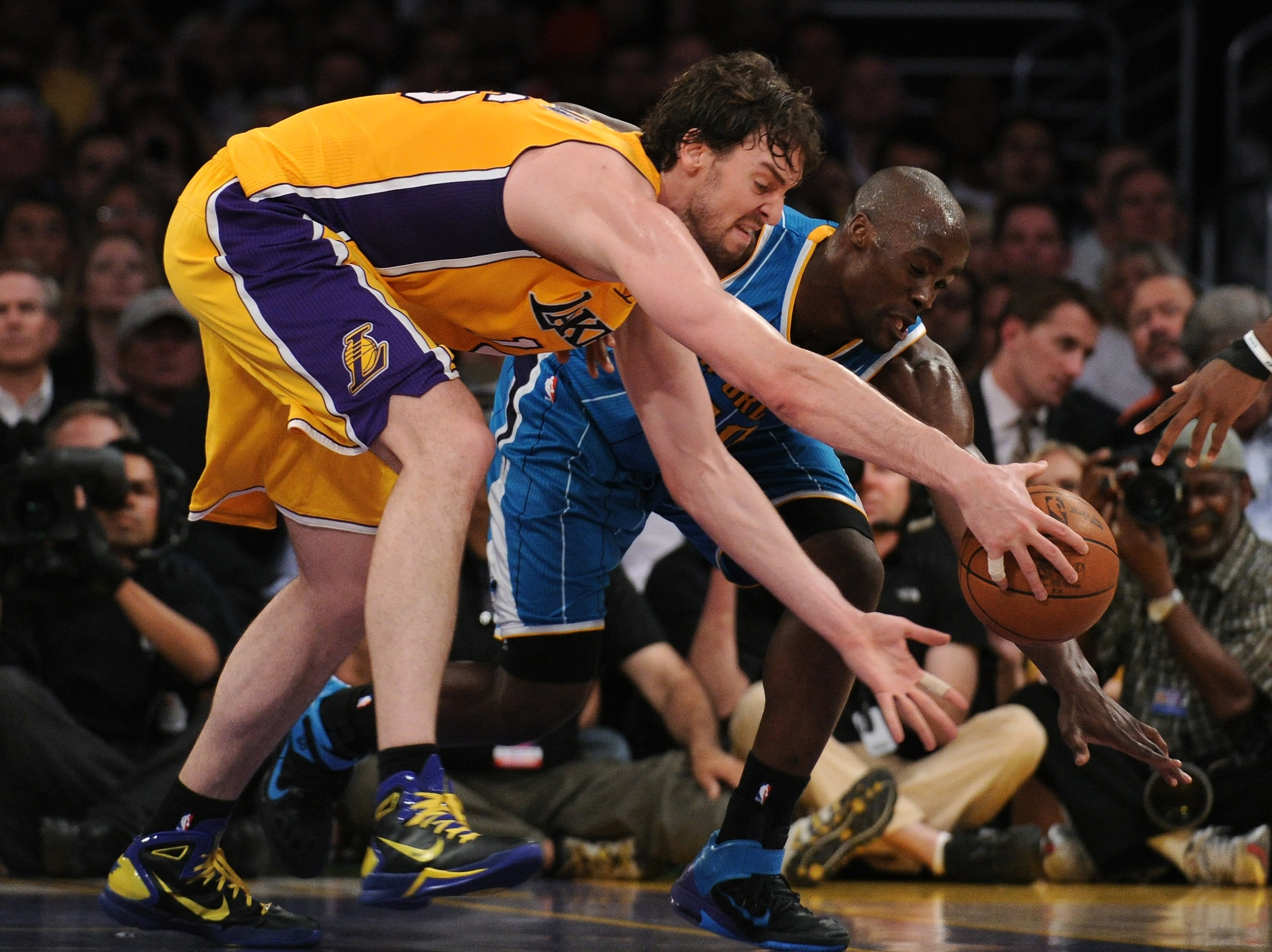 The New Orleans Hornets are a young team that likes to shoot the ball a lot, and they have the accurate shooters with which to do that.  Thus, if a team is to beat them, lockdown defense is required.

Despite allowing them to make 49.3 percent of their field goals, the Lakers played extremely good defense against the Hornets.  They out-rebounded them 42-25, blocked seven shots and forced 17 turnovers.

Most important, however, was that the team essentially took Hornets big man Emeka Okafor out of the game.  The former UConn star only had five points on two-of-three shooting in 38 minutes of play, along with just five rebounds.  Both Pau Gasol and Andrew Bynum kept him from being effective in the paint.

With Chris Paul only able to do so much against this tough and experienced defense, the Lakers won the defensive battles easily. 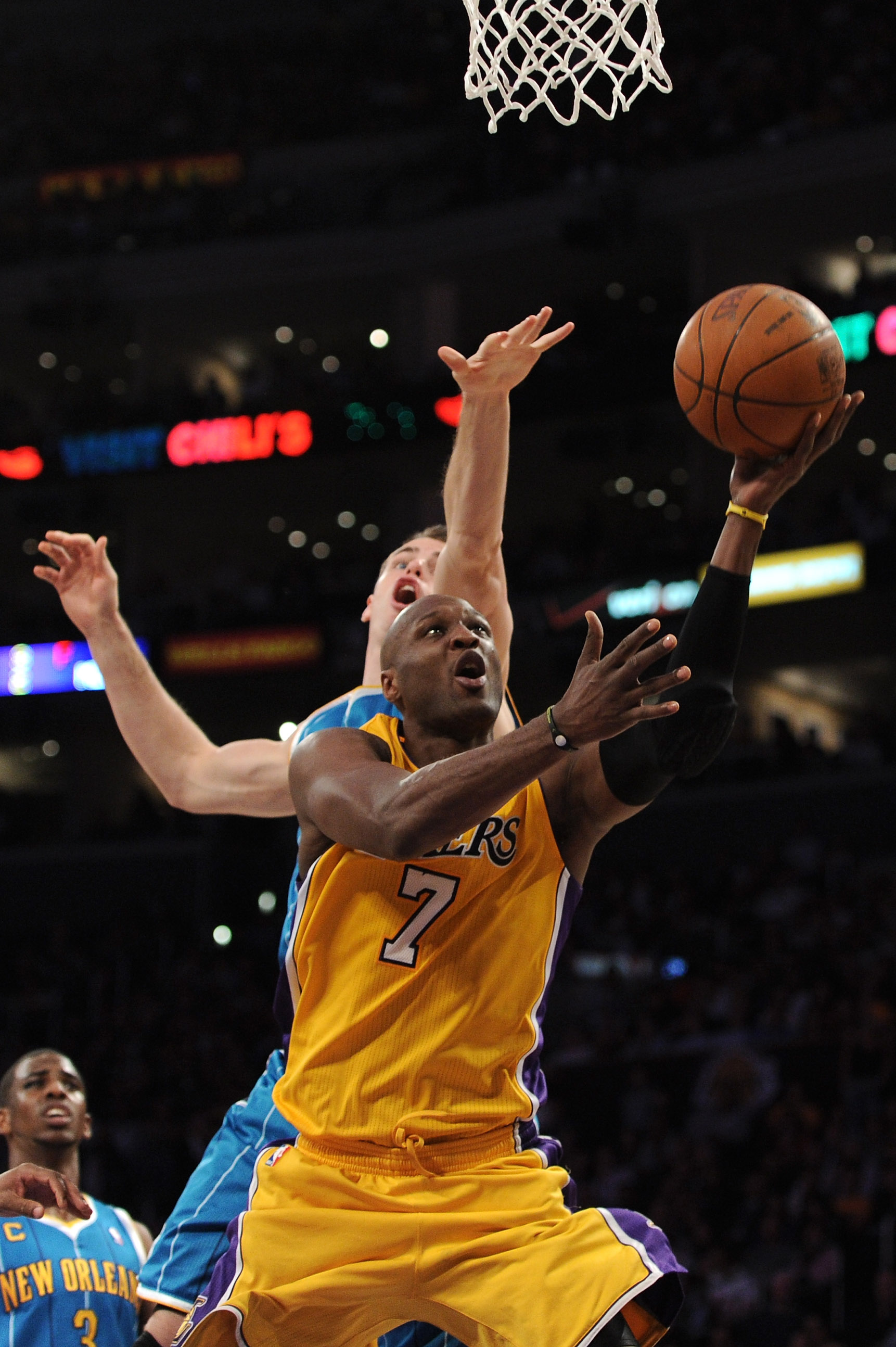 As all basketball enthusiasts know, it is near-impossible for a team to win a championship with its starting five alone.

Michael Jordan had Steve Kerr, Manu Ginobili was the Spurs' sixth man before becoming a starter and Kobe Bryant has for the past few seasons had 2011 Sixth Man of the Year Award winner Lamar Odom (pictured at left).

Simply put, Odom can do it all.  He can shoot the rock well both on the inside and from beyond the arc, plays great defense and is a great presence in the locker room.  This season, he averaged 14.4 points and 8.7 rebounds per game and shot an astounding 53 percent from the field.

His performance in Game 5 was no exception as he scored 13 points and pulled down seven rebounds.

Combined with Odom's performance, the Lakers' bench scored a total of 29 points compared to a mere 14 from the Hornets reserves and was instrumental in giving the team a 3-2 advantage. 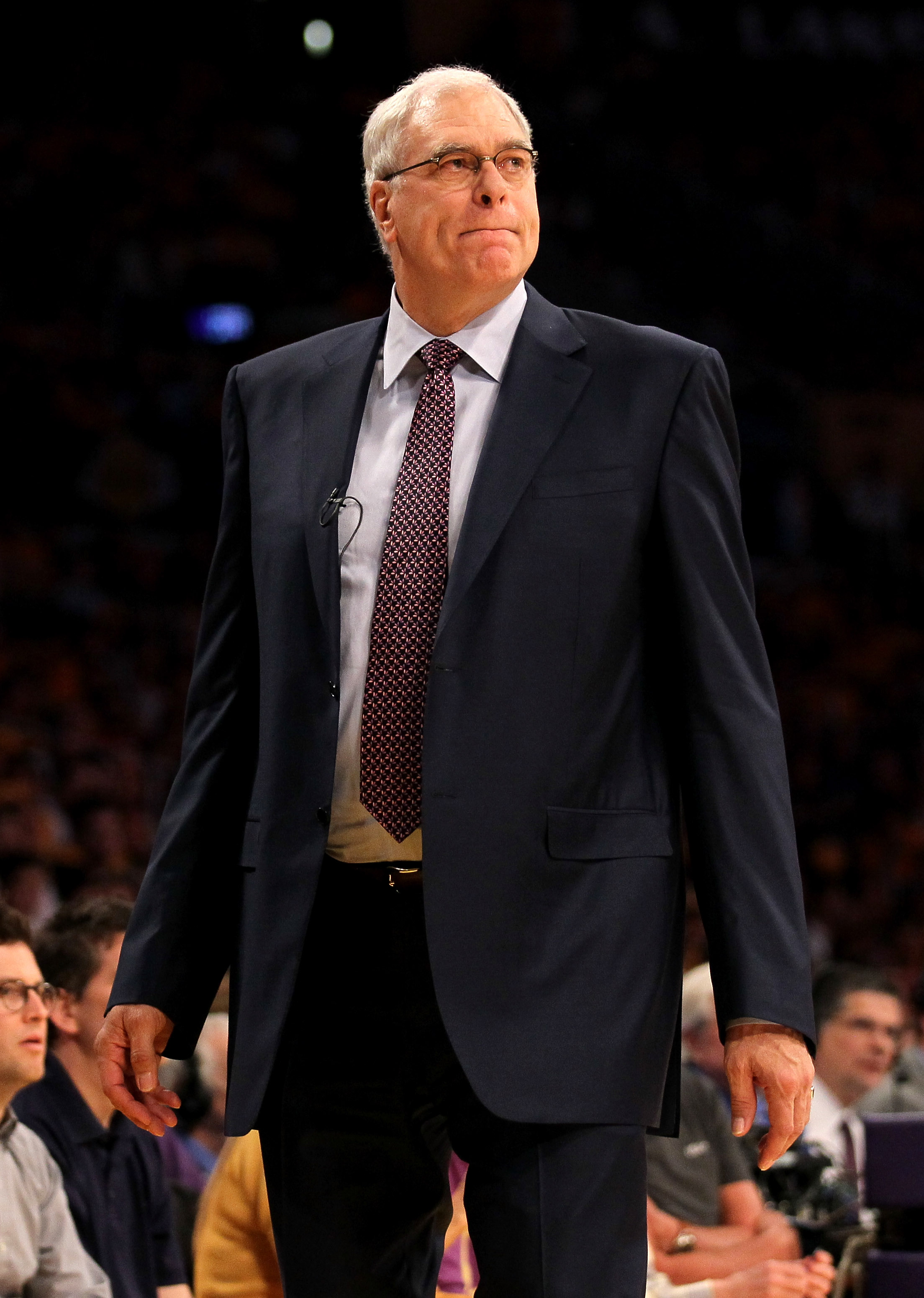 There's no other way of putting this.  Phil Jackson is quite possibly the best coach in NBA playoff history.

He has won 11 NBA Championships as a coach (six with the Lakers, six with the Chicago Bulls) and is looking for that elusive 12th.  This is his 20th and final season coaching, and Jackson has an incredible 1,155-485 career record in the regular season, giving him a winning percentage of .704.

In the playoffs, the numbers are nearly identical.  Jackson has a 225-98 record for a winning percentage of .697.  Simply put, the man knows how to win.

In Game 5, Jackson's coaching experience, along with team chemistry, played a big role in the Lakers' victory.

Don't get me wrong, New Orleans head coach Monty Williams has done a fine job with his team.  Still, it's his first year of head-coaching and his squad is facing a team that is known for performing well in the playoffs.

Sorry, Monty.  You're a good young coach with a bright future, but you still have a long way to go before being in the same league as the legendary Phil Jackson. 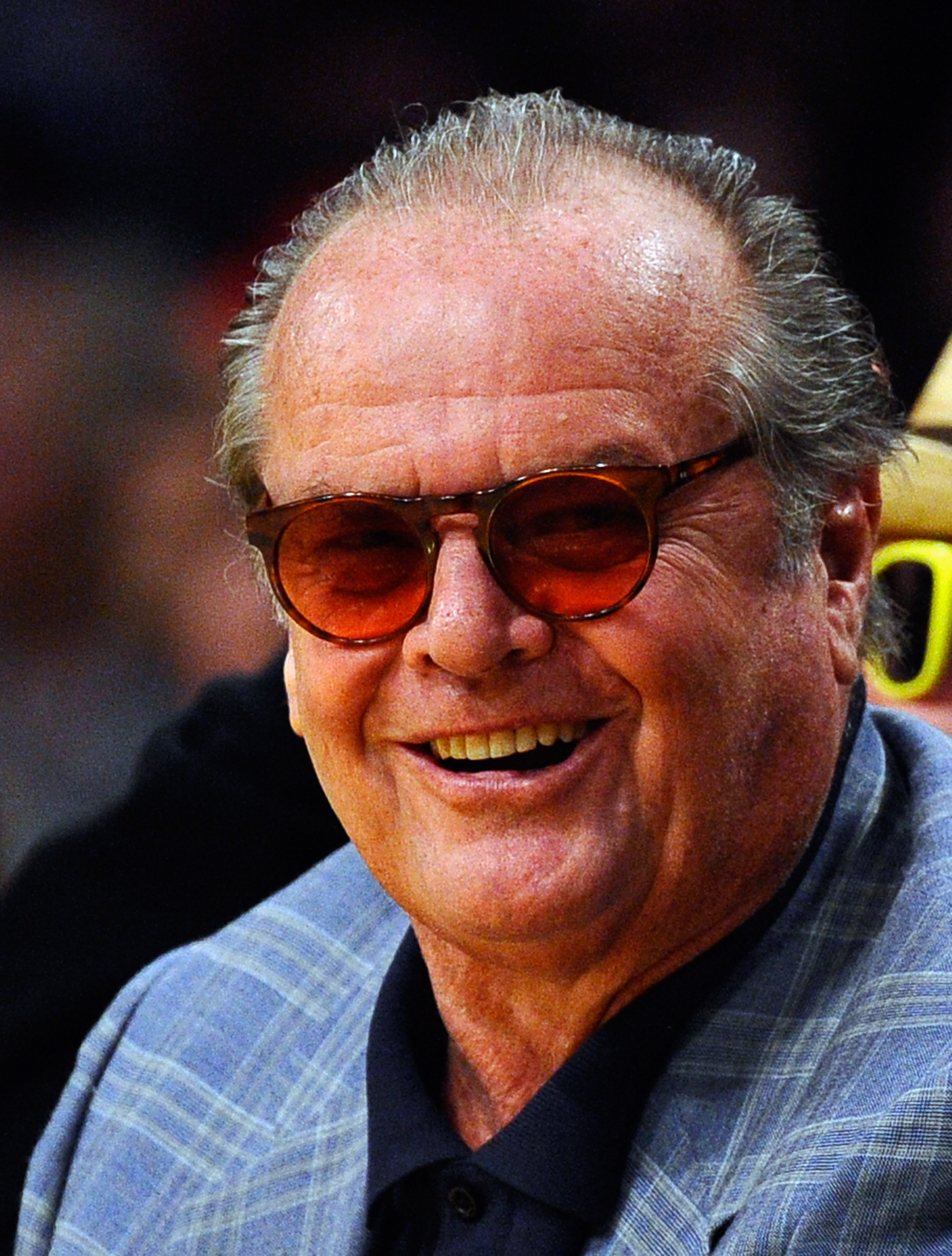 A lot of ex-players have said that home-field or home-court advantage plays a big role in whether or not a team wins.

Based on Game 5, I am of the opinion that it is the best advantage a team can have, regardless of the superstars on the team.

The fact is that the Staples Center crowd really gets into the game.  These fans love the Lakers and all of the players on the team.  When it's crunch time, they turn into psychos.

More importantly, the Lakers have the ultimate superfan in Jack Nicholson.  Seriously, does he ever miss a game?  Anyway, the point is that devoted fans can play a large role in a team's success.

As good as the Hornets are, they just don't have the same type of fanbase.  Yes, they do well in the standings, but are also on the verge of folding completely.  That being said, it's hard to concentrate on success when the future is uncertain.