Junior Dos Santos and the Top 10 Heavyweight Strikers in MMA 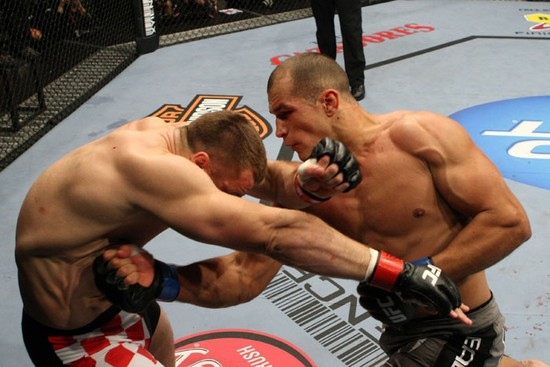 Who are the heaviest hitters in MMA? What class of fighters are most likely to "punch" your ticket to dream land?

For all the talk of talented strikers, heavyweights are the ones with the most dangerous strikes.

As we follow Junior Dos Santos, who gears up for his upcoming clash with Brock Lesnar in June, we look forward to seeing one of the finest strikers in the whole of sport perform.

Is he the best heavyweight striker in all of MMA right now? Continue reading to find out. 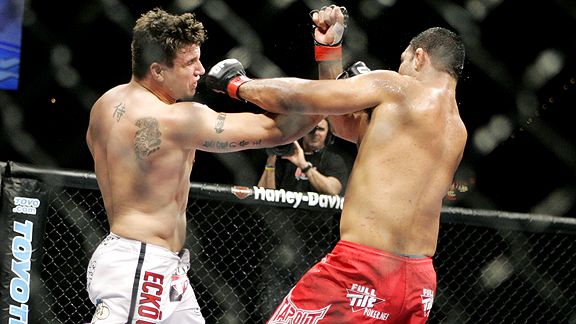 Frank Mir: A submission specialist, is also a student of the striking arts—he holds impressive KO/TKOs over two legends in Mirko Filipovic and Rodrigo Nogueira.

Brett Rogers: He started his career with 10 straight KO/TKO victories, but has looked a tad more gun shy since his loss to Fedor Emelianenko. 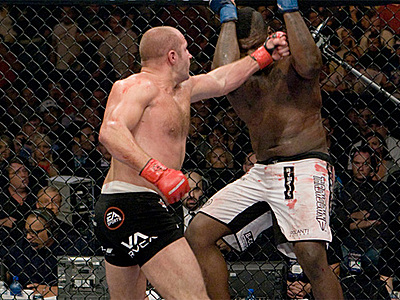 He wins more fights by way of submission, but make no mistake, the legendary Fedor Emelianenko is one of the best strikers around.

With the exception of his last fight, where he was overwhelmed by Antonio Silva, Emelianenko has never really been out-struck in a fight.

This is coming from a man who went on a 28-fight unbeaten streak against the best fighters in the world made available to him—including MMA and kickboxing champions. 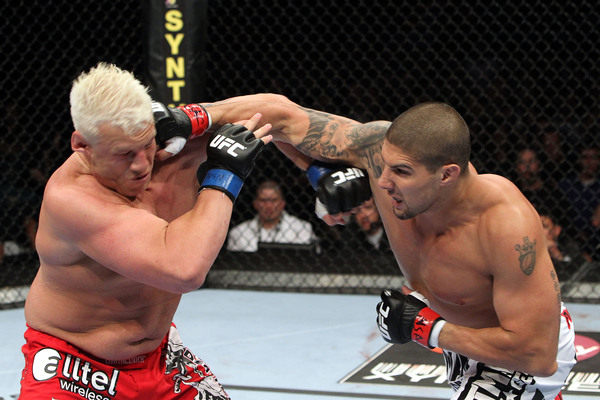 After retiring from professional football, Brendan Schaub began dedicating himself to mixed martial arts and even became a Golden Gloves boxing champion.

When you see him fight, you can tell he really does have some of the best hands in the sport.

Out of his eight victories, only two have made it out of the first round and only one of those made it to a decision.

His last fight was a brutal knockout over legendary striker Mirko Filipovic, signifying a changing of the guard. 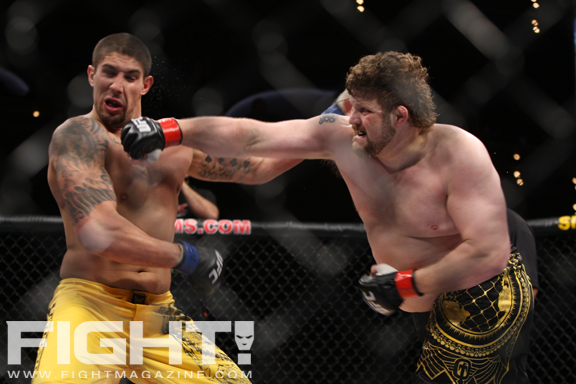 As it turns out, he is really good at it.

The rotund fighter is a student of Shaolin Kung Fu and he is about as good as anybody in the business at planting a powerful punch to end the fight, or change its course. 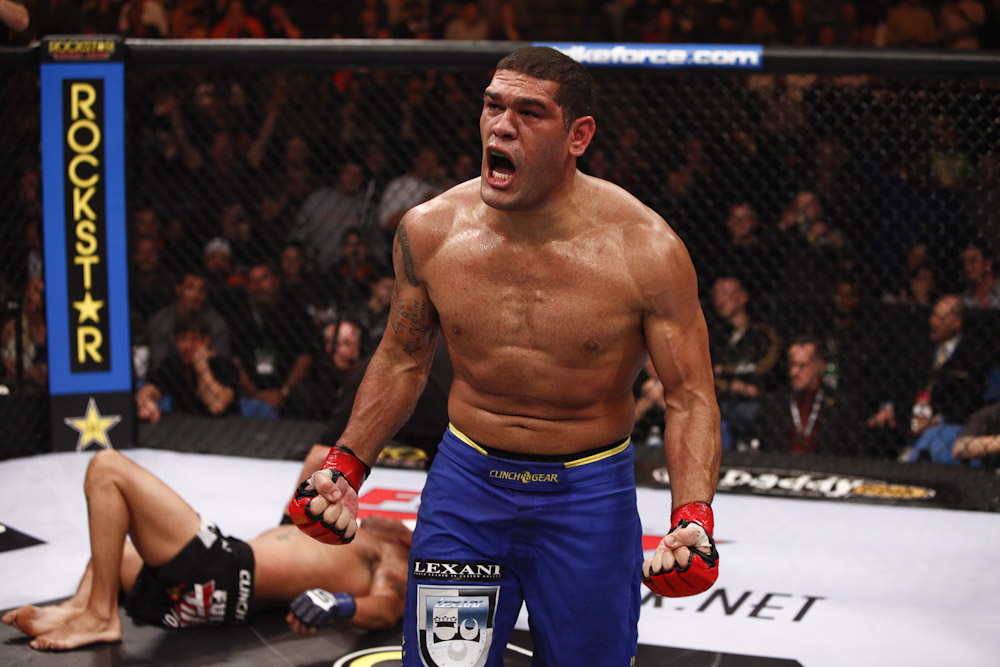 Make no mistake, size matters—but while Antonio Silva is a devastating striker because of his size and strength, he also makes the list because he knows how to use it.

A dedicated professional, Antonio Silva hones his striking game with an emphasis on Muay Thai. He even holds a black belt in Karate.

The work obviously pays off as he's won 11 of his 16 victories by way of strikes or accumulation of strikes. 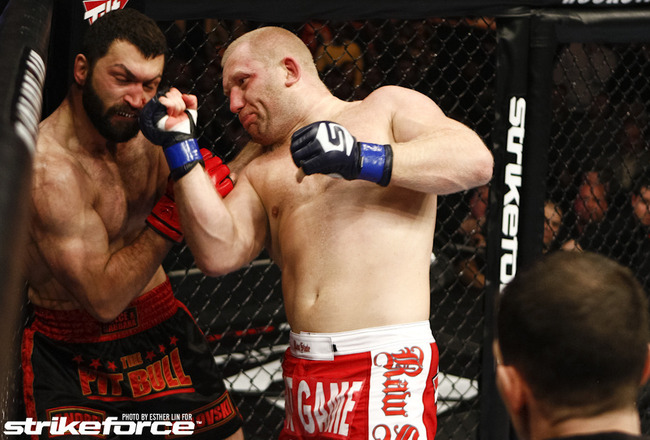 Sergei Kharitonov has been one the sport's best heavyweight strikers for the past seven years or so.

He has not been very active in recent years, but he made a big splash returning to the scene with a violent KO victory over former world champion Andrei Arlovski.

A well-rounded mixed martial-artist, Kharitonov brings an especially nice boxing game to the table, having medalled in a number of major Asian-based boxing championships.

The win over Arlovski sees him advance to the next round of the Strikeforce heavyweight grand prix, where we hope to see more of his devastating striking game. 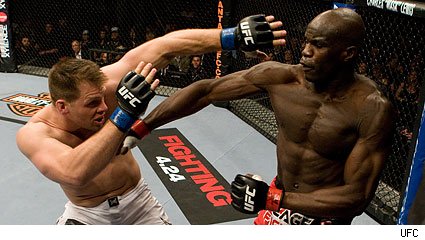 A former Muay Thai champion, Cheick Kongo is one of the best kickboxers in all of MMA.

Kickboxing is the basis for Kongo's offense. He throws some of the best knees, kicks and punches in the division.

While some fighters at the highest levels have found some ways to neutralize his strengths, Kongo is a major knockout threat to anyone in the business. 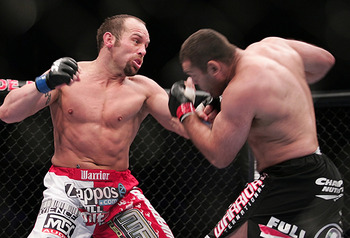 Shane Carwin has arguably the most stopping power in the entire sport. When he hits people, they go down.

His last fight against Brock Lesnar for the championship was his only loss and his only fight to make it past the first round.

His movement does not appear to be especially refined or technical, but his work with Trevor Wittman has turned him into one of the most devastating strikers that any combat sport has ever seen. 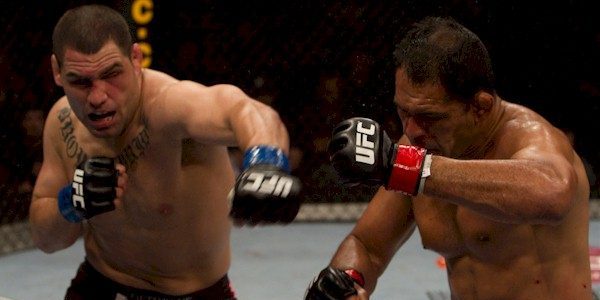 The UFC heavyweight champion is a tenacious and explosive striker who is always improving.

Cain Velasquez has defeated all of his opponents by KO or TKO, with the exception of Cheick Kongo.

At the time of their meeting, Kongo was regarded as the better striker, so Velasquez decided to take him to the ground and beat him up en route to a unanimous decision victory.

His most impressive striking display to date was a thrilling knockout over Antonio Rodrigo Nogueira, a notoriously durable warrior with highly regarded boxing skills. 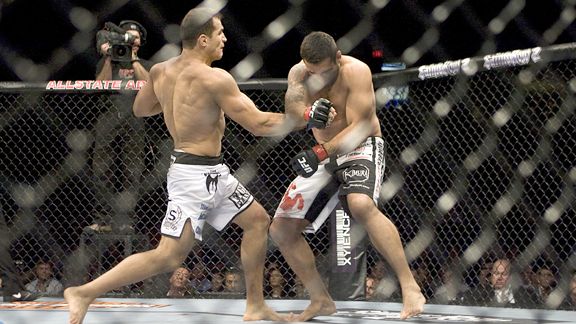 Since then, Dos Santos has torn through the UFC heavyweight division with five more consecutive victories, earning the reputation as having possibly the best hands in the sport.

Those big hands will be full as he takes on former champion Brock Lesnar in his next bout. 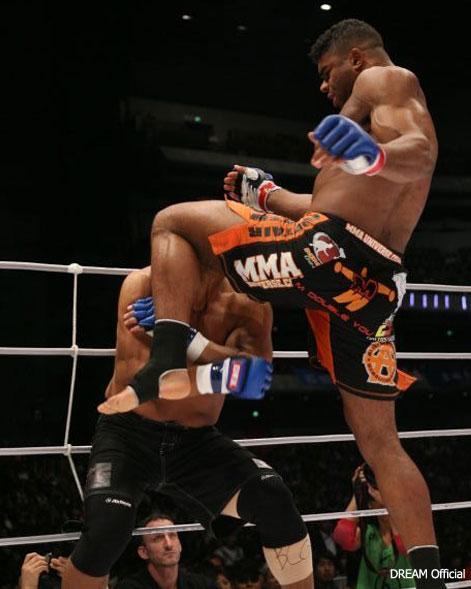 Being the current K-1 World Grand Prix Champion means Alistair Overeem is the No. 1 guy in the entire world of kickboxing.

Despite having all the striking prowess afforded to an individual, Overeem also remains a dedicated and well-rounded MMA champion.

A long-time veteran of the sport, Overeem is just now starting to fully hit his stride at 30 years of age.

When stepping into a cage, there is no man more likely to put you down than Alistair "Demolition Man" Overeem.