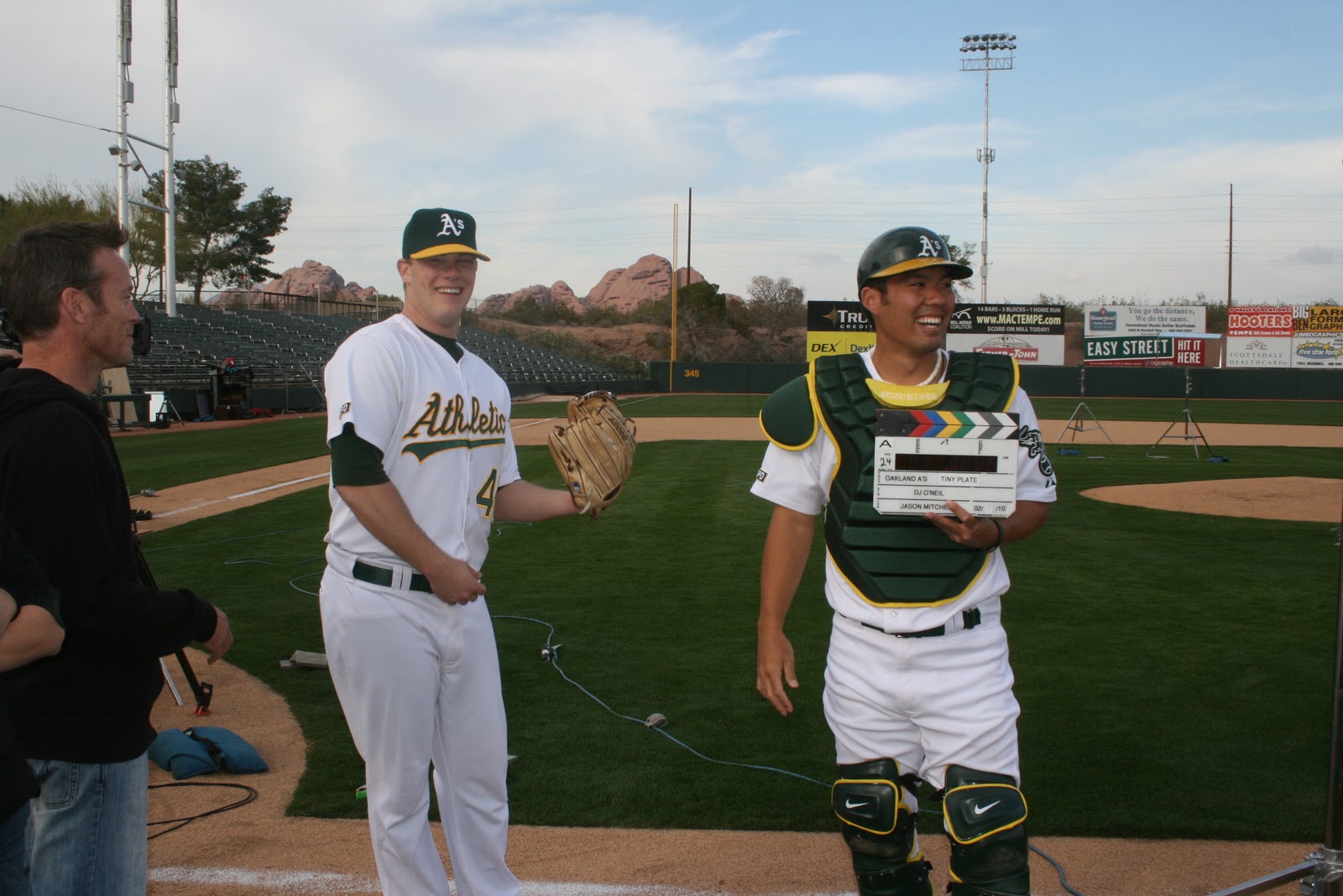 Not a whole lot of insight to this posting, just thought it would be fun to post some of the A's funnier commercials from past seasons.

The A's put together several commercials each year. These are the ones I was able to find on YouTube. Starting with 1981 and Billy Ball, then skipping all the way to 2005 and finishing up with the full play-list of 2010 commercials.

The A's filmed their 2011 commercials in the very beginning of spring training, and they promise to be of their usual comedic quality.

If you have links to any commercials that I did not include, please attach a link in a comment for me to add them in.

1981 Billy Ball commercial showing a "different brand" of Billy Martin and his famous handing of umpires.

Billy Martin trains a fan to shake his timid demeanor and turns him into a heckler.

Billy Martin comes to the mound and helps his pitcher out of a mind boggling situation.

Benefit of hindsight, perhaps Crosby should have traded in his uniform and pursued a career as a movie star after all.

Jason Kendall certainly was tough as nails, but I am not sure anyone is this tough.

Barry Zito gives some advice to then-youngsters Dan Haren and Joe Blanton. Maybe Zito can ask Haren to return the favor now and offer him some advice on how to turn his career back around.

This was the only commercial I could find from 2007, after not finding any from 2006.

Explaining why Kotsay was such a great defender for the A's.

A's bat boy finds his job responsibilities expanded as Chavez breaks his ice cream scoop. It's not just wood bats that break after all.

Ryan Sweeney, like many of us fans, appreciates spending his off time at the golf course. I'd like to see him try this on the actual course and not just the driving range. How many strokes would that cost you on the score card?

I knew Dallas Braden was a practical joker, wasn't aware that Ziegler liked to get on the act too.

Not that I'd be invited anyway, but I am never playing darts with Andrew Bailey.

We'll miss Rajai Davis this year, he certainly was fast after all, as proven by this commercial.

Kurt Suzuki taking a page out of Jason Kendall's book. Would you rather challenge a bull or be run over by the bulldozer that Kendall took on?

Is it just me or does Ellis look like he would actually fit in playing in the 1870's uniforms?

Dave Stewart offers pitching advice to Trevor Cahill. I wonder if that is why Cahill won 18 games last season? Maybe he can emulate Stewart to a few 20 win seasons while in an A's uniform!

Baseball lingo can be a bit confusing and outdated, but I agree with Ellis when it comes to this suggestion, "dude...".

The actual commercials are funny, this might be funnier. I really wanted to see Stomper take on that bull.

Here's the first of the A's 2011 commercial campaign. Looking forward to the rest of the 2011 campaign, on the field, and in the commercials!