The 15 Worst College Football Stadiums in the Country 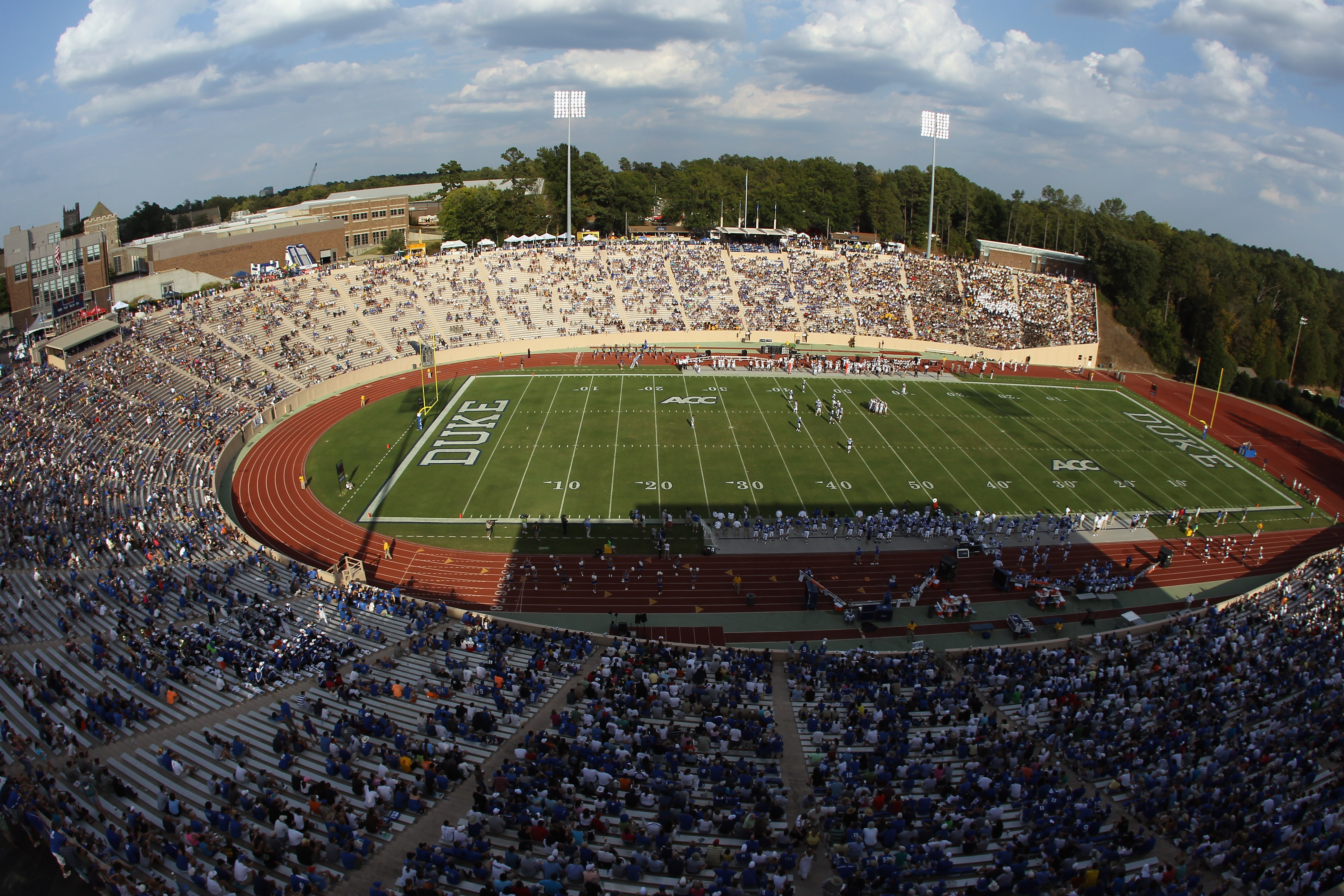 Hasn't there ever been a time when you and your buddies took a road trip to go see your favorite school play on the road, and when you guys pulled up to the home team's stadium, there was a shocked look on your faces?

Or how about another time when you guys were stoked to help cheer your school to a win on the road, but you guys essentially made it a home game because the home team's fans were just that quiet?

Some stadiums have a bad design or are just flat-out old and rundown. Other stadiums have an awful game-day atmosphere and just make you look around and shake your head. Whatever it may be, we've all been to a couple bad stadiums to see a college football game.

Here are the 15 worst in America. 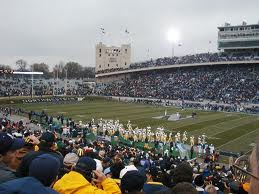 The folks of Northwestern like to refer to their field as the Wrigley Field of college football.

I have to disagree. Northwestern is a great school with great academics, and the football program is classy as can be, but their stadium is not that hot.

Sorry, Michael Wilbon, but your beloved school has a bad football stadium. 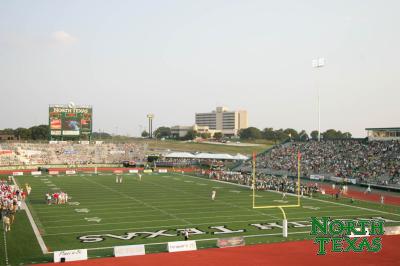 I fully believe in Dan McCarney. Seriously. From the opening press conference when he got the North Texas head job, McCarney has oozed passion, fire, will, work ethic and enthusiasm for turning things around at UNT.

More importantly, though, the Mean Green moving into a new stadium this year comes just in time, as Fouts Field had one of the most boring atmospheres in the country. Sure, there was not much to cheer about for UNT fans, but other places around the country have fans that get up, cheer and talk a little trash even if their squad is losing.

Hopefully the new stadium encourages fans to get loud and buzzing, and it's going to start with the Houston Cougars' visit this fall. 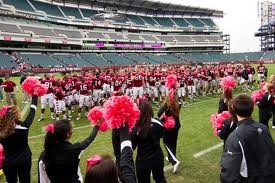 "The Linc," as it's called, falls in this category in college football, not the NFL. The Eagles have a great atmosphere on Sundays. But Temple doesn't on Saturdays. It's boring. Period.

Al Golden did all he could and got the school buzzing a bit when he was in Philly. Now that he's gone to Miami, Steve Addazio will be in charge of help filling seats at The Linc. Good luck.

I'm not sure whether fans in Philadelphia are just more passionate about the Eagles or if it's just the notion of the Owls not being a powerhouse, but something is missing from this stadium.

Hopefully Addazio can bring it out and turn it around for Temple. 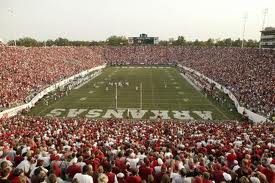 Hog fans, this isn't an indictment of you. No, it's not. This is about your stadium. The atmosphere at War Memorial Stadium is crazy, and Hog fans can get loud and buzzed up for their squad, but the stadium is not a looker.

It's almost like a big high school or junior college stadium in that sense. That's the feeling I get. It has not gotten rave reviews from visitors, and even some Hog fans complain about the need for an upgraded stadium in Arkansas.

Part of me thinks Hog officials do not want to change because of the tradition of the stadium, but another part of me thinks it's because they know that Hog fans can really make life terrible being on top of the visiting team. 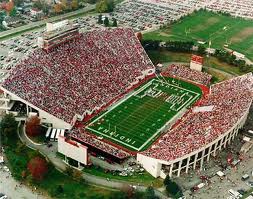 The Hoosiers play in an upgraded stadium, and it looks fantastic, but the atmosphere is not up to speed yet. It really isn't the overall atmosphere, as the tailgating actually is pretty good, and Hoosier fans come out in droves to support their "other" sports team.

Yet the game experience is lacking. The Hoosiers are not a powerhouse in the football world, so it's like fans come into the stadium just to hang out and not watch a win. The music that's played throughout the game has been complained about, and then you hear fans kind of gripe about the coaching as the game wears on. 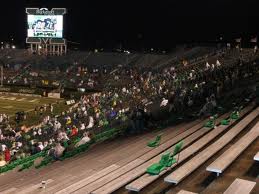 It's one thing to root for your squad when it is at home and you talk a little trash, loosen up and enjoy yourself. But Marshall fans have somewhat of a reputation for going overboard.

They are not the nicest people towards visiting fans when asking for directions to the restroom, to concessions or just walking by. You need to be a tough hombre wearing visiting gear coming into Edwards Stadium on fall Saturdays, as if you're not with the Thundering Herd, chances are you are going to hear about it and then some.

It just seems like the Marshall fans in Huntington are bitter and take it out on the opposing team's supporters. 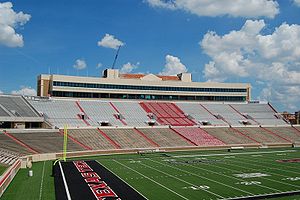 For some reason, the Red Raiders' stadium always comes up in bad stadium discussions and conversations with whomever I speak to. Tech's offense is fun to watch, and the fans come out to support the Red Raiders, but the stadium is not too well liked outside of Lubbock.

Texas Tech even played on AstroTurf—no, not FieldTurf; AstroTurf—for a good while after the surface became semi-extinct in football.

I've even heard stories of dust storms happening right in the middle of games. Wow. The seating is bad and can get uncomfortable, plus the Tech fans can get a bit rowdy at times. 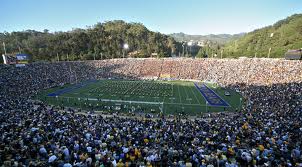 There's the cool trees that give the stadium a historical perspective, the crazy striped shirts the fans and band members wear and the whole Strawberry Canyon ordeal. However, the stadium is also built on an earthquake fault line just waiting to split.

There has even been talk of the overly priced PSLs the Cal Athletics department is asking fans to purchase that total well over the $200k range. Not $200—$200,000.

The stadium is pretty much deteriorating and surely becoming old, so now Cal is looking to upgrade and renovate, which is why prices are being jacked up more and more on a consistent basis.

So do fans get refunds on PSLs if an earthquake happens and the stadiums collapses? 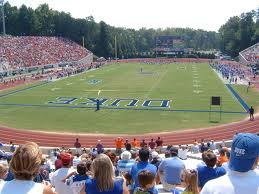 Duke has to entice fans to come out and support the football team by dangling basketball tickets in front of them like carrots to a rabbit. Some seats even require hoops fans to have purchased a certain number of football tickets.

The stadium is old and outdated, although there have been a couple of upgrades and renovations seen around it, but a new stadium is needed.

The team is not too good either, but that's not because David Cutcliffe can't coach. It's just the shadow of the hoops team does not bode well for the program, and the academic requirements are pretty steep as well. 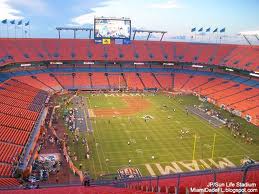 When I've watched "The U" on TV, I've always thought, "Why isn't the stadium rocking like the old days?" Then the camera pans around, there are empty seats, and I'm startled—I mean, this is "Miami!"

College football probably shouldn't be played in an NFL stadium, outside of the traditional and historic major powers. Miami is one of them, but their fans do not fill up the stadium, which takes away mystique from the atmosphere.

It is a noted difference as a player and fan to look up and see a packed stadium versus seeing a host of empty seats around the arena.

But hey, this beats the Orange Bowl, right? 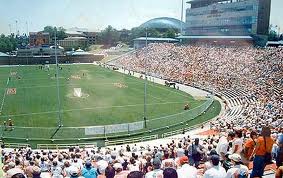 Randy Edsall bolted from UConn to his dream job, and likely for a bad stadium. The Maryland fan base is searching for something to get excited about again, as Ralph Friedgen did take them to a BCS bowl a few years back. Maybe Mike Leach would have ignited the excitement again, but now it's up to Edsall.

Byrd Stadium lacks mystique because Maryland doesn't truly have much football history compared to other schools in college football. The size of the stadium is fairly small for an ACC program, and it just needs upgrading, renovation or simply needs to be demolished.

Edsall likely will lead a charge to get a new facility built during his tenure with the Terps.

I like "The Rent," but I just think it's a bit small. It holds 40,000 people, and since UConn has become a BCS bowl participant program since it opened, the Huskies need more space.

UConn is growing in size as a program, as its appearance in the Fiesta will only bode well for the program going forward, which will attract more fans.

Plus, now that the program is entrenched as a respectable foe, visiting team fans will make the trek to see their school play the Huskies, which is why more seats are needed. 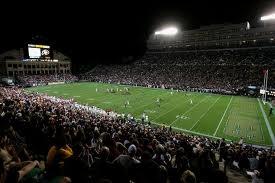 Talk about a letdown experience. Wow. You roll up to Folsom and see how great-looking it is, and you get stoked for a good experience.

Then you get inside, and the Buffaloes fans are a bit over the top. They treat visiting fans worse than Marshall does. There have stories of lacing convos with bad language, threats, thrown beer cans, alcohol being tossed and poured and even tales of kids urinating on people.

Root for your team, fine. Talk some trash, fine. But going completely overboard? Not cool. 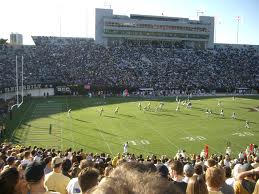 Skip Bayless has even gone on record to say that he thinks the Commodores have no chance of ever winning in the SEC, let alone a national title, but I think anything's possible.

It starts with the stadium. It's boring. Period.

The Vandy fans are calm and quiet, and I'm not sure if it's because they've rarely had success on the gridiron or if the student section is too worried about their academics. Whatever it is, the atmosphere is bad.

What makes it worse is that Vandy is an SEC school. That means something. The Commodores let their opponent's fans come in and make it a home game in their stadium practically. Come on, Vanderbilt—you're better than that. 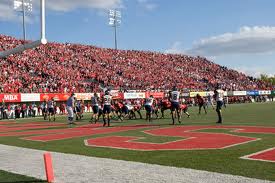 The overall atmosphere for NIU games has been just stated as "poor." The fans bark, hoot and holler and think their team should be ranked No. 1 in the country and yap in your face all game long.

First downs are celebrated like game-winning touchdowns, and it's always crowded wherever you go—bathrooms, concessions, everywhere. It gets annoying really fast, and you even start to wonder if you should leave.

Aside from yapping at you for being for the visiting school, the fans then try to make false, misinformed claims about your school and team, where you feel, "Why even say anything back? Clearly they have their facts wrong."

You just shake your head all game long.