College Football Power Rankings: Which College Coach Is The Most Overpaid? 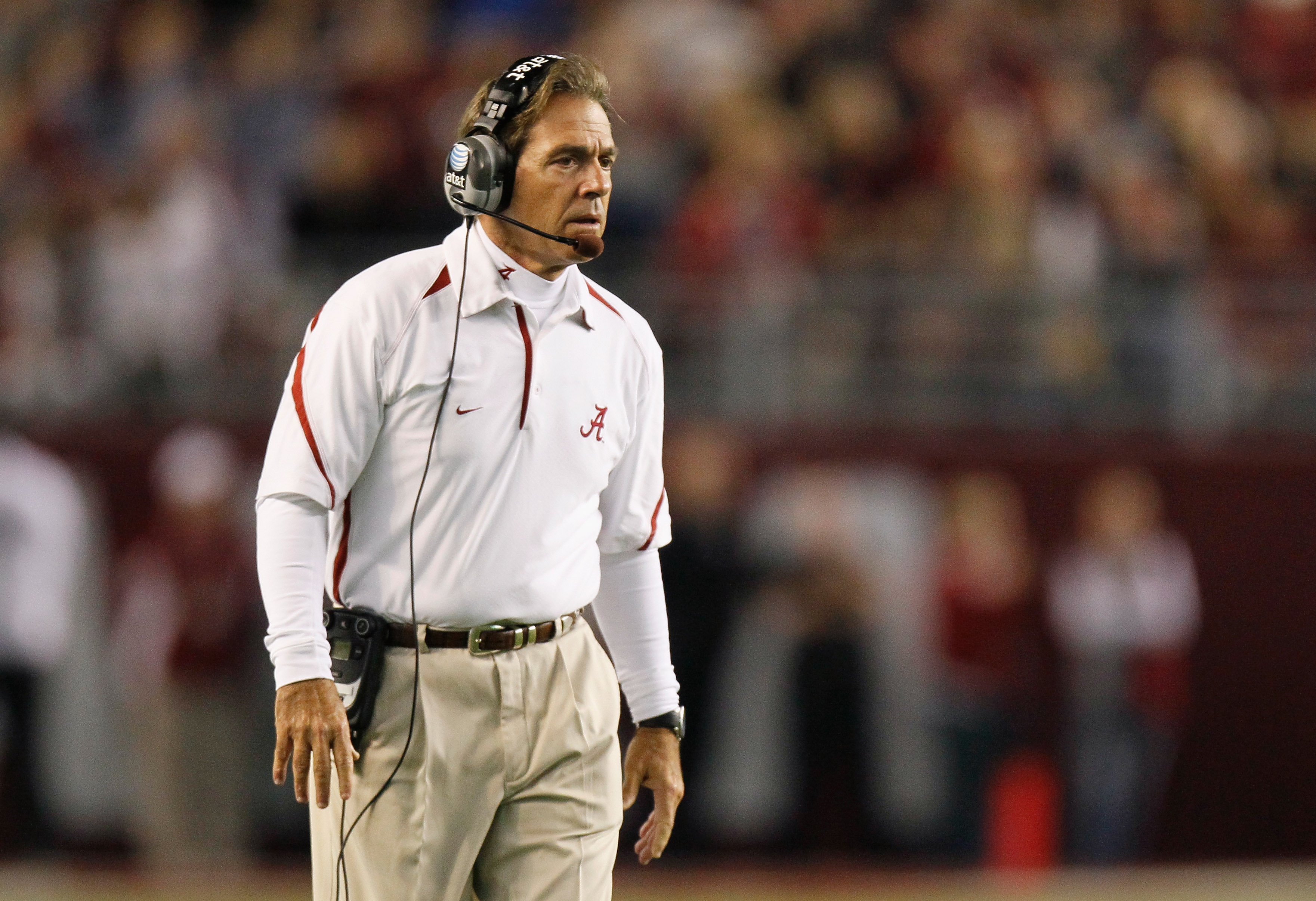 College football coaches make incredible amounts of money in today's football-obsessed society. Schools want wins and they want a lot of them. They want conference championships and national championships.

And they're willing to pay for them.

According to a study conducted by USA TODAY, at least two-dozen head coaches made more than $2 million in 2010.

There is no doubt that these men work extremely hard in an excruciatingly competitive field, but many are overpaid.

Here are the 20 most-overpaid head coaches in the FBS. 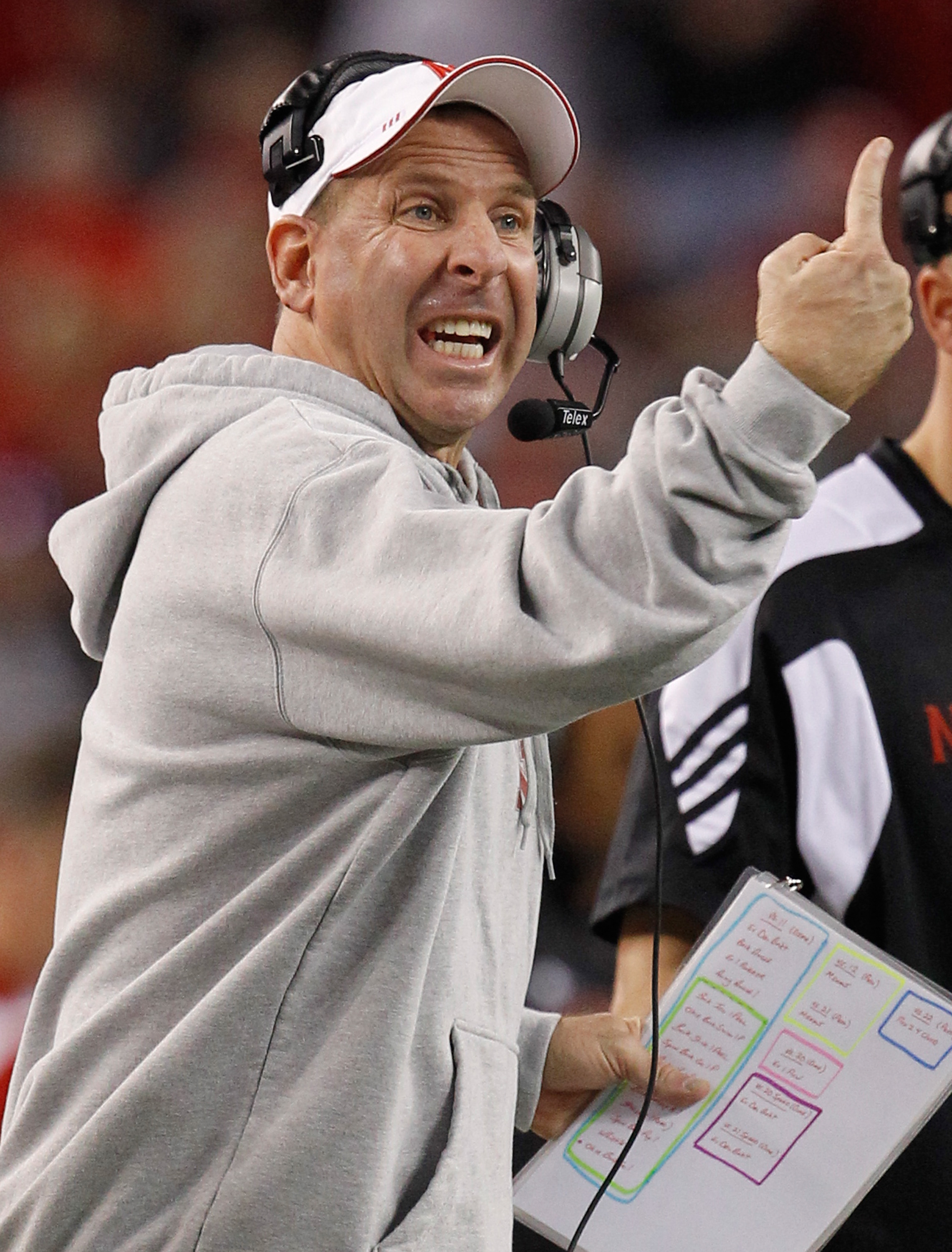 He has won two Big 12 North titles in two seasons, losing the Big 12 Championship Game narrowly both times. Getting close to conference championships and then heading to the Holiday Bowl doesn't warrant $2 million.

Despite his lack of success in the big game, Pelini appears to have a bright future at Nebraska—get Nebraska to a BCS bowl before that contract expires in 2013 and Pelini will have earned his money. 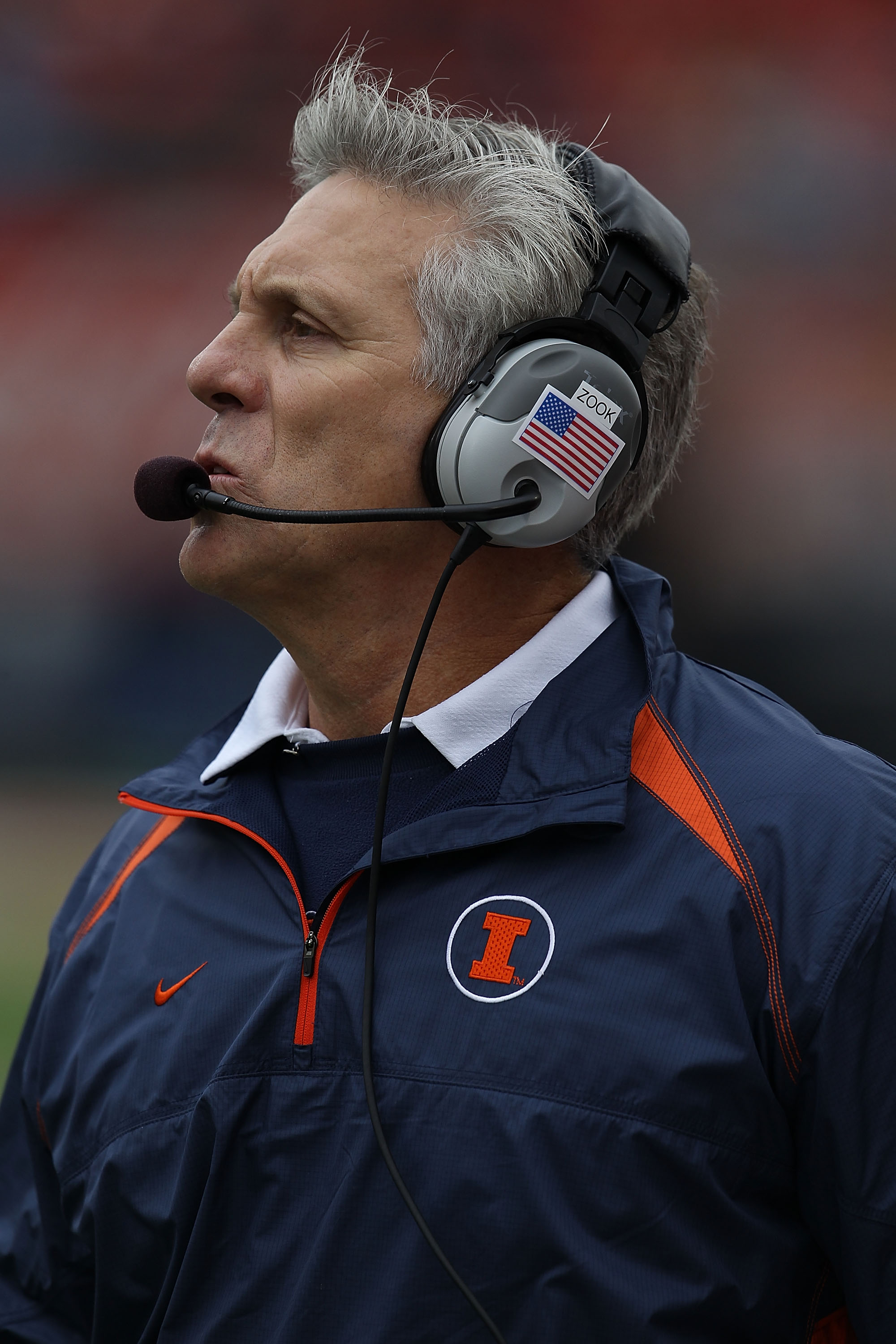 That 2008 Rose Bowl appearance just keeps getting further and further in the past. Meanwhile, Ron Zook has produced seasons of 3-9, 5-7 and 7-6.

Getting to the Texas Bowl and beating Baylor this season really helped his cause.

Zook received an extension after that Rose Bowl season and it was a fair decision—considering it was only for one year and didn't include a raise. Thank goodness. 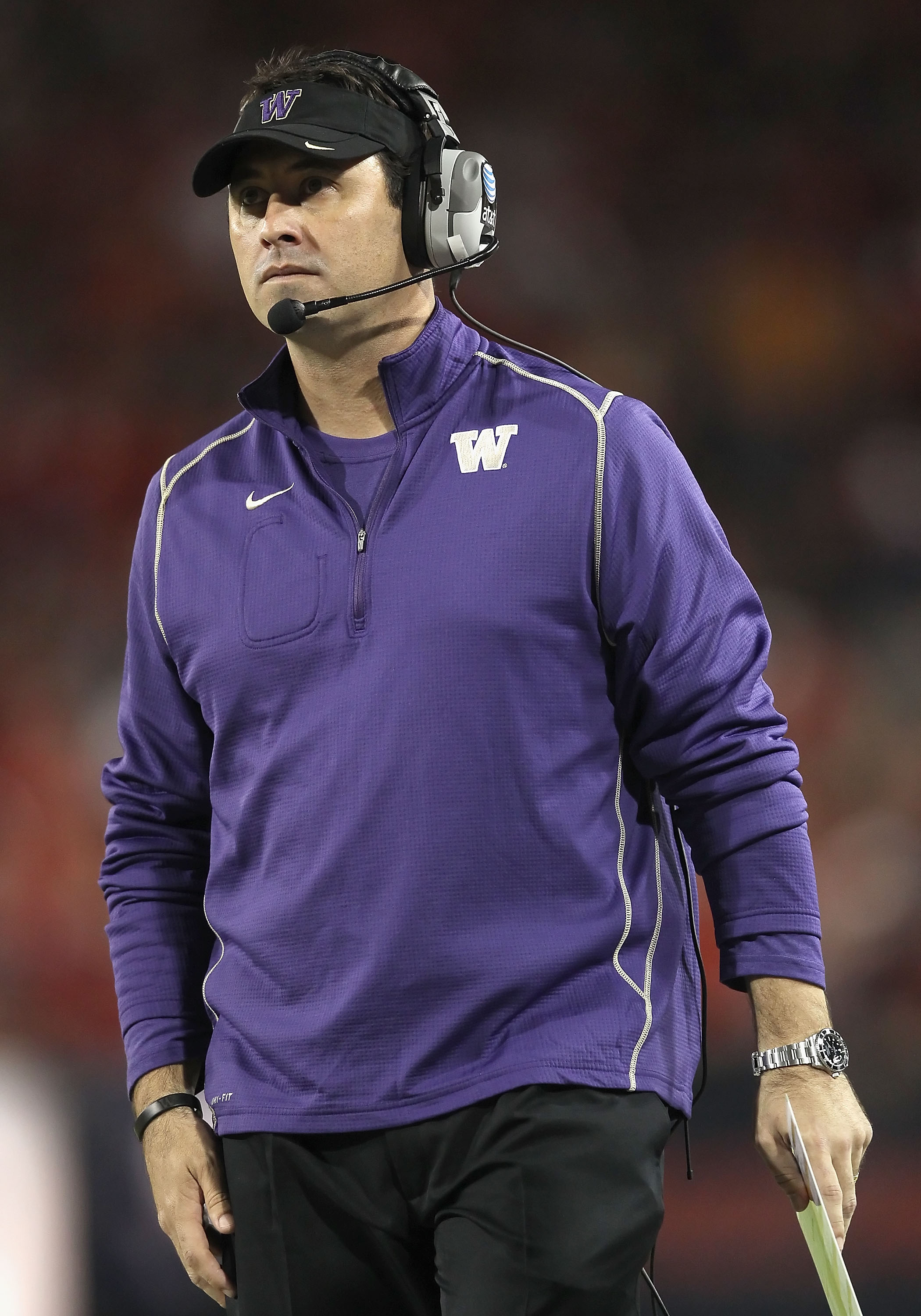 Steve Sarkisian has produced in his first two seasons as the Huskies' head man.

But how does a guy who has never held a head coaching job in Division I football get a contract that pays more than $2 million each season? 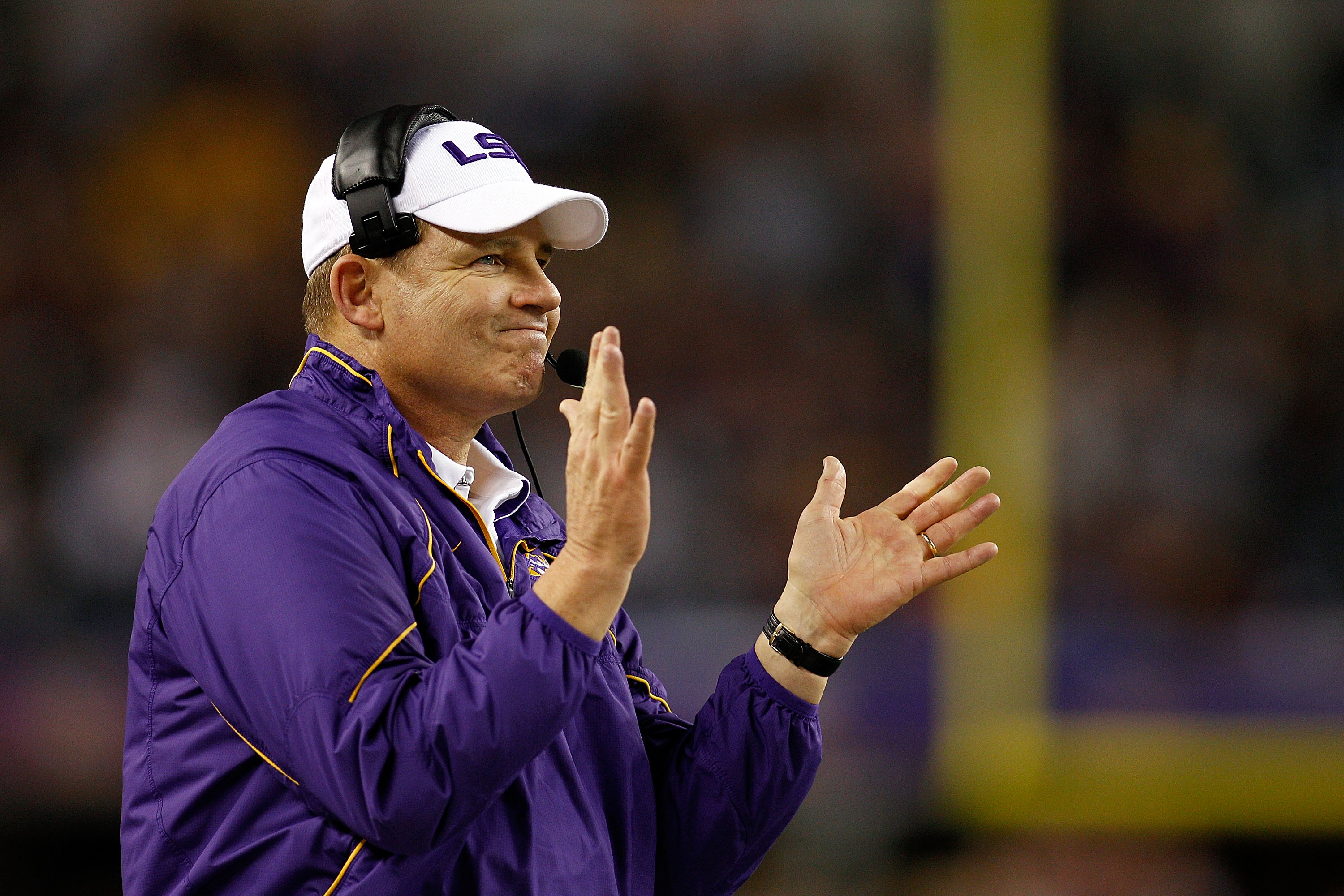 For how criticized Les Miles is by the LSU fan-base and the national media, he sure does inspire confidence in the people paying him. He just signed a seven-year deal that pays him $3.75 million with plenty of room for incentives.

He's a terrific and underrated coach, but he is overpaid.

Until Miles starts winning SEC Championships again instead of tiptoeing around them, the public perceptions about him will not change. 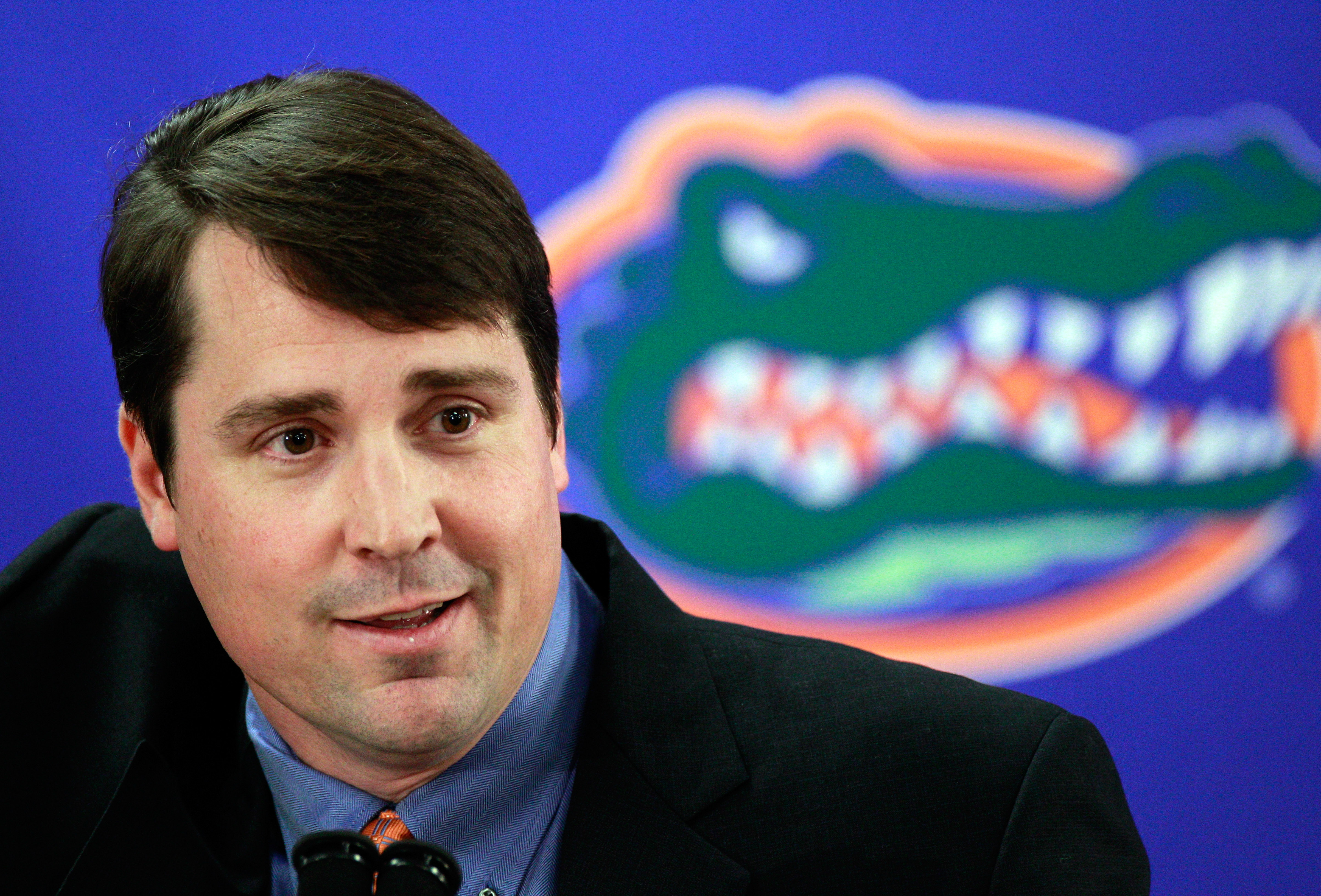 Will Muschamp has never been a major college football head coach.

So, of course the Florida Gators gave him a five-year contract worth $13.5 million to coach one of the premier programs in one of college football's most competitive conferences.

Did I miss something here?

Muschamp looks like he'll be a fine football coach, but Florida is overpaying by at least a half-million dollars per season.

Let the guy prove himself before you fund his retirement. 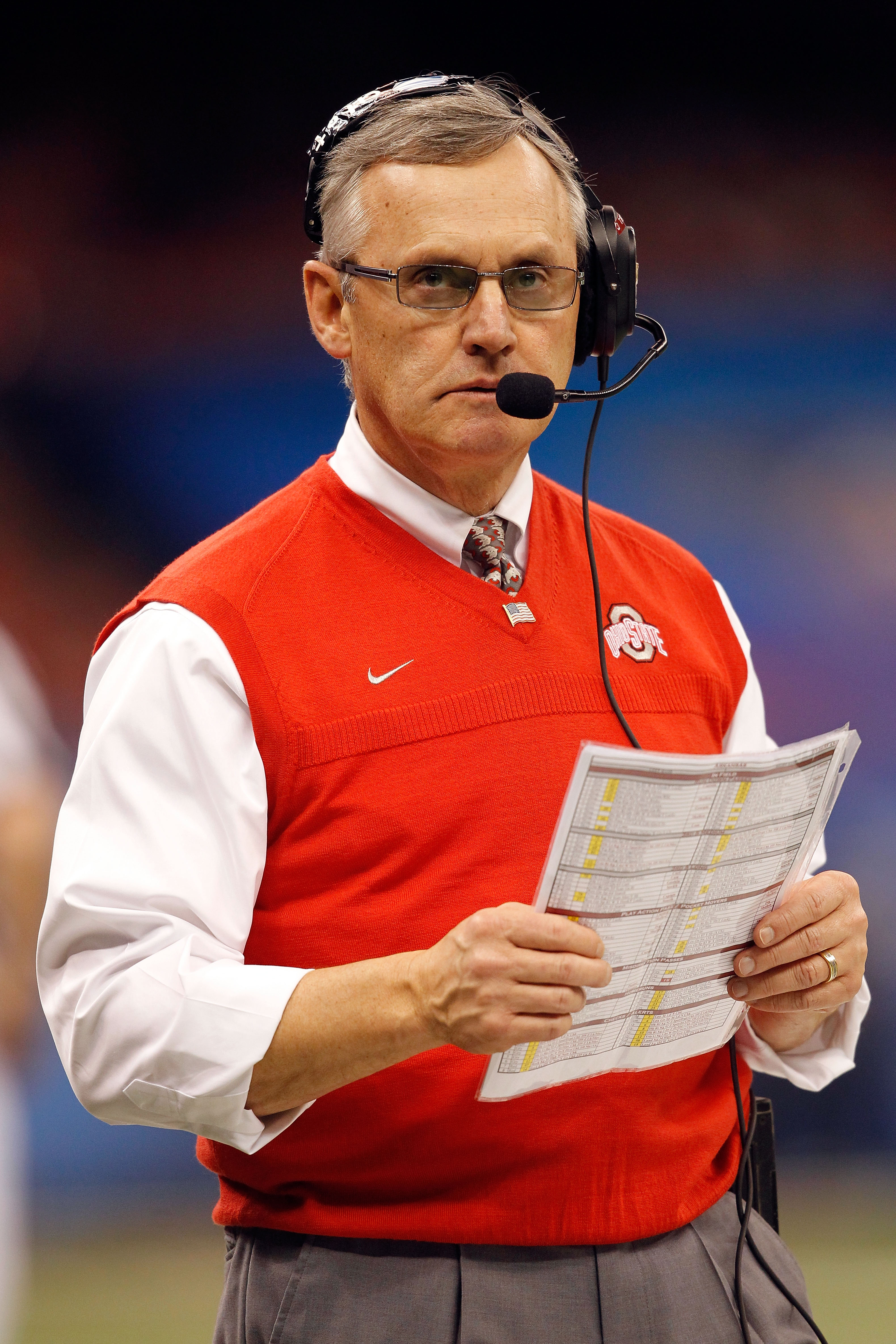 It's hard to say that a coach who has won a share of the Big Ten title six years in a row is overpaid—even at $3.5 million.

But, it's also hard to say that a coach who hasn't won a national championship since 2002 isn't overpaid at $3.5 million.

Tressel is close to being accurately paid, but it's still a little too much—Ohio State fell in love with that '02 national championship. 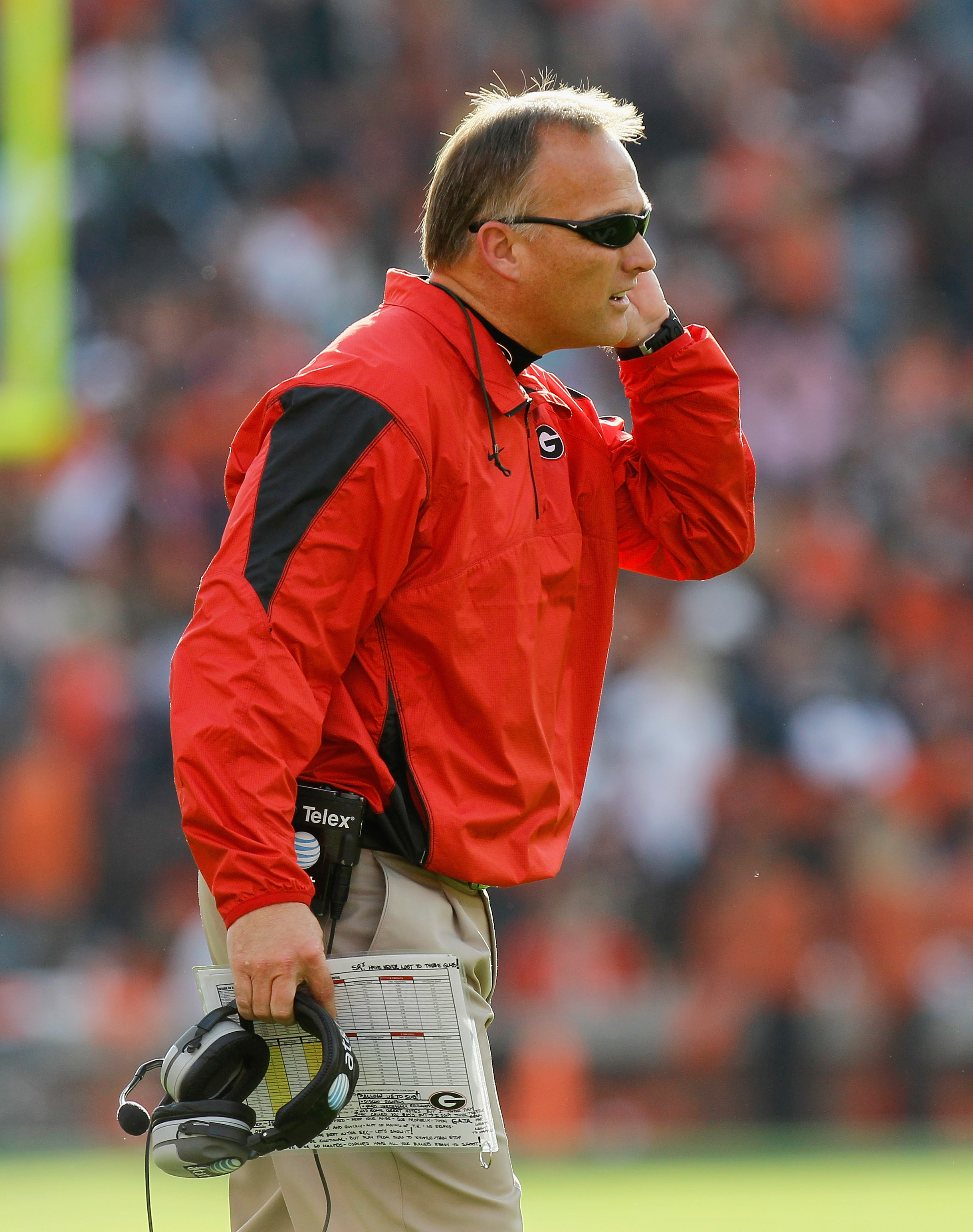 What exactly has Mark Richt done to earn $2.8 million plus incentives each season?

Georgia is five seasons removed from its last SEC Championship.

Richt recruits well, but has failed to consistently translate that talent into success.

He's done some great things and earned a good part of his paycheck, but definitely not all of it. 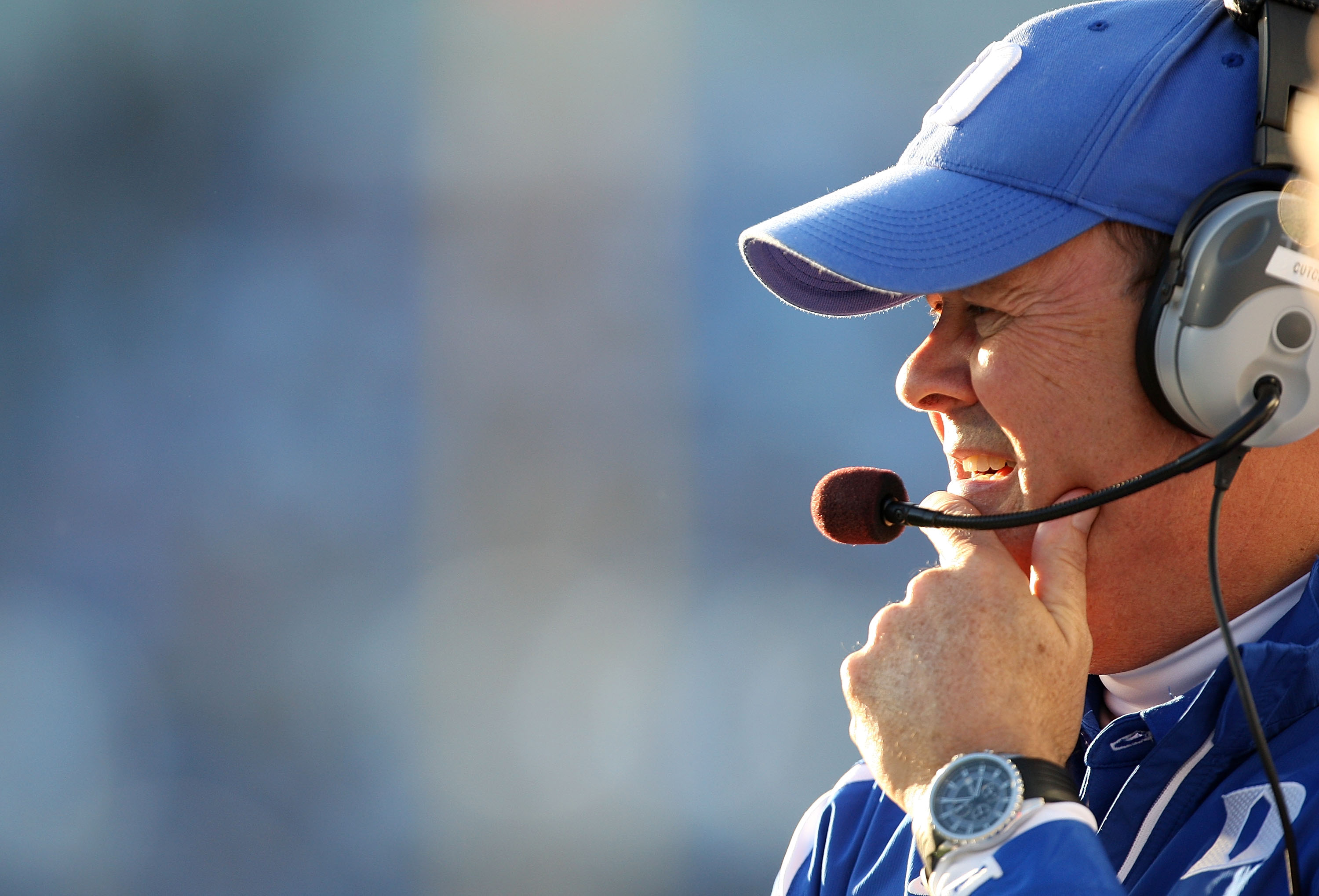 In defense of David Cutcliffe, what does Duke really expect?

It's about academics, not football. Getting six or seven elite basketball players on campus is much easier than 40 football players.

However, it's not worth $1.5 million per season—especially when five wins seems like the best a coach can do consistently. 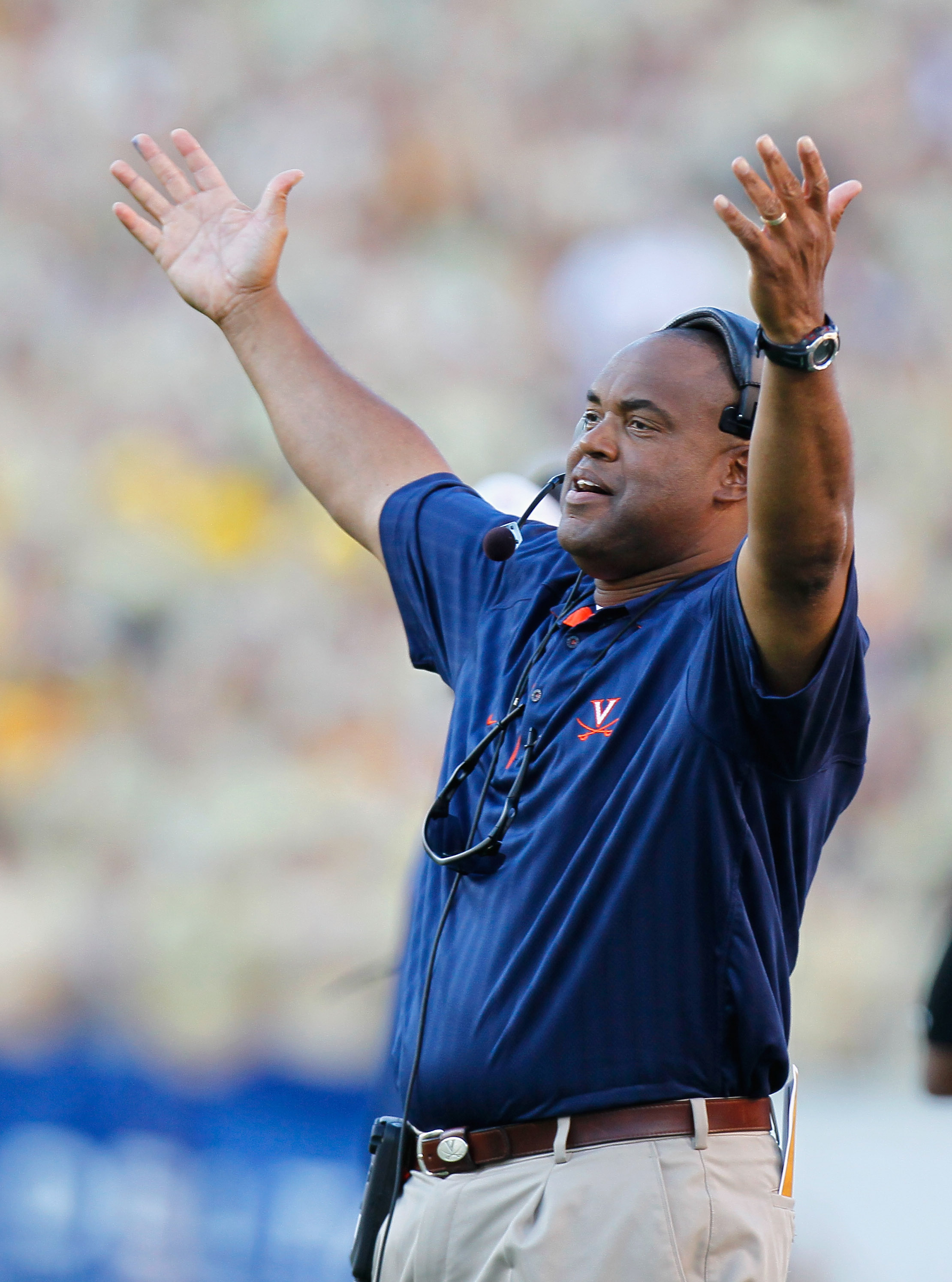 It's a little premature to say that Mike London will never earn his salary, but he definitely didn't in 2010.

Virginia swung for the fences by giving London—who is in his first Division I head coaching job—a big-time contract.

He responded by winning two games over FBS programs.

London managed two other victories over FCS teams, but he'll have to pick it up to be worth even half of his salary. 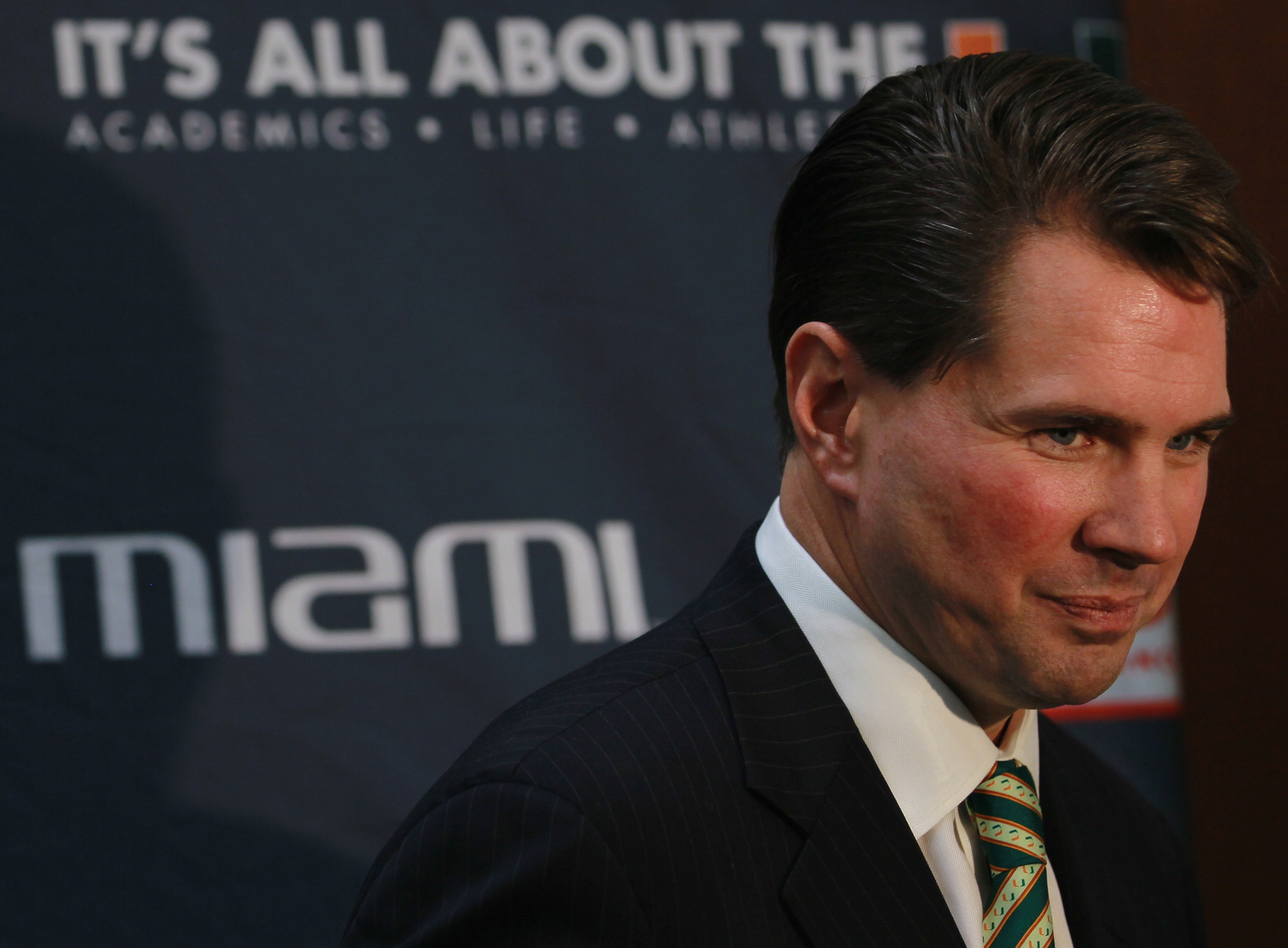 Miami expects big things from Al Golden and they are paying him accordingly.

But how does a coach that led Temple to 17 wins in two seasons suddenly deserve $2 million and the reigns to a premier football program?

One of the two would be fine, but not both.

Again, I would let somebody prove themselves at $1.5 million a year and keep an extension and raise in mind if things go well.

Would Golden have really turned down such an offer to stay at Temple? He made just over $500,000 last season. 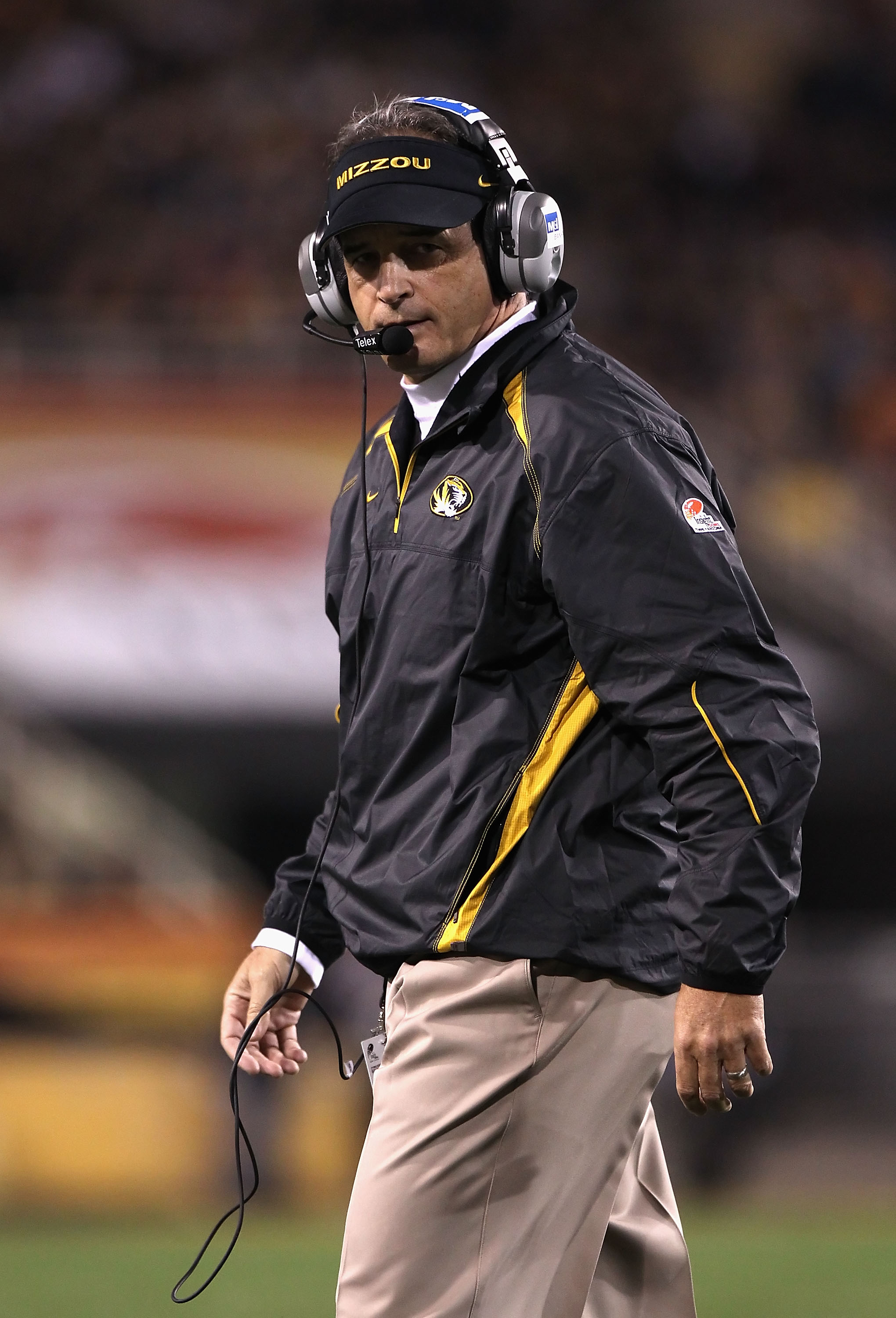 Missouri has enjoyed many of its best seasons under Gary Pinkel. Yet, they've never won a Big 12 championship and have only been to two Big 12 Championship games.

Pinkel is getting paid like a championship coach: Reduce the salary by 20 percent and then it's fair.

As it stands, Pinkel is milking it. 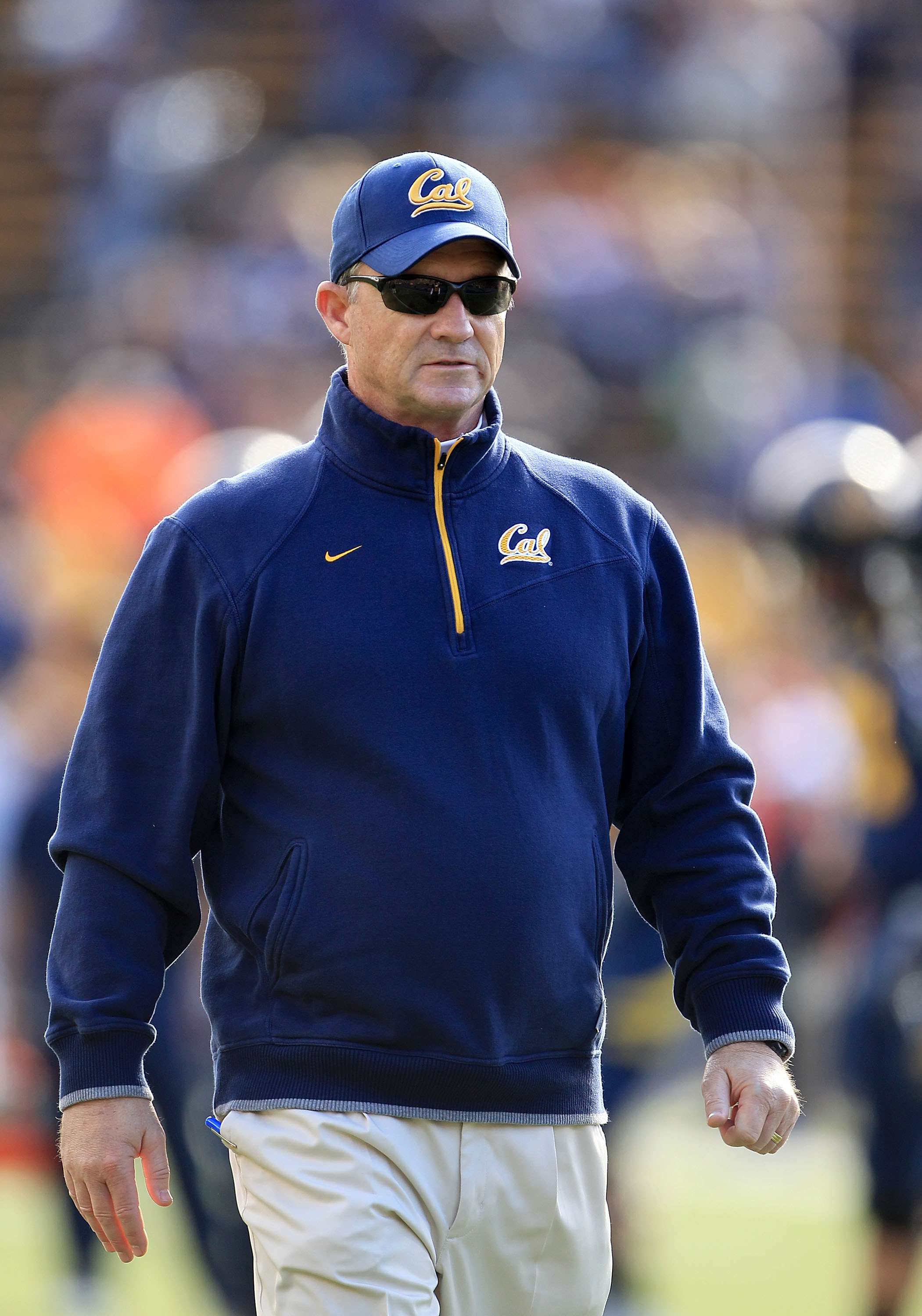 When expectations are at their highest, the Cal Bears have faltered under Jeff Tedford.

He's won one Pac 10 championship and finished second only one other time—in nine seasons.

Tedford has had a nice tenure at Cal, but he's being paid like a top-20 coach.

Is there any question that Tedford hasn't proven he deserves to be included amongst the coaching elite? 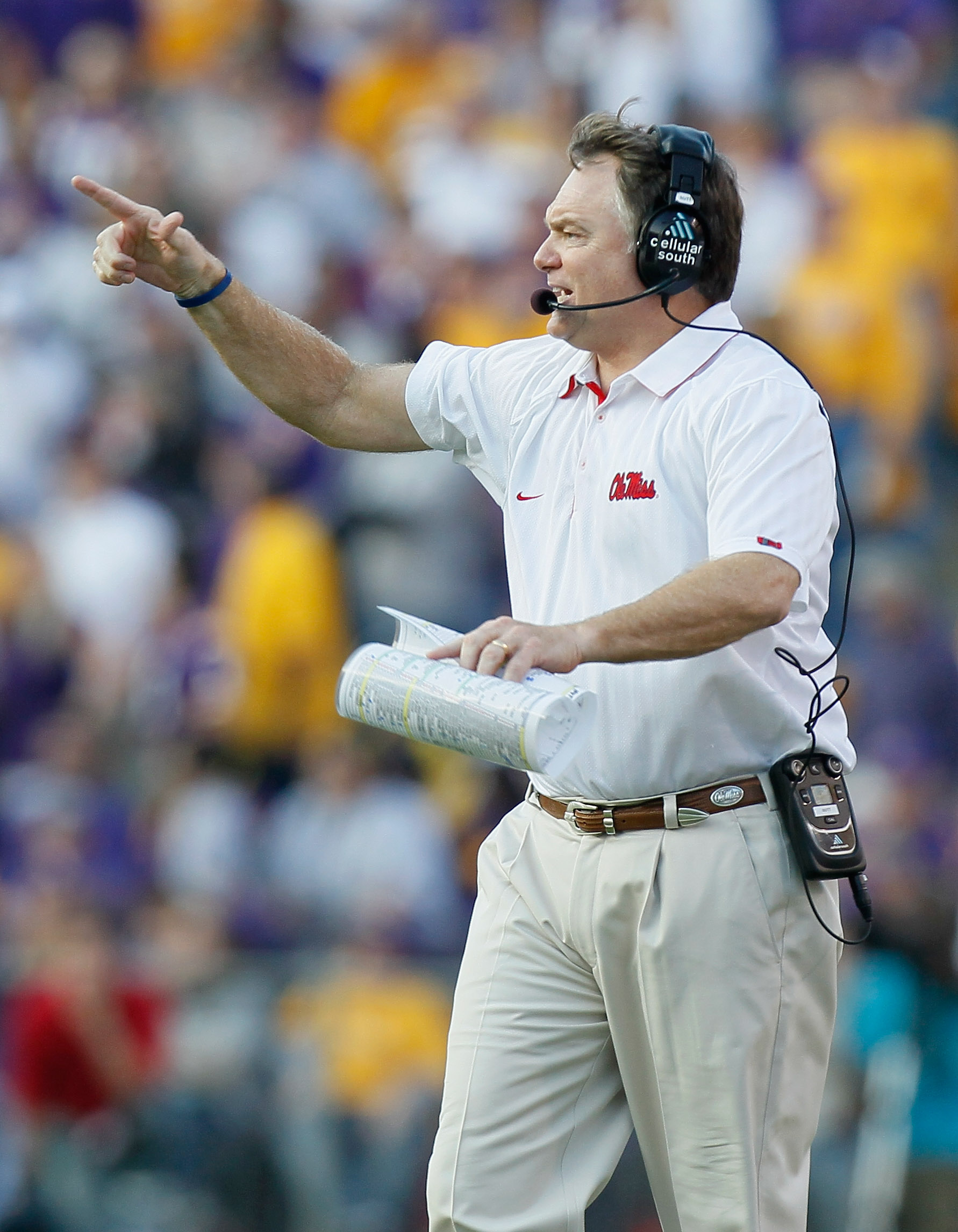 Contract: Through 2011 with three-year option

There are few coaches more entertaining or more dangerous to ranked opponents than Houston Nutt.

He brought some bright days to Arkansas and has done the same—at times—at Ole Miss.

At the same time, a few sensational victories don't make up for overall shortcomings. 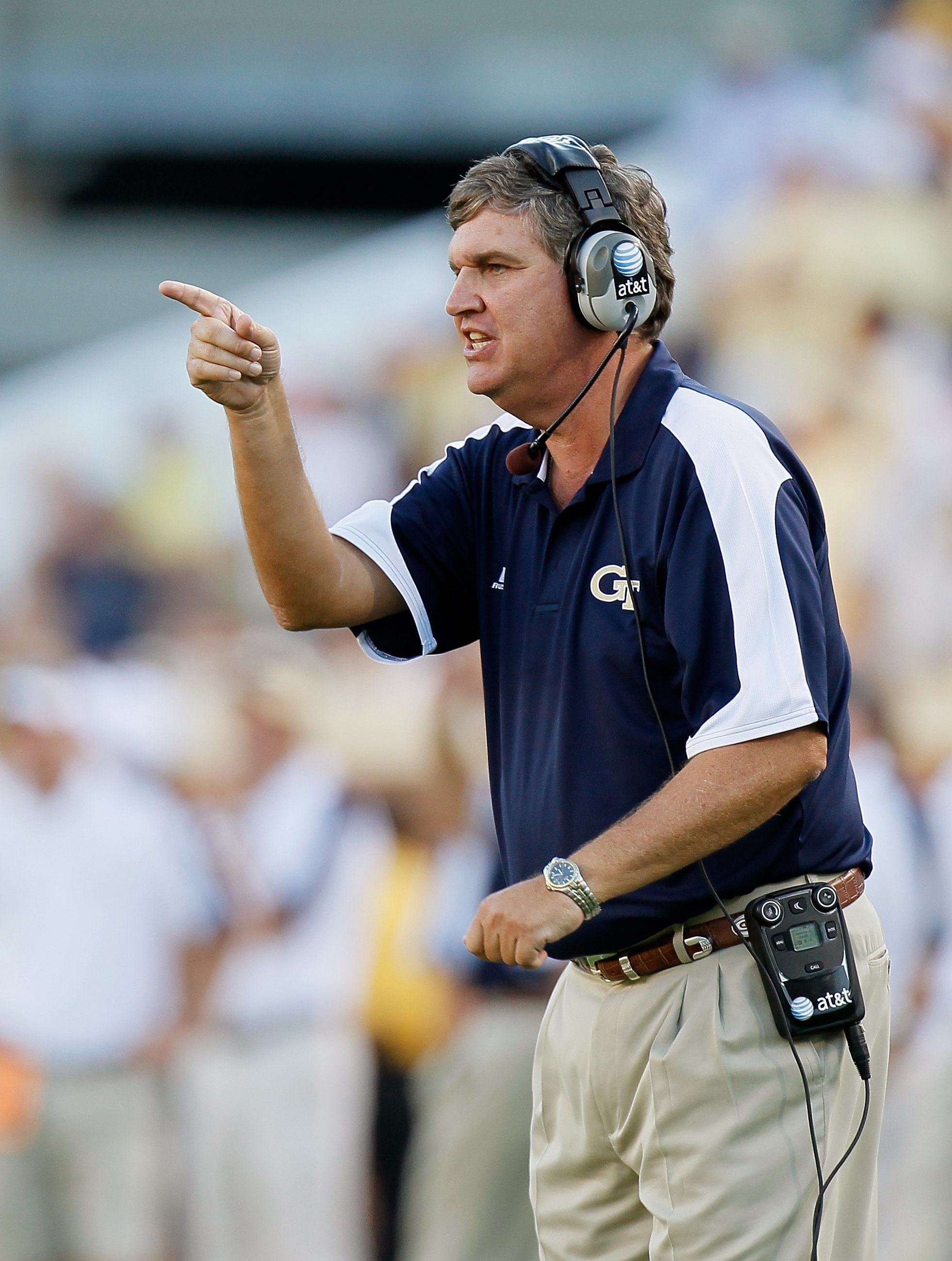 In other words, Johnson was given a $1 million per year raise after one nine-win season.

Granted—he earned an ACC championship in 2009, but how had he earned such pay before? 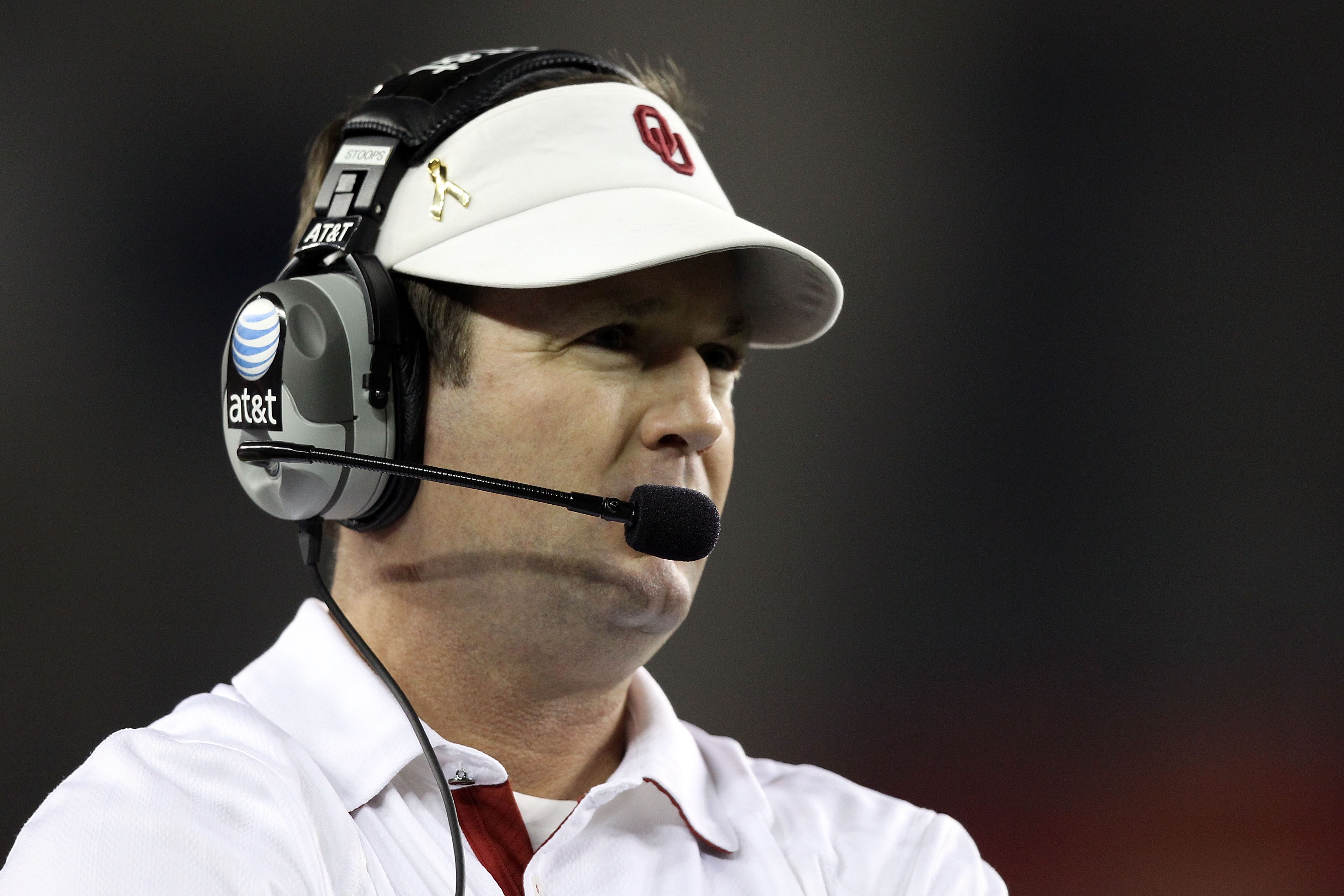 By the end of Bob Stoops' contract, he will be earning more than $5 million per season.

No college coach should make that much.

And for what? Stoops is one of the best coaches in the country but hasn't won a national championship in 11 seasons.

But more than $4 million per year—soon to be $5 million—is an absurd price tag. 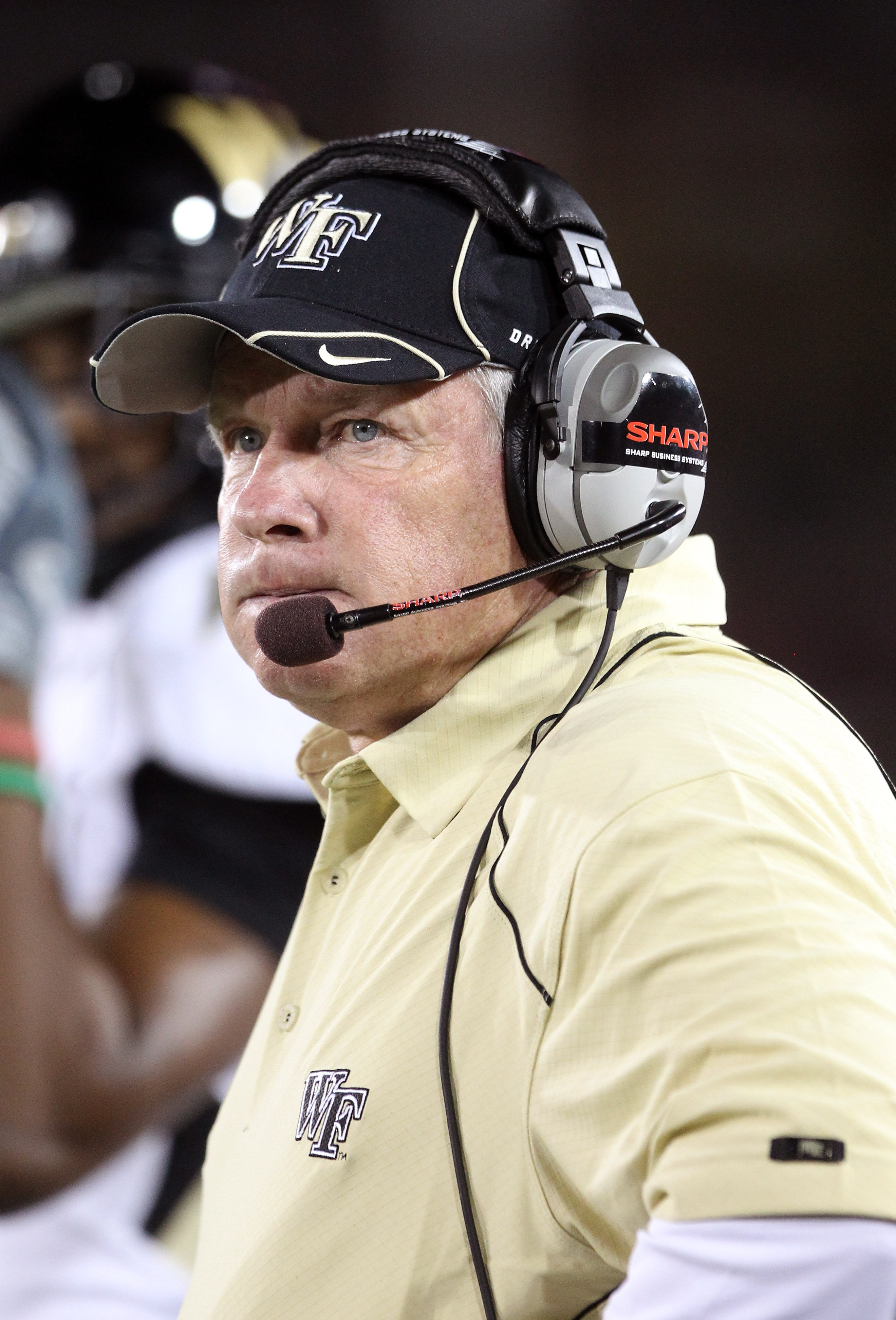 What exactly is Jim Grobe doing making nearly $3 million per season? More to the point: What is Wake Forest doing paying anyone that much to be its football coach?

He had another one-win season in 2004. He's put together three-win campaigns five times.

When exactly did he earn such a huge contract, again? 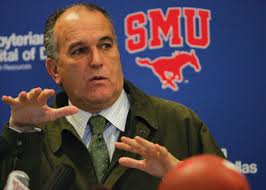 I get it. Southern Methodist wants to return to prominence for the first time since it landed the "Death Penalty" in 1987.

So it paid for big dollars for the coach it trusted to do help it do that.

Neither of those conferences have a $2 million man, unless BYU's Bronco Mendenhall's undisclosed contract makes him one. 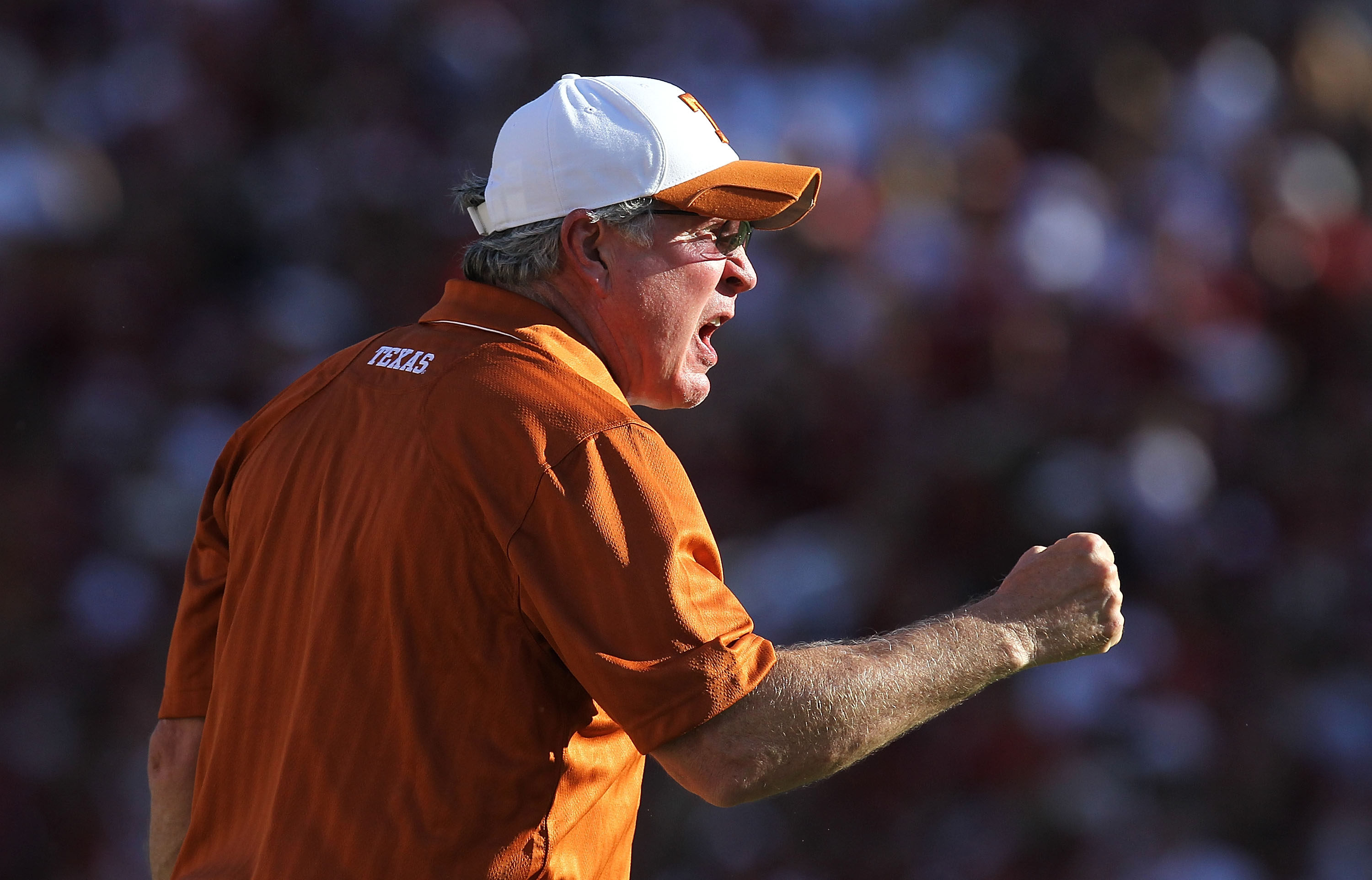 Mack Brown is an elite coach in charge of a premier program, but making him a $5 million man is unjustified.

He could win three consecutive national championships and still not deserve that—these are football coaches, not CEOs of Fortune 500 companies!

Brown will get his chance to make a real argument for himself while breaking in inexperienced offensive and defensive coordinators this season. 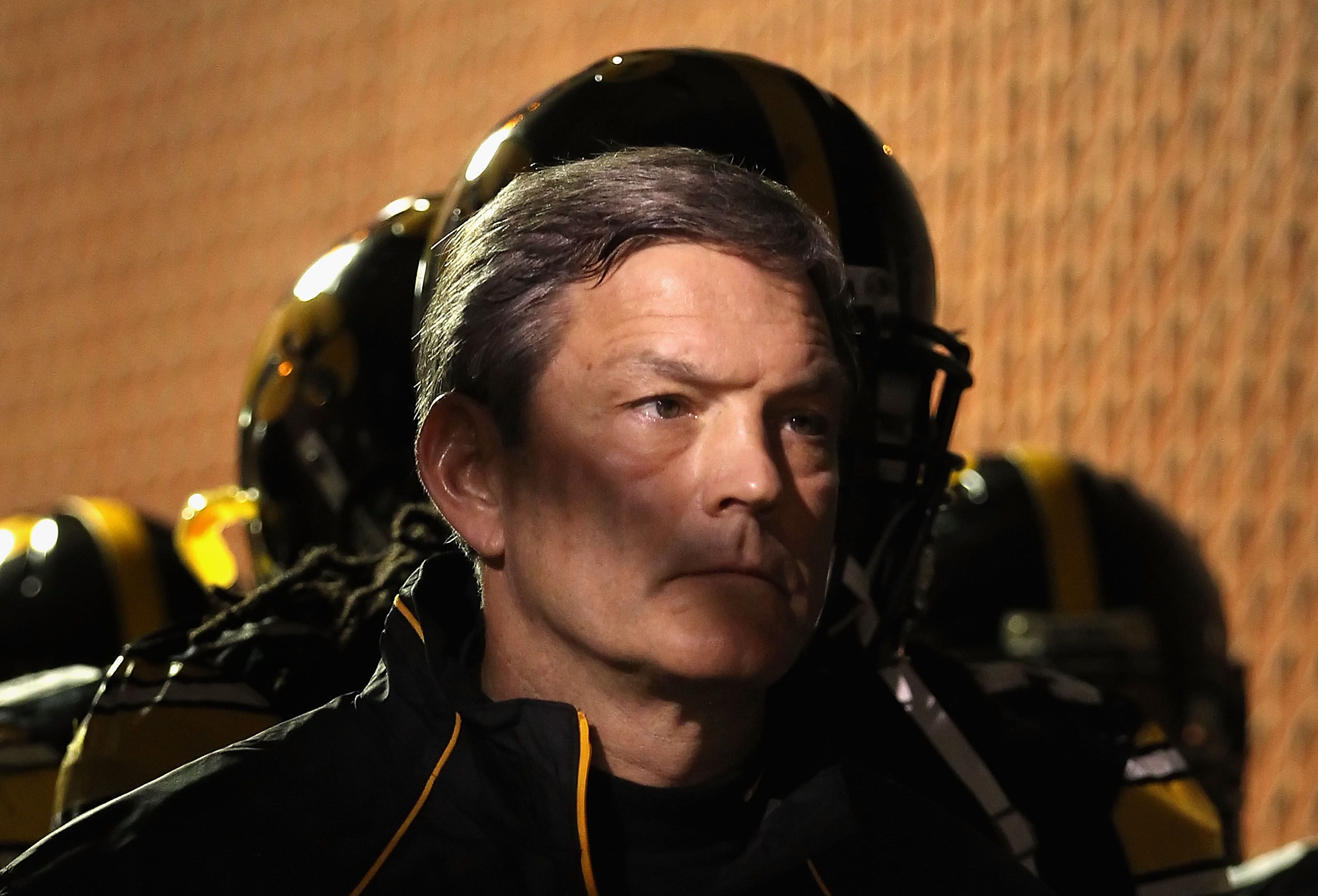 For some reason, every analyst seems extraordinarily infatuated with Kirk Ferentz. Apparently, so are Iowa executives, who extended his contract through 2020 before the 2010 season.

What exactly has warranted such a lengthy and expensive contract? Two conference championships to his name and Ferentz makes more than Jim Tressel, who has won seven.

I'm no mathematician, but that just doesn't make sense. 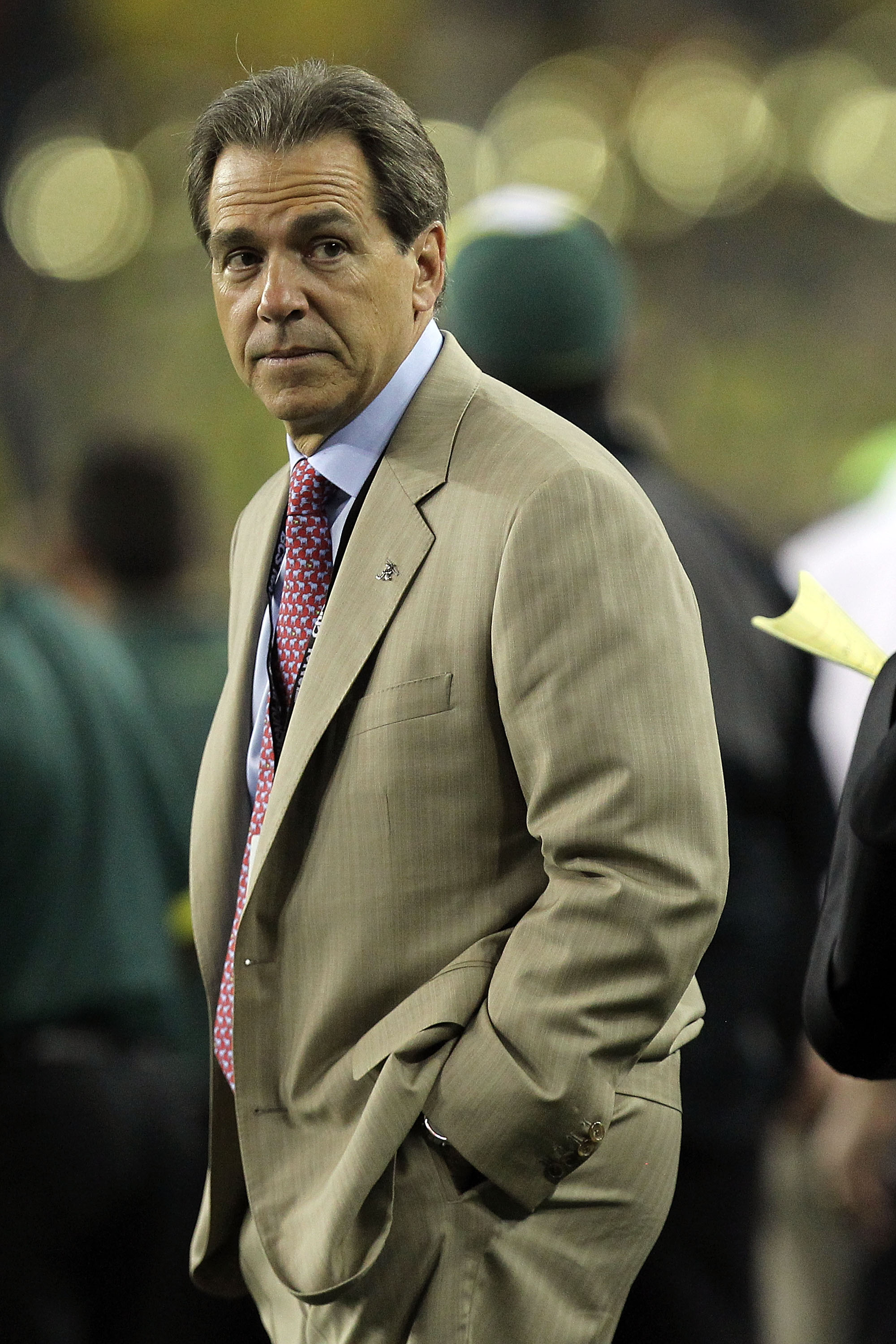 If you need to go throw up, go ahead. I'll wait. You back now?

This is not an indictment on Nick Saban's coaching ability. He's easily one of the five best coaches in the country and many would argue that he is the very best.

But even the very best does not deserve $6 million annually.