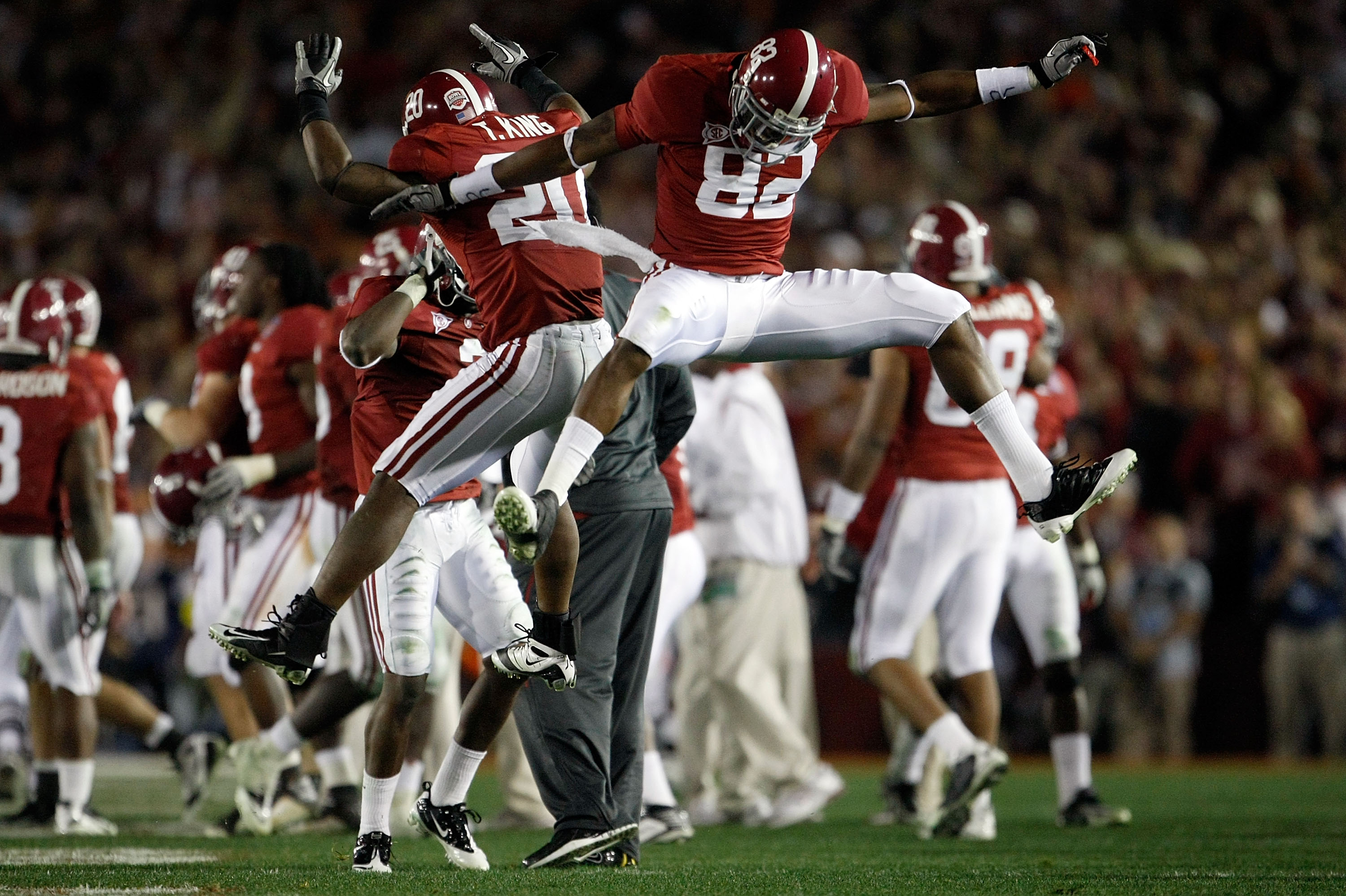 Bowl Projections are in full swing with only one more week remaining in the College Football season.

What a wild ride it has been.

With the National Championship picture still possible to change, the dominoes might not end up falling perfectly into place.

But that doesn't mean we can't predict what could happen in late December and early January.

Since there's a whopping 35 bowl games on the docket this year, there will be plenty of chances for upsets and surprising story lines.

Here's a look at a few surprises you might see during the bowl season.

No. 10: Hawaii and Tulsa Will Play the Most Enjoyable Bowl Game of the Season 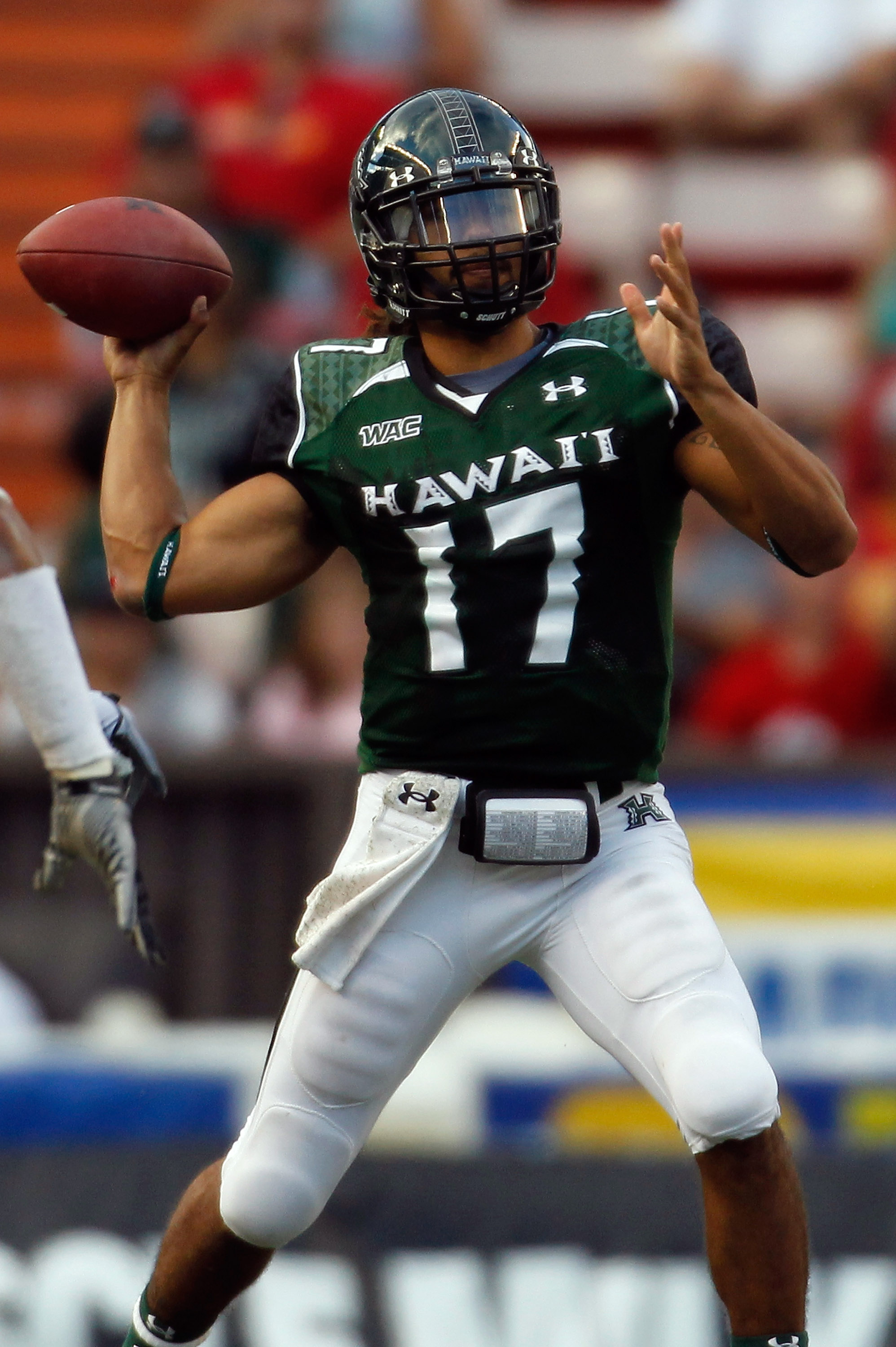 Hawaii likely will be staying home for the holidays and welcome Tulsa on Christmas Eve in the third cousin of them all, the Hawaii bowl.

As trash flutters across the field and about 10,000 spectators look on, G.J. Kinne and Bryant Moniz will absolutely light up the scoreboard.

With two of the best offenses in the country facing overmatched defenses, it's not unrealistic to expect both teams to score around 50 points.

If you don't feel like hanging out with the in-laws, grab a six-pack and enjoy the show.

No. 9: The Big East Champ Will Hang Around in the BCS Game 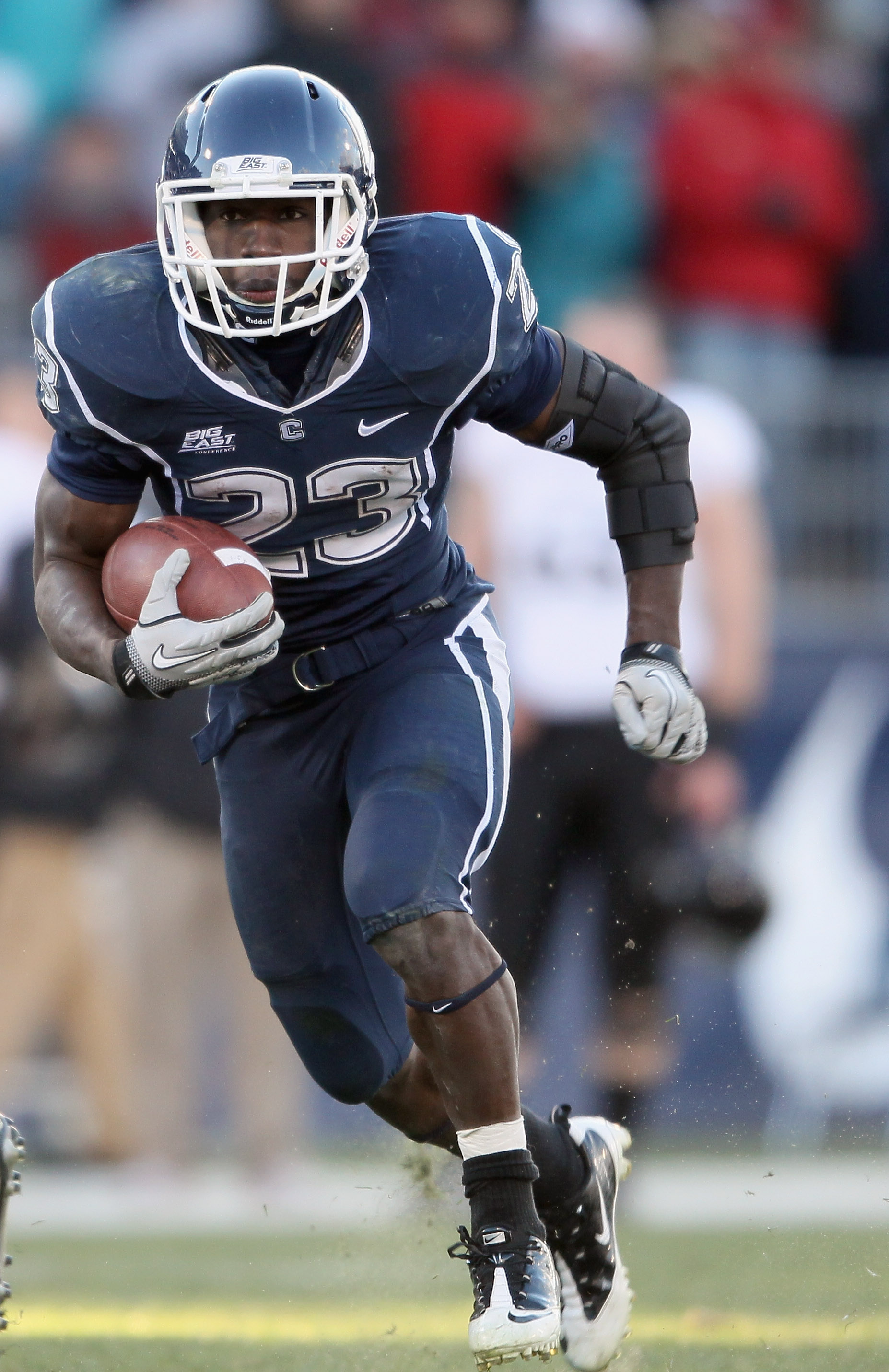 There's plenty of reasons to dislike the BCS, and the Big East getting a coveted automatic bid is one of the biggest injustices of all.

They certainly won't deserve a spot, but that doesn't mean they can't contend or even prevail in the bowl game.

No matter which Big East team ends up in the BCS, there is a good chance they will face Virginia Tech in the Orange Bowl.

Let's be honest, the ACC hasn't exactly been a dominant force on the College Football landscape this season either.

Look for the Big East team to be very competitive against the ACC Champion.

It should be interesting to see what kind of television ratings the game will get.

No. 8: Notre Dame Finishes the Season With a Big Bowl Win 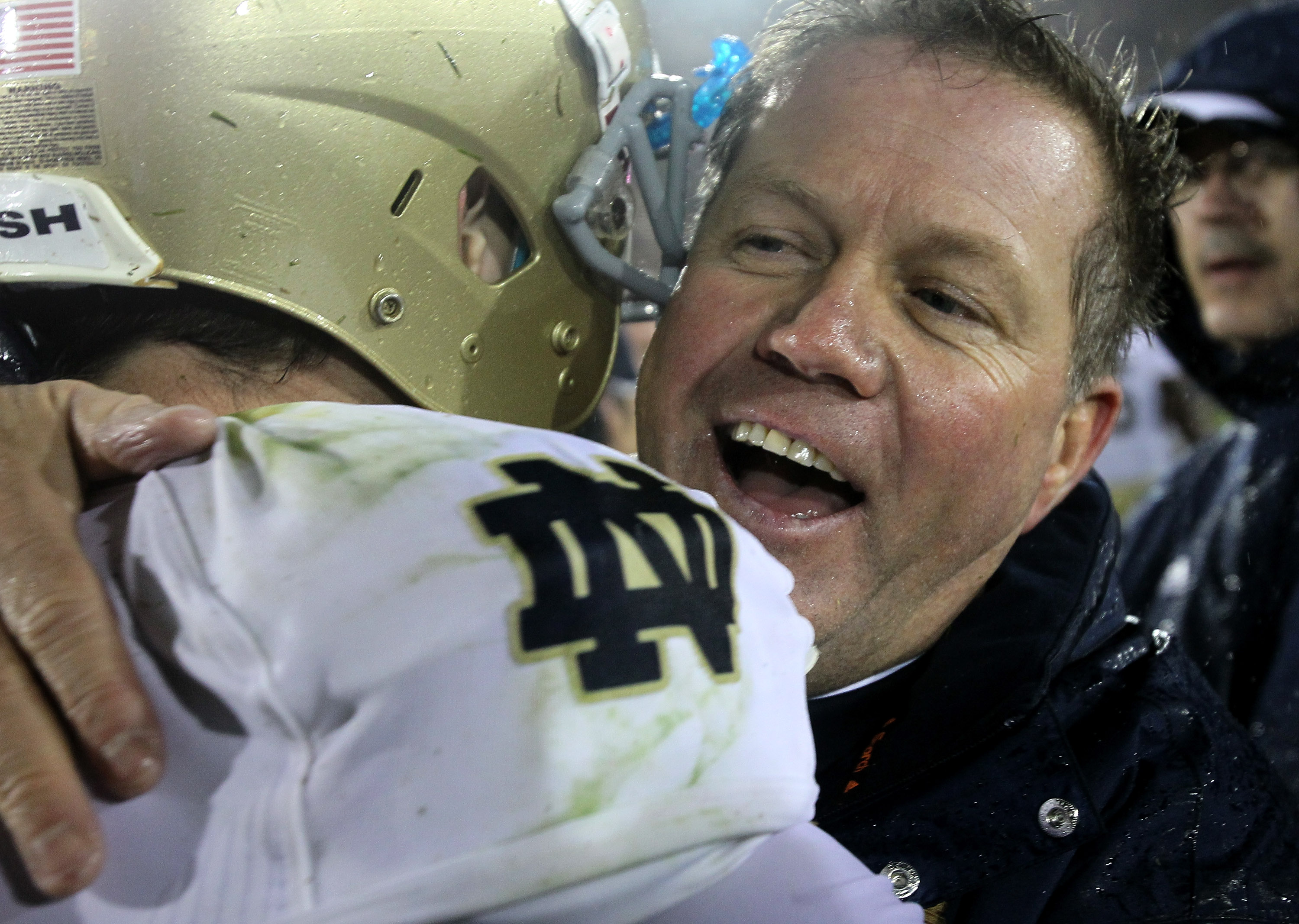 Finally, Notre Dame has started to play defense and find ways to win.

The Irish had a mediocre season under Brian Kelly, but will get the chance to gain some momentum heading into next year with a postseason win.

Behold the magic of the 35-bowl system.

Notre Dame could get a few different invites, but it seems the Irish will be headed to the Champs Sports Bowl in Orlando.

With Maryland as the likely opponent, Notre Dame has a good chance to compete and cap off the season with four-straight wins.

No. 7: Jake Locker Has a Fantastic Game in His Finale 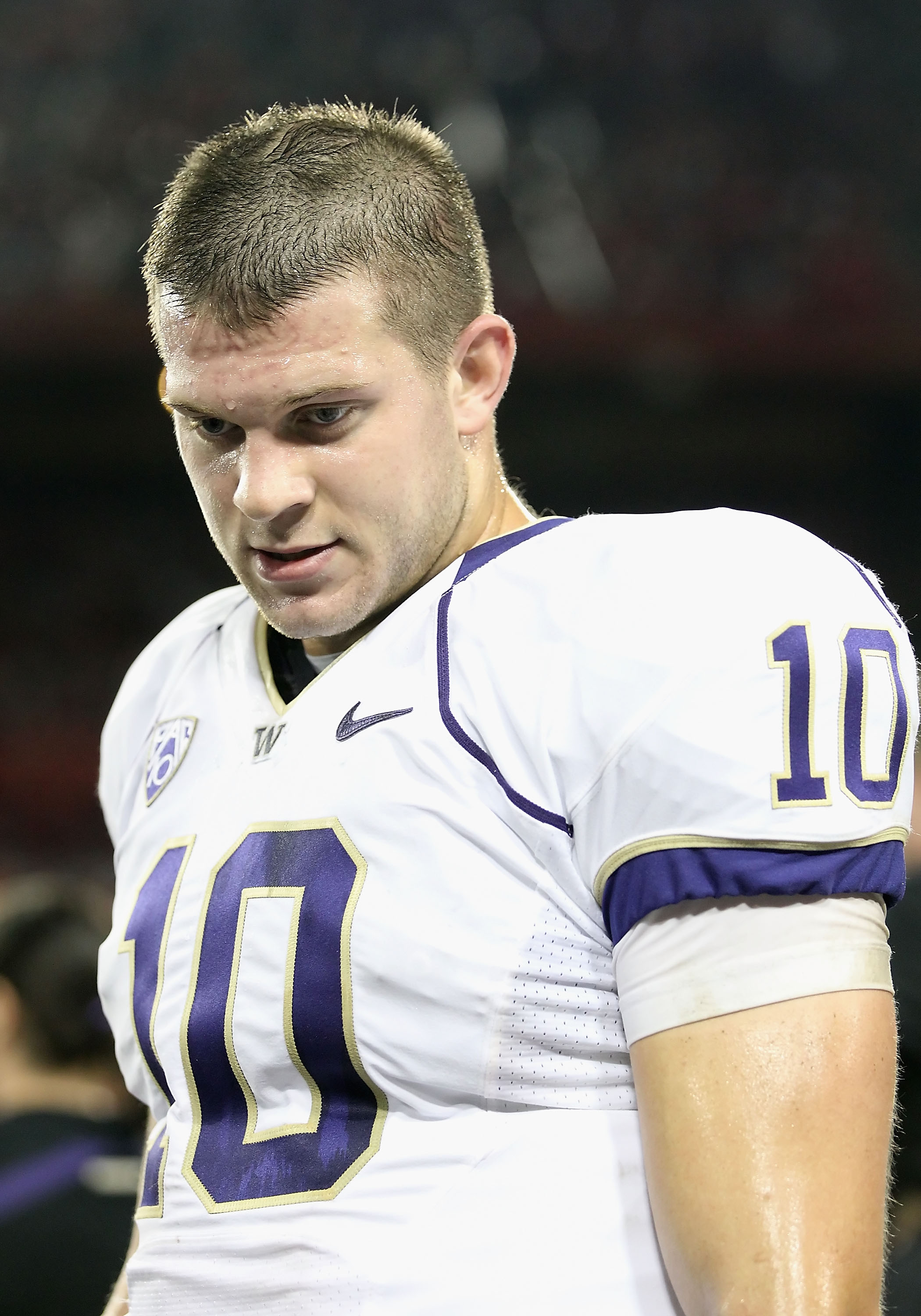 Washington needed to beat Cal to ensure a spot in the postseason.

It took four tries, but the Huskies punched it in from one-yard out to collect their fifth win on the season heading into this weekend's Apple Cup.

Thanks to two Pac-10 teams making the BCS, the Huskies could actually get an invite from the Holiday Bowl.

It really has been a strange year in College Football.

After a brutal senior season, Jake Locker has one more chance to show he can play and improve his draft stock.

Look for Locker to throw for over 300 yards and keep Washington within striking distance of Okie State.

Just don't look for the Huskies to pull off the upset.

No. 6: Ron Zook Saves His Job By Beating Baylor 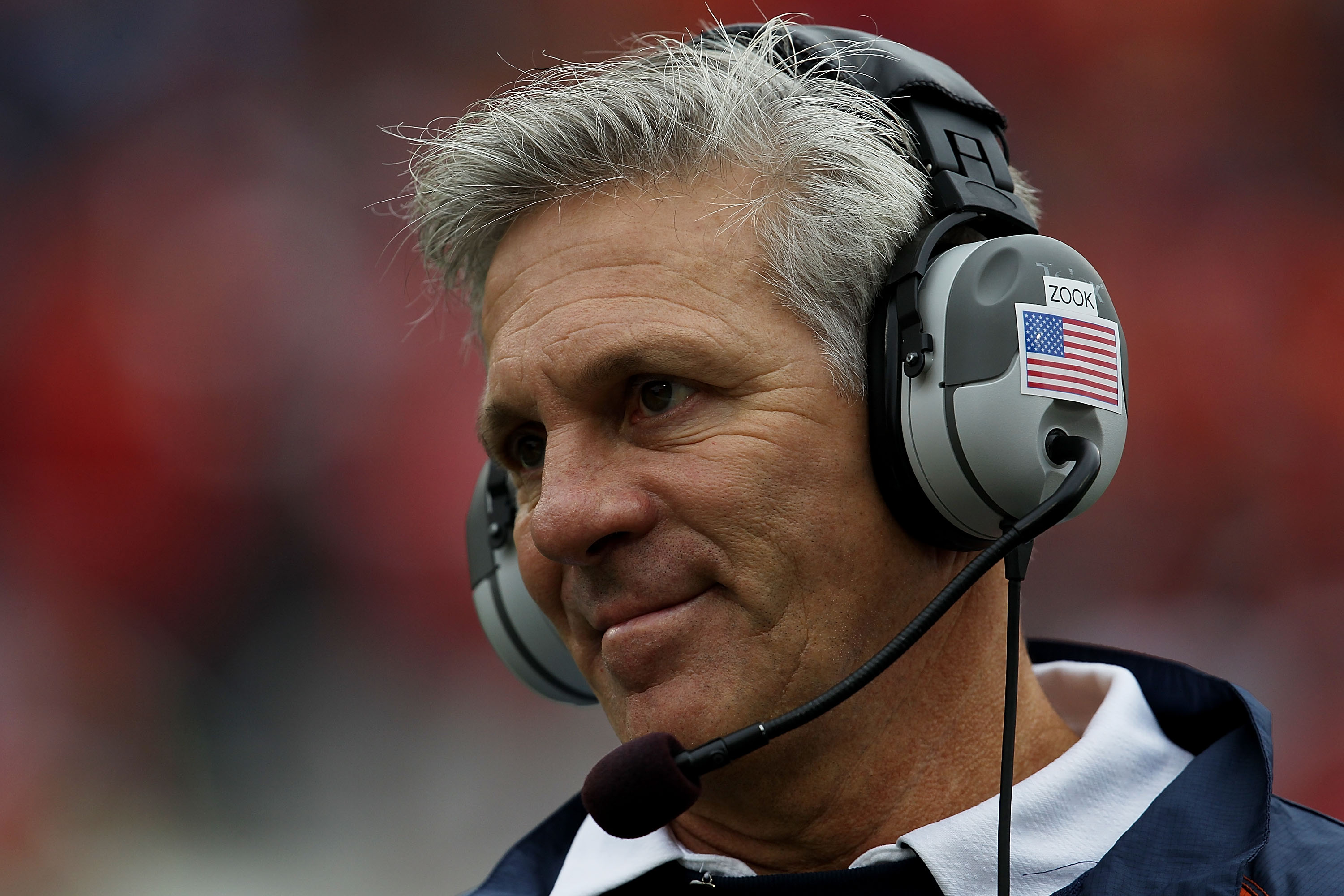 Ron Zook's Illinois team had some nice moments this season, but his job doesn't seem to be completely safe.

With a powerful offense at his disposal, the Zookster's team is a frightening bowl foe.

If the Illini secure a bid in the Houston Bowl as expected, they could face a Baylor team that is also capable of scoring tons of points.

Mikel LeShoure would have a field day against the Bears' struggling defense, giving Illinois an eight-win season.

With promising redshirt freshman Nathan Scheelhaase returning, there is no way the administration would make a change in Champaign. 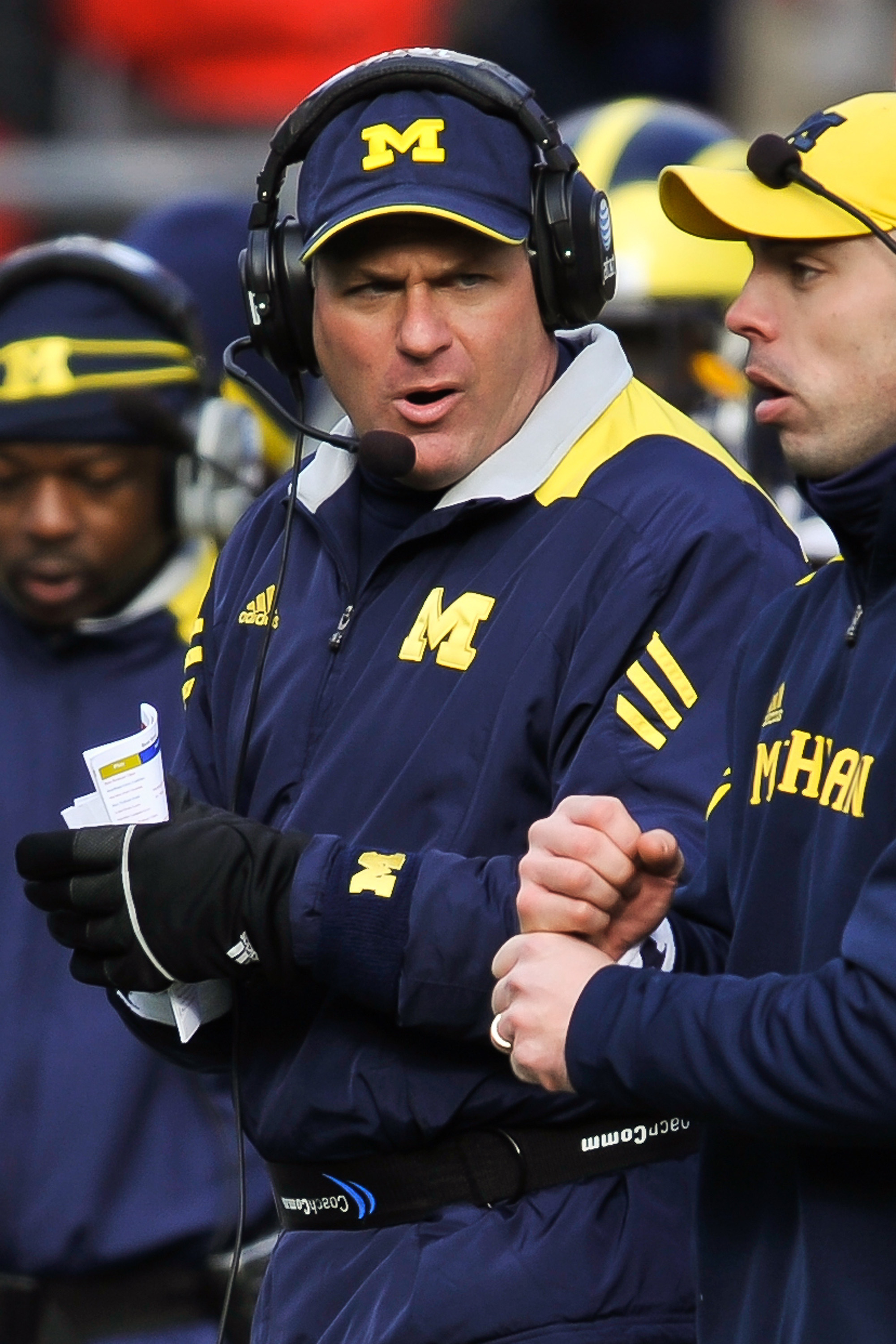 Among the more uneven match-ups this bowl season, Michigan could end up facing a powerful Missouri team in the Insight Bowl.

In the interests of getting a win, maybe the Wolverines should decline the invite and lobby to play in the Motor City Bowl.

Missouri's defense has good speed and figures to at least contain Denard Robinson.

On the other side of the ball, there is no way Michigan could stop Missouri's offense.

A blowout loss would likely be enough to end Rodriguez's stay in the Big Ten.

No. 4: Andrew Luck Torches Oklahoma in the Fiesta Bowl 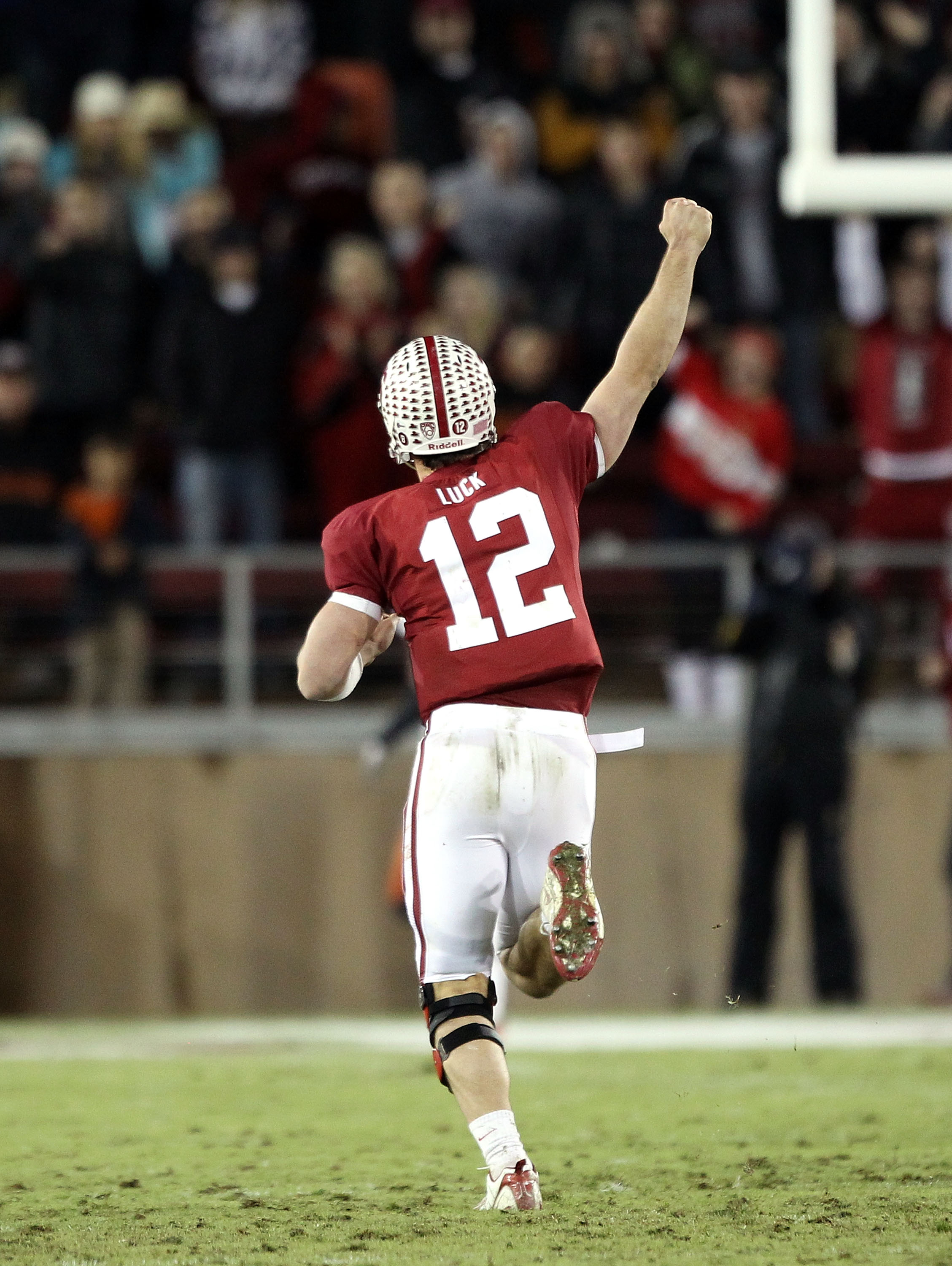 Andrew Luck doesn't get nearly the attention of Cam Newton, but if this was any other year, he would be the leading candidate for the Heisman Trophy.

Luck's dynamic Stanford team will almost certainly end up in the Fiesta Bowl, setting up a match-up against a Big 12 foe.

Look for Oklahoma to beat Nebraska and earn another trip to Arizona.

Arguably the best pro prospect in College Football, Luck should have has way against Oklahoma's secondary.

Look for Stanford to outlast Oklahoma in an exciting Fiesta Bowl.

No. 3: Boise State Decides to Stay Home for the Holidays 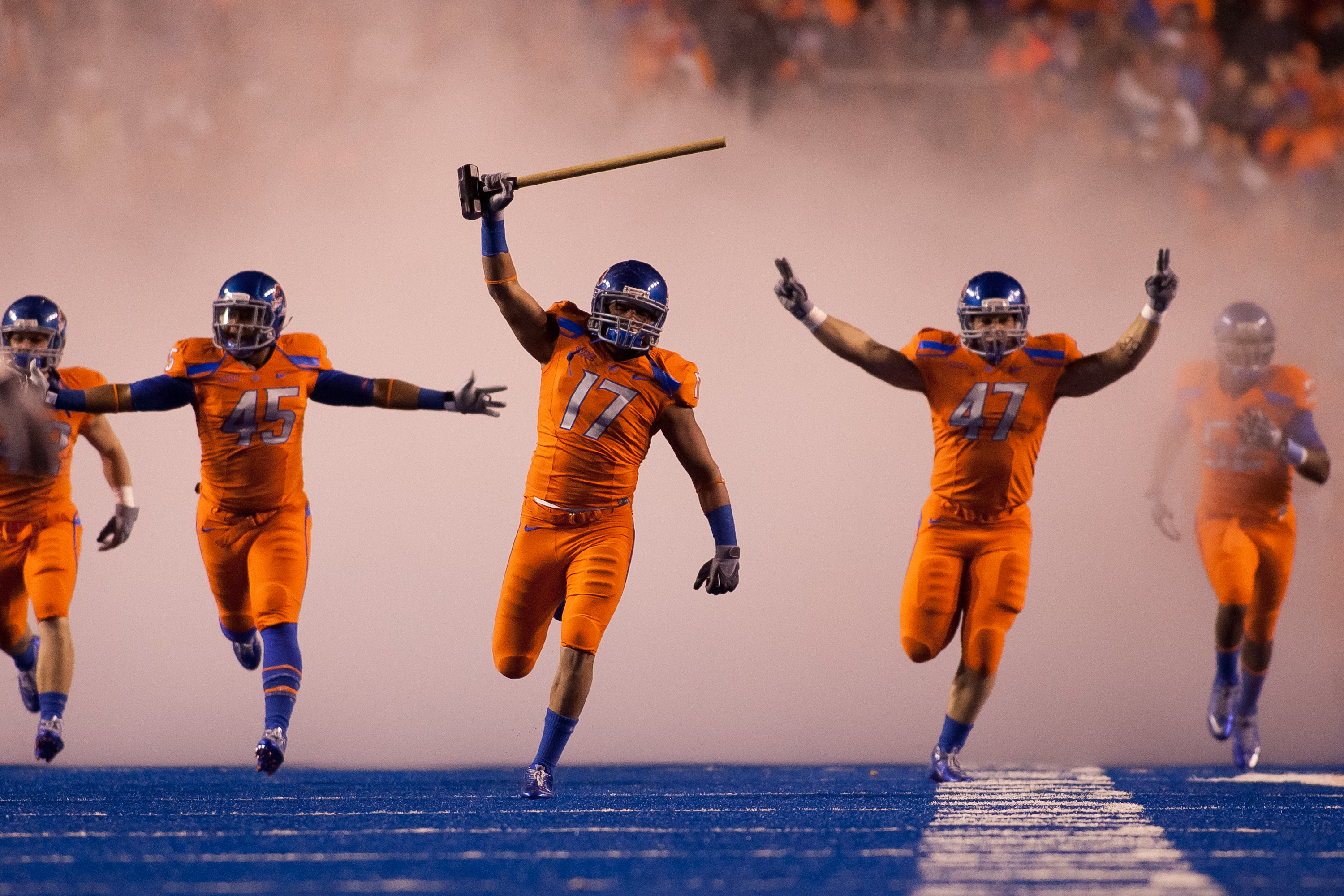 Barring a colossal slip up against Utah State, Boise State is likely to get an invitation to the legendary Fight Hunger Bowl.

Instead of spending early January in San Francisco, the Broncos might as well save on travel expenses and play their bowl game on the blue turf.

If the Humanitarian Bowl extends an invite, Chris Petersen might have a difficult time saying no.

Get ready for a MAC opponent to serve as the sacrificial lamb in mid-December.

No. 2: Oregon Will Win Big in the National Championship Game 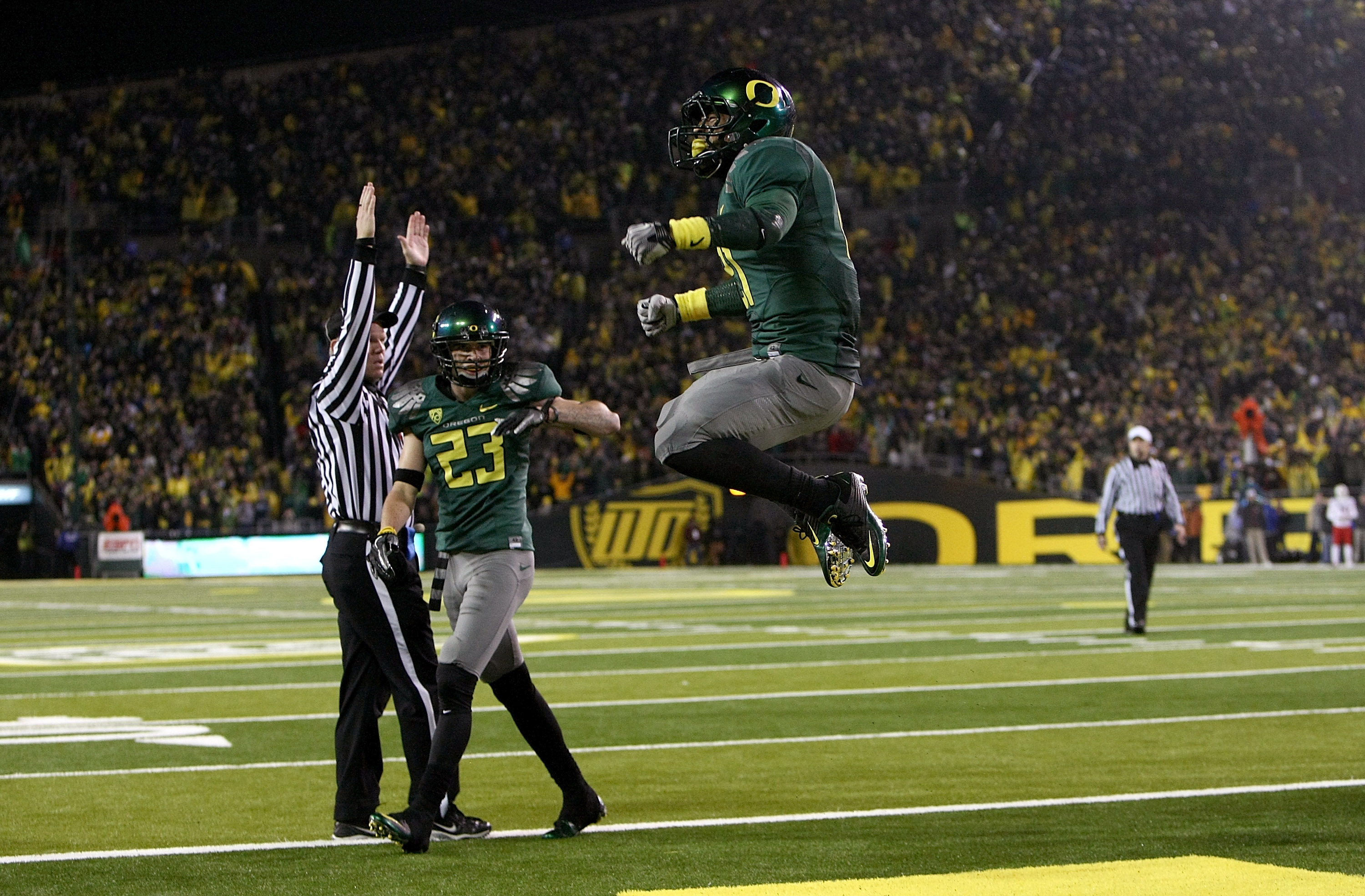 Regardless of who they will face, Oregon has the personnel to run circles around the competition in the National Title game.

For the sake of argument, let's assume Auburn manages to beat South Carolina and punch their ticket to Glendale.

Get ready for another shootout to wrap up the bowl season.

Sure, the SEC is much, much stronger than the Pac-10.

But Auburn hasn't faced any team with the tempo or talent remotely similar to Oregon.

With a defense that has struggled all season, there is no reason to expect the Tigers to suddenly figure things out.

For the first time all year, a high-scoring game wouldn't favor Cam Newton and Auburn.

No. 1: Joe Paterno Coaches His Final Game As Penn State Loses to Florida 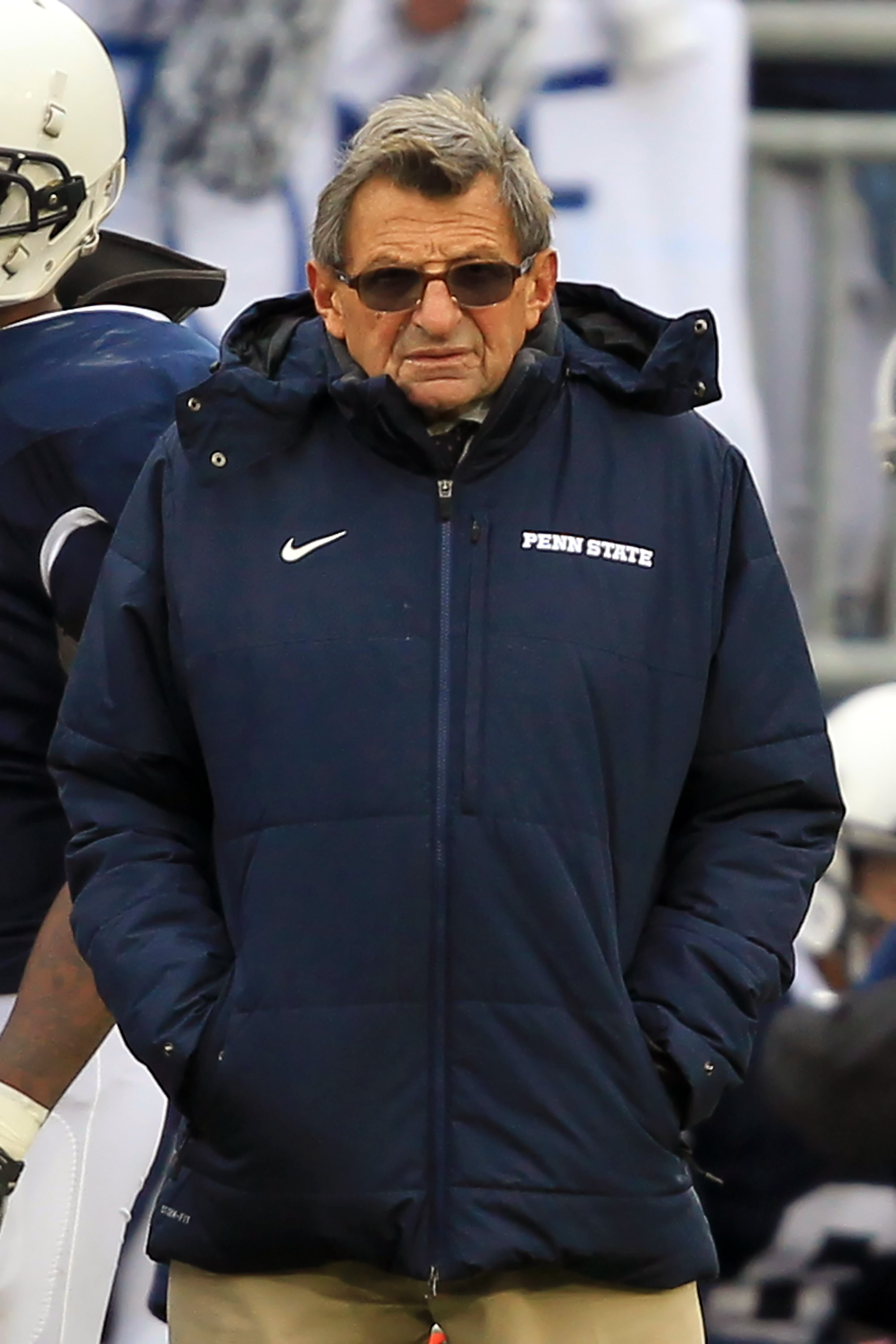 Joe Paterno has said he hasn't thought about retirement, and he might be telling the truth.

Despite a rocky season, his Penn State is a big enough draw to possibly get consideration for the Gator Bowl.

That could set up a match-up against the Florida Gators.

Paterno's future probably has almost nothing to do with what happens with in game itself, but there have been increasing signs that he is doing less to oversee the program than ever.

The Lions are a young team probably one more year away from contending in the Big Ten, and it seems like the perfect time for Joe Pa to walk away.