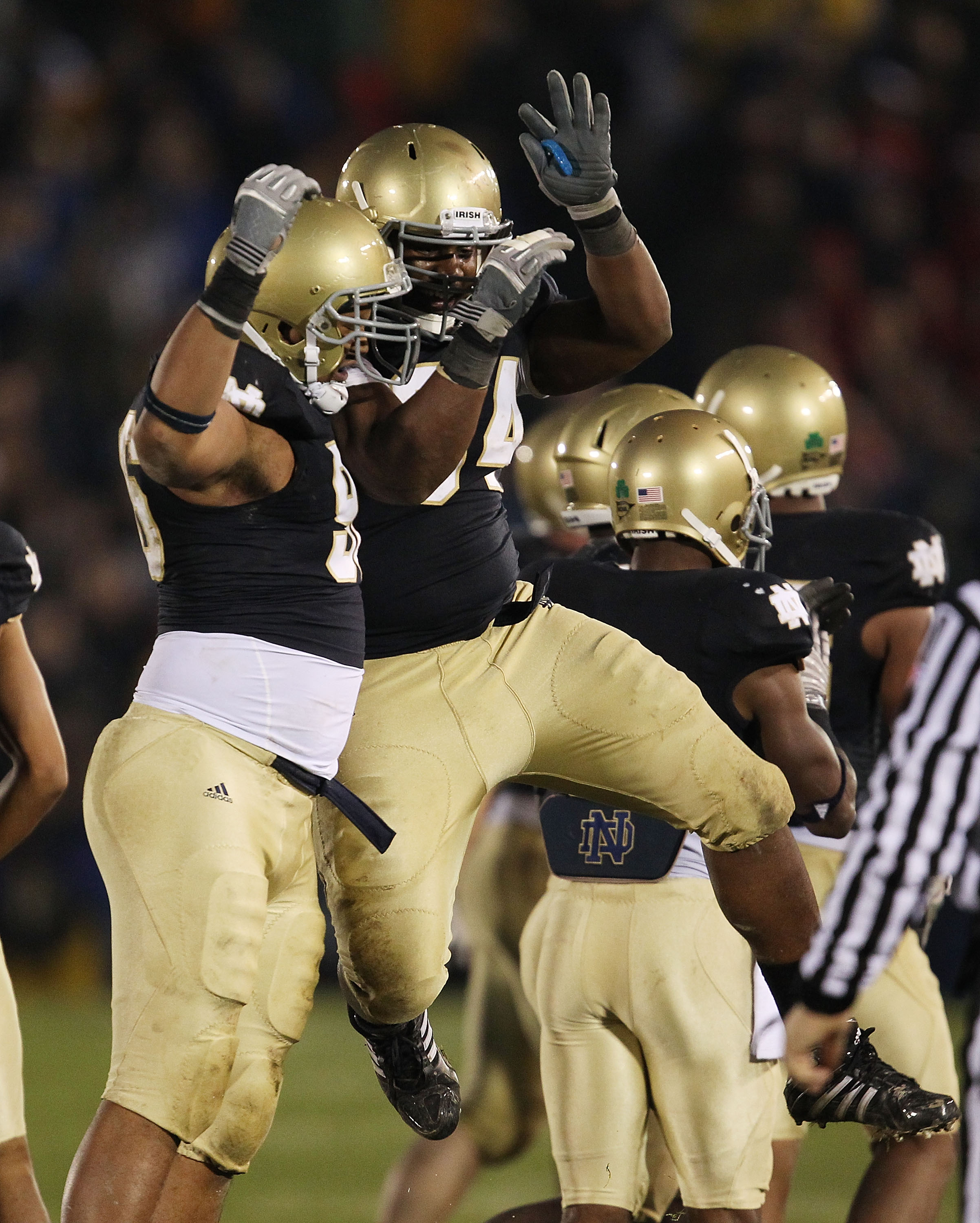 Since the Irish upset Utah last weekend they’ve been unexpectedly thrust back into the bowl picture.

Executives for lower end bowls like the Maaco and Kraft Fight Hunger Bowl are licking their chops and lighting every candle they can find at The Grotto in hopes that Notre Dame will become bowl eligible and drop into their lap. It’s a relative rating bonanza and a guarantee of boatloads of tickets on both sides being sold.

The Irish have only one true bowl tie-in outside of the BCS (Champs Sports Bowl), which means they’re at the mercy of bowls where conferences don’t have enough eligible teams to fill their postseason slots. This leads to a lot of convoluted scenarios and potential matchups.

Today we’re going to wade through that quagmire and look the five most interesting potential bowl matchups. Let’s break down the potential landing spots, how intriguing they could be, and how realistic the scenarios are. 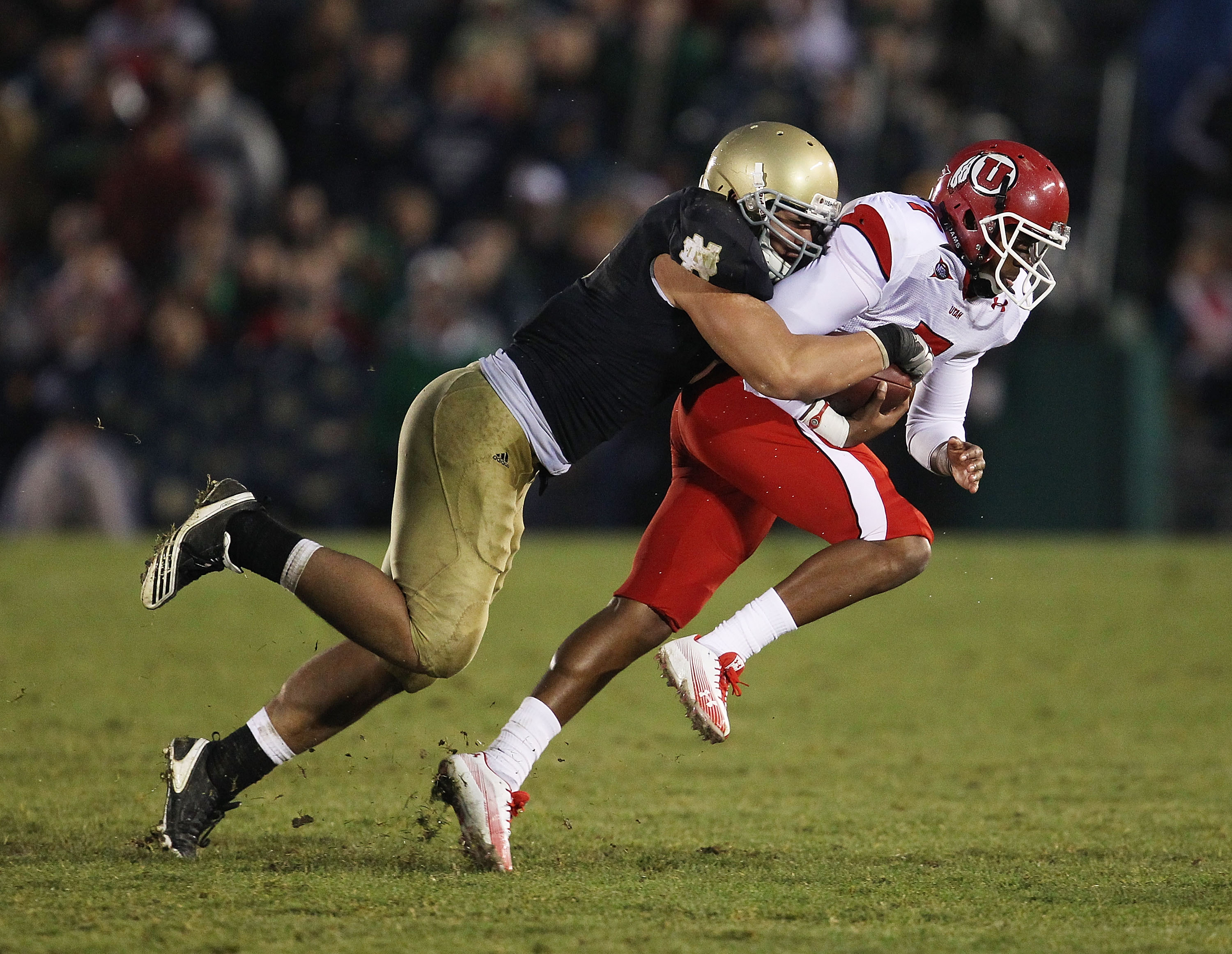 What Makes This Scenario Happen: Irish beat Army and lose to Southern Cal…TCU lands in the BCS which leaves the Utes to fill in the Mountain West No. 1 slot in Vegas.

Intrigue-O-Meter: -10…I’ve seen this movie and it was great. I don’t want to see it again.

Realistic Meter: 6…Unfortunately ND’s bowl options are limited and they would take a rematch if there are no other alternatives just so they can get the extra practices.

The Skinny: Rematches in college football are terrible things. The Irish upset Utah and would have absolutely nothing to gain by taking them on again. Hopefully now that there’s a competent athletic director in South Bend the program will learn from the mistake Mike Wadsworth made in playing LSU a second time in the ’97 Independence Bowl. 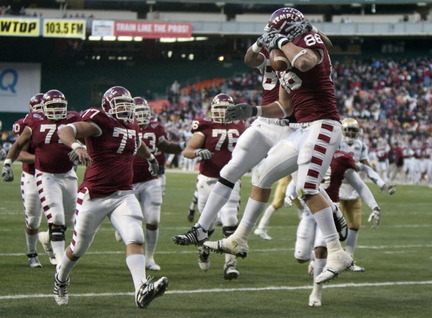 What Makes This Scenario Happen: Notre Dame beats Army, Temple wins the MAC, Utah gets selected for the Maaco Bowl.

Intrigue-O-Meter: 2…Temple would be a pretty good basketball matchup; not so much on the gridiron.

Realistic Meter: 7…Temple has a great shot to win the MAC, this would be a better spot for ND to land than a potential Utah rematch in the Maaco Bowl.

The Skinny: This doesn’t do much in terms of generating excitement within the Irish fan base or the opponent’s (because that would infer there is a Temple Football or Northern Illinois Fan Base). The game is played in Detroit the day after Christmas, which means ND may not get all 15 practices in. This is just about as boring as it gets. 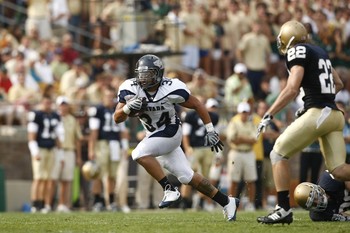 What Makes This Scenario Happen: Irish beat Army…Nevada loses to Boise State and Boise lands somewhere in the BCS.

Intrigue-O-Meter: 5…Nevada has a high-flying offense, but we just played them last year.

Realistic Meter: 8…This looks pretty likely—if everyone just holds court and no major upsets happen (like Boise St or TCU losing or Notre Dame beating Southern Cal) this is probably whether the Irish land.

The Skinny: It isn’t a particularly sexy matchup (especially since we just saw it last year), but the Wolf Pack offense is fun to watch and it could make for an entertaining shootout. This is also a very late game (January 9th) which means the Irish could use all 15 practices, which honestly may be priority number one. 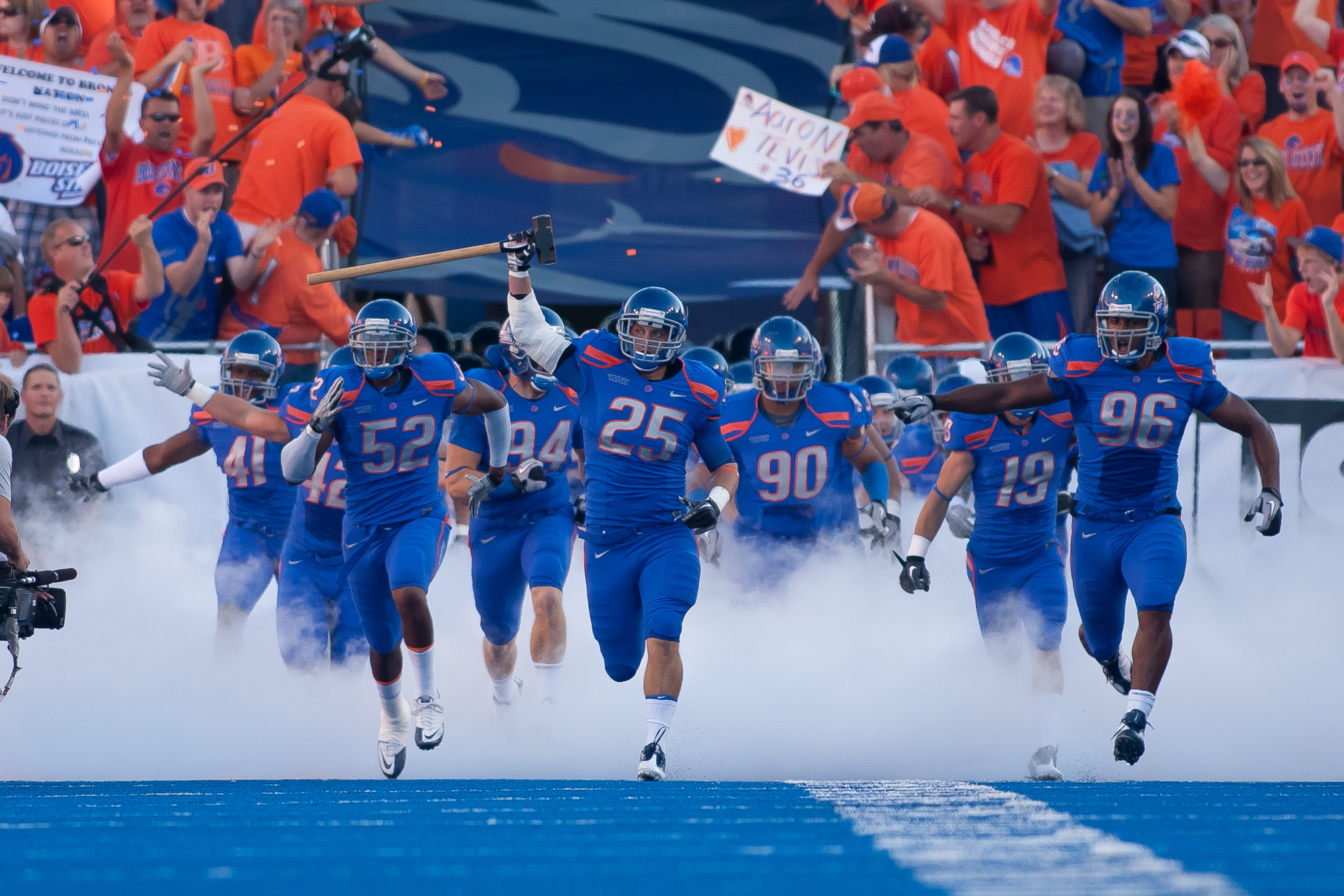 What Makes This Scenario Happen: Irish beat Army and lose to Southern Cal…Boise State or TCU gets upset or the BCS flat-out screws one or the other, leaving them out in the cold.

Realistic Meter: 1…Scenarios where the Horned Frogs and Broncos get left out of the Championship game are pretty realistic, but it’s tough—though not impossible—to imagine the worst-case scenario where they both finish Top 5 in the BCS but don’t get a seat at the Big Boy Table.

The Skinny: The New School David vs The Old School Goliath—except if David had a gun instead of a rock. Notre Dame would have an incredibly tough matchup against one of the best-coached teams in the country, but this is another showdown that would have fans, media, and bowl/television executives alike foaming at the mouth. 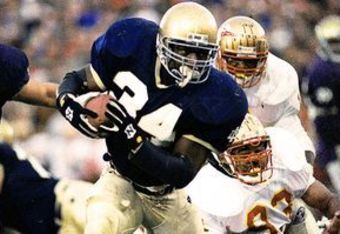 Intrigue-O-Meter: 10…Catholics vs Criminoles: The Remix? Irish vs Clemson? A rematch with NC State from the Willingham Gator Bowl? I'll take them all.

Realistic Meter: 3…There’s no chance this happens unless Notre Dame upsets the Trojans in LA—which is a stretch.

The Skinny: None of the potential teams are on future Notre Dame schedules except Miami and all would be very interesting matchups. Now the Champs Sports Bowl would probably get some heat for choosing a 7-5 Notre Dame over a Big East squad with more wins, but these games would be guaranteed sellouts and the Irish would provide a 1000x more interesting opponent than whoever the Big East would deliver (Syracuse? Child Please…).

Sign me up for an Irish New Years in Disney World baby!