Today a tragedy in the sports world happened.  One of the greatest men in sports history, and possibly one of the greatest human beings to have ever lived, has succumbed to his battle with lung cancer.  That man was Joe Paterno.

Everyone dies eventually, but no one at Penn State wanted this great man to die when they were there.  No one ever wanted him to die.  I didn't want him to die, not while I was here at Penn State, a freshman.  Today I cried all day, cried not only because he died and that I loved him, but also at all the hatred and gross comments towards him, and that's why the record has to be set straight.

Joe Paterno, in his 66 years at Penn State, has done so many things for this community.  Not only is he the winning-est coach in college football history, the greatest college football coach of all time, have the most bowl appearances and bowl wins, but he has won in life as well.  He has won with the hearts of all who he has affected.

Even though his body may have died, his legend still lives on.  He lives on in the millions of dollars he's donated to the library and other projects at the school.  He lives on in the hearts of all the players, coaches, co-workers, and people who have openly stated over the years and especially in the past few months how Joe Paterno has taught them to be successful in life, to be a better person.  Many current and former Penn State players talk about how great Coach Paterno was, and how they wouldn't have been who they are now, successful in life either in the NFL or another profession, if it wasn't for this great man. 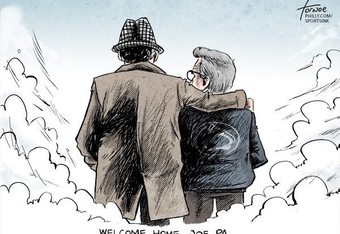 Welcome Home Joe Pa. You're home now Joe, in heaven, and in our hearts

Recently the scandal broke out with Jerry Sandusky, and Joe Paterno took a lot of heat.  But now, in his time of death, I feel it is only right to set the record straight.  I would like to start off with saying that I think ESPN are hypocrites.  They were bashing Joe Paterno all along for only reporting to his superiors, but yet, with the Syracuse scandal, they did the same thing, and didn't report to the police.  What makes ESPN's situation even worse, is that while Sandusky is on trial now, ESPN's failure to do anything resulted in an alleged pedophile getting away, as he is now out of the statute of limitations.

As far as the Penn State, no, the Jerry Sandusky scandal, there is some information that the media leaves out so Joe Paterno, this great legend, can be attacked.  First off, Mike McQueary allegedly witnessed the incident, he should have been the one to go to the police.  He may have been a graduate assistant, but he was 28, not some helpless 10-year-old.  Second, Joe Paterno did what he was legally supposed to do by reporting to his superiors.  Third, both the District Attorney and Attorney General knew, but refused to press charges.  Yet Joe Paterno seems to take more blame than the alleged pedophile Jerry Sandusky, the witness Mike McQueary, his superiors, and the DA and Attorney General who refused to press charges or do anything about the alleged incidents.

Joe Paterno was the only one who really did what he was legally supposed to do, and yet he got attacked by the hypocritical and heartless media.  The Board of Trustees then fired him in the most disgraceful way—over the phone.  The Board of Trustees wouldn't even send someone to his house to inform him, or let him finish his season after he said it would be his last season.  This was classless. 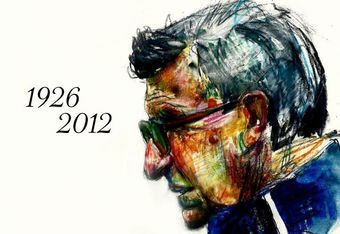 I love you Joe Pa

At the final home game against Nebraska, I was in the student section.  Although we lost, it was the most emotional game I have ever been to, with constant chants of "WE ARE! PENN STATE!" and the loudest I have heard Penn State's stadium consistently throughout an entire game.  As well, for a good 5 minutes at halftime, there were chants saying "WE WANT JOE PA!" and "JOE PATERNO!" The support for Joe Paterno by all fans, especially the students, was incredible and well deserved.

Now Joe Paterno is gone, and some say his legacy has been tarnished, or at least damaged.  I say it hasn't.  If you actually look at the facts, and see how Joe Paterno, if anything, is the least to blame in this scandal, along with everything he has done for this University and for many people in and out of the University, you will know that his legacy should not, and will not be tarnished.  While some people, who may be uninformed or blinded by hatred and lies, may attack Joe Paterno and his legacy, those who knew him, were affected by him, or knew the truth, know that his legacy is not even scratched.

I believe, and I know many others who agree with this, that Joe Paterno was killed by evil media criticism.  He was killed by the Board of Trustees firing him.  He died because he no longer had a will to live.  His entire life, his existence, his person was Penn State University and Penn State football.  He did so much for the students, the players, the fans, and the University, that when he was fired without a good truthful reason, and when he took all this criticism that was wrong and uncalled for, he slowly worsened.  His condition finally gave way today.  Cancer, combined with unnecessary hatred with no truthful backing, killed this great man, this legend. 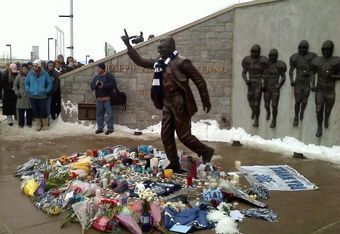 Student support at Joe Pa's Statue. We all love you. Thank you for everything.

My grandfather knew Joe Paterno, he has a picture with him that he gave to me at my high school graduation.  My dad met him and shook his hand a couple times.  Unfortunately, I never got to touch or talk or meet this legendary man.  I only wish I did.

Joe Paterno stated that he should have done more, and that he felt terrible, and he wished he knew how he could have handled it better.  In reality, Joe Paterno was human, even though because of all he has done, because of his legend and legacy, people thought of him more like a God, or some type of human who could do no wrong, make no mistakes.  Should he have done more?  Maybe.  Did he feel guilty and terrible?  Yes.  But he is human, and he feels he made a mistake, even though he did what he was legally supposed to do.  As well, hindsight is 20/20.  Joe Paterno, a human, didn't know how to handle this, but he did the best he could.

With all this in mind, we should set the record straight on Joe Paterno.  We should remember him for the man and the legend that he was.  His legacy should be who he was as a humanitarian, a husband, a father and a coach.  His legacy should be all that he has done for this University to make it better, all the people he has affected and made into better people, all the lives he touched, all the people who looked up to him.  Joe Paterno was my role model, and many others.  He should be remembered as a great man, one of the greatest to walk this Earth, and of course, a college football legend.

I love you Joe Paterno, we all love you Joe Pa.  You have been, are, and always will be the face of Penn State.  You have made this University great, and although your body is dead, you will always live on in our hearts and our minds.  We will always love you.  We know you're looking down at us now Joe.  Your legend and legacy lives down here on Earth, your soul a little bit in everyone who you affected.  Thank you Joe, for everything that you have done.  We all truly thank you and love you. And you, you Joe Paterno, I know, everyone knows, that you're in heaven.  Live well, for eternity, in heaven Joe Pa. 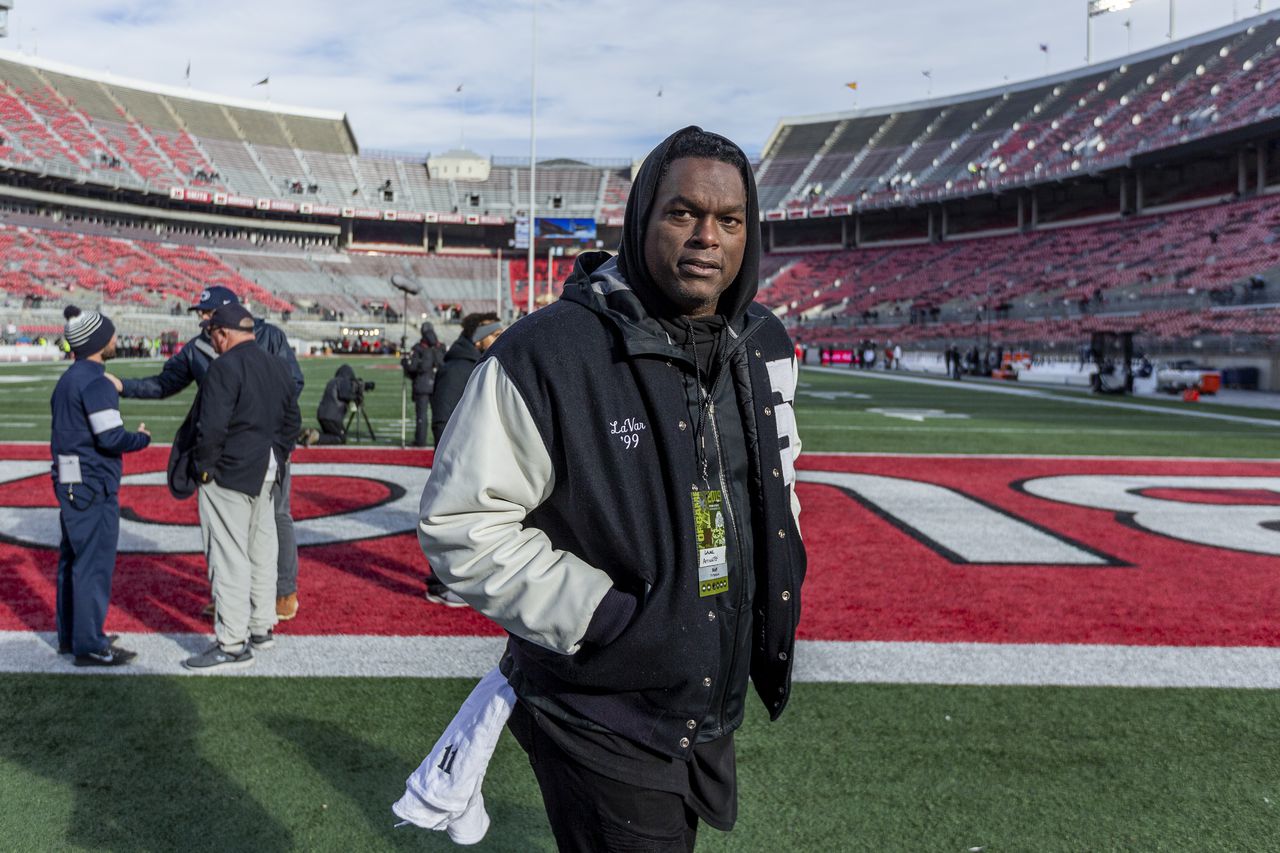