Oakland Raiders: 10 Observations For Halloween at the Oakland Coliseum 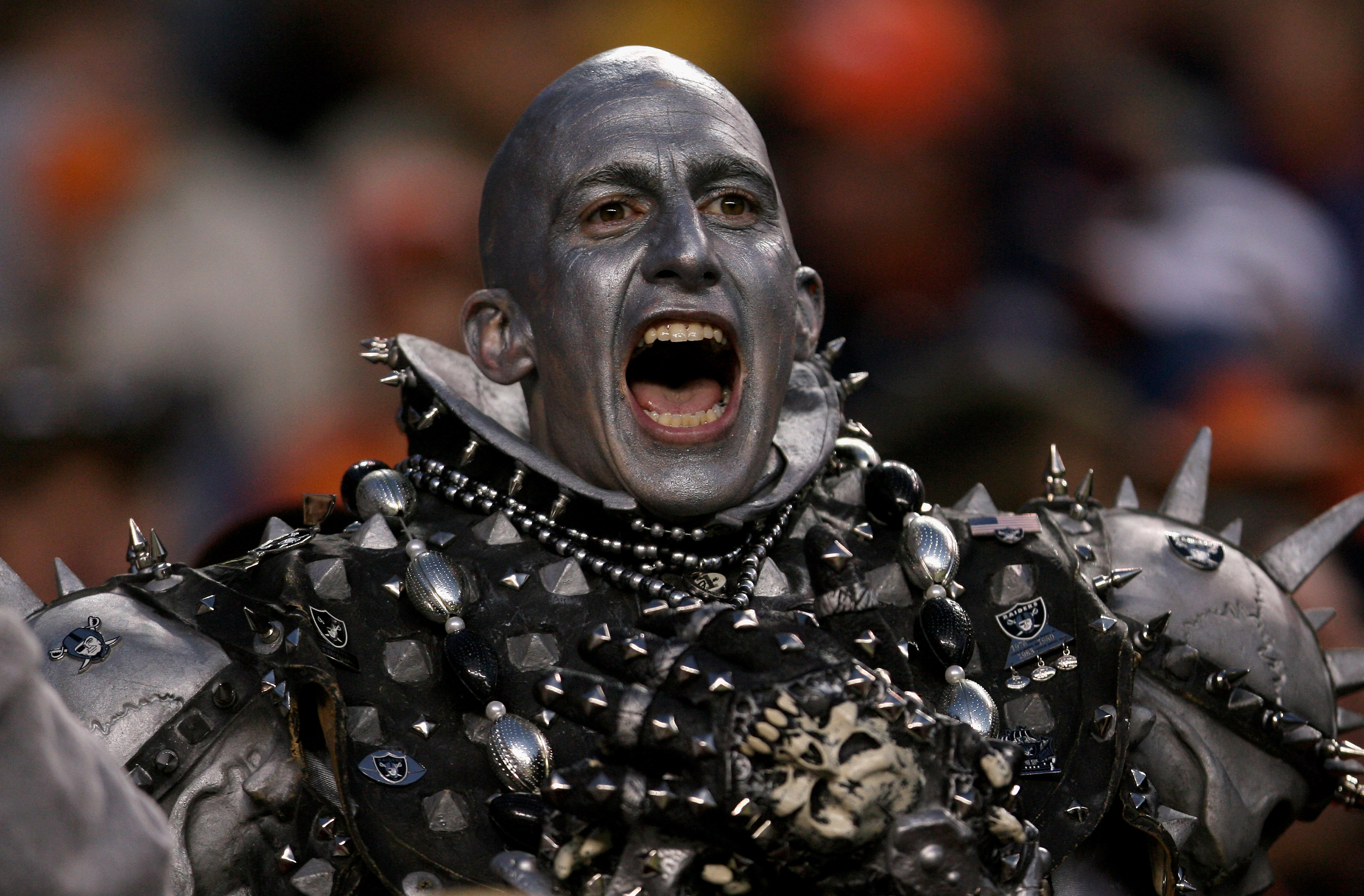 Where would the AFC West be without the rivalry between the San Diego Chargers and Oakland Raiders? I'll go one step further and say, what would Halloween be without Raider fan bringing Halloween to the stadium every home game?

The two teams will be going at it on Sunday up in Oakland, and I just can't help but wonder if there will be more fights in the stands than on the field itself. Do we need MMA officials around just in case one breaks out, so that way we can keep score in the stands as well?

We know that neither of these teams like each other. Though I think the only reason the Raiders, or their fans, are angry could be because they haven't factored into the AFC West decision in almost eight years.

Instead of doing observations on the game, talking about players, and predictions, who does what, and how many yards this guy is going to have, I figured I'd have a little fun with this one.

Here are 10 observations for what has come to be known as "Halloween" every Sunday at Oakland Coliseum. 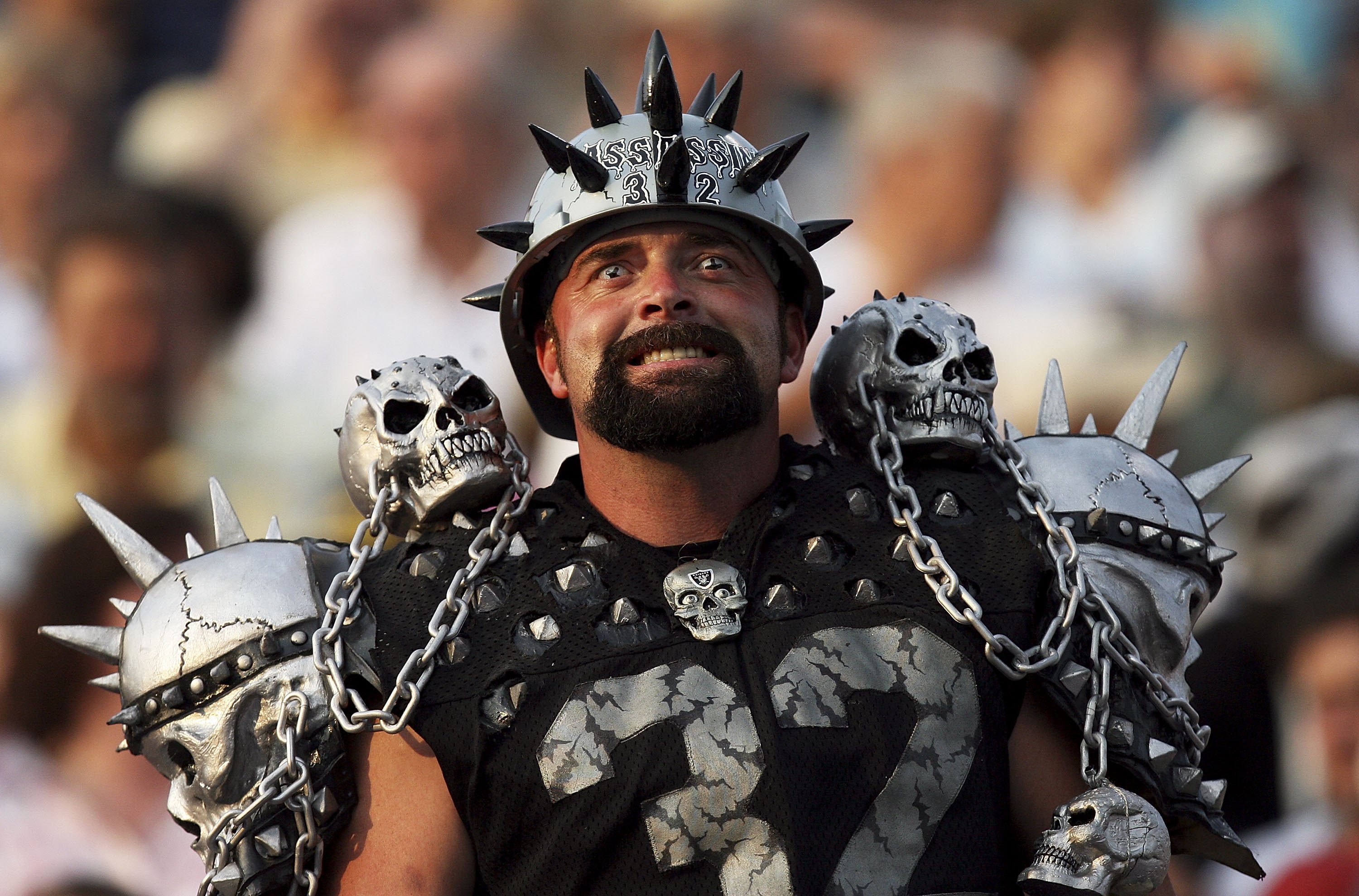 The Chargers aren't normally the fastest team off the blocks, and the Raiders are averaging just 5.75 points in the first quarter.

That will give fans and broadcasters alike a chance to look around and pick the "best costume of the day" award. 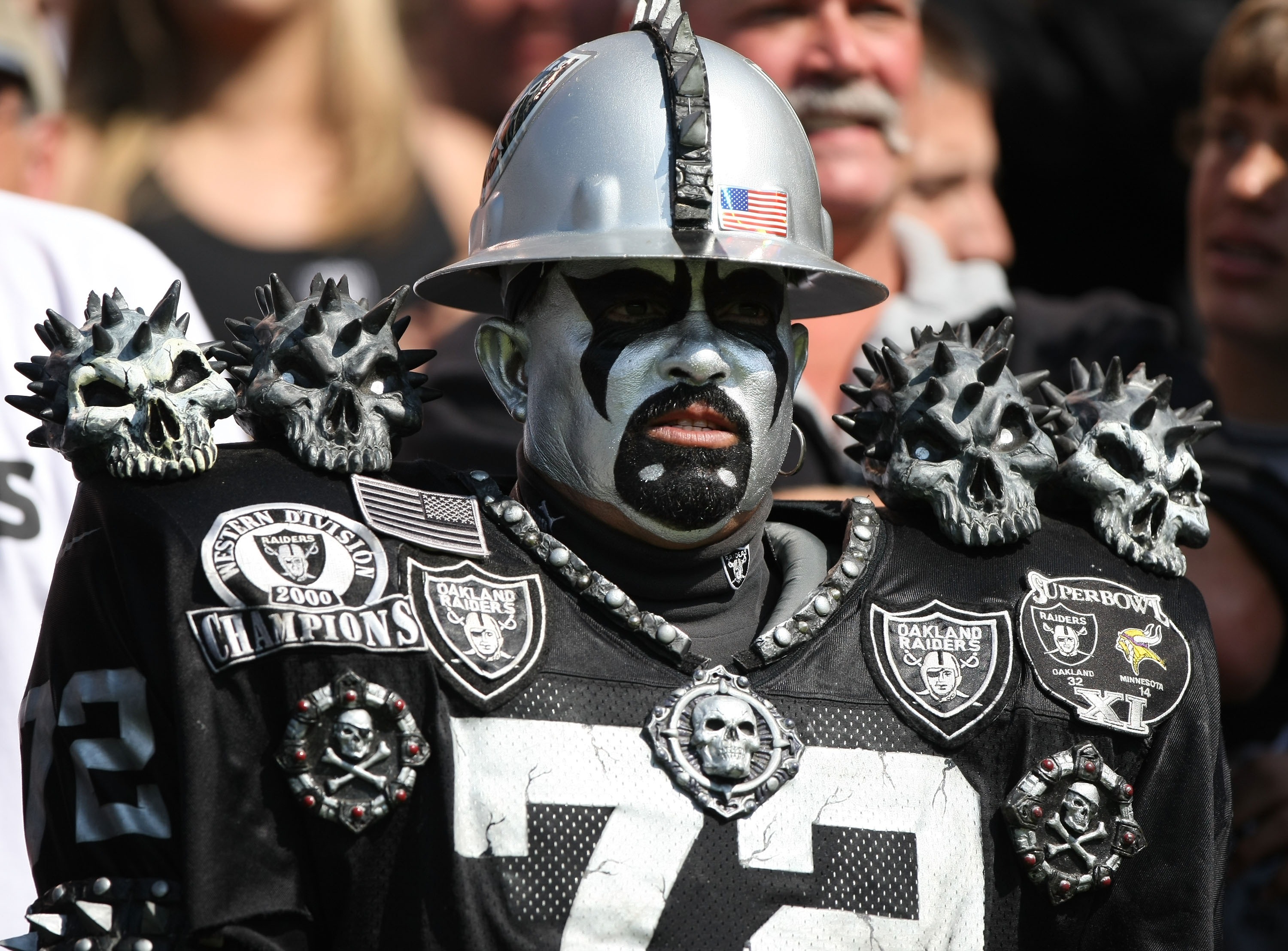 I'm not sure if I really need to write anything on this. The costume, yes I said costume, tells the entire story.

A picture is worth 1,000 words right? This one might only need one.

No. 8: Over/Under on Fights in the Stands 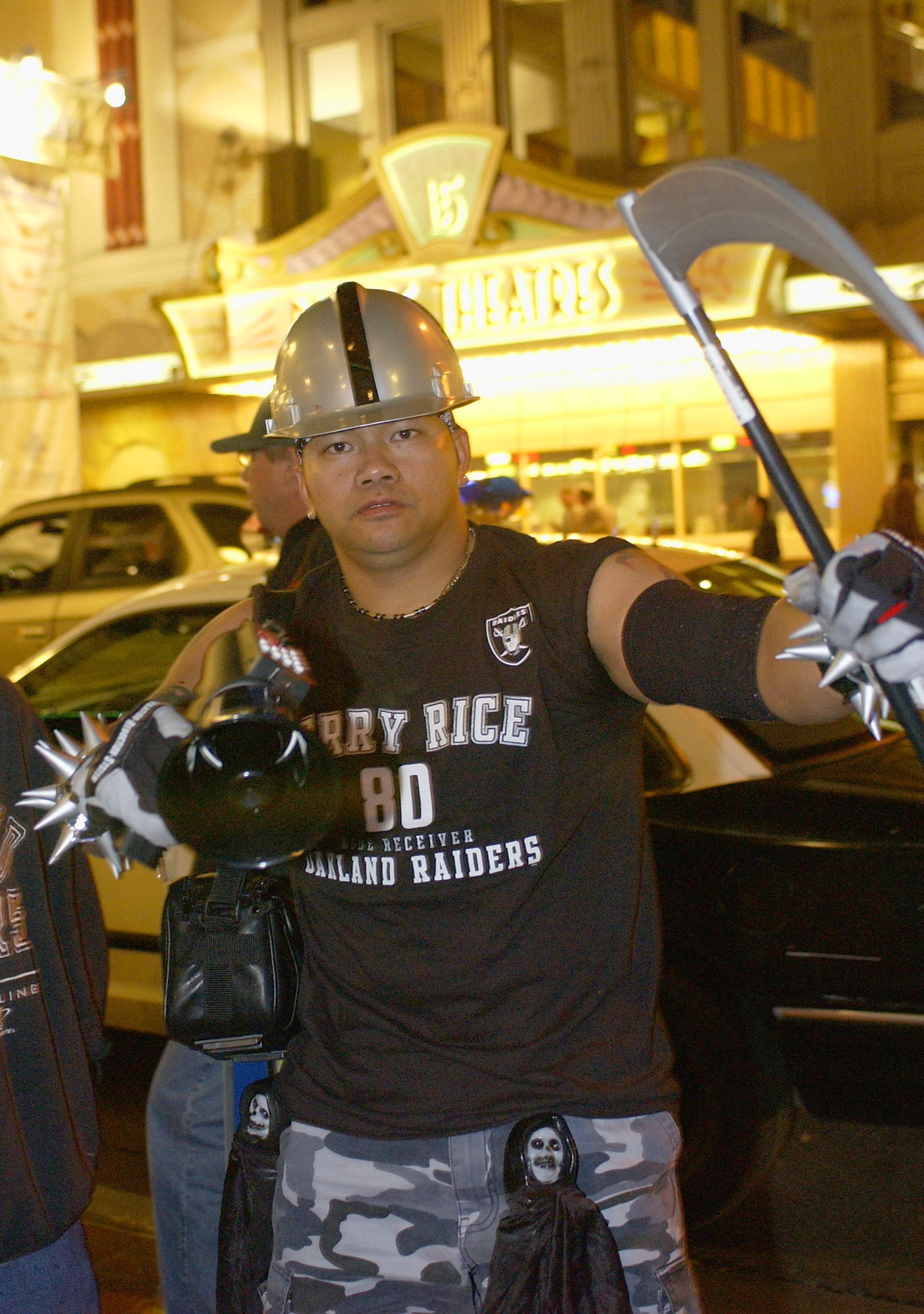 When these two teams meet, so do their fans and not in a good way.

The Charger and Raiders fans are, shall we say, spirited? When those "spirits" converge on one place, you're almost guaranteed a good fight or two.

So we'll set the over/under on fights in the stands at six.

No. 7: The Weird Just Gets Weirder 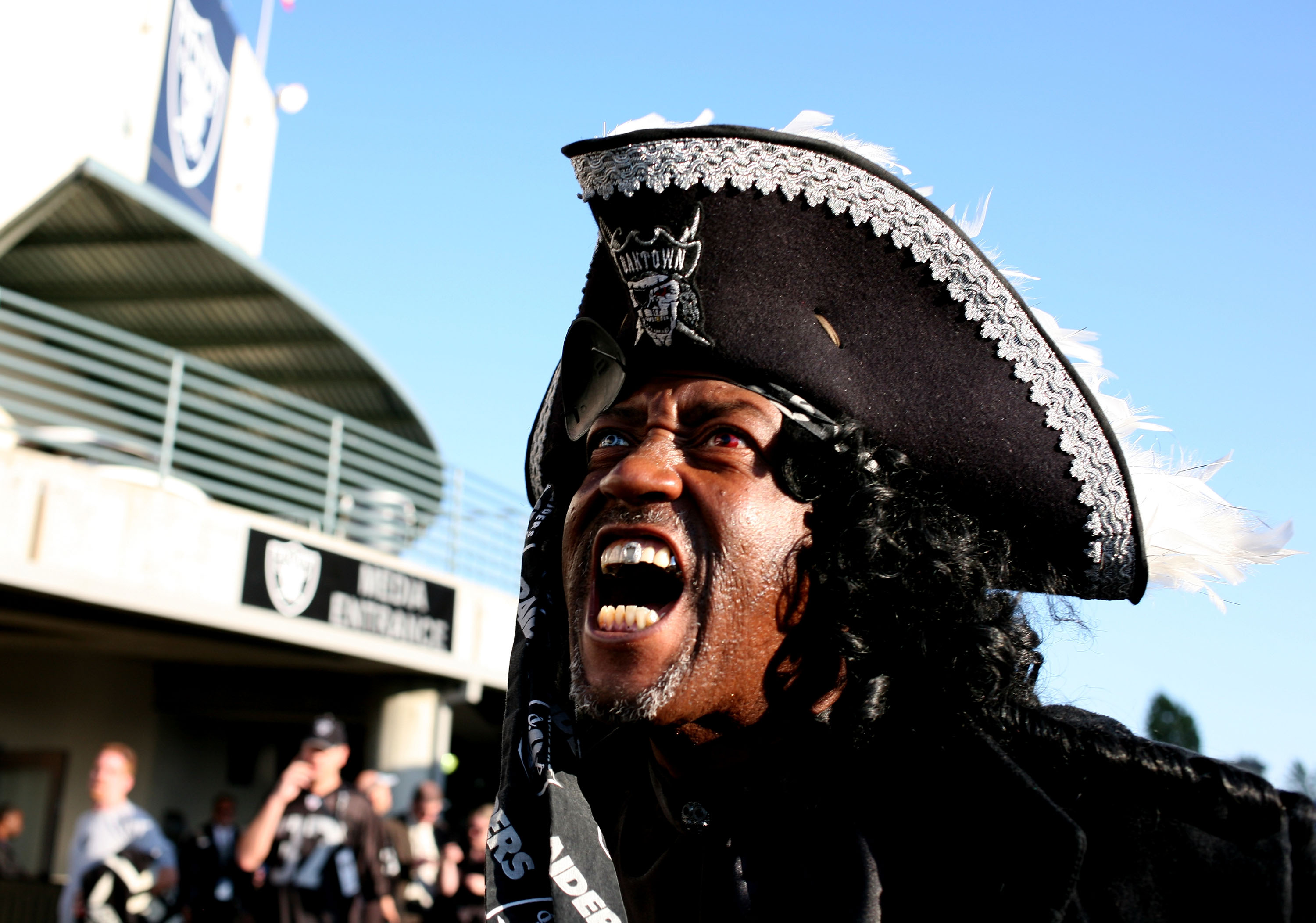 Couldn't help myself; he just brings up thoughts of Pirates of the Caribbean. 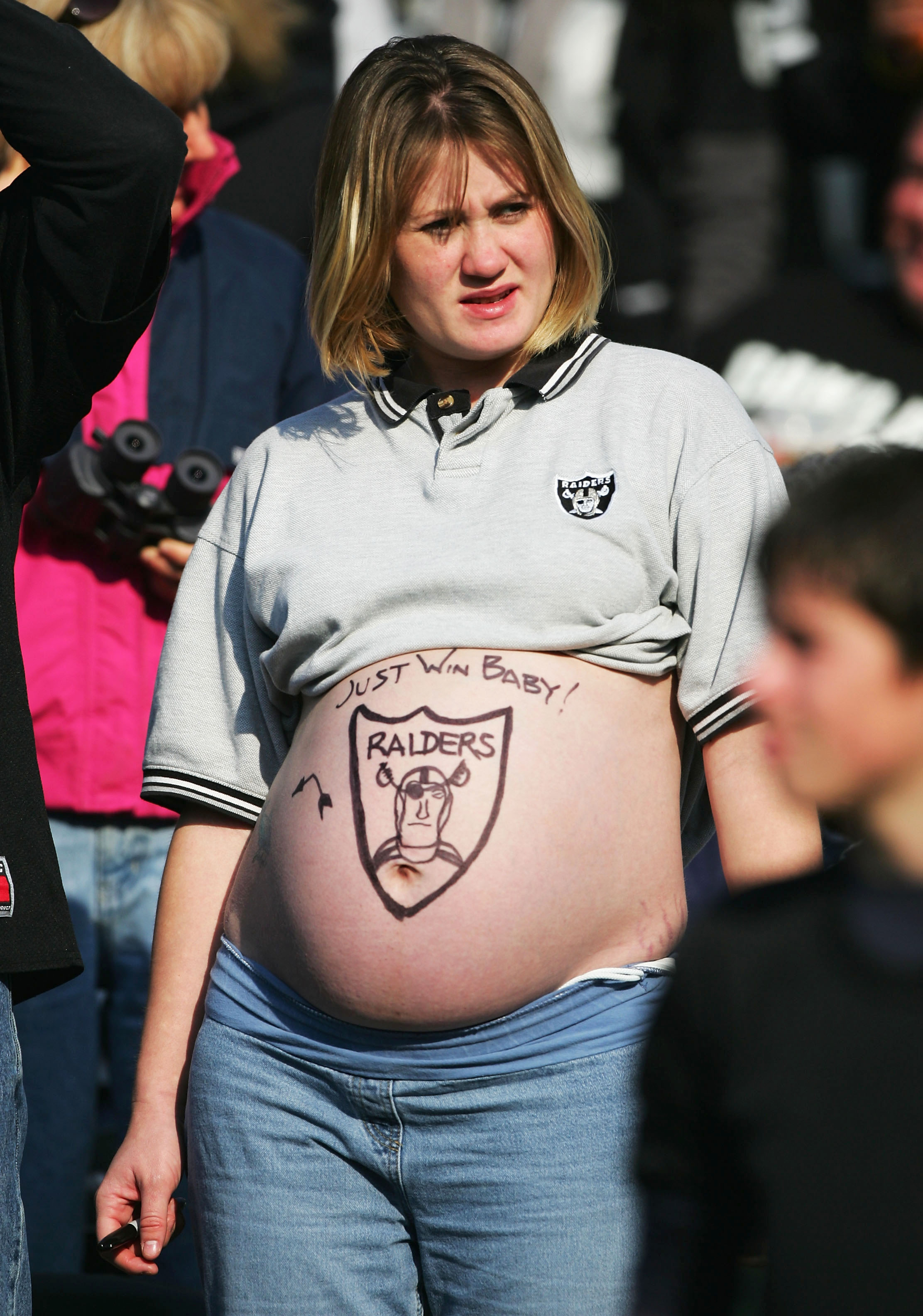 Wow...no words come to mind on this one.

No. 5: No Weapons Are Allowed In the Stadium 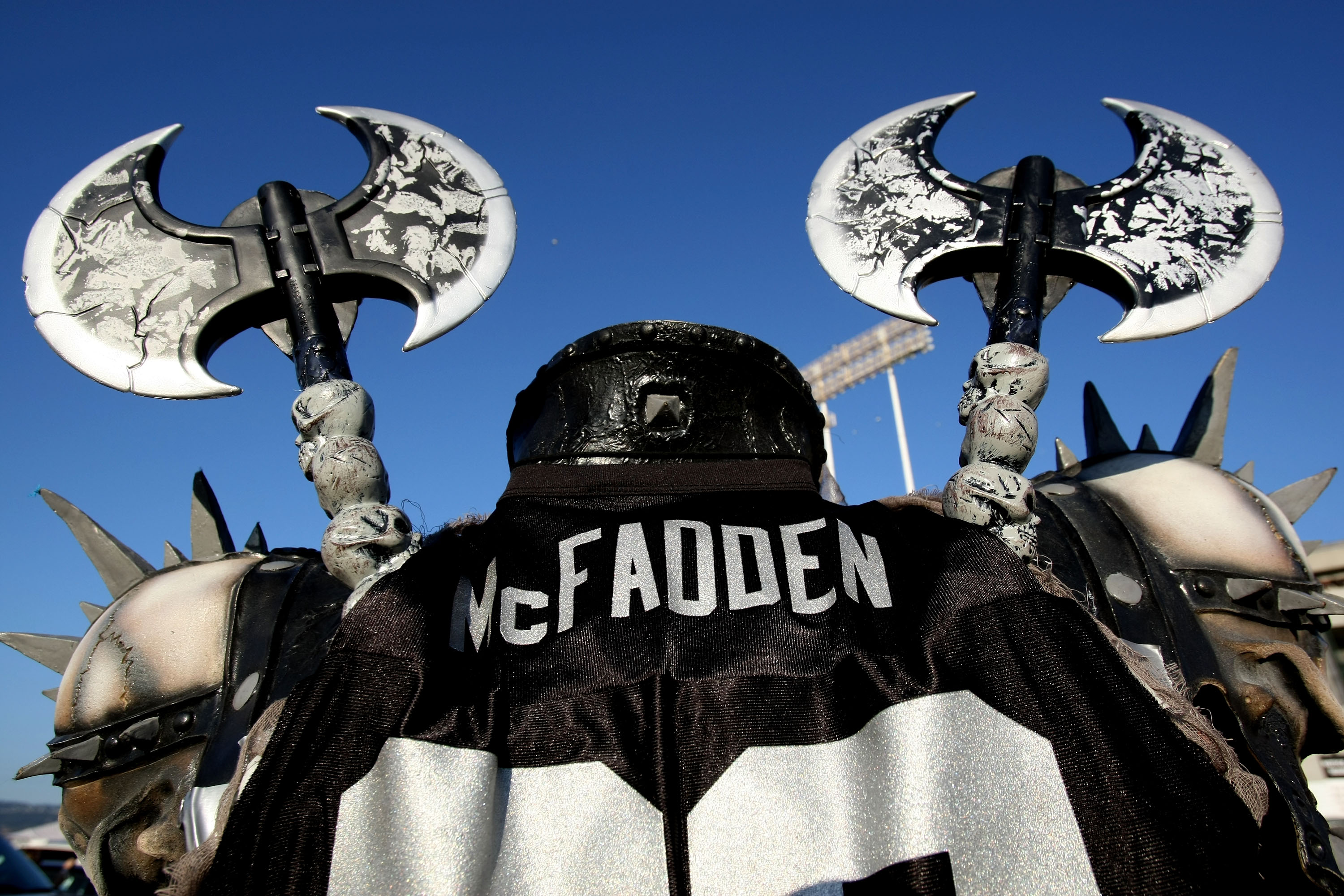 Security guard to fan: Sir, there are no weapons allowed in the stadium.

Fan to security guard: This is part of my costume

Security guard to fan: Oh, well then by all means, enjoy the game.

No. 4: Tales of the Crypt Keeper 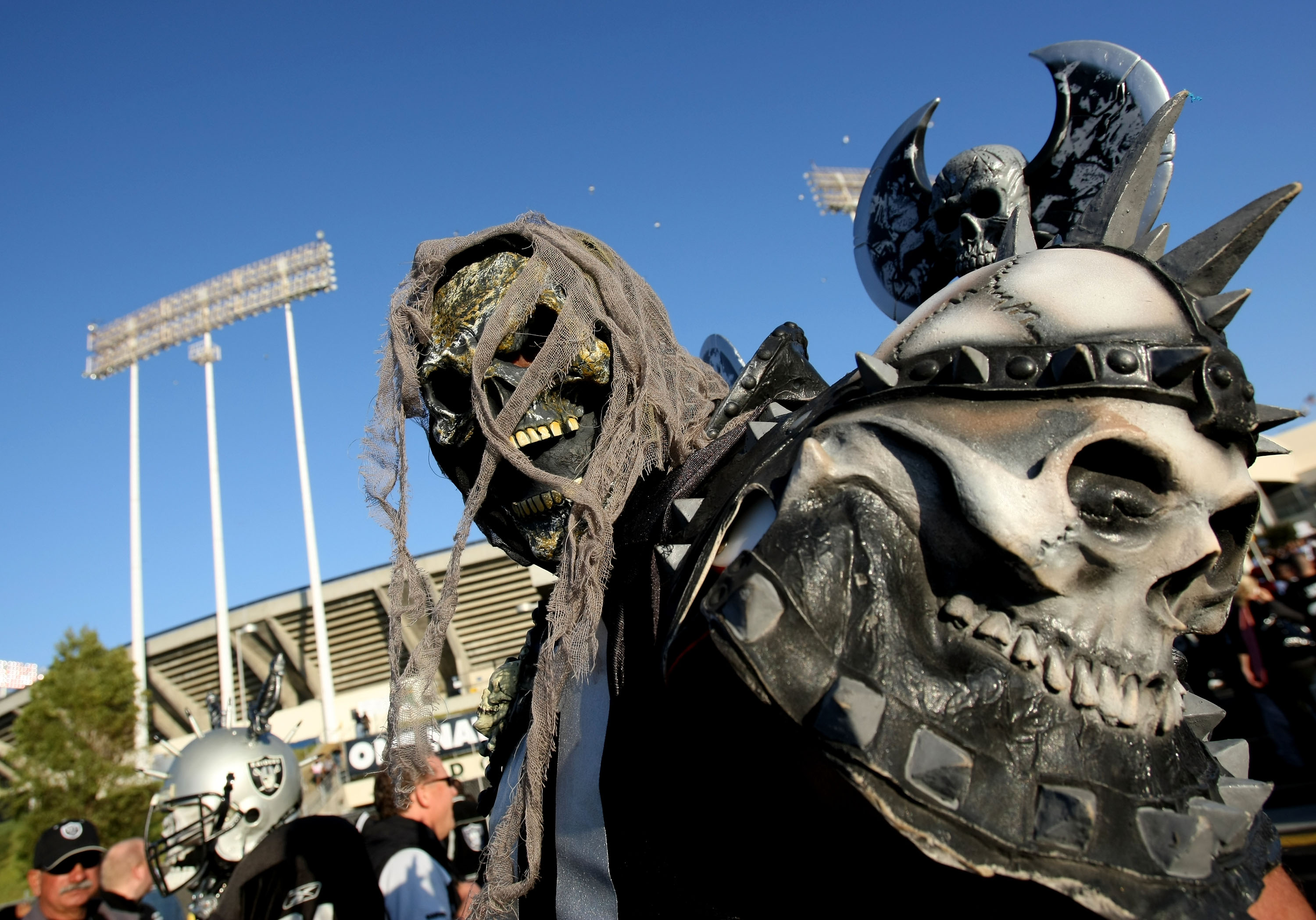 How many people are reminded of the character from "Tales of the Crypt Keeper?" 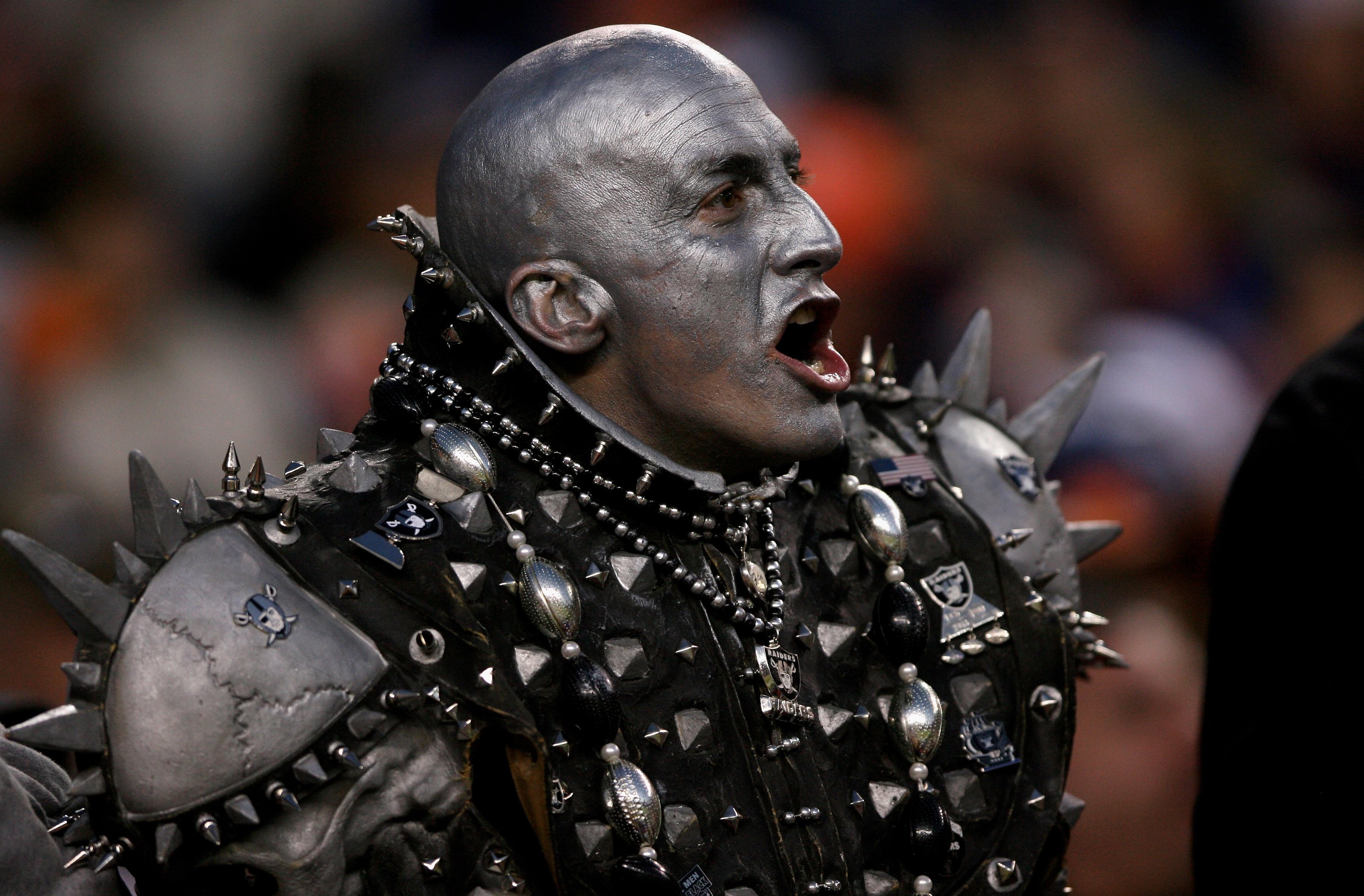 Uncle Fester? Oh, I'm sorry, sir, thought you were somebody else. 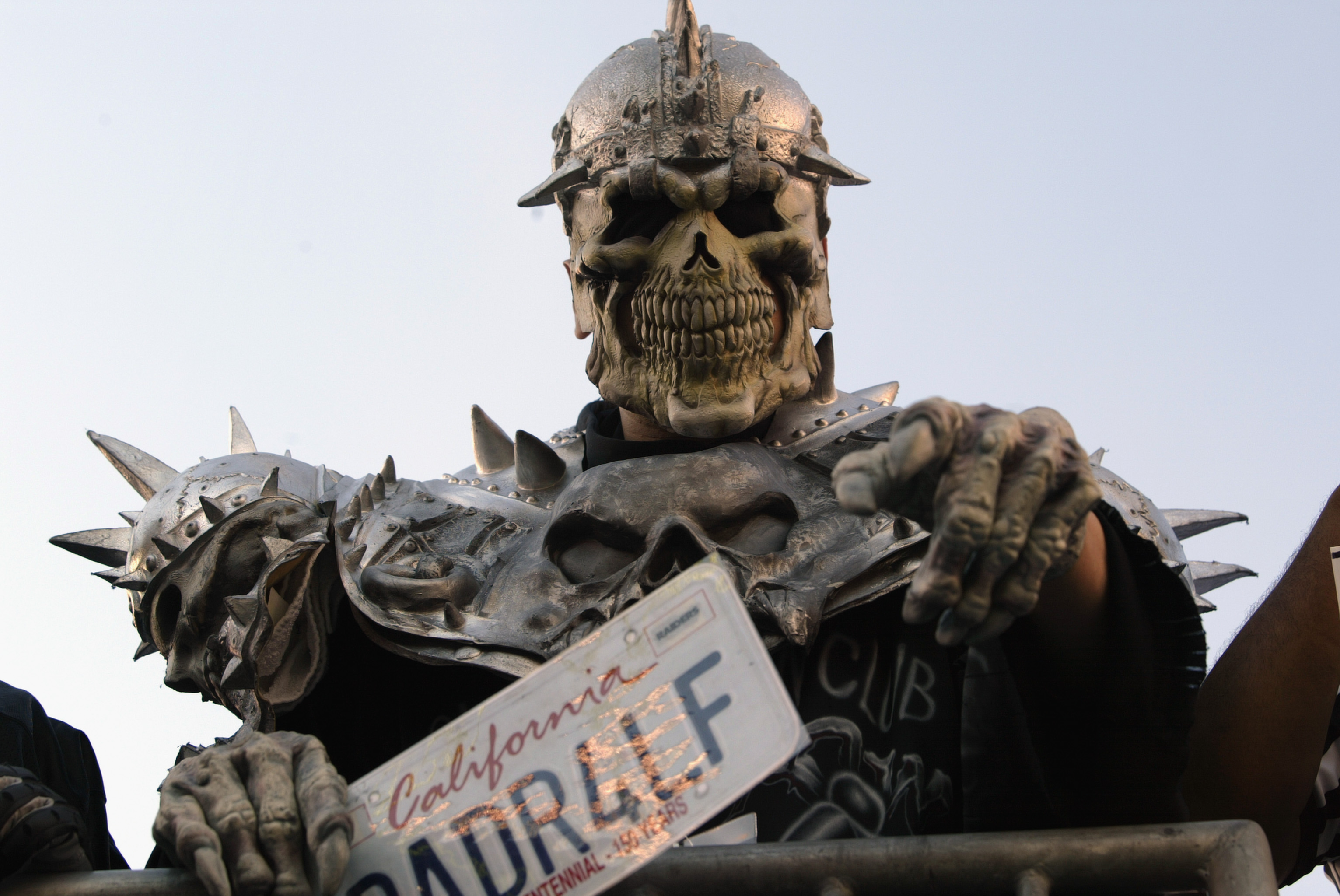 As his license plate says, "RADR4LF," and even in death as it appears.

No. 1: Gotta Love the Passionate Fans 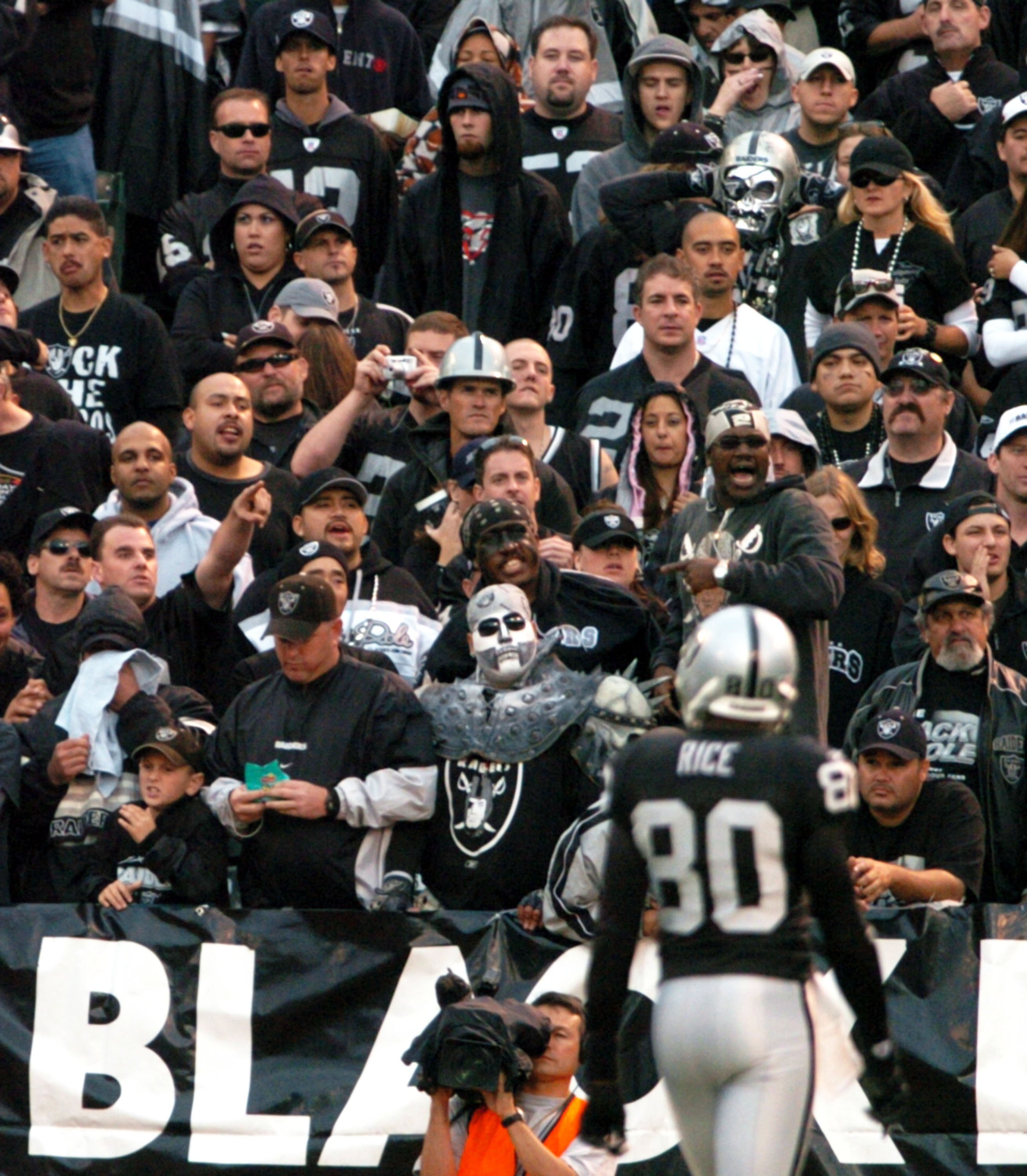 Alright, since I've spent enough time bagging on the "colorful" costumes, it's time to praise the "passionate" fans because it's what makes sports that much better.

While we can laugh at some of the costume choices and while we can bag on the fact that Halloween comes every Sunday during Oakland Raider home games, the fans there are as passionate as any in the NFL.

While their attire makes us scratch our heads, their love of their team and its players is unwavering and unquestionable.

So while I'll tip my hat, or mask, to those fans around the NFL, I dare anyone to come up with better costumes than that of Raider fan.

That being said, you're still gonna lose to the Chargers on Sunday.