College Gameday Football Schedule 2010: Predicting Each Game of the Week 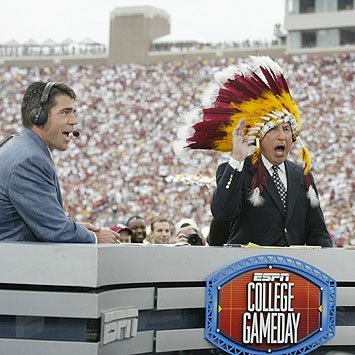 ESPN's College Gameday marks the start of what promises to be another fantastic season of College Football.

As the season gets underway, there will be great debate regarding just where the Gameday crew should show up.  There is a full slate of entertaining non-conferences match-ups early in the season and plenty of games with BCS implications as the season progresses.

Here's a look at where College Gameday could end up each week of the 2010 season. 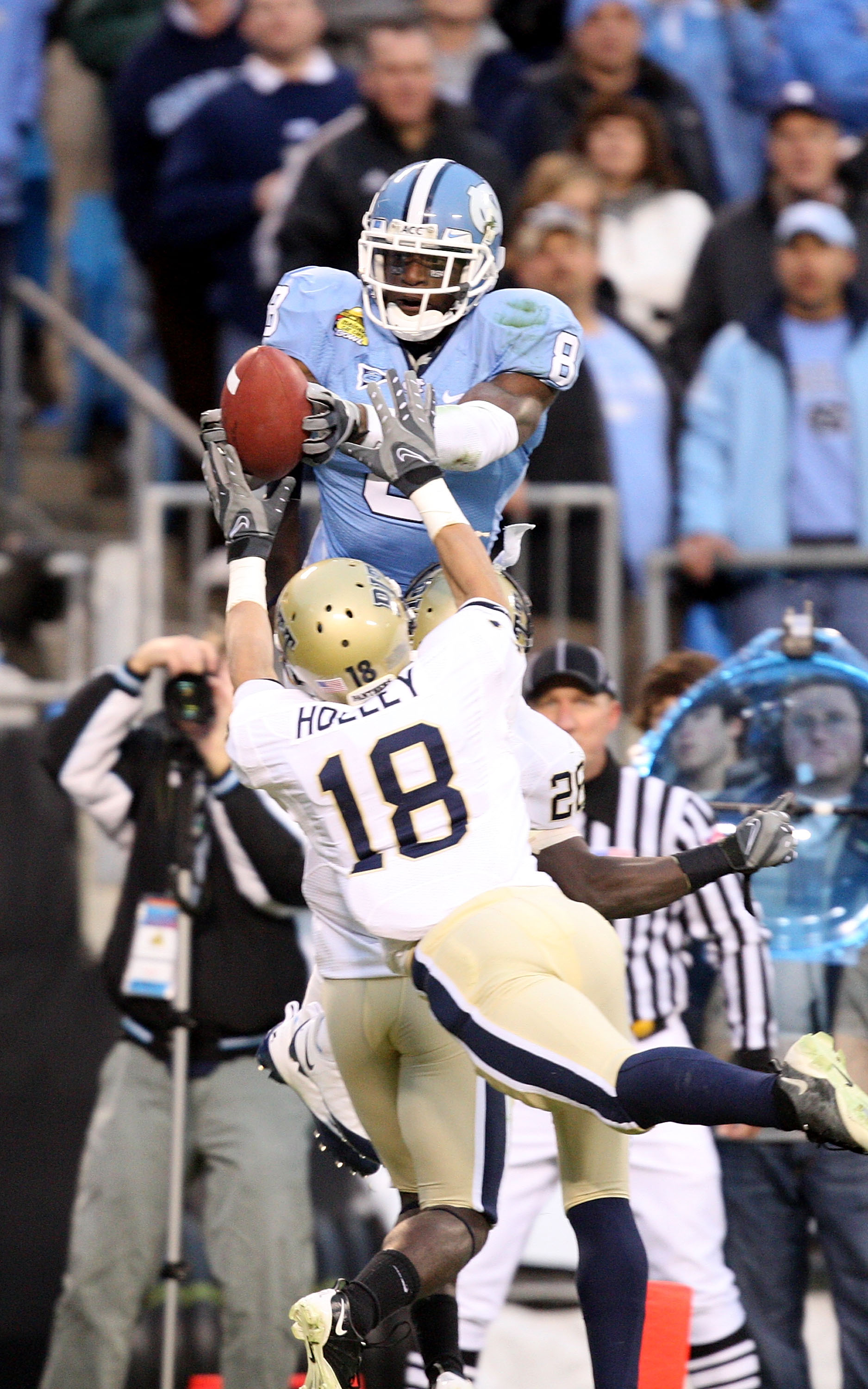 The Gameday crew will likely head south in Week 1 for an interesting battle between two of the nation's strongest defensive teams and weakest offensive units.

The Heels hope to have star receiver Greg Little back for the game, but will not play him unless he has been officially cleared of any wrongdoing as the NCAA continues to investigate his dealings with an agent.

If Little can't go, the Tar Heels will struggle to move the ball against LSU.

Another possible destination could be outside of Cowboys Stadium, where TCU meets Oregon State in a virtual home game for the Horned Frogs. 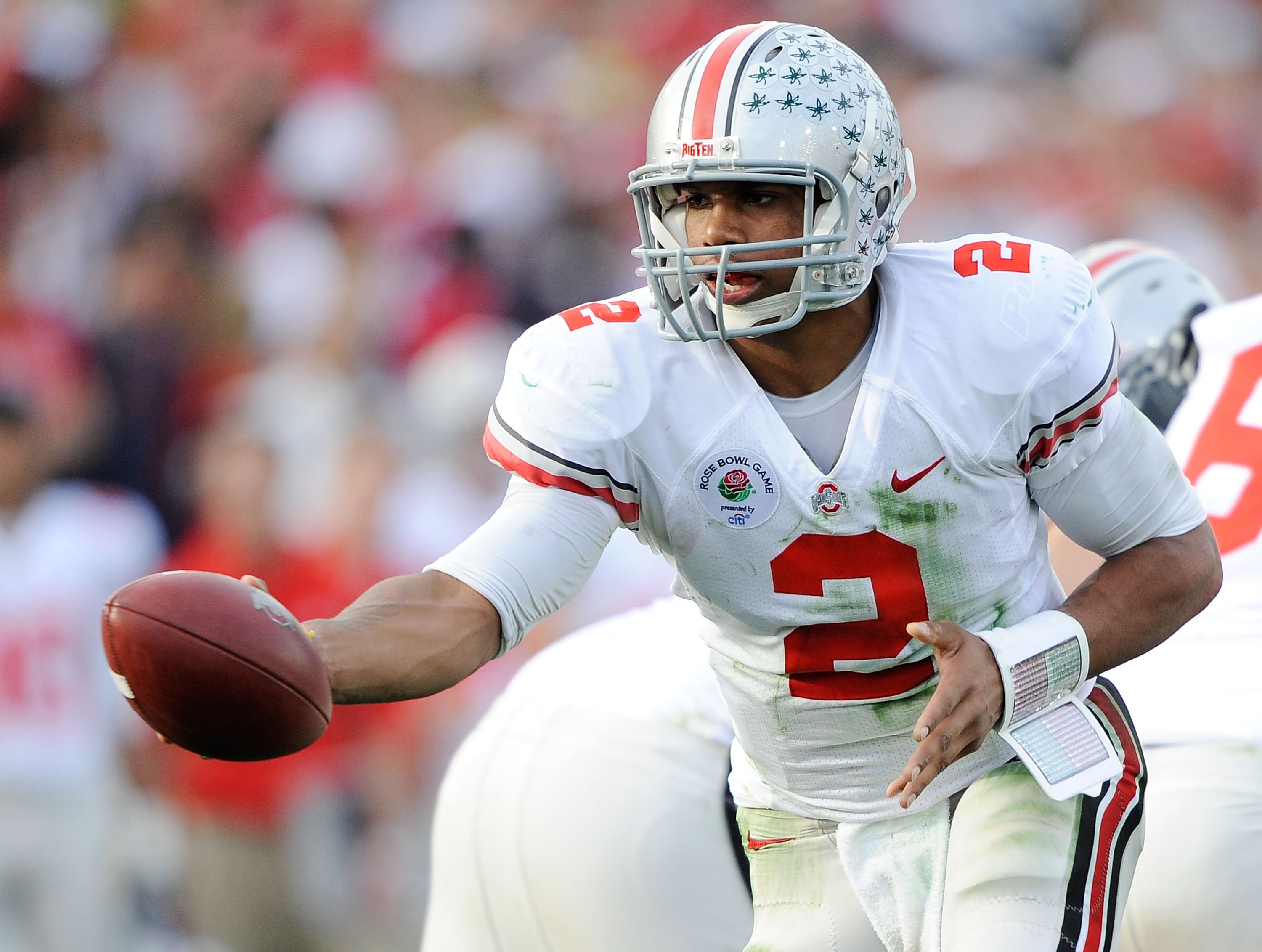 Columbus is the likely destination for College Gameday on September 11, as the No. 2 Buckeyes take on the No. 13 'Canes in a powerful non-conference tussle.

The game features a compelling quarterback match-up between Terrelle Pryor and Jacory Harris and is likely to live up to the hype.

There are a couple of other possibilities, including a trip to Tuscaloosa where Alabama meets Penn State. 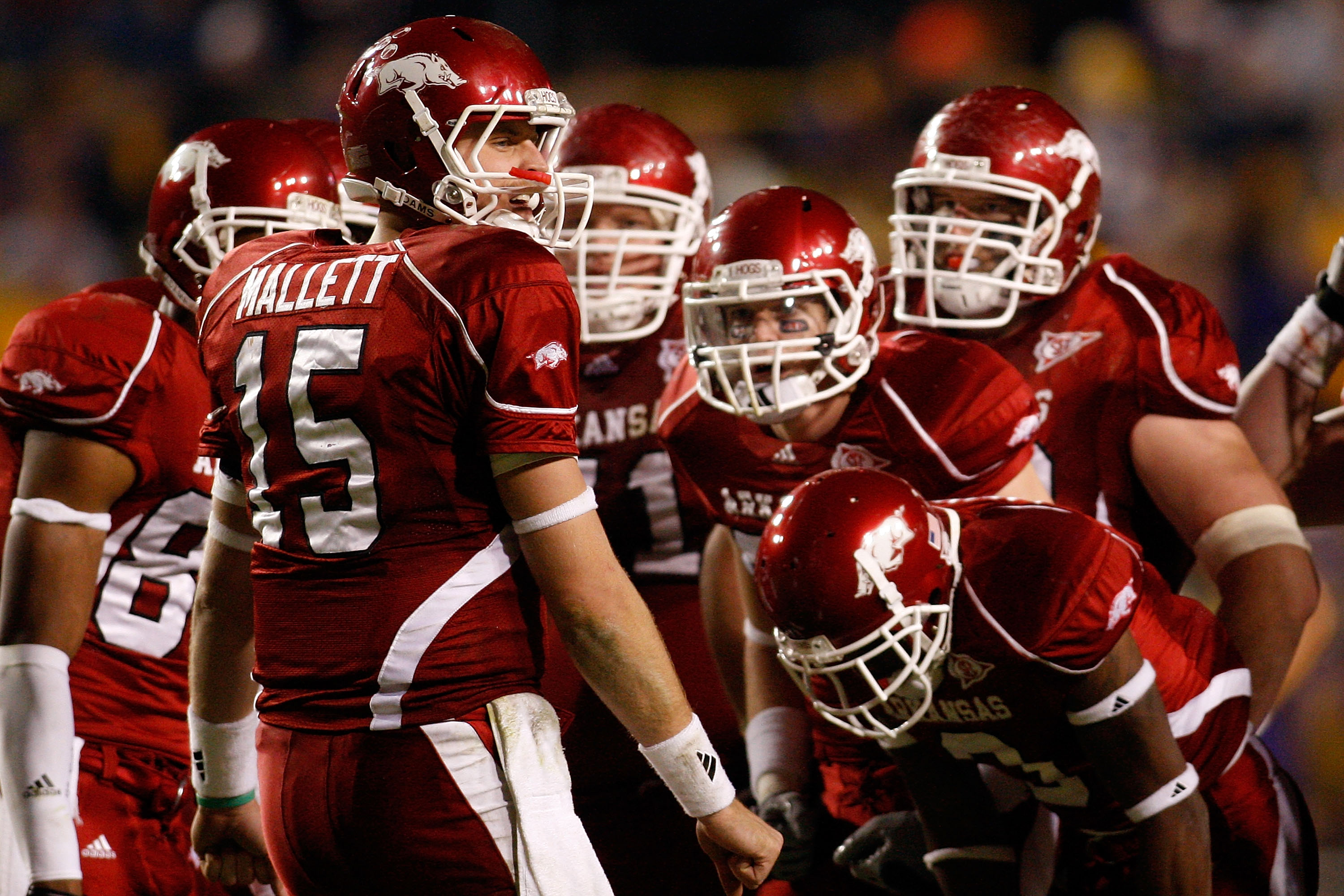 Week 3 of the 2010 College Football season is fairly weak in terms of offering compelling destinations.  When in doubt, Gameday usually heads to the SEC.

There are plenty of storylines surrounding the early season conference clash, including Ryan Mallett's potential as Heisman candidate and Mark Richt's future in Athens.

The game promises to be entertaining, and there's really nothing better than watching the guys interact with an SEC crowd. 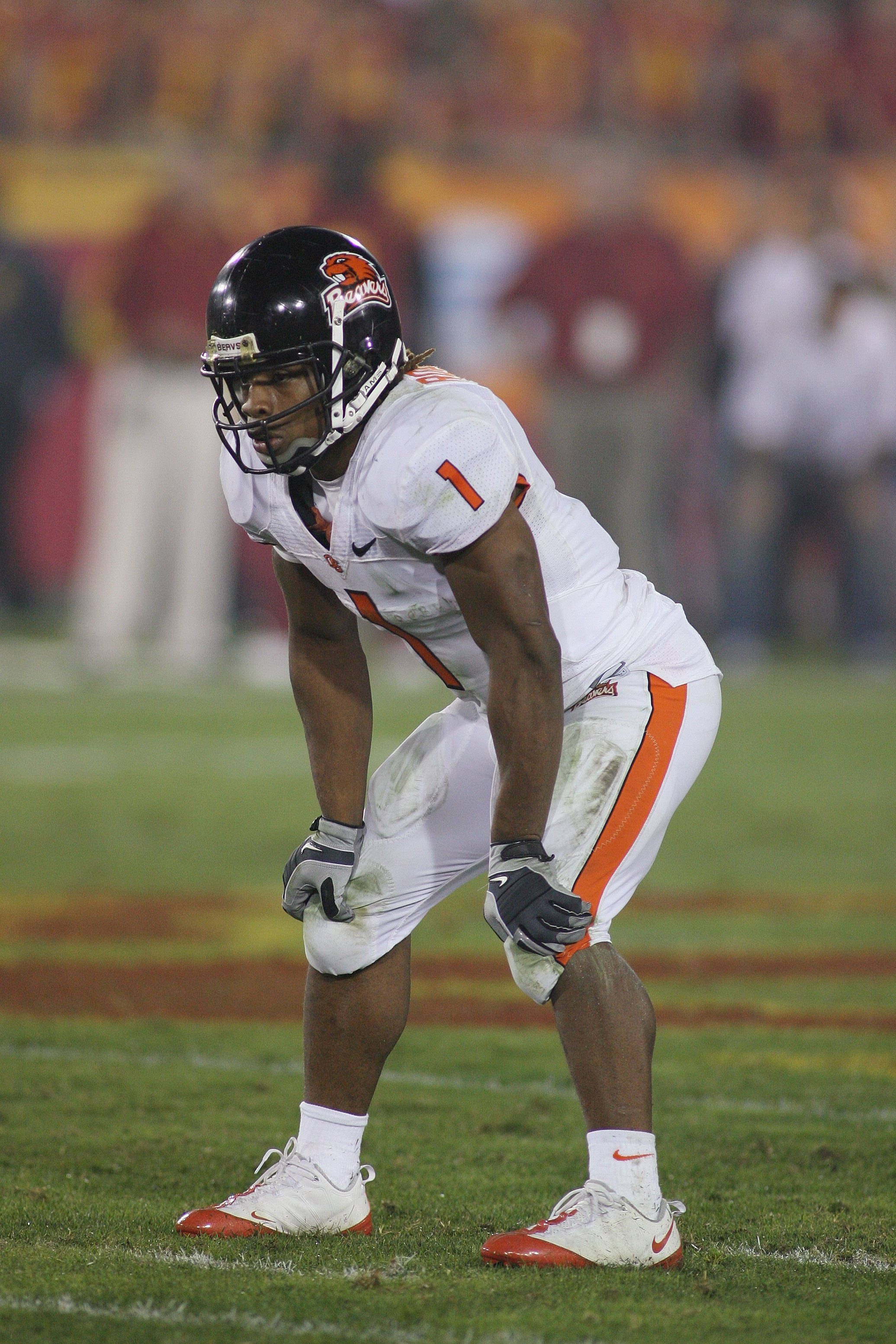 Although a trip to Idaho hinges largely on Boise State beating Virginia Tech in the season opener, it could happen regardless.

It's difficult to forget what happened last year when another Pac-10 foe journeyed to the smurf turf, and like last year's Oregon team, Oregon State has a legitimate superstar in Jacquizz Rodgers.

The game should be hard fought and exciting, and the atmosphere surrounding the Gameday set would certainly be unique. 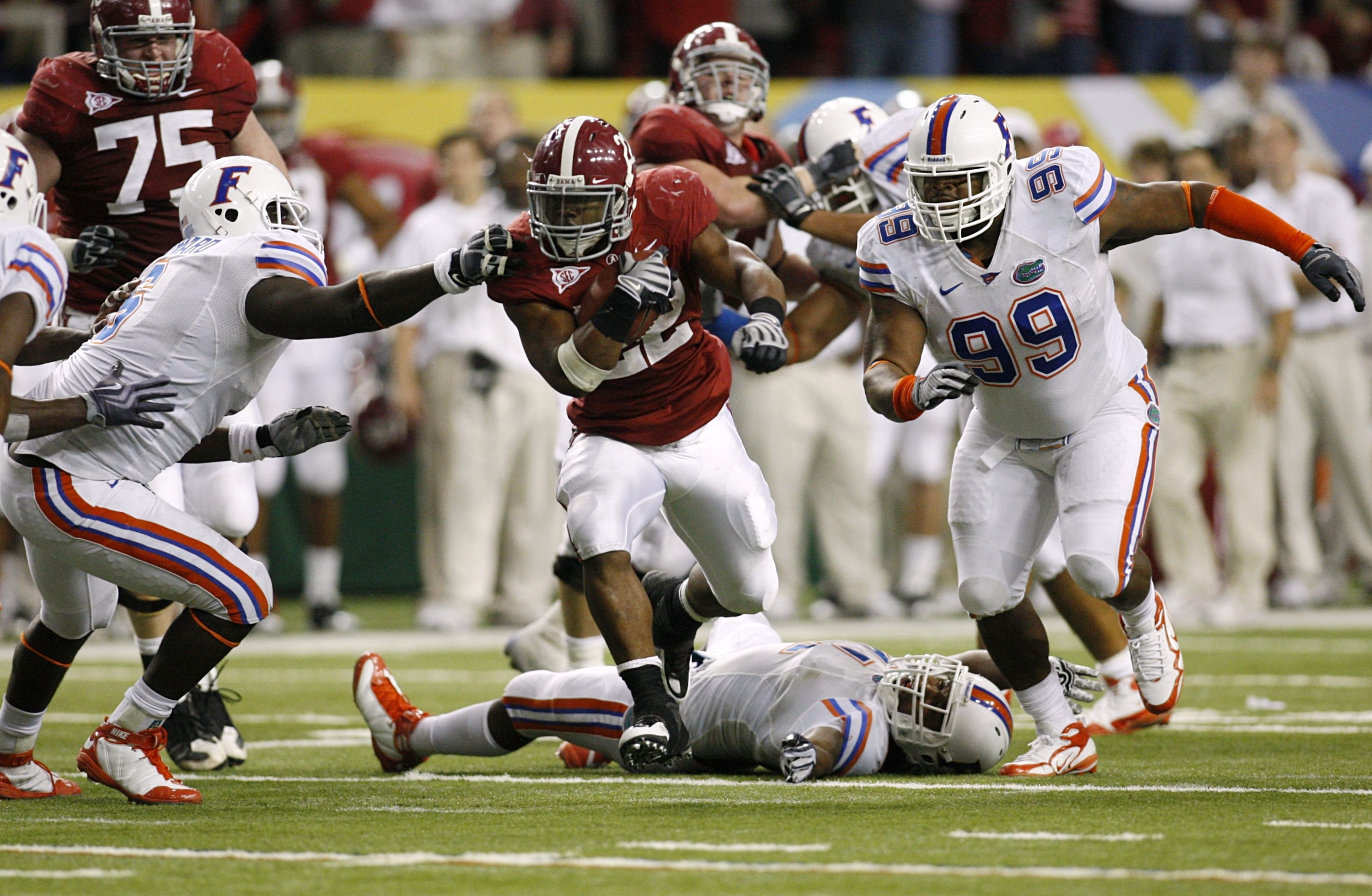 ESPN loves it some Alabama football, and with good reason.  The Tide figure to contend for another National Title this season, but need to get through a challenging SEC schedule first.

The Florida Gators pay a visit on October 2, offering the Gameday crew a chance to see the champs up close and personal and also talk about John Brantley endlessly as he continues to try to fill Tim Tebow's shoes.

The other primary option is the annual pilgrimage to the Red River Shootout, when Oklahoma meets Texas in another game featuring two top-10 teams. 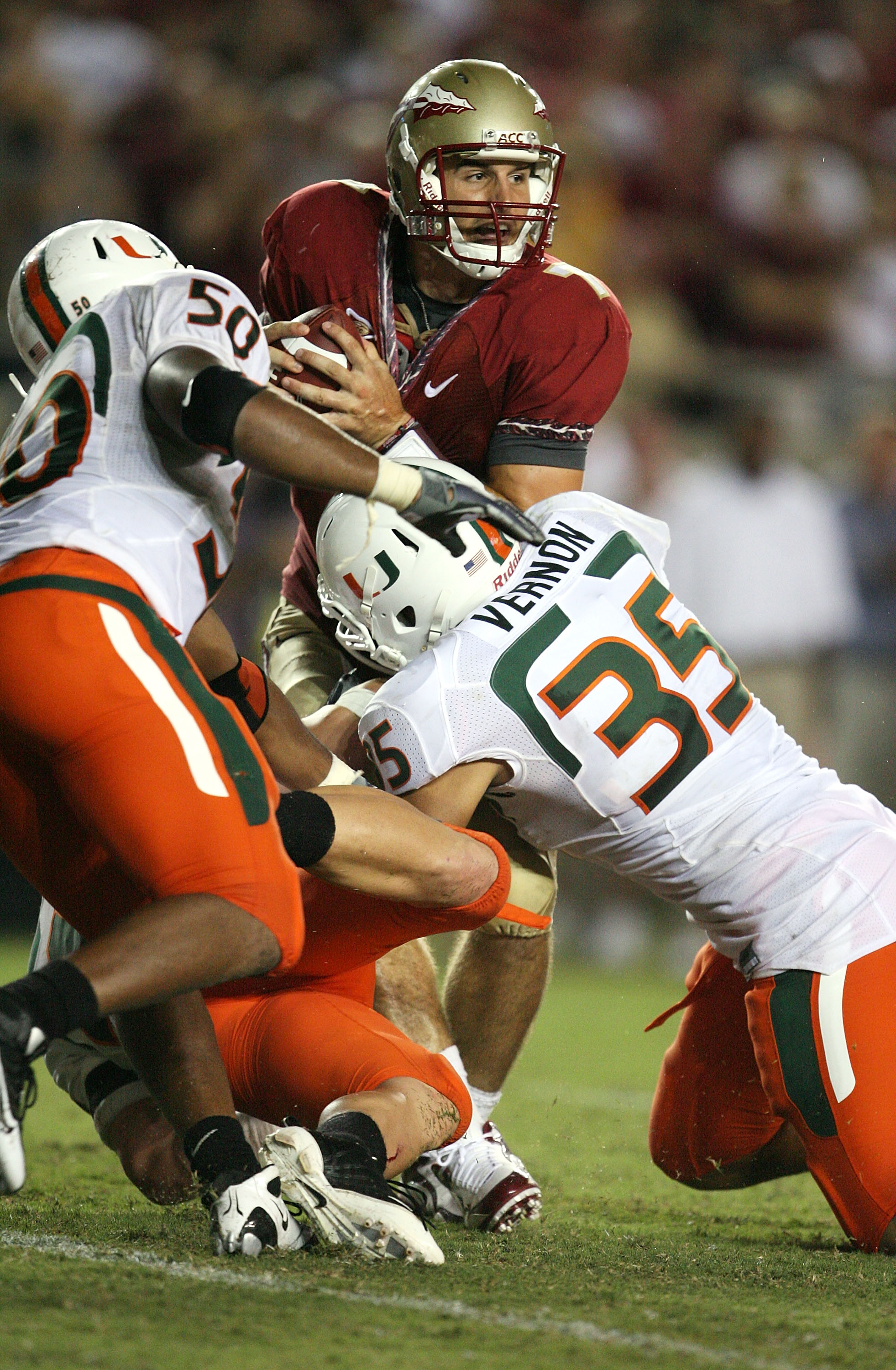 It's time for Lee Corso to take his talents to South Beach, were the 'Noles and 'Canes clash in the annual bitter rivalry.

For the first time in several years, both teams have a legitimate chance to hover around the BCS picture if they play their cards right.

LSU at Florida is another possibility, although it's doubtful the Gators would get coverage two weeks in a row. 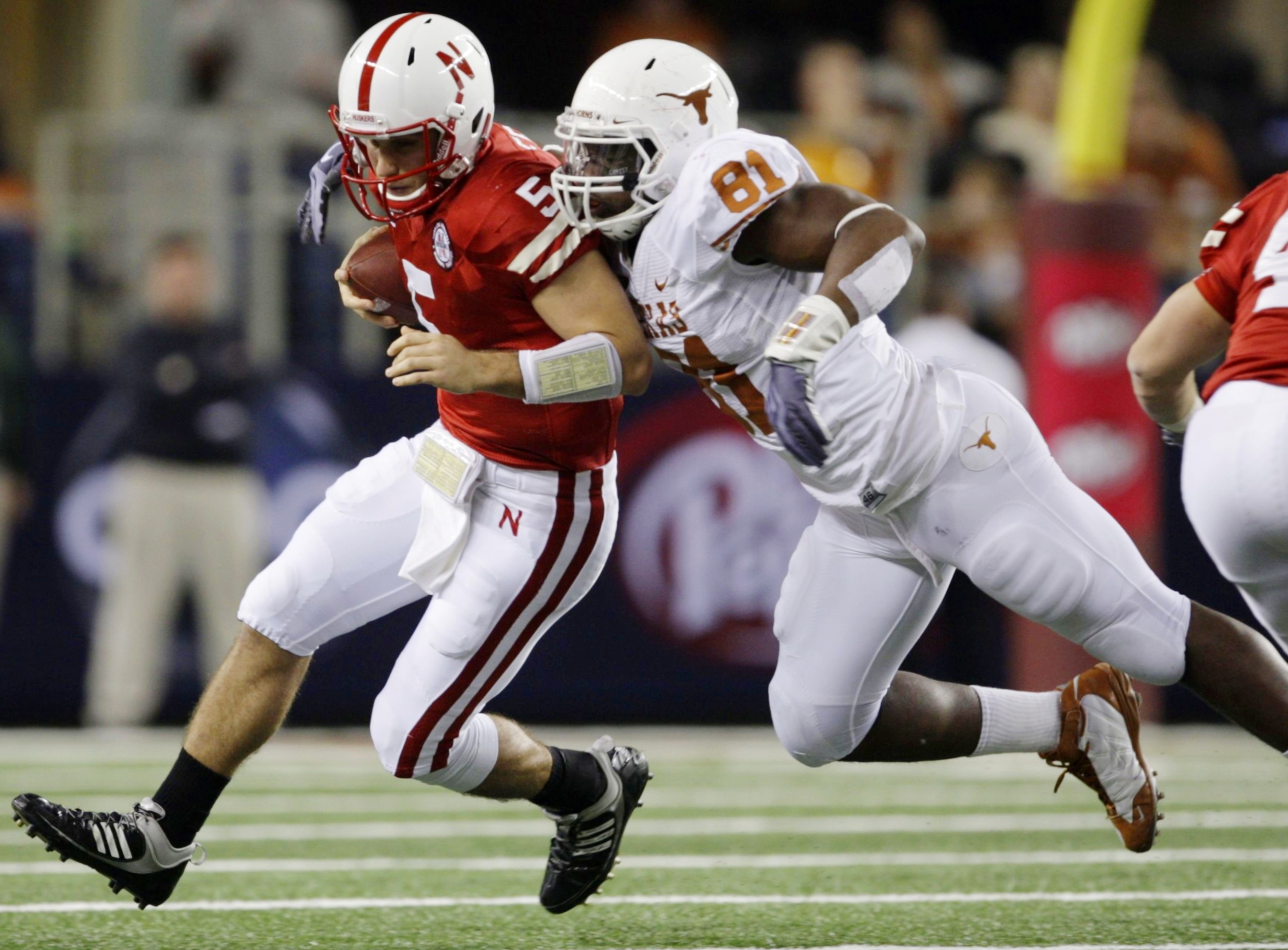 It's time to give the Big 12 some love, and a clash between the team that bolted and the team that held it together makes for a high level of drama.

The rematch of last year's Big 12 Championship game could once again be a defensive struggle, and the College Gameday broadcast could be used as a platform to discuss the hottest topic on everyone's mind: conference expansion. 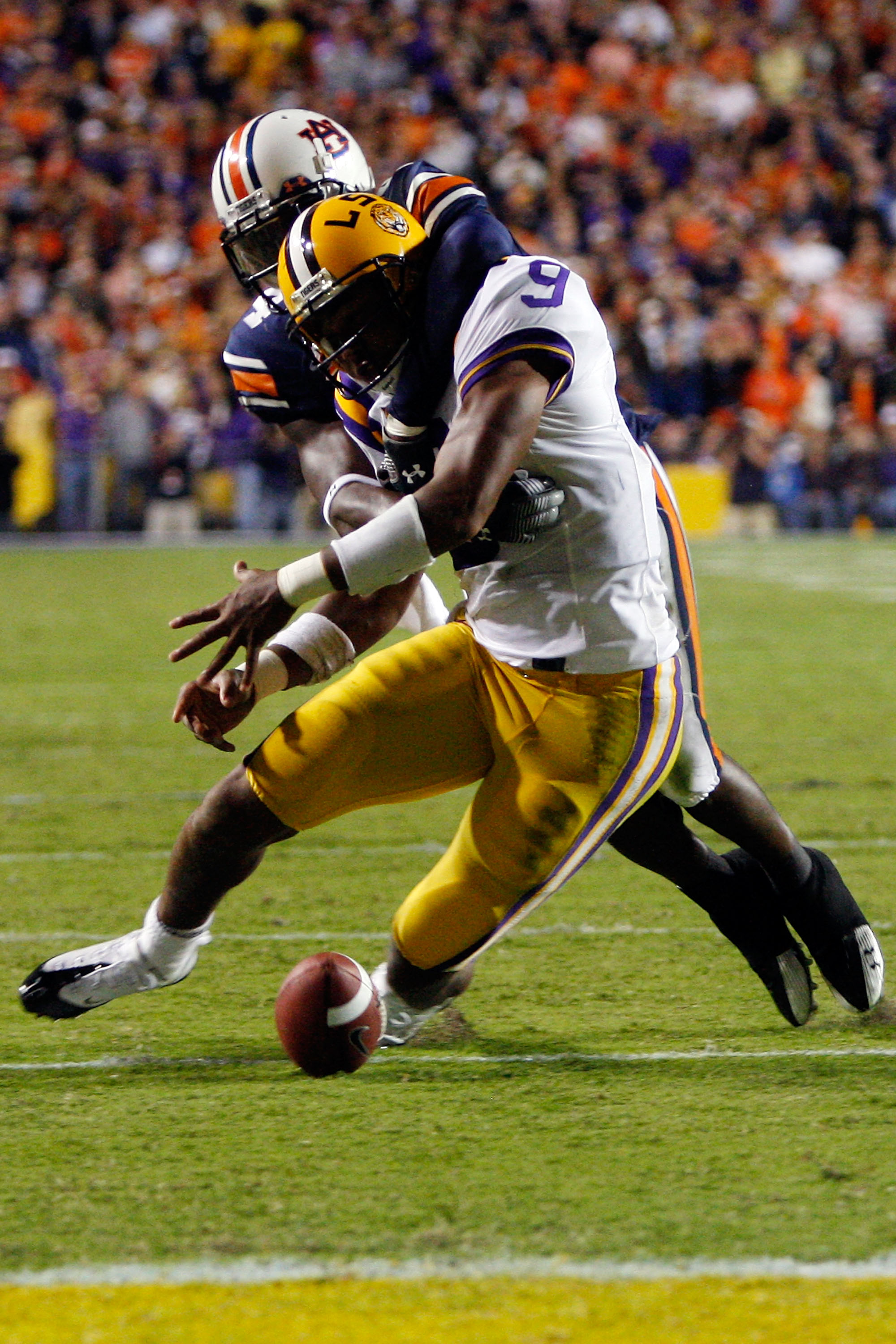 Depending on how the early portion of the season plays out, Auburn could be a logical destination for College Gameday on October 23.

LSU comes to town in a game that will have huge implications in the SEC West race, which figures to be one of the most intriguing battles in College Football this season. 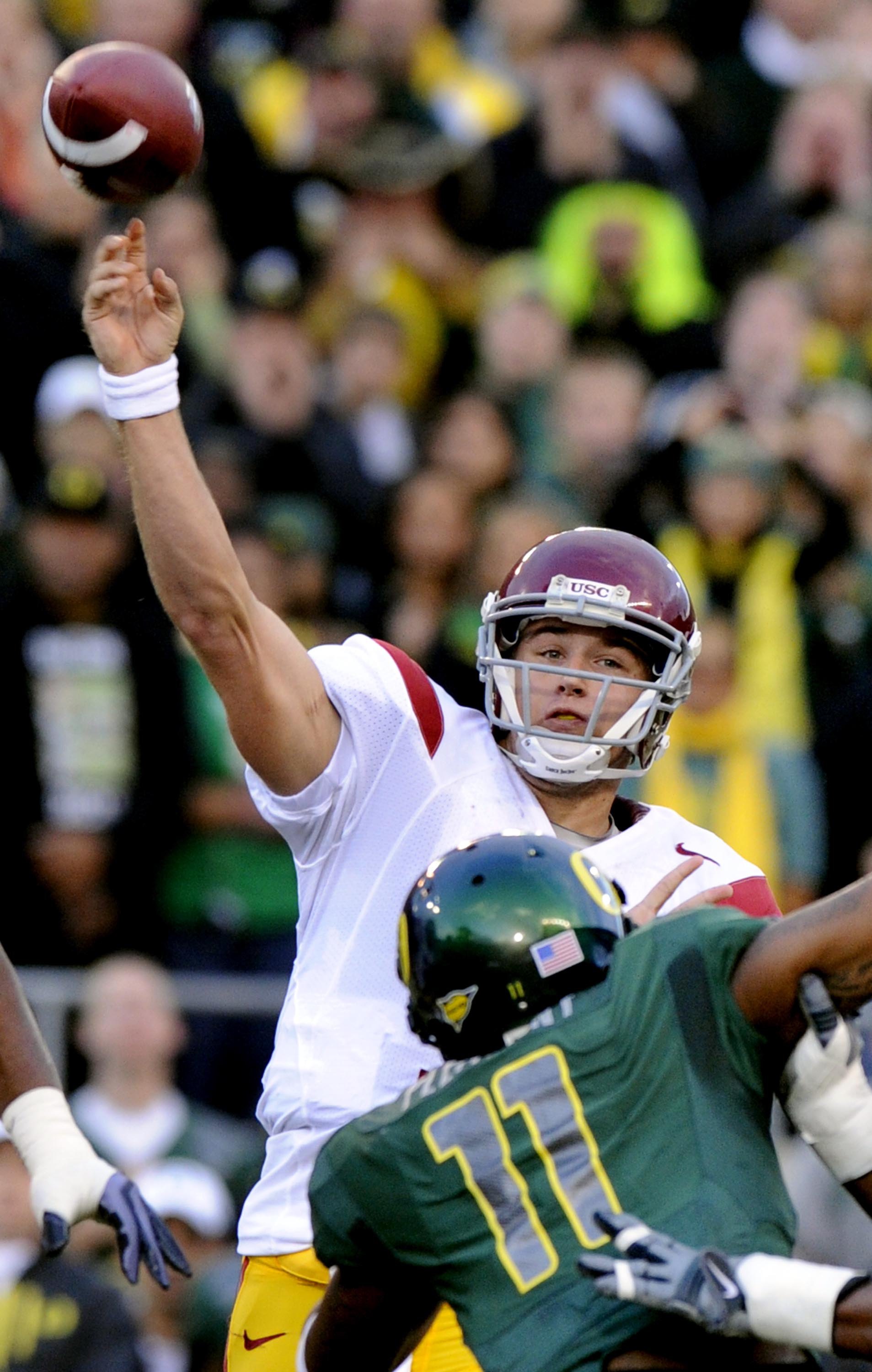 The Pac-10 never gets enough love from ESPN, but USC is always a huge story.

Despite the Trojans postseason ban, Lane Kiffin's team will likely be more than competitive in Pac-10 race even with just 70 players on scholarship.

A battle between arguably the two best teams in the conference and a chance to get a closer look at Lane Kiffin is too good of a chance for Gameday to pass up. 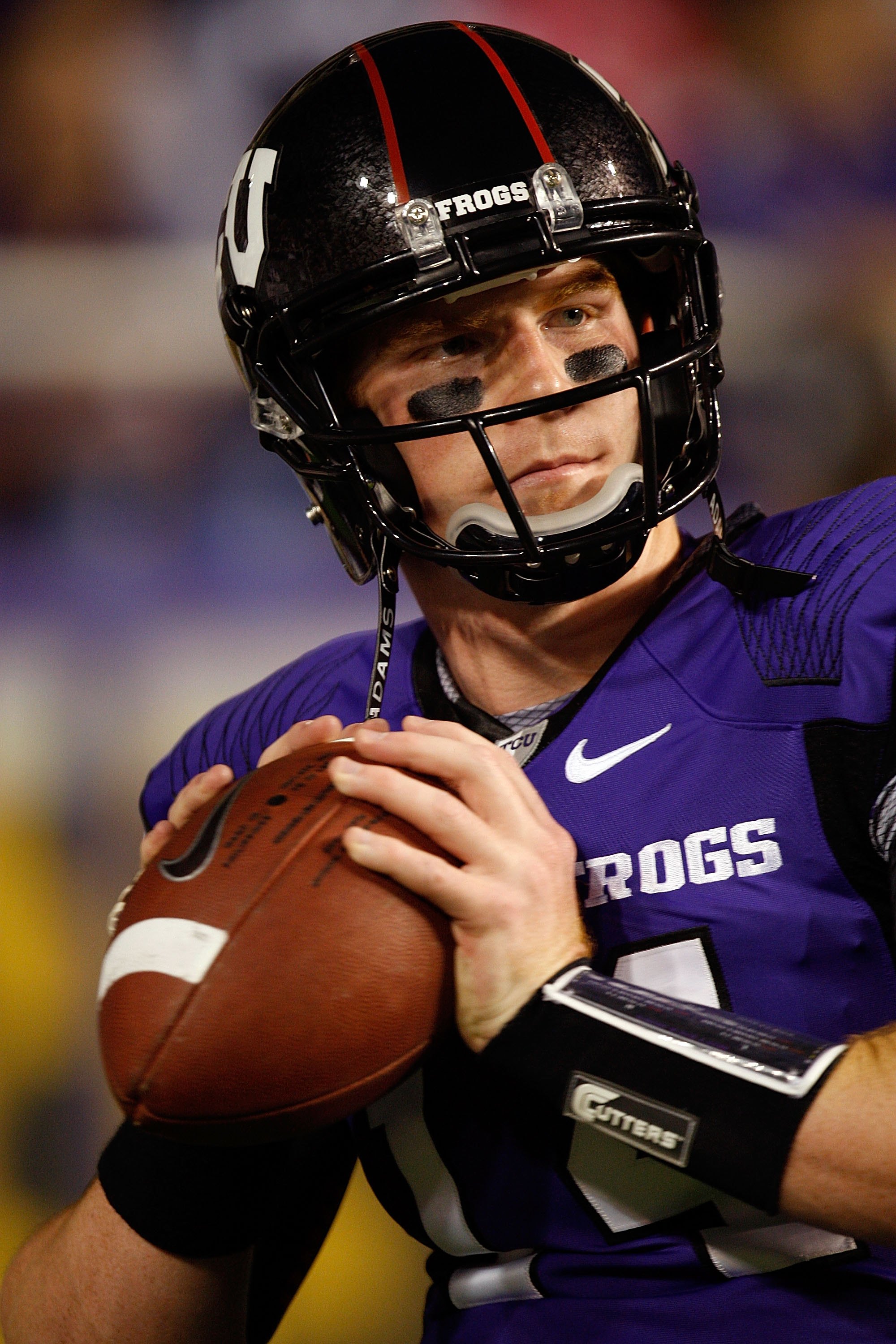 This game could be the most surprising game on College Gameday schedule this season, but could have titanic implications on the landscape of College Football.

TCU could easily enter the game undefeated, and Utah could enter the game ranked in the top-15 if the Utes can survive a difficult non-conference schedule.

The stage is set for an possible upset, and a journey to Salt Lake City could certainly be a possibility. 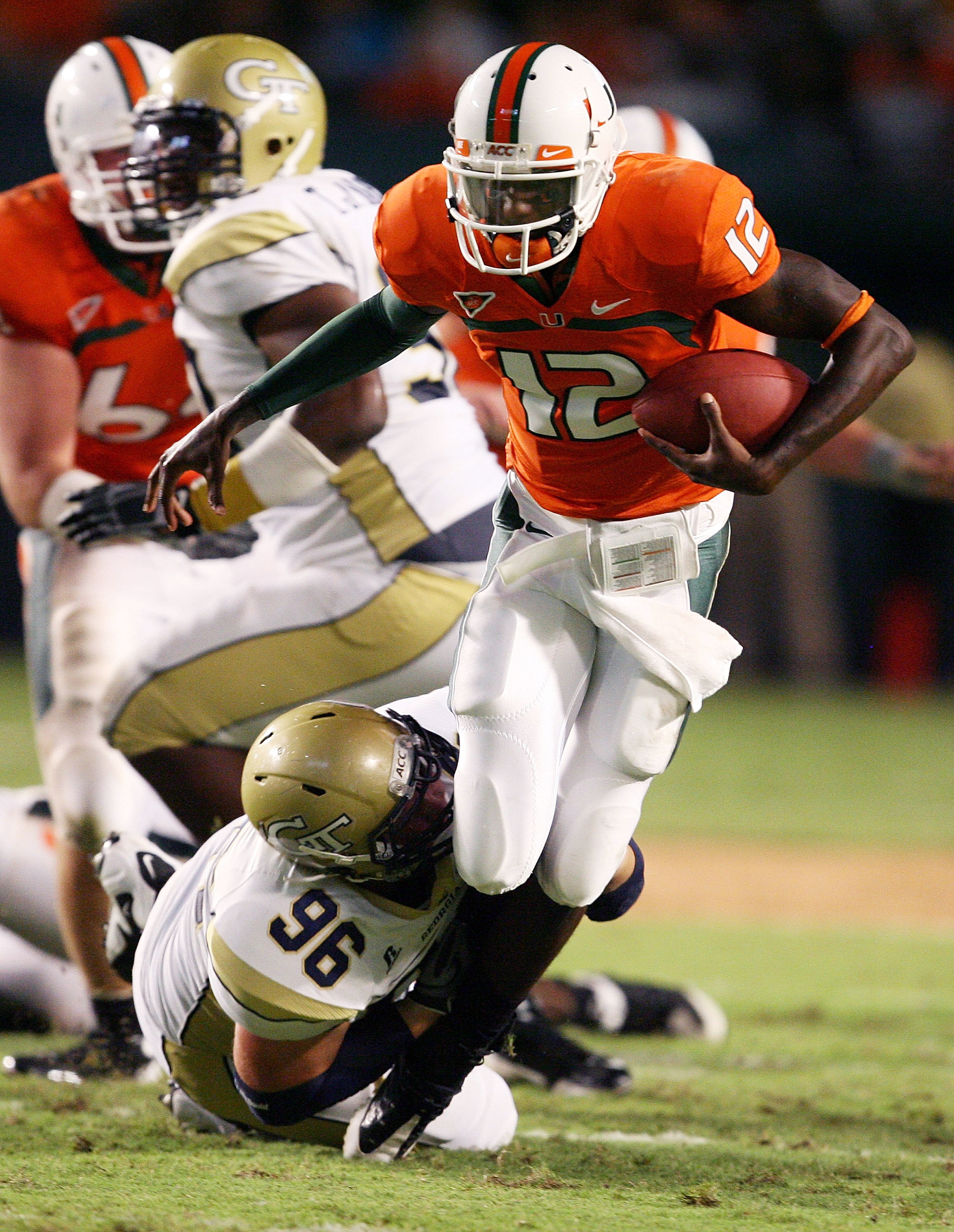 The late season meeting between Georgia Tech and Miami features teams with contrasting styles and plenty of talent.

The Yellow Jackets figure to endure some growing pains early in the season, but could be in the ACC race by November 13.  If Miami survives a brutal schedule, the 'Canes could be ranked as high as top-five in the BCS standings. 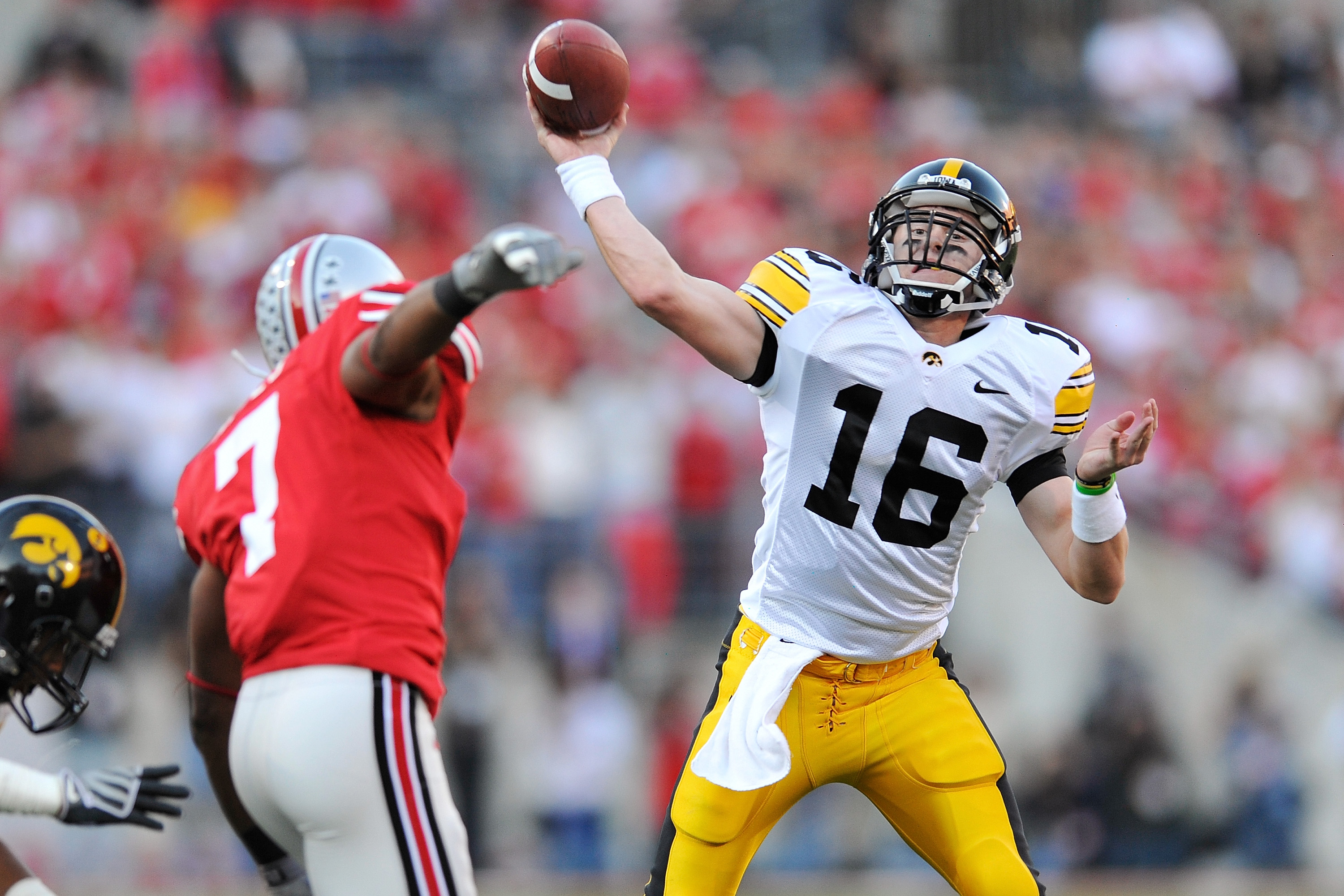 The Gameday gang journeys to Iowa City for what could amount to a Big Ten Championship game by default.

With both Ohio State and Iowa ranked in the preseason top 10, the schedule tickets that both teams are likely to be hovering in the BCS picture on November 27.

ABC isn't likely to feature the game in primetime in the evening due to Big Ten rules, which could send the Gameday crew elsewhere.  Another potential obstacle is the likelihood that Gameday will cover Ohio State and Michigan the following week. 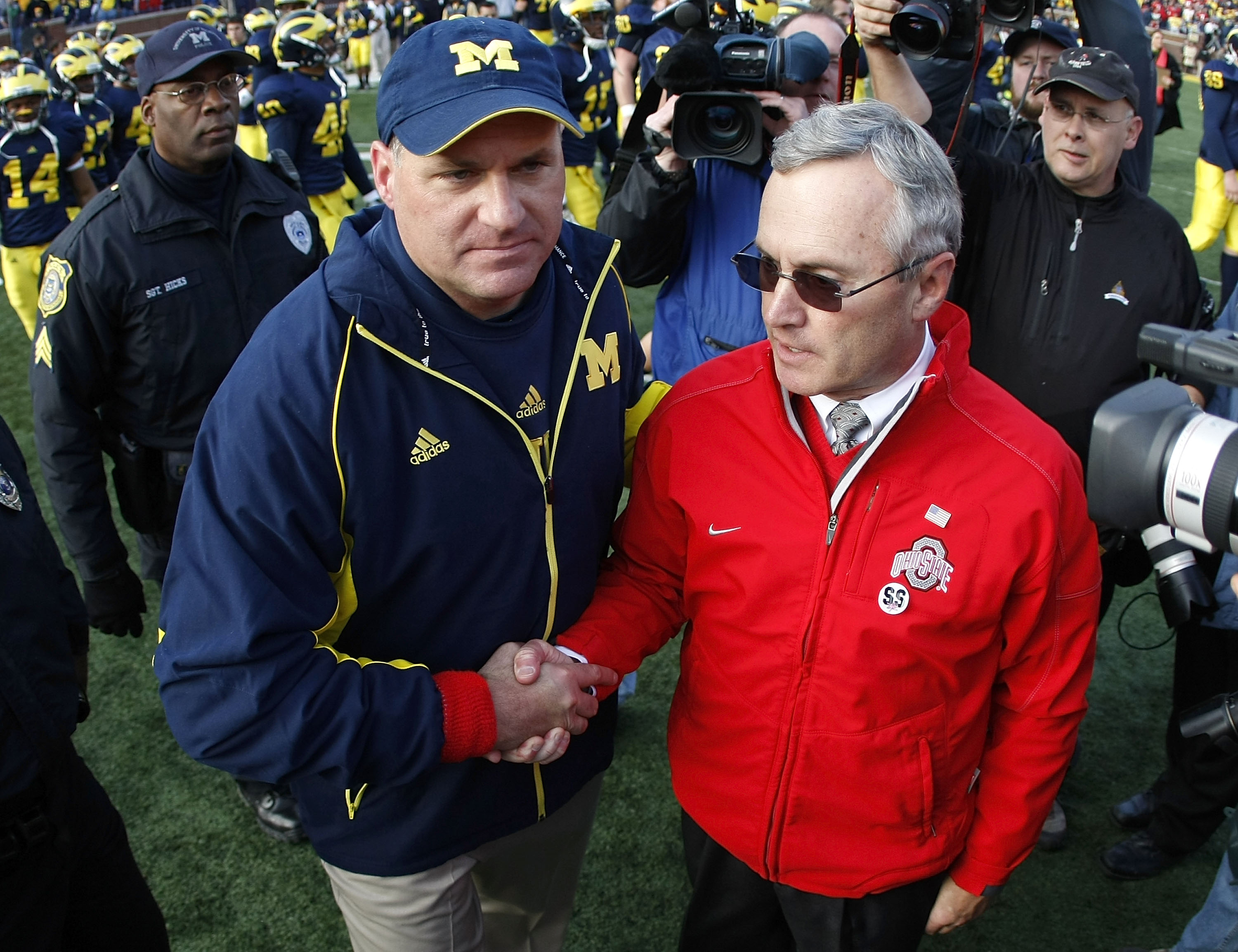 Could it really be Rich Rodriguez's last game as Michigan's coach?  His future might hinge on a win over the Buckeyes, which doesn't seem likely.

As if the game needed another layer added to it, the last regular season game before Big Ten expansion takes effect would create plenty of material to discuss. 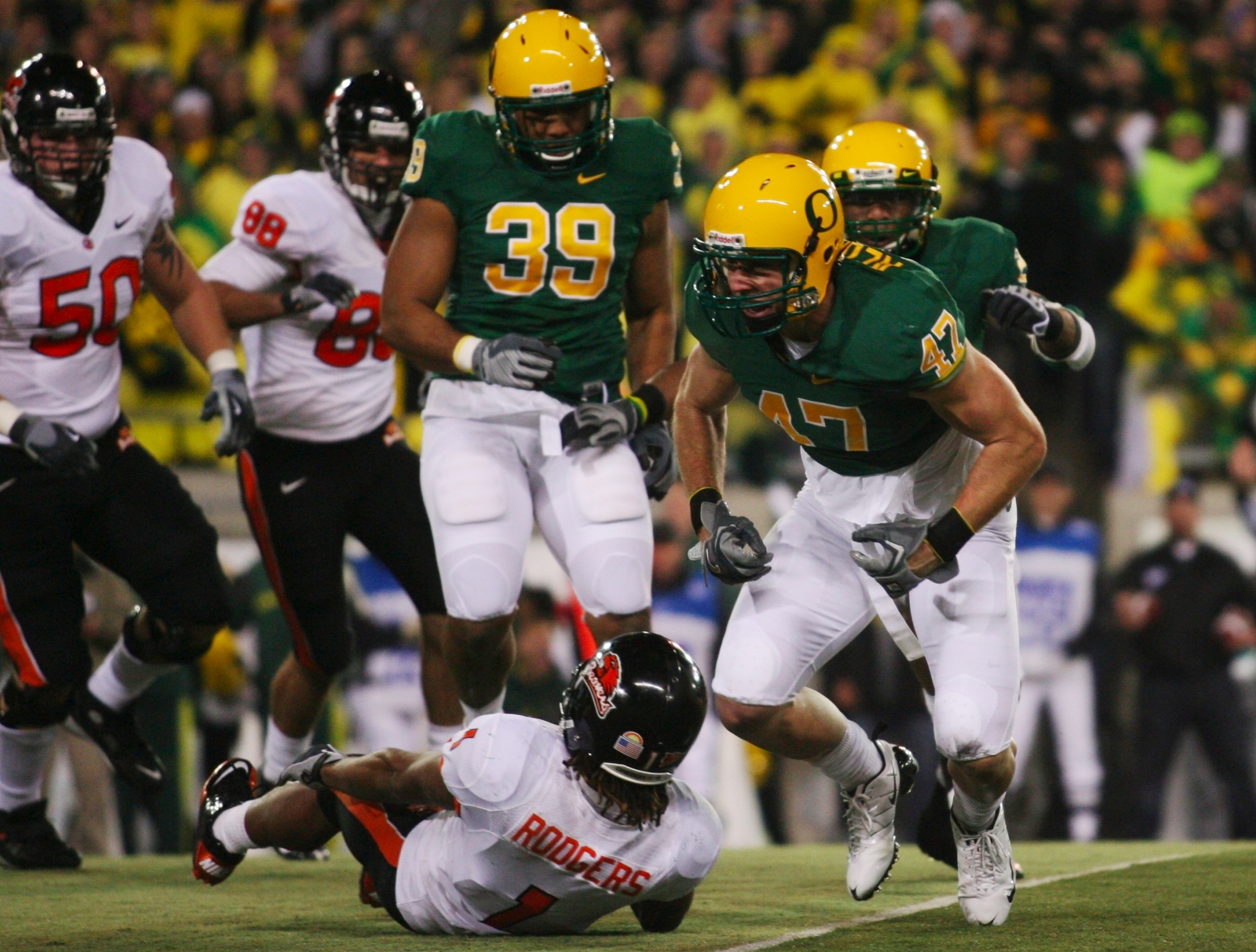 Much like Ohio State vs. Iowa two weeks prior, Oregon vs. Oregon State could be a Pac-10 championship game of sorts.

OSU will likely have to win the Pac-10 to have any shot at the BCS, and that means beating arch-rival Oregon in the final game of the regular season.

It's tough to imagine ESPN ending up anywhere besides Corvallis on the final Saturday, but Cincinnati would be another possible destination as the Bearcats take on rival Pittsburgh.