Georgia Tech fans hoped that Jonathan Dwyer would stay for his senior year. The Steelers running back rushed for an identical 1,395 yards in both his sophomore and junior season.

But, the Yellow Jackets won’t be hurting for talent or depth in 2010.

Anthony Allen will move from the starting A-back position to starting B-back, the featured back in Paul Johnson’s spread option offense. Allen is more comfortable running between the tackles than on the perimeter as an A-back. The 6’0”, 229 pound senior ran for 618 yards on 64 carries with six touchdowns in 2009. He won’t run away from defensive backs the way Dwyer did, but Allen is a bruising back with good enough speed to breakout in 2010. The Yellow Jackets won’t miss a beat at B-back.

Depth is an issue at B-back. Behind Allen, the number two spot is seemingly still up in the air. Lucas Cox, Preston Lyons, and Richard Watson are all trying to be the guy that totes the rock when Allen needs a breather.

Lucas Cox saw his playing time decline is 2009 after starting in 2008 as an A-back. Cox is a prototypical fullback that runs with power and is hard to bring down. He will be a good change of pace for the Georgia Tech offense. The 5’11”, 245 pound senior is one of the best blocking backs on the team and will be utilized in that way once again.

Preston Lyons was Jonathan Dwyer’s backup last season and did very well in limited action. The junior is a former transfer from Colgate that is not a dynamic back, but averaged nearly five yards per carry in 2009 and rarely lost yards. Lyons missed the entire spring with an injury and will need to perform well in fall practice to solidify the number two spot that was rightfully his a year ago.

Richard Watson is another big back who is in the mold of a fullback. Watson will likely see limited action once again.

The A-back position is, and always will be the deepest position on the team as long as Paul Johnson is the head coach. The Jackets can go six deep with guys who are speedy and elusive. Roddy Jones, Embry Peeples, Marcus Wright, and Orwin Smith will be the four guys getting most of the snaps out of the slot.

Roddy Jones is back for his third year after a disappointing 2009 campaign. Jones injured his wrist in the preseason and was never quite right last season. He is looking to be the guy that gashed Miami and Georgia at the end of the 2008 season. A dynamic player with big play potential, Jones has averaged nearly eight yards per carry is his career.

Embry Peeples will start on the other side after having a solid 2009 season. Peeples has great speed and athleticism and is very dangerous on the outside. He has the best hands out of all the A-backs and is the returning leader in receiving on the team. If the rumors about using the A-backs more in the passing game are true, look for Peeples to have a strong year.

Marcus Wright returns as one of the top back-ups once again. The Texas high school football legend is a small back that has the speed to take it to the house every time he touches the ball. The junior played in the Army All-American bowl in high school and amassed over 3,000 yards his senior year. Wright carried the ball 33 times for 190 yards and three scores in 2009.

Sophomore Orwin Smith will see his playing time increase this year after a nice inaugural season. Used mainly as a kick returner in 2009, the 6’0”, 202 pound Smith displayed potential as a strong runner. Unlike the other A-backs, Smith does not possess breakaway speed, but has good vision and is very good as a slashing type back. Look for Paul Johnson to get the ball in his hands more often in 2010.

The 2010 version of the Georgia Tech backfield includes speed and guys who are dynamic with the ball in their hands. Add Joshua Nesbitt, who is essentially a running back in this system, and you have a deep, talented stable of backs. Look for these runners to keep Georgia Tech near the top of the nation in rushing.

REPORT: ACC Set to Move Forward With 2020 Season… For Now

REPORT: ACC Set to Move Forward With 2020 Season… For Now 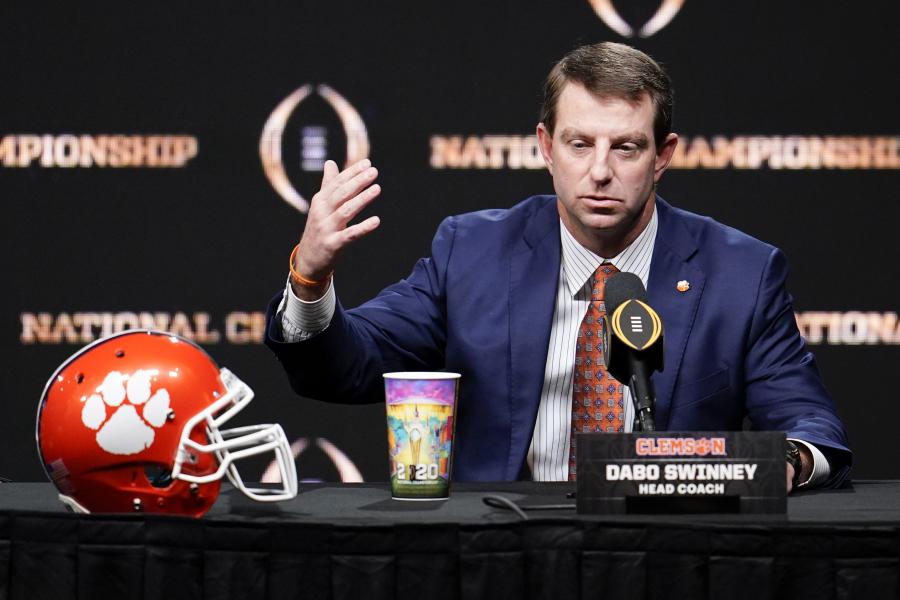