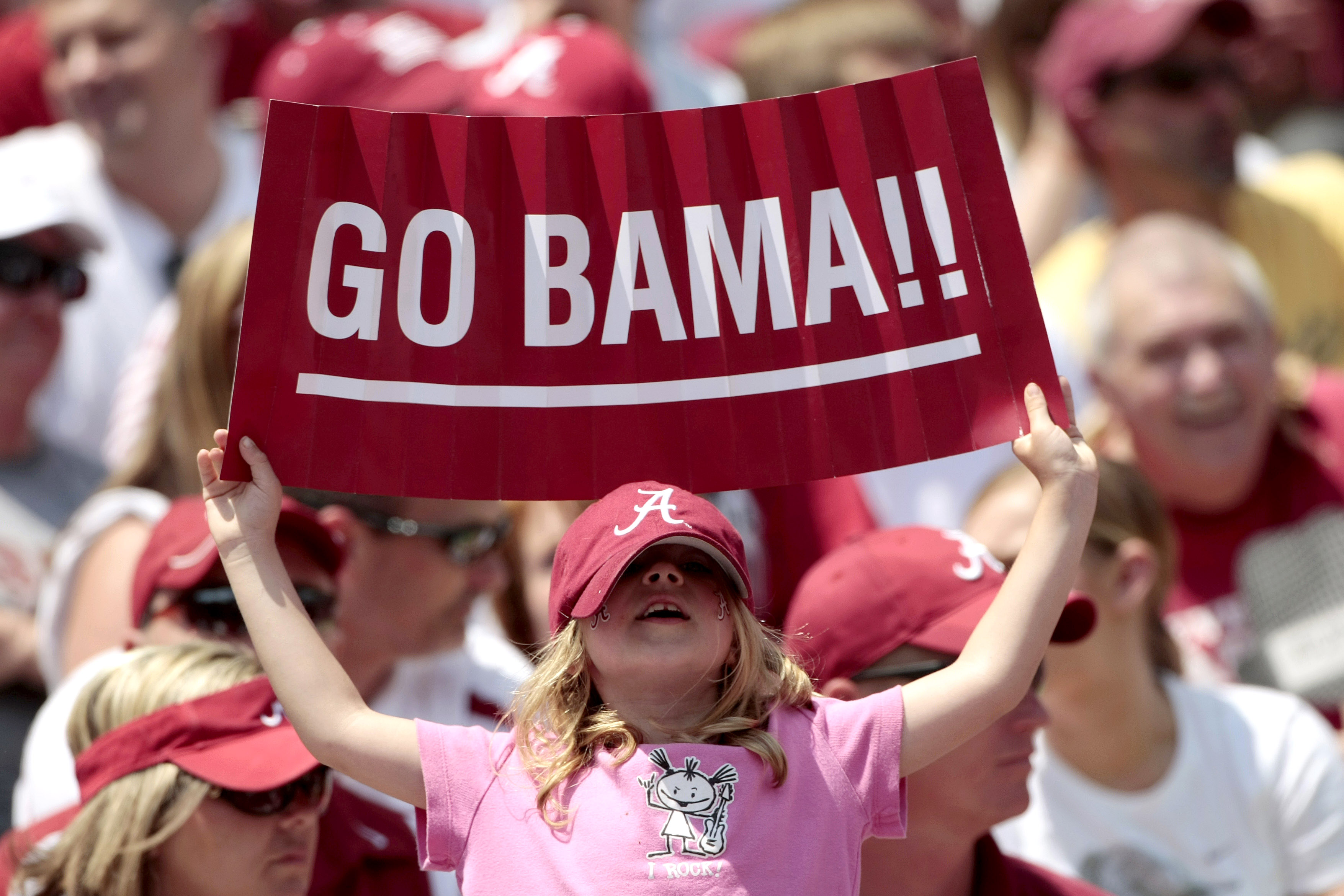 The most called for games that fans want to see sometimes never end up on the yearly schedule. Taking the teams that had the largest impacts this year and combining them into head-to-head match ups would leave the fans to make their own conclusions which some probably never even thought of before.

A lot of fans wish they could see these games happen, whether it be because of one team smack-talking the other, or just to see if their team could fare with the big boys.

Here are the top 10 games fans wish they could see! 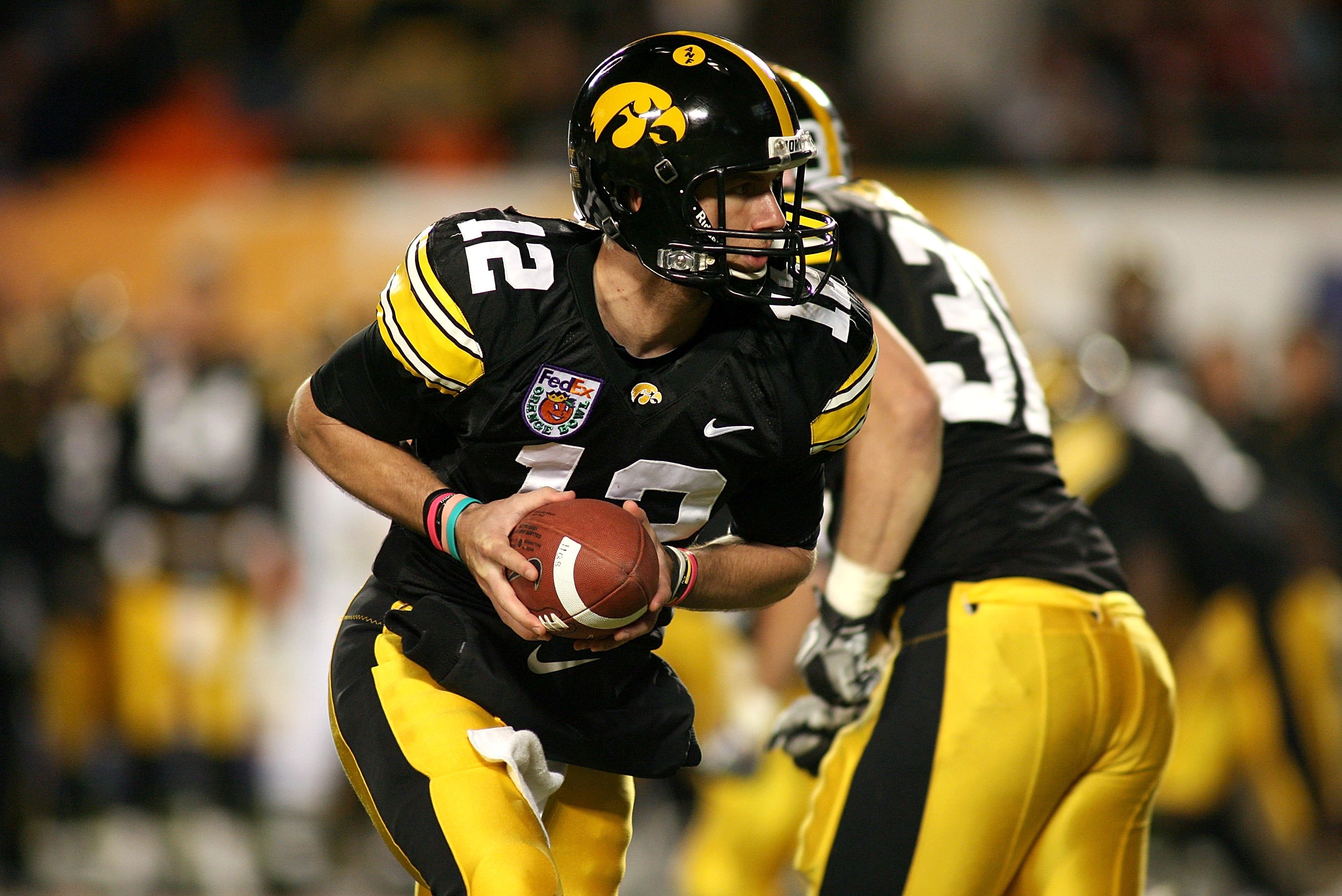 Iowa took a turn for the better this year, ending the season more positive than expected. Not many people had a clue that the Hawkeyes would finish the season the way they did. TCU, some say, is a "one-hit-wonder" type of team which had a very lucky break out year.

The Horned Frogs were a driving force in the BCS rankings this year, just making the top five at the end of the season. A game between these two intriguing teams would leave fans to make up their own mind about who would win this ball game. 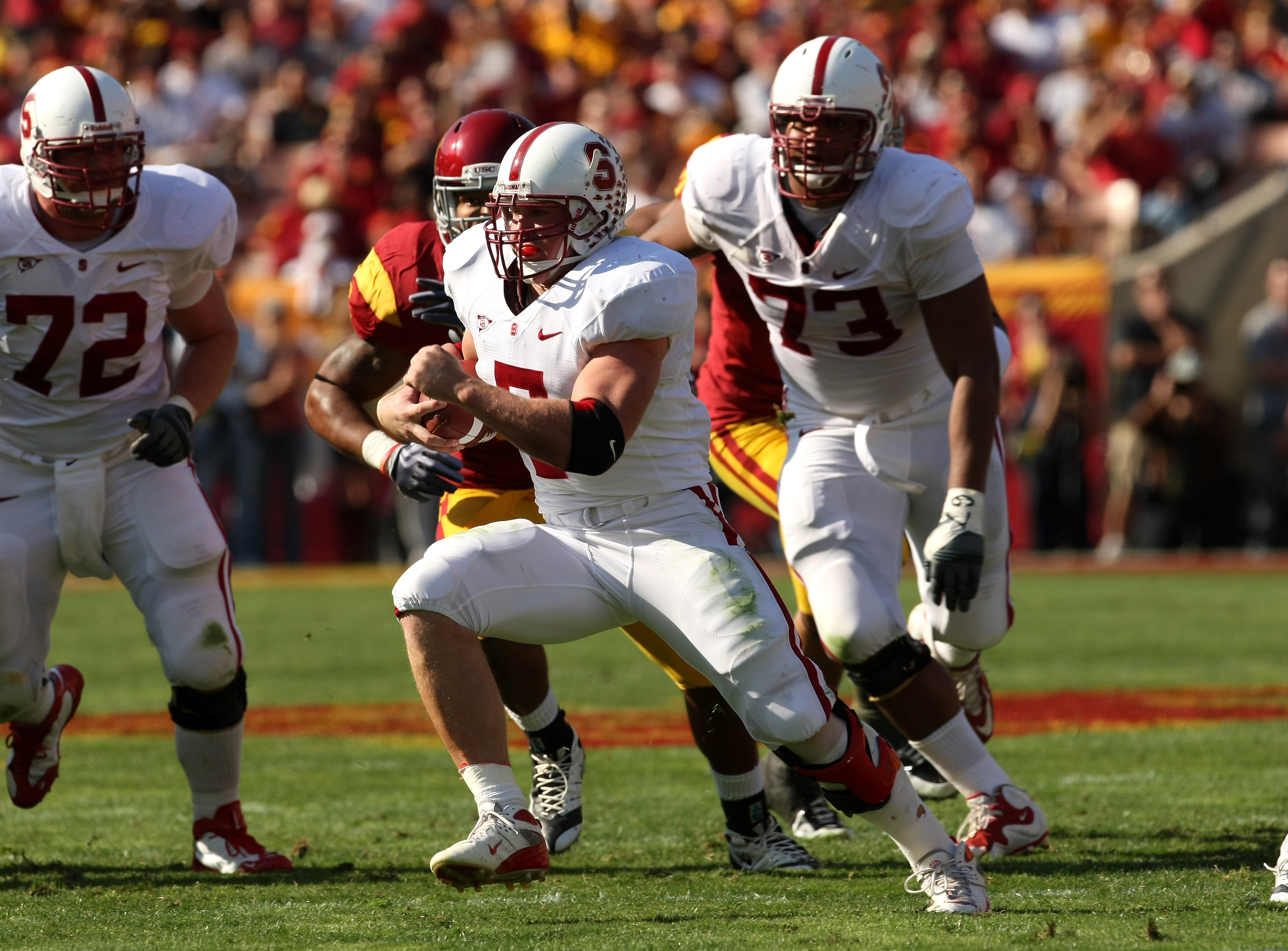 Auburn had a decent season, ending up in an unexpected bowl game which many fans did not see coming last season. The Tigers also fitted a new head coach into the Auburn family, Gene Chiznik. Coach Chiznik seemed to have put the team back on track, taking his team to a bowl game as his first season as head coach, in the near future we could see a great deal more from Auburn.

Stanford had a very successful season, which included Cardinal running back Toby Gerhart as a nominee for the Heisman Trophy. Their powerful running offense left most of Stanford's opponents in the dust. This battle would put Auburn's defensive strength against Stanford's hard running game, which should make for a very good game. 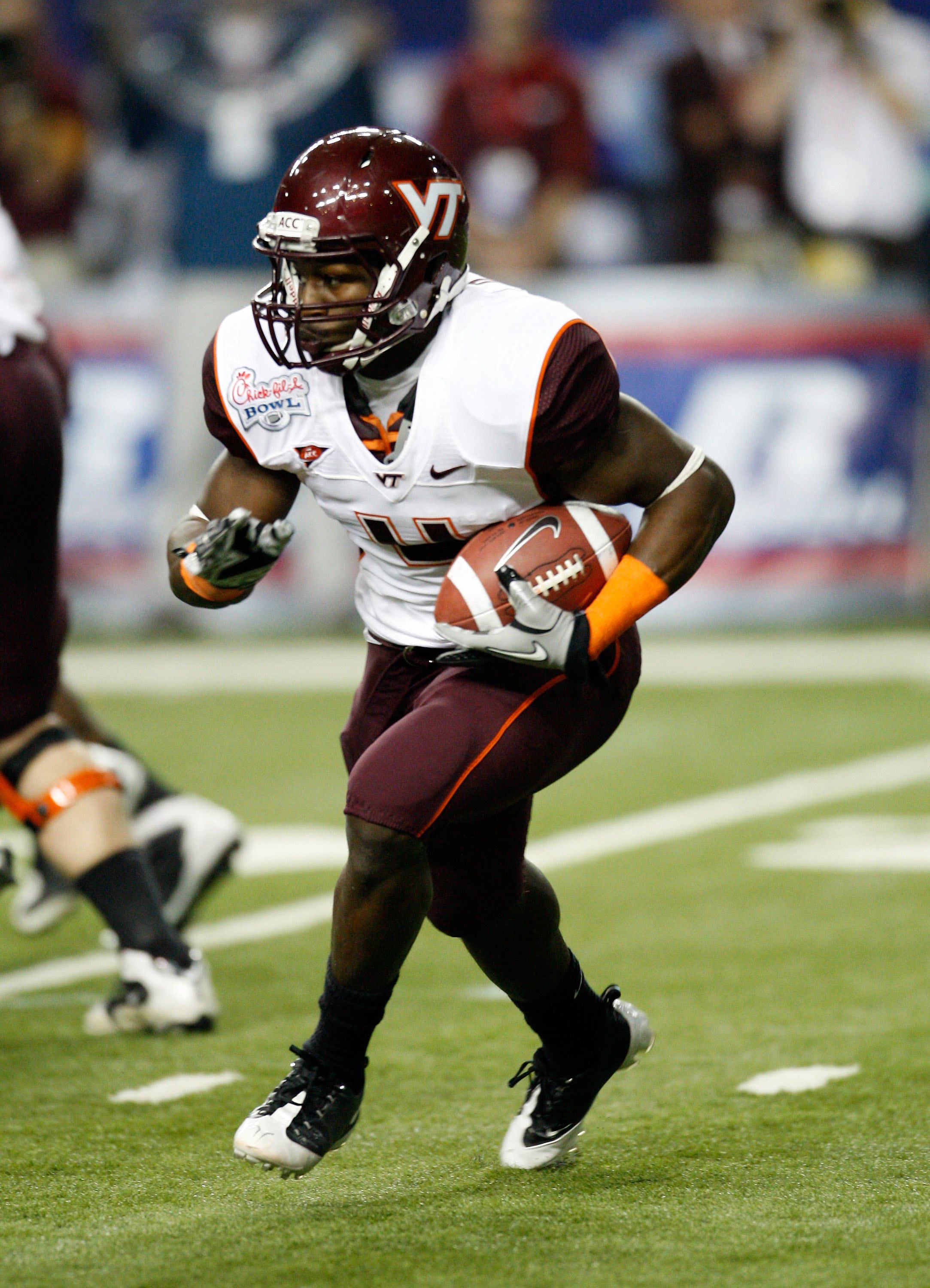 Virginia Tech once again was one of the top teams in the ACC and top 20 in the country. It is predicted that the Hokies will go on to win the ACC Championship in the 2010 season as well. With a very talented team, there is no reason why they should not succeed this year.

Texas Tech had a decent year, but with the Mike Leach scandal straight on their doorstep, it was very difficult to continue the season normally. Now, with former Auburn coach Tommy Tuberville at the helm, Texas Tech should be at the top of their game coming into this season. A matchup between these two teams could be on fans' minds later on. 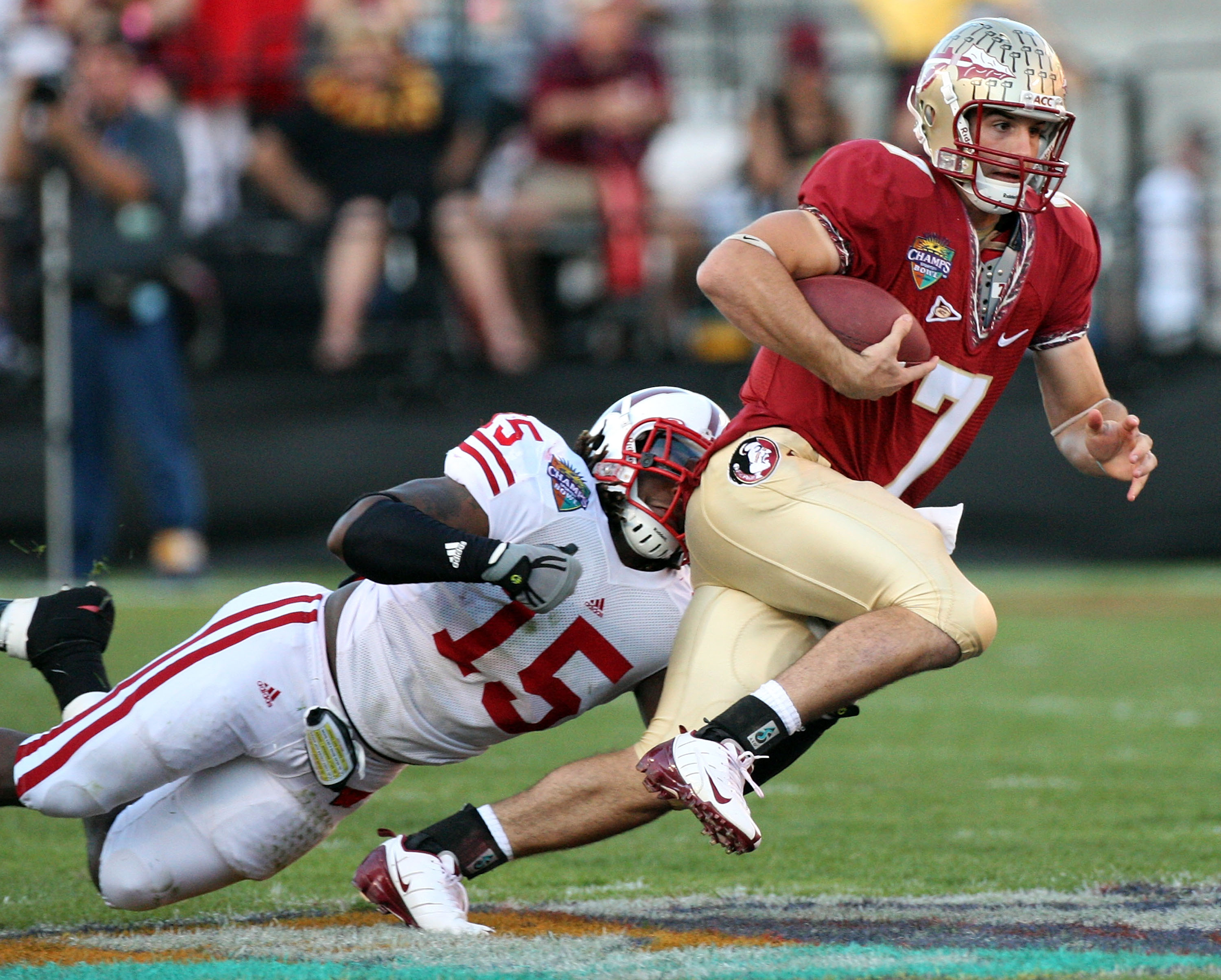 In the wake of Bobby Bowden's retirement, head coach Jimbo Fisher is rebuilding a once shining gem of a football team. Florida State claims 21 straight bowl game appearances, holding the record above any other Division I team. Competing against Notre Dame which claims the "pro-style" of play would make an interesting match up between a rebuilding ACC power house.

A night game at Notre Dame or at Florida State is something worth imagining. Two teams with two new coaches could spell a heightened competitiveness between both schools, which no one could anticipate. Notre Dame's Brian Kelly could make a huge turn around out of the mess Charlie Weis left, and Jimbo Fisher might possibly return FSU to greatness. 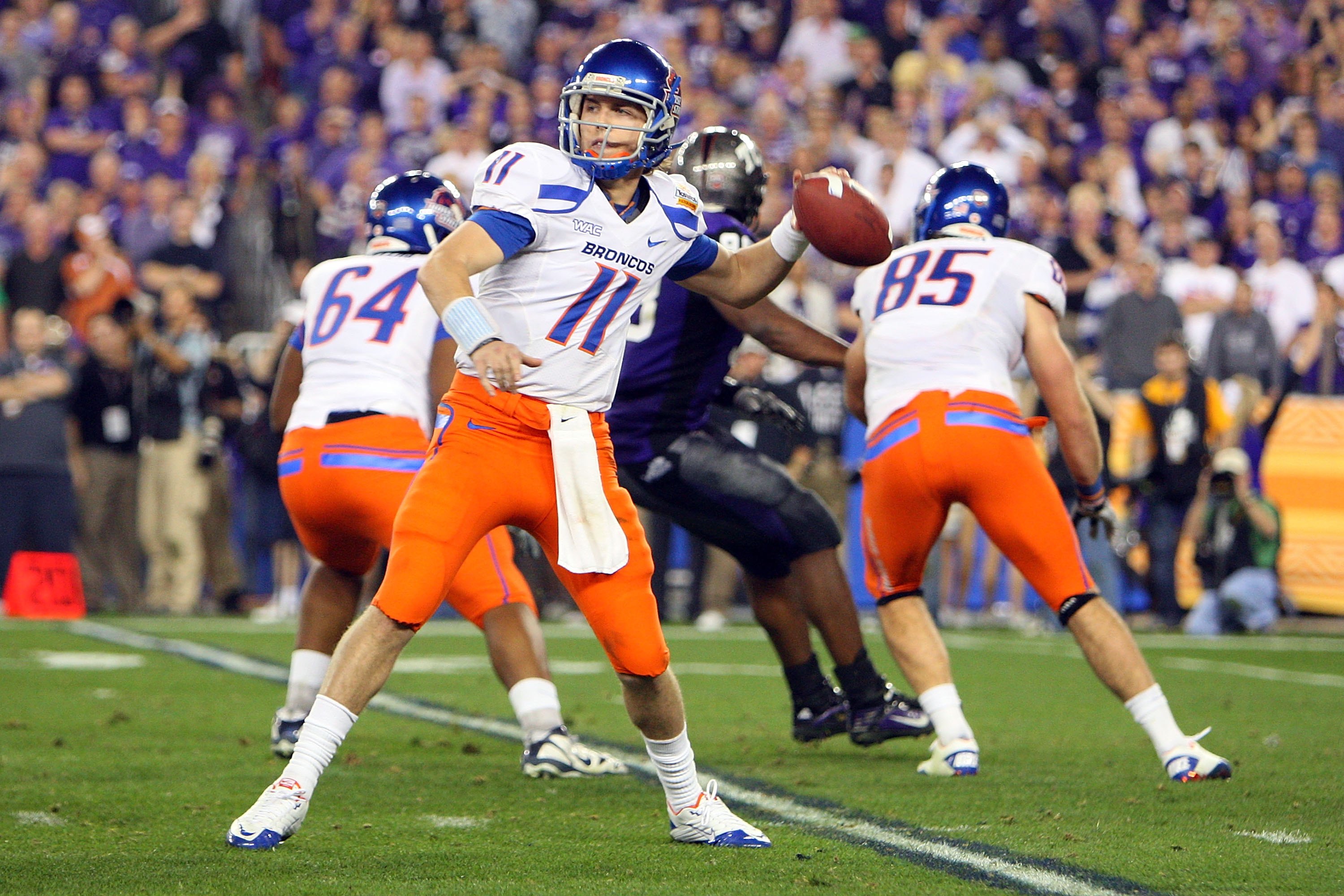 Boise State made yet another turn around in their season after their win in the 2009 season opener against Oregon, defeating the PAC-10 power house. With that, quarterback Kellen Moore was the fifth nominee for the Heisman Trophy last season and is currently one of the top in the race this year. With his throwing arm and fast-pace team, driving the ball down the field is a breeze.

Oklahoma lost Sam Bradford, but continues to keep high hopes for next season. Two years ago, they played in the BCS National Championship but fell short when Florida kept them out of the end zone. With a second-place team against a fast-pace Boise State, it should make for a thrilling passing game. 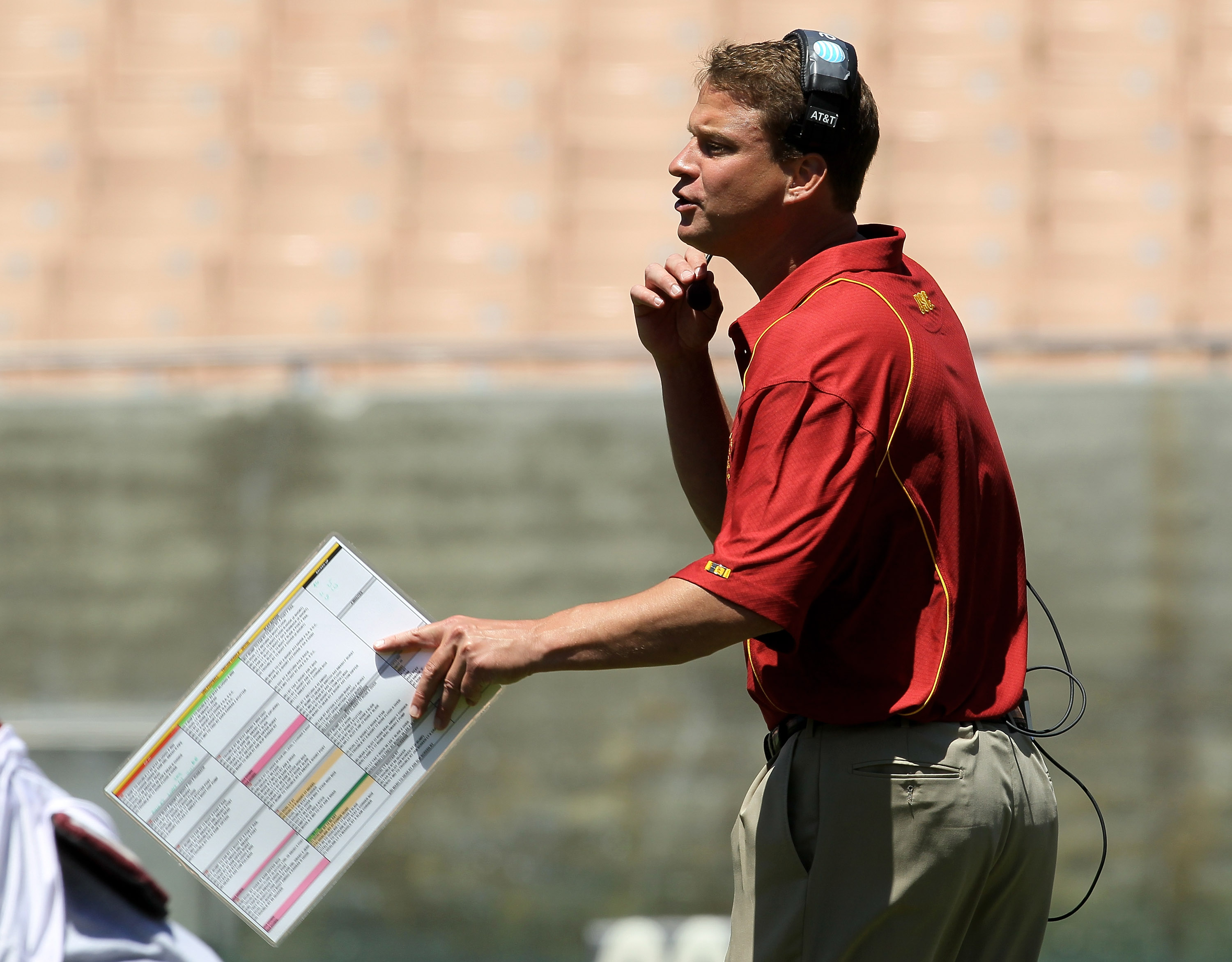 Lane Kiffin made friends with USC fans and enemies at Tennessee after he ditched the Volunteers for a cozy coaching job in Trojan country. This game would revolve around revenge from Tennessee, and it would be a nasty match up at that.

With the sanctions from the NCAA regarding USC's 2004 National Championship winning team, defeating the Trojans in Los Angeles would put the icing on the cake for the people of Knoxville. 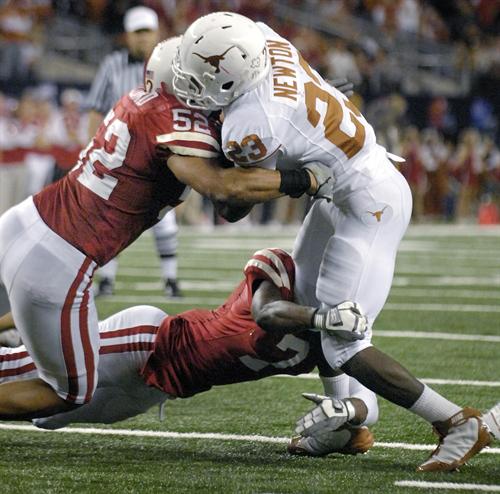 Some say that Nebraska should have beaten Texas the game before the BCS National Championship. If that happened, we would not have seen Colt McCoy and the Longhorns in Pasadina. Nebraska was a highly talented team last year with an excellent defense which would match up against Alabama's offensive line very well. Comparing both defenses, they are both top-notch, but Alabama has the upper hand in the back field.

Nebraska's defensive line would surely put extreme pressure on Alabama's Greg McElroy, which could force him to throw into coverage as a last ditch effort. In any case, the outcome is unknown. 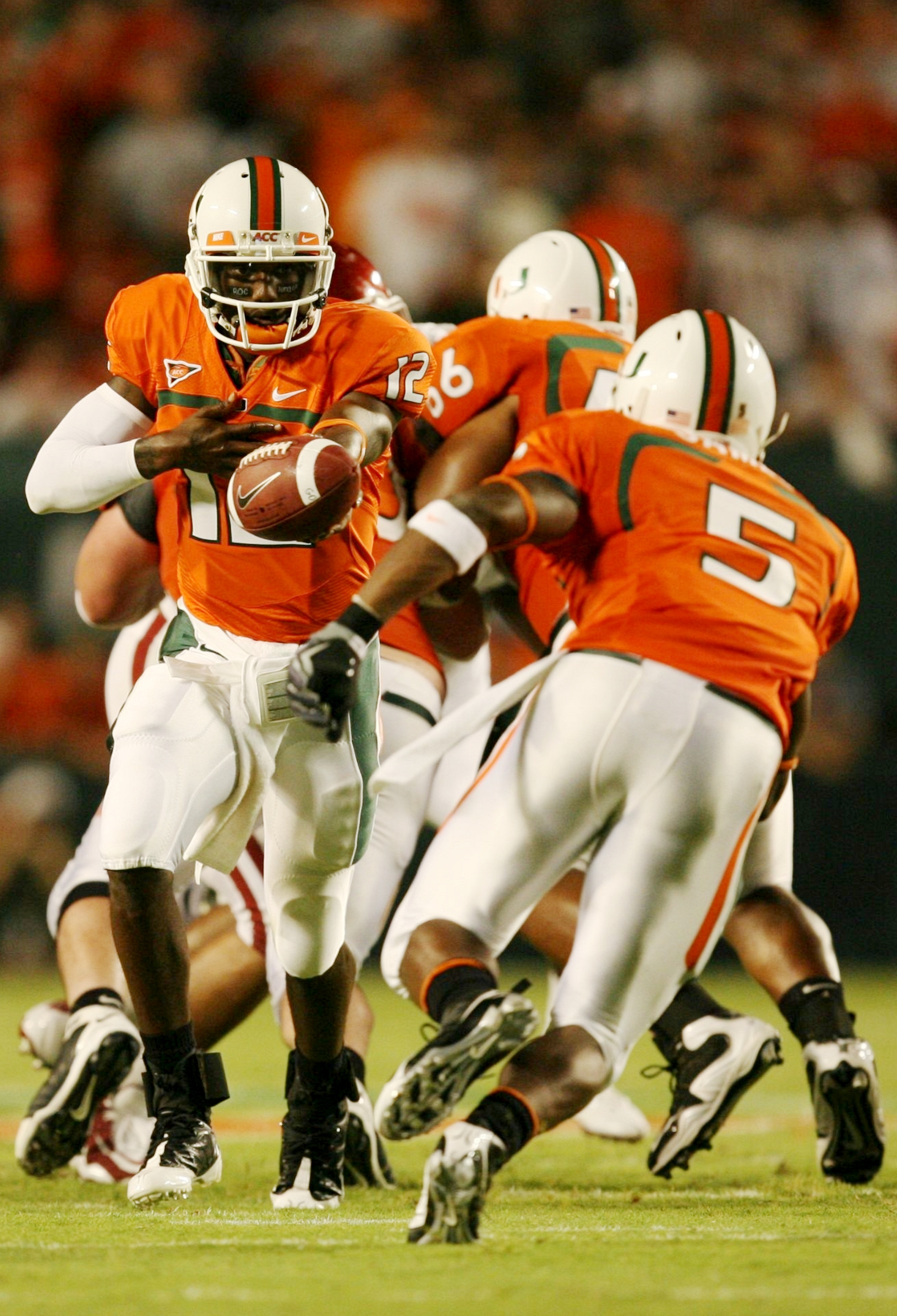 The legendary "U" versus "The" Ohio State University spells out competitiveness on all levels. If the Hurricanes ended up playing in Columbus, it would positively make for the fantastic game. Miami made huge progress last year that almost led them to the ACC Championship game.

Ohio State, as usual, will be ranked in the top 10 in the preseason once again. It would no doubt make for an interesting game. 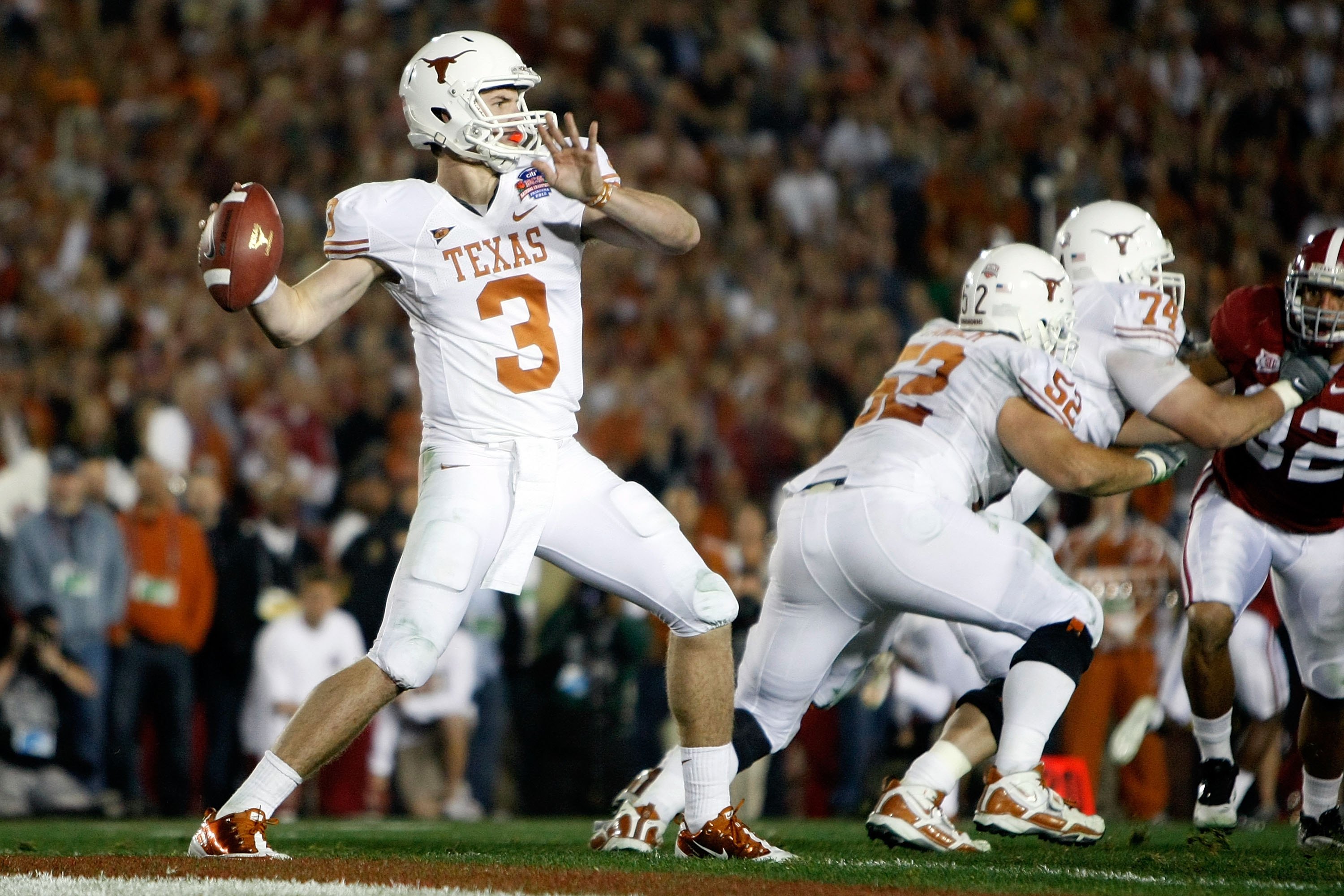 We could have very well seen both these teams match up in the 2009 BCS National Championship in Pasadena. Texas and Florida are two high-caliber teams that could make for a fantastic football game if they play each other.

It's up to fans to dream of an outcome for this game, but with the excellent job selecting the recruits for this year, it's possible these two teams might meet for the first time. 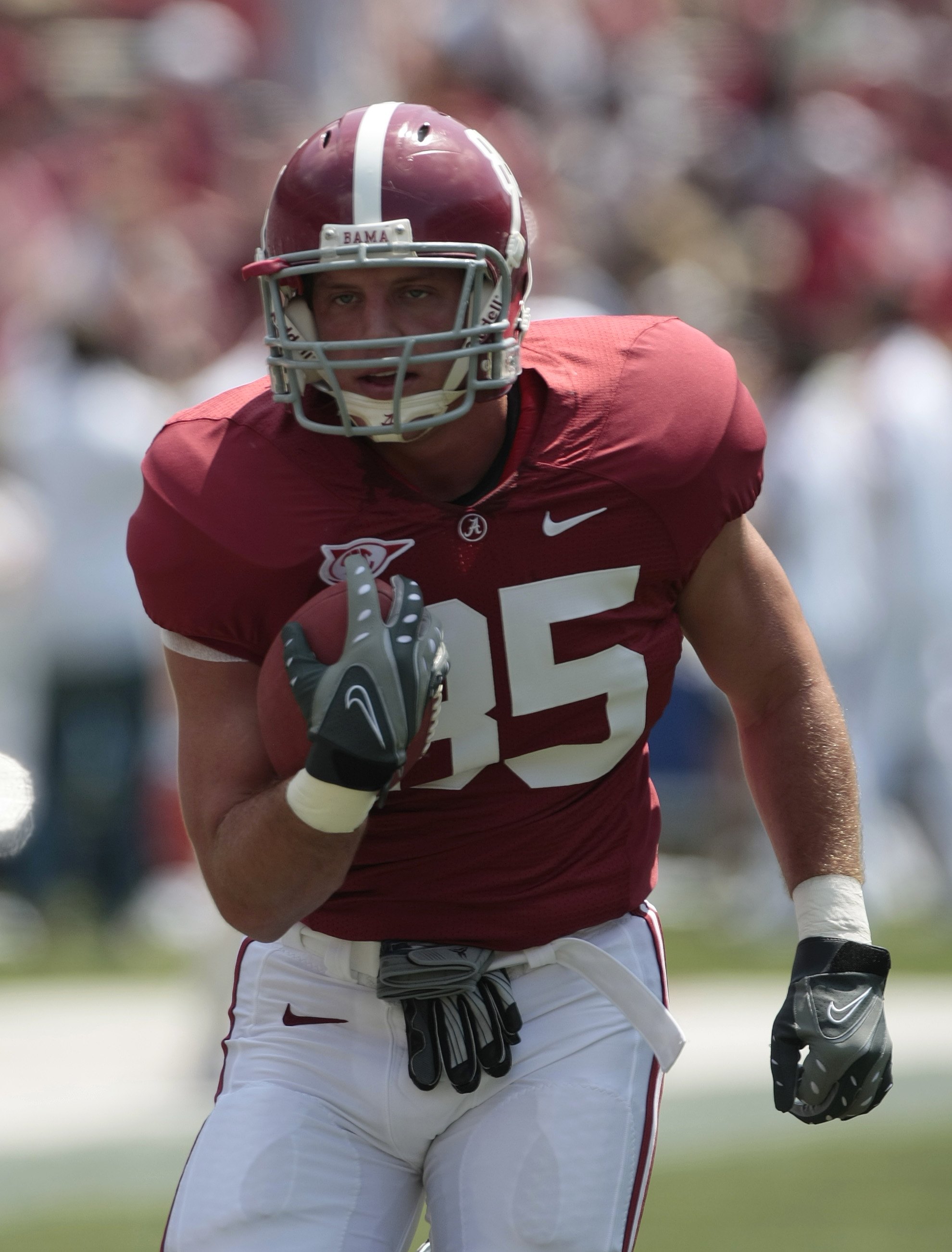 Amongst all the smack-talk between these two teams, it's time to say "put up, or shut up."

There is just something about mixing Alabama and USC into one game that spells out beat-down. Both teams have extensive histories in their conferences that are just waiting to be shattered in one game. God help the team that loses.