Top 12 MLB Players at Each Position in the Game: Catchers 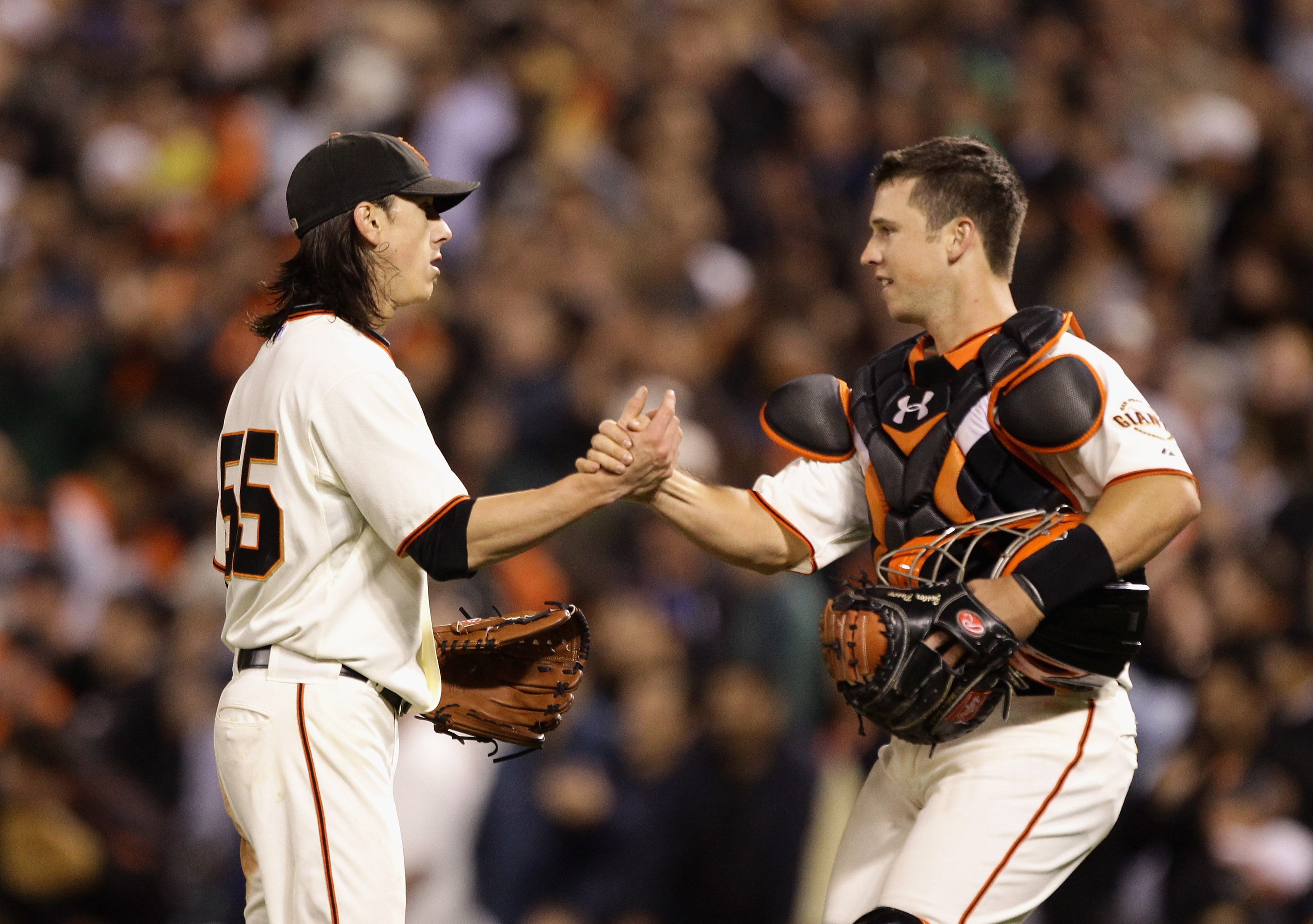 Which young players are stepping up into stardom? Who's having a down year or playing too long after their prime?

Over the next few months as we approach the end of this season and look toward 2011, follow along as I give an in-depth analysis of the top 12 players at each position in the game.

With the first installment of this ten-part series, I will introduce the top 12 catchers in the game. Offensively, it is the worst position in baseball, making it tough to rank. You don't know who's going to put up solid numbers from year to year.

Starting the rankings off at number 12... 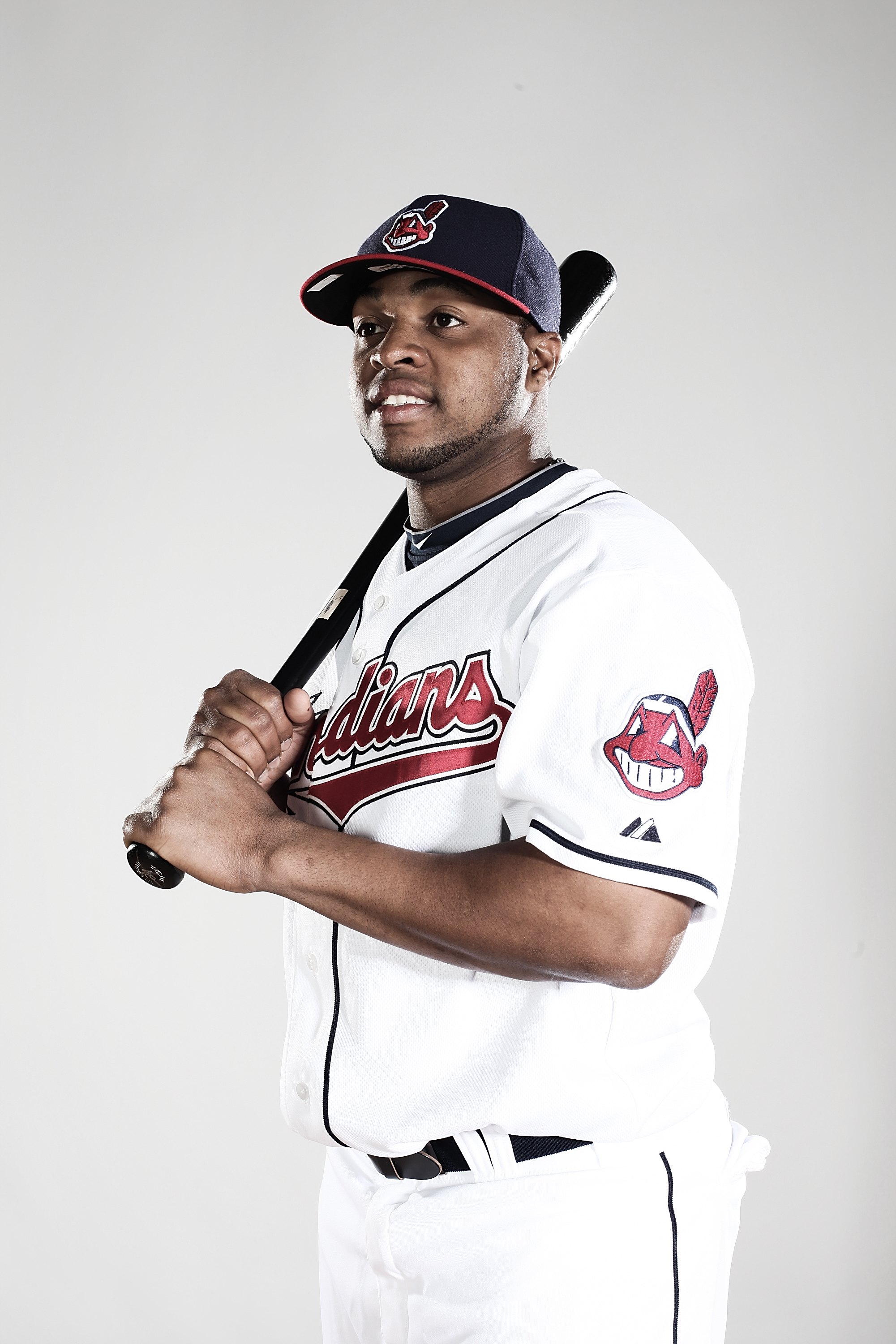 Carlos Santana made his MLB debut on June 10 after hitting .316 with 13 home runs and 51 RBI in 57 games for the AAA Columbus Clippers. He was signed out of the Dominican Republic by the Dodgers in 2005.

Entering this season, Santana was rated by many as one of the top 10 prospects in baseball. So far he hasn't disappointed. After his first 10 games in the majors, he has stepped right into the three spot in the batting order, hitting .353 with two home runs and 10 RBI.

Santana is also a solid defender. He has good hands behind the plate and a solid arm.

The main reason he was ranked higher than several decent veterans is because he projects into one of the top hitting catchers in the game. His batting average may not hover around the .300 range early on in his career, but he will hit for good power.

Expect him to put up solid stats for the next 10 to 12 seasons. Victor Martinez and Brian McCann both started putting up big numbers at the same age of 24. 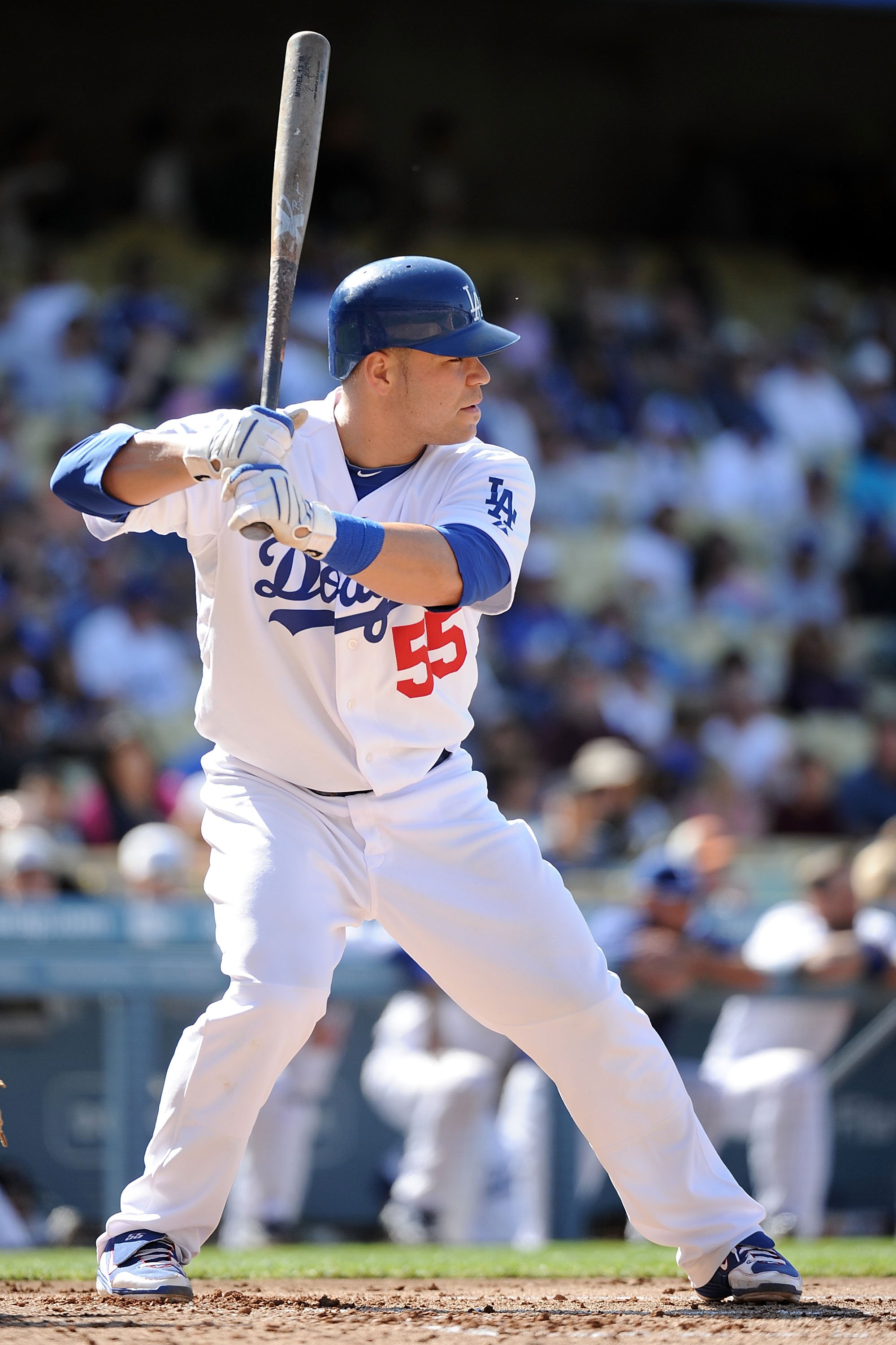 After three major league seasons, it looked like Russell Martin was quickly becoming one of the top offensive catchers in the game. He was a .280 hitter, and averaged close to 15 home runs and 75 RBI.

One and a half seasons later, his numbers have taken a big dip. He's seen a drop all across the board in offensive stats. However, Martin is only 27, so there's a good chance he will bounce back to previous form.

One thing that sets him apart from other catchers is his base running ability. No one will ever mistake him for the fastest guy in world, but he can swipe some bags.

Defensively, Martin is pretty solid. He calls a good game, does a solid job at protecting plate, and has a descent arm. In 2007, he won the National League Gold Glove Award.

Overall, Martin still has a few solid seasons left in his tank. He is in his prime right now, and brings more to the table than just hitting. 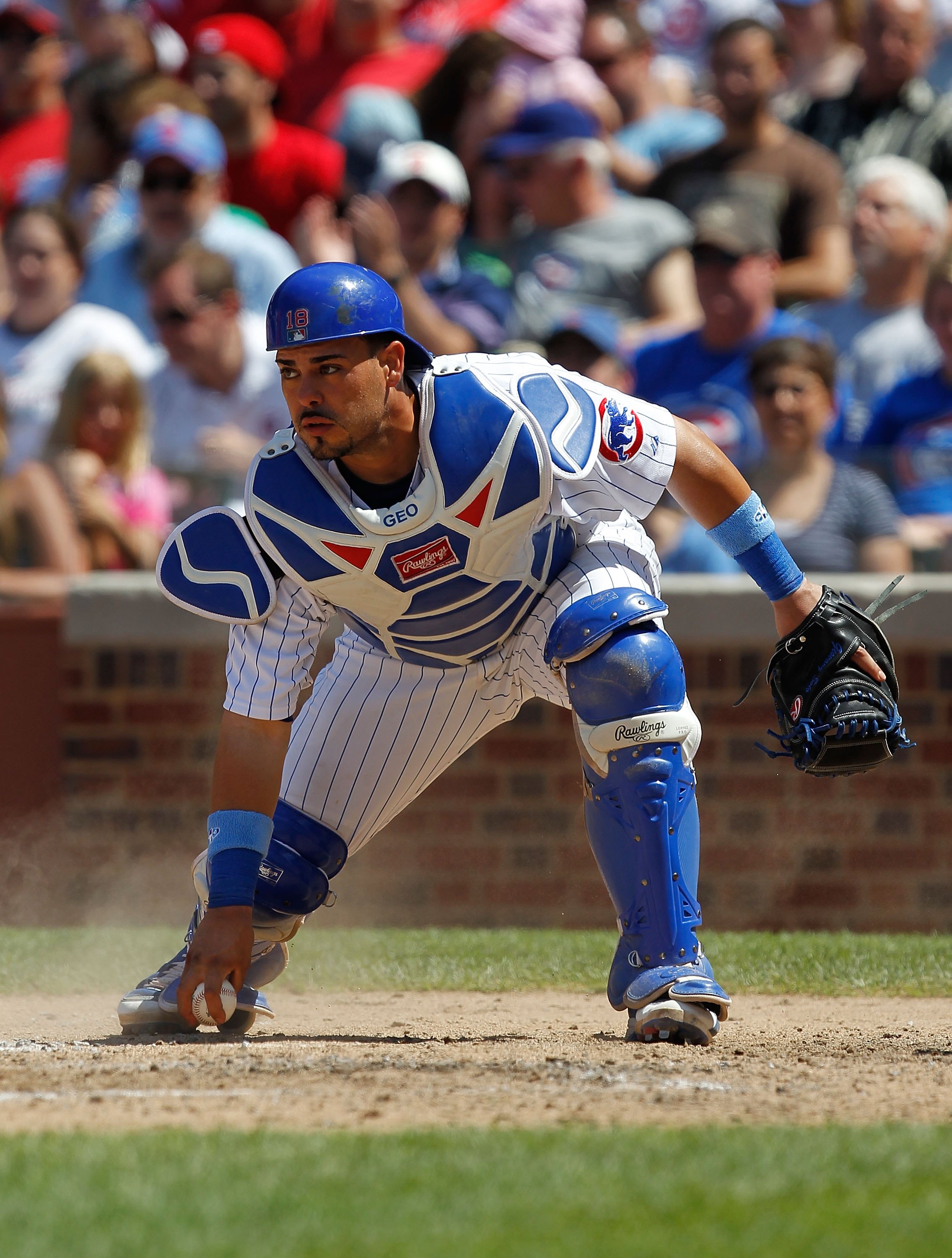 From the looks of things, it's working.

Soto hit .285 with 23 home runs and 86 RBI in his first full season in the majors. The next year his numbers declined greatly as he hit 12 less home runs and batted 70 points lower.

This season, Soto looks like he is back in rookie form. His batting average is a respectable .265 and he is on pace for over 20 long balls.

Defensively, Soto is very good. He has solid all-around skills and is a natural behind the plate.

For the next few years, look for Soto to continue being one of the top hitting catchers in the National League. 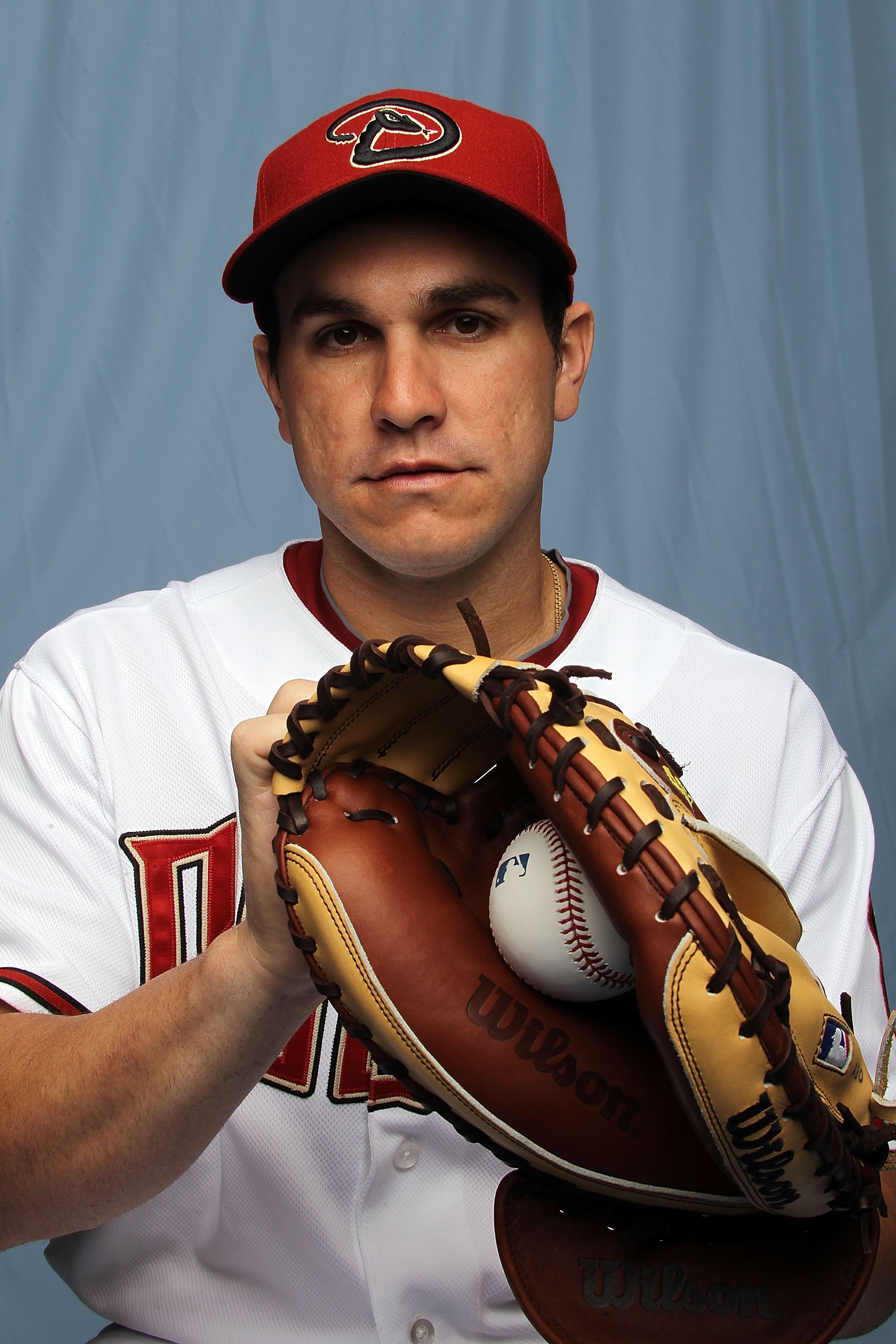 If you haven't been following Miguel Montero, he came into the year with huge expectations. In the second half of the 2009 season, he was one of the better hitters in baseball, batting .316 with 39 runs, 11 home runs, and 40 RBI.

Montero started this season just as hot, but tore the meniscus in his right knee after several games. When he returned from the DL on June 12, he immediately picked things right back up and looked to be in mid-season form.

Defensively, his glove is good, but his arm is average. He will never be mistaken for Yadier or Pudge behind the plate.

Currently, Montero is one of the top young catchers in the game. He is 26 years old and just entering his prime. Look for him to improve at the plate in each season for the foreseeable future. 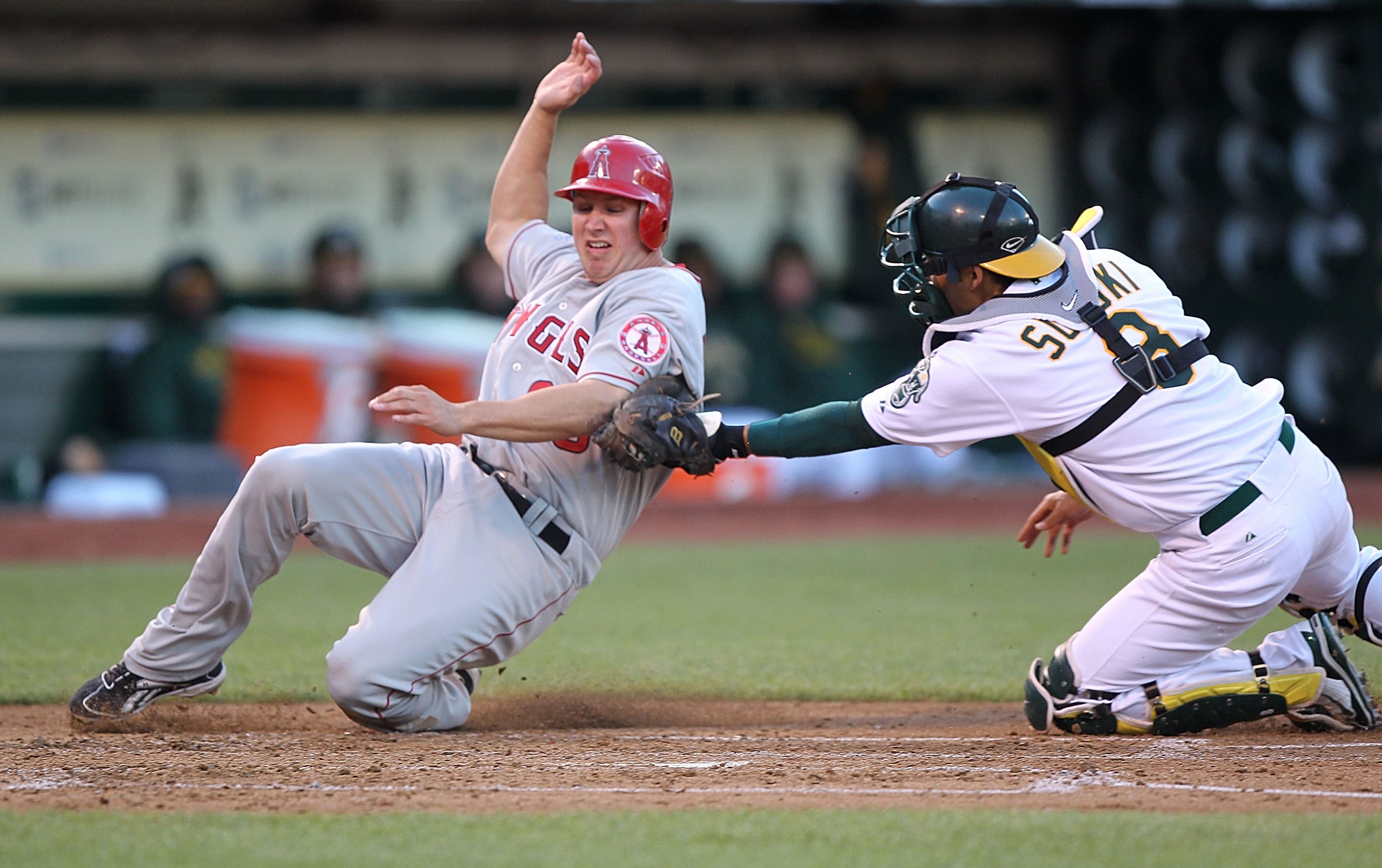 This Guy has quietly become one of the top catchers in baseball. Last year, during his second full season in the majors, he hit a solid .274 with 15 home runs and 88 RBI.

Despite spending time on the DL, Suzuki is on pace to surpass his home run and RBI totals from last season.

Defensively, he is one of the best in the majors. He calls a very good game from behind the plate and controls the base paths with his rocket arm.

At 26, Suzuki is just entering his prime. His offensive numbers should improve a little bit each season, making him a future All-Star candidate. 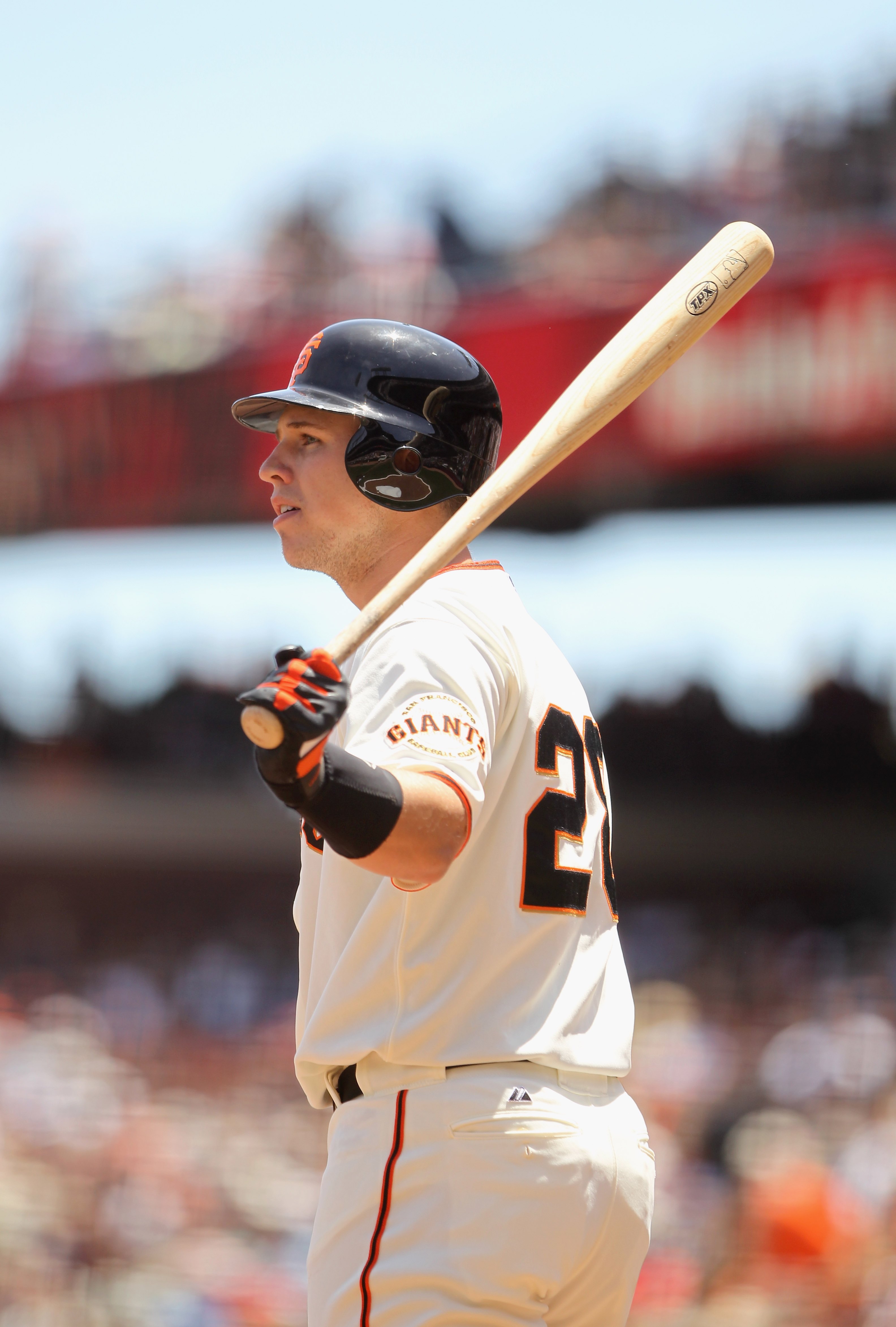 Buster Posey was the fifth overall pick in the 2008 Amateur Baseball Draft. He was also ranked as one of the top 10 prospects in all of baseball.

At the beginning of this season, he started back down at AAA Fresno, but was called up a few weeks ago after hitting .349 with six home runs and 32 RBI in 47 games.

Defensively, he has a very good arm and glove.

At 24, Posey is a line-drive hitter that will develop a power stroke. He should be one of the top hitting catchers in the game for over the next decade. 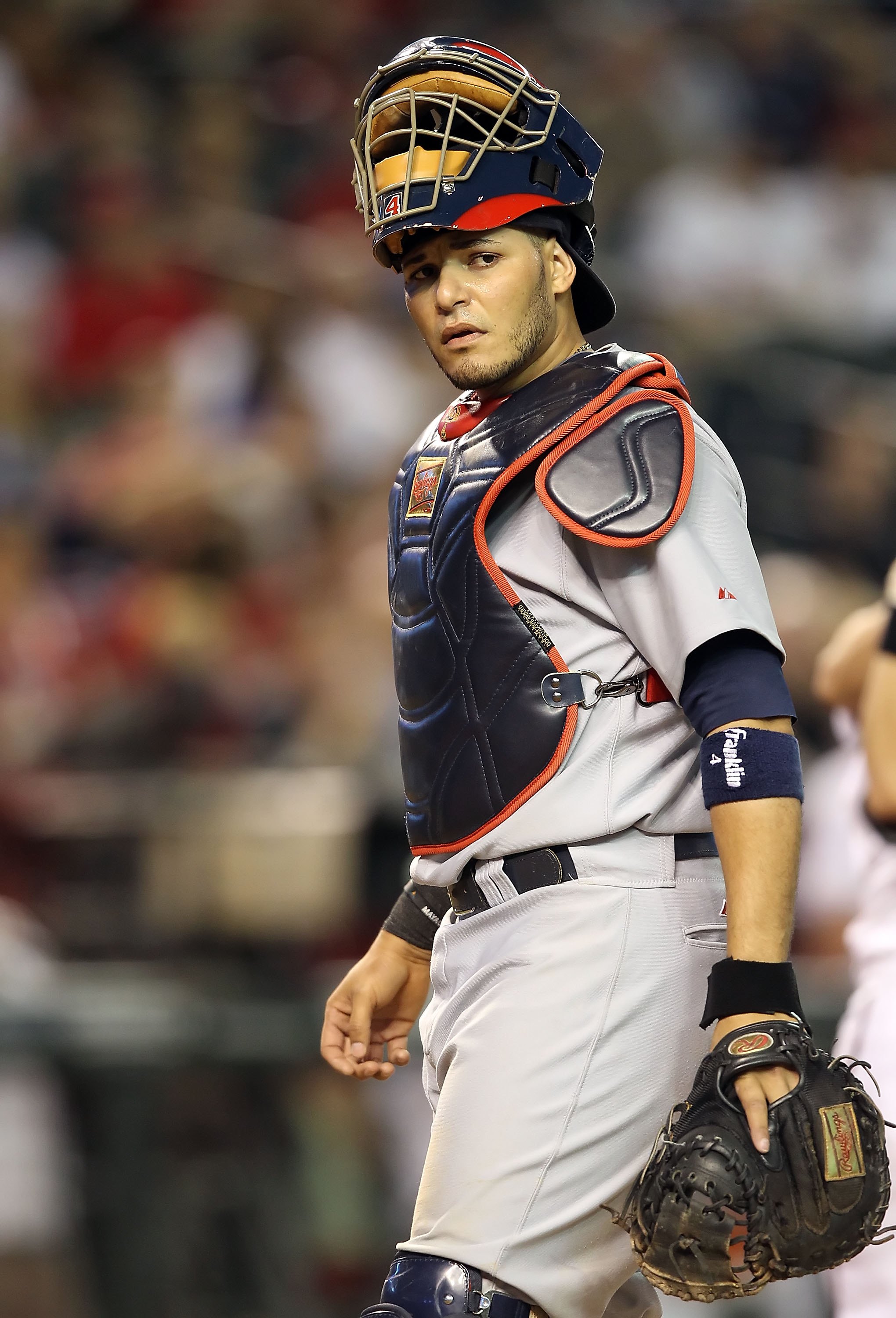 As the best defensive back stop in the game, I gave Molina the nod at No. 6. He has an absolute cannon for an arm, throwing out 50 percent of all base runners attempting to steal in his career.

Despite a dip in offensive production this year, Molina makes pretty good contact with the ball. Over the last two seasons, he has quietly hit .298 and averaged 55 RBI.

At 27, Molina is in the prime of his career. His defense is so great that it more than makes up for any offensive short coming he has. 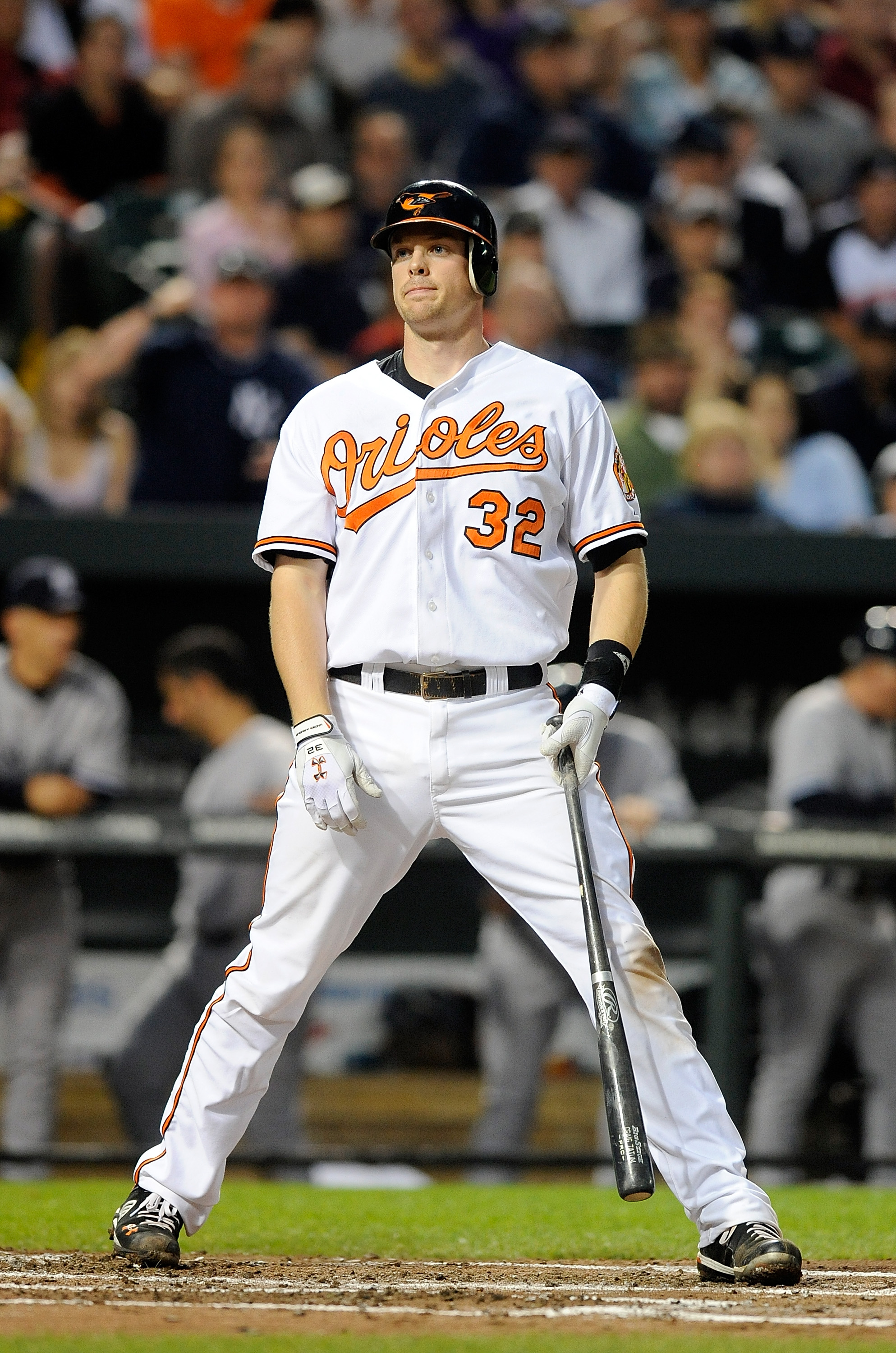 Matt Wieters was almost ranked lower because of his early season struggles at the plate, but I had to take into account the fact that he's probably the second best catching prospect of the last decade. Plus, He had a solid 2009.

Offensively, he has many of the same qualities as Joe Mauer. Both are 6'5” with a smooth stroke. And until Mauer's home run explosion last season, many thought Wieters would project into the better power hitter. Some referred to him as “Joe Mauer with power.”

Defensively, Wieters is all ready one of the game's best catchers. He is solid behind the plate with one of the strongest arms in the league.

Within the next two to three years, he will continue to improve at the plate and live up to the hype. In a few years, when he finally reaches his potential, he could challenge for the top spot on the list. 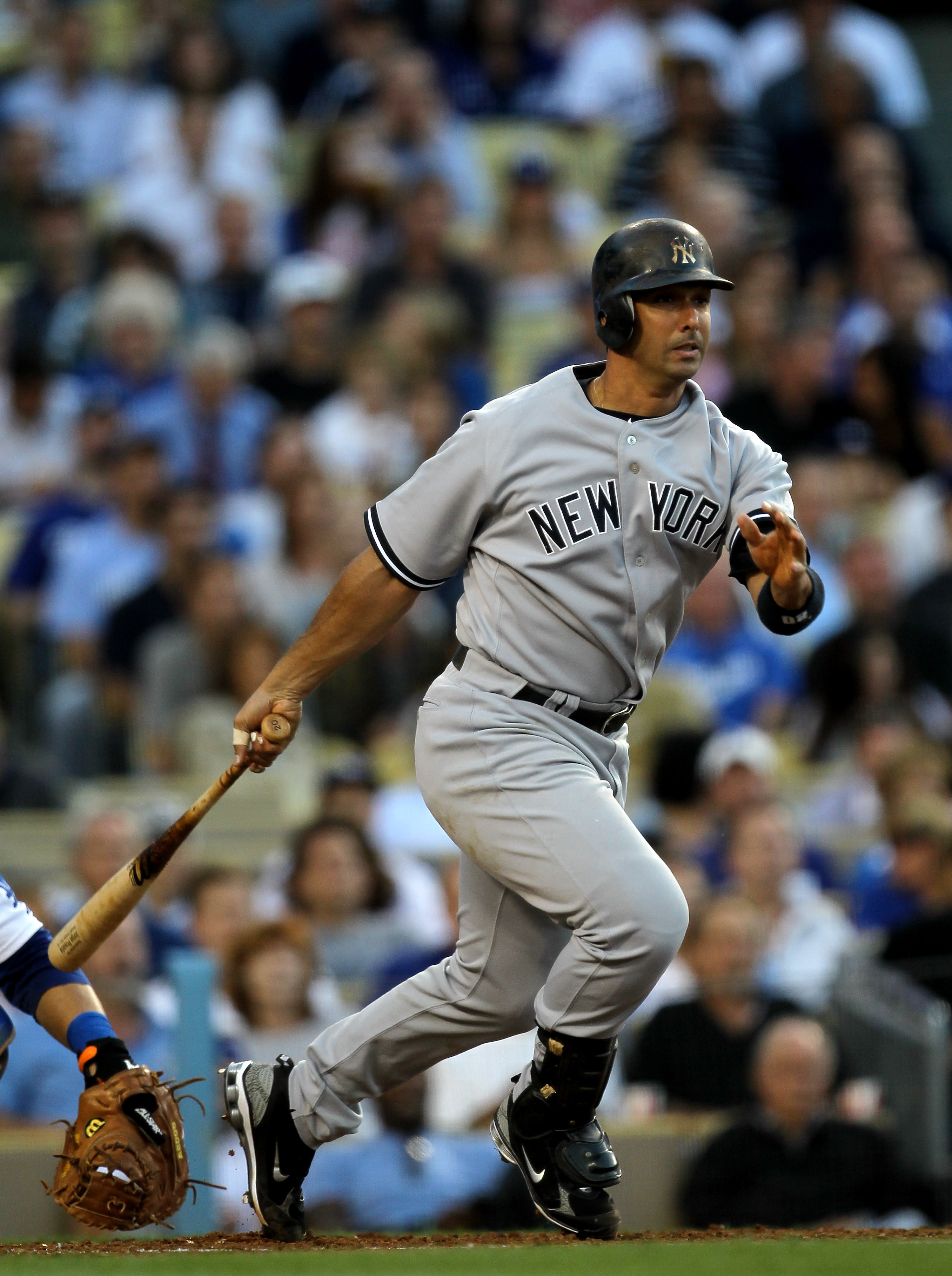 By the time Jorge Posada retires, he should be one of the top 15 catchers to ever play the game. Over the course of his career, he has amassed a .278 batting average with 252 home runs and 1,000 RBI.

At 38, we have been waiting a few years for Posada to stop producing at the plate. However, it doesn't look like it will happen too soon, as he is again putting up another solid campaign. Coming into tonight's game, he is batting .280 on the season with nine home runs and 33 RBI.

If there's one part of his game that has declined, it's defense. This season his play behind the plate is at an all time low. However, over the course of his career he has been a solid, yet unspectacular defender.

I don't know how much longer Posada is going to keep on playing, but I can guarantee that he will continue to hit as long as he does. 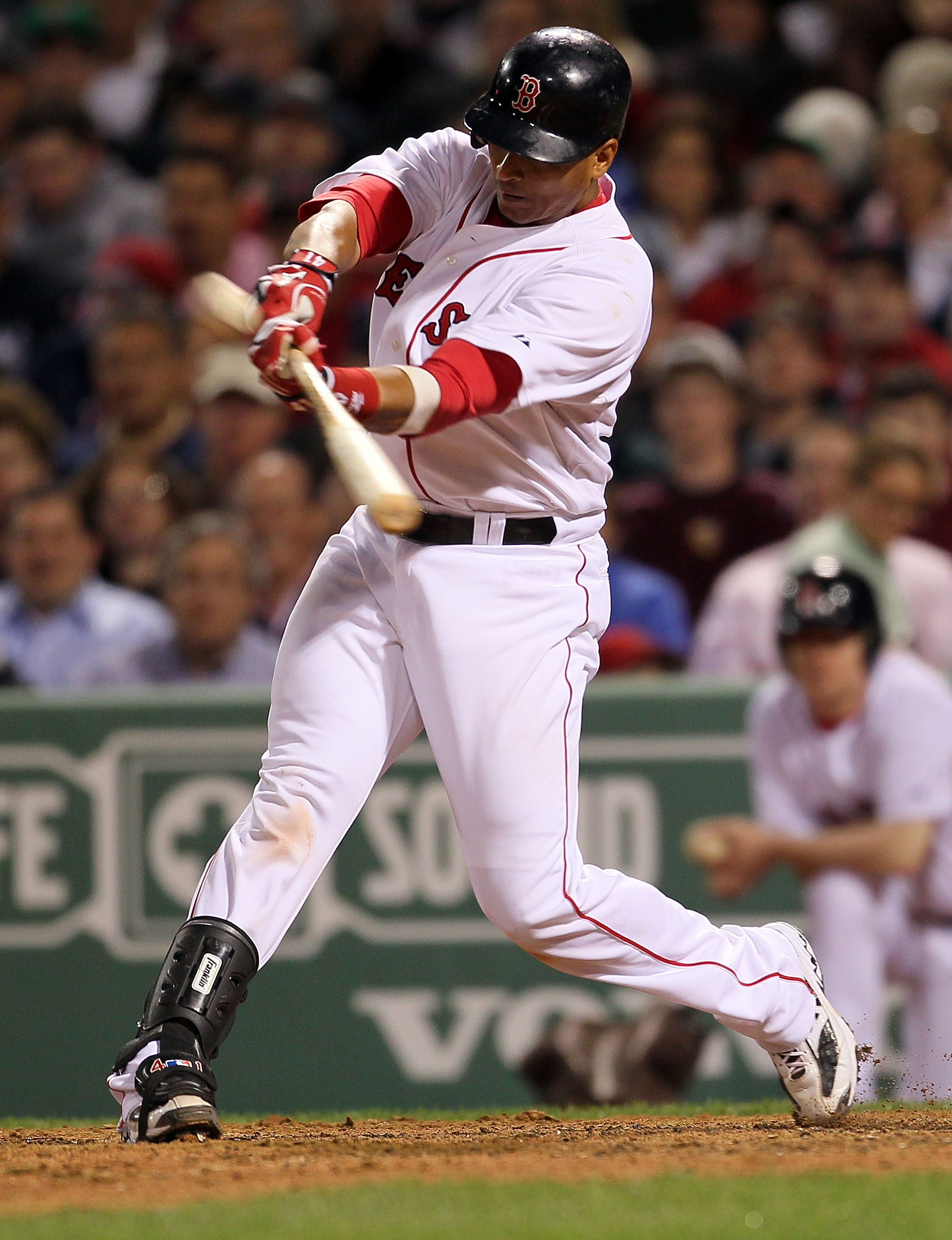 Victor Martinez is one of the top three offensive catchers in baseball. He has a .300 career batting average, with nearly 20 home runs and 100 RBI per season.

Defensively, however, he is a liability. Only Jason Varitek had a worse caught stealing percentage last season. As a result, Boston will occasionally start him at first base.

At 31, Martinez has reached his full potential. He is in his prime and should produce several more solid seasons at the plate. 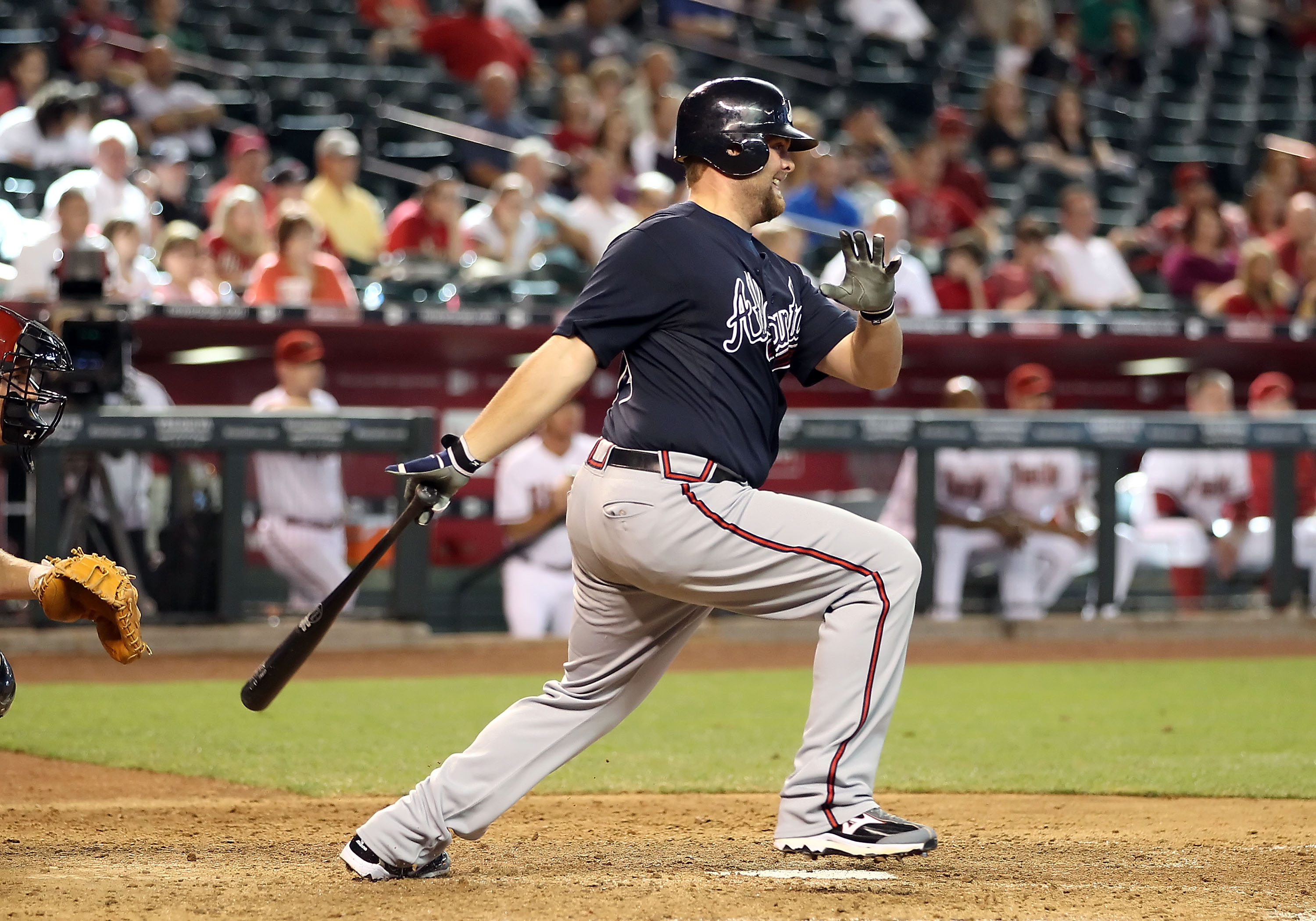 This pick was hard. I almost gave the nod to Victor Martinez. Both are great hitters and have very similar career career stats.

McCann eventually got the edge because he is five years younger and much better defensively. At just 26, he holds a .290 career batting average, with close to 20 home runs and 90 RBI per season.

For the next decade expect similar production. He is entering his prime. 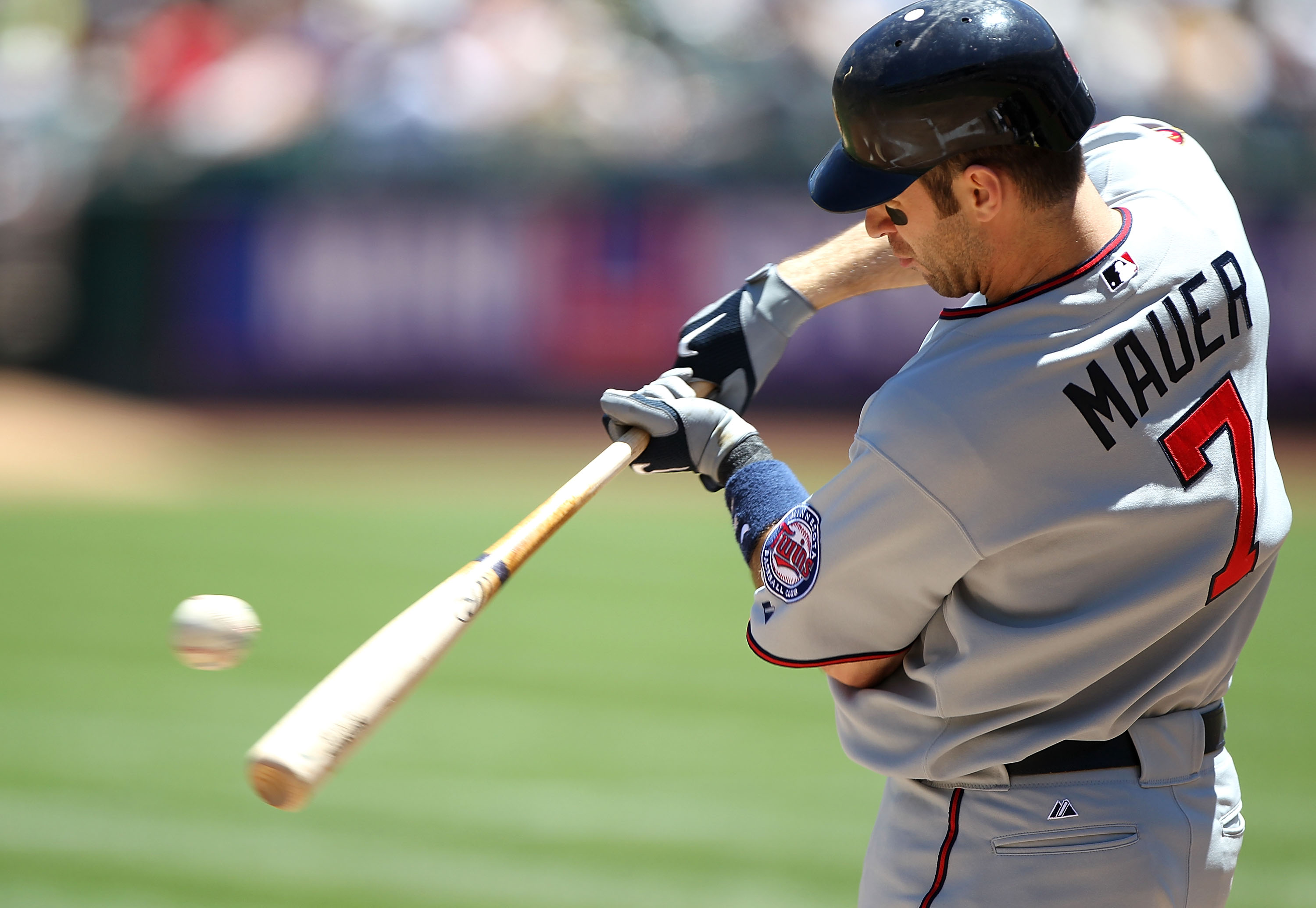 Joe Mauer is the best catcher in baseball and only getting better. At 27, he has already won three batting titles and the AL MVP award.

Defensively, Mauer doesn't have the strongest arm, but he has won two Gold Gloves.

In the future, look for Mauer to make many more all-star appearances and possibly win another MVP award or two.

—Please join me again in a few weeks as we go over baseball's top first baseman.