We, the Detroit Lions fans of the Nation, have endured a decade like no other in the history of professional football.

We have seen our team break the record for consecutive road losses, and seem poised to challenge that mark again. We have witnessed an unprecedented 0-16 season, and have endured more than our share of mismanagement, bad luck, and outright decrepitude, while posting the worse record in the league throughout the new millennium.

And though we'll admit that fan support has waned, and in the last two years the stadium has not always been filled, it's also fair to point out that many of us have had to make very hard decisions about how to spend our money in the most depressed economy in the nation, and winner or no, professional football had to take a backseat at times.

Unfortunately around the league many have taken the opportunity to spat on us, decrying our Thanksgiving day tradition, ridiculing the city of Detroit, making light of our circumstance, and having the temerity to call us "bad fans."

But even in the midst of the turmoil, most of us are still here, still passionate about our beloved team, and still looking toward the future with great hope.

We love the Lions and always will.

Proof of that can be observed on the very pages of Bleacher Report, this online forum for sports fans to have their say, where we analyze the potential of the current roster, surmise about the team's greatest needs, and agonize over their many defeats.

We keep the idea of Detroit Lions football alive and burning, hungry for some success perhaps, but mindful of the greatest ideals of competition: perseverance, loyalty, and commitment to something larger than yourself.

We've been tested, you see, but have refused to fold.

And there's one man who is more responsible than any for keeping that hope alive, and you've probably heard his name before.

Or just Barry in the state of Michigan.

And though Mr. Sanders is largely recognized as one of the greatest running backs of all time (we say THE best), around here he represents even more.

Around here, for those of us old enough to remember his glorious years in the NFL, he burns as a beacon, and an ever-present reminder that greatness can bloom in Detroit.

Success can bloom in Detroit.

Respect can bloom in Detroit.

Around here Barry Sanders is a name that is whispered, and to the young he's a bed time story that plants the seeds of fandom, spreading roots in a soil more fertile than they've experienced in their formative years.

And at risk of proclaiming something overly grandiose, it might not be too far from the truth to say that Barry Sanders saved a generation of Detroit Lions fans.

He's the rock upon which modern day fans plant their flag, and he remains the foundation from which we hope to build our legion into the future.

We by no means live in the past, but we relish it, and use it to fuel our optimism in the present.

But even the most steadfast of us could use a little reminder every now and again, and herein lies the point of our request.

We, the long suffering but steadfast citizenry of the Detroit Lions Nation, humbly request an NFL production highlighting the Barry Sanders years.

At this point the definitive collection does not exist, and though there is one to my knowledge that has been produced, it covers a scant portion of his career, is largely inaccessible, and could use updating both in the breadth of coverage and in the use of modern day technology.

I can't think of a more exciting assignment for anyone in your video department.

And though the task might seem daunting, given the sheer number of breathtaking plays incurred during Barry's incandescent ten year NFL career, this is also what would make it such a rewarding enterprise, and one that we would willingly assist in or even initiate were we in a position to do so.

We realize that the production of such a video would require both man-hours and capital, but also wholly promise that it is a desired item of value to Detroit Lions fans everywhere.

We would cherish this product.

We would gift it to our family members and friends.

And they will smile their broad smiles, or shout with delight, or dance a touchdown dance when they see it.

Can you help us, NFL executives?

We offer our services freely if there's anything we can do to assist you in this endeavor, forever looking towards the future but proud and sure of our past.

This note will be sent to the NFL and will serve as a petition.  Please respond below if you have interest in this request.  We recognize that many fans around the league also have interest in the great Barry Sanders, and would welcome your support as well!

What Advice Did Matt Patricia Receive from John Lynch? 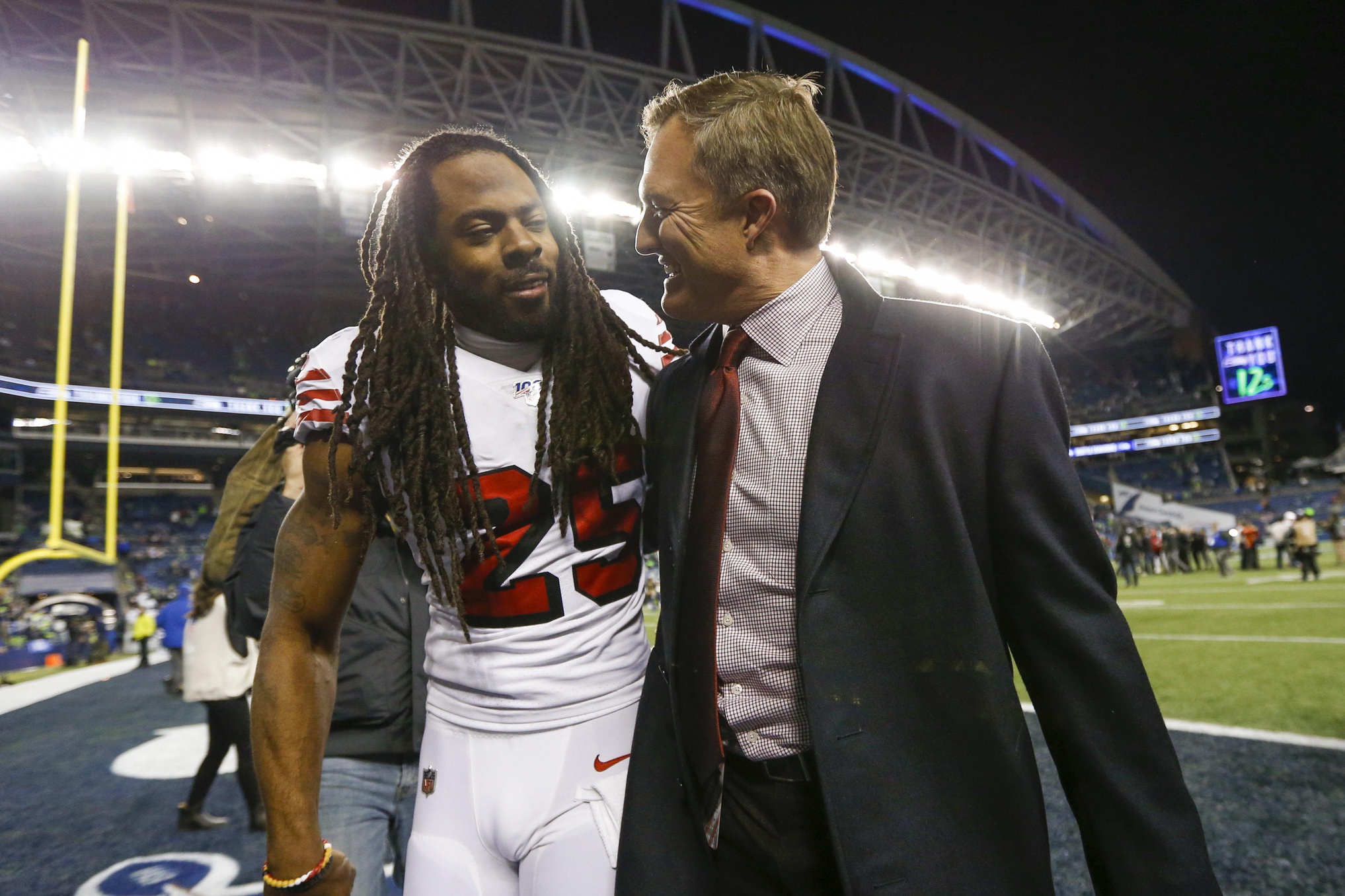 What Advice Did Matt Patricia Receive from John Lynch?

Lions Haven’t Decided Who Will Call Defensive Plays Next Season 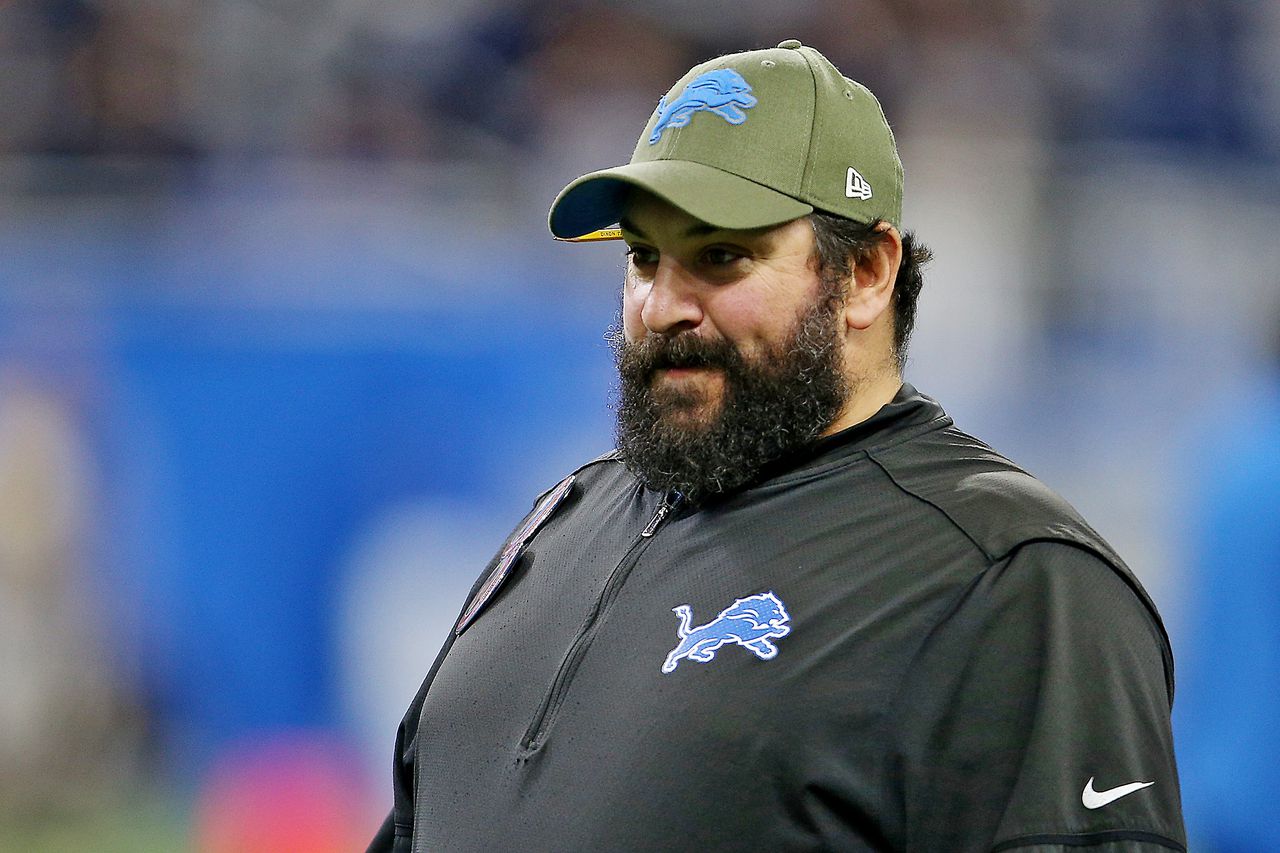 Lions Haven’t Decided Who Will Call Defensive Plays Next Season