UFC President Dana White appeared on ESPN's First Take on Friday, discussing the future of Conor McGregor, the public dispute with Jon Jones and the promotion's return to Las Vegas for UFC Fight Night: Woodley vs. Burns on Saturday.

When asked about the next fight for McGregor—who has recently called out multiple fighters on social media, including Oscar De La Hoya, Anderson Silva and Justin Gaethje—White said:

"I think what's in Conor's best interest right now: Stay in shape, be ready, let's see how some of these fights play out and see what's next for him. The fight that I know he wants and the fight that should happen is the rematch with him and Khabib [Nurmagomedov]. So we'll see what happens with Gaethje, and if it ends up being Gaethje, then it'll be Conor and Gaethje. I think that's the smartest, best choice for Conor right now. He is always really good at reaching out to me and letting me know when he's ready and what he wants next. So when that happens, we'll figure it out."

The Irishman last fought in the Octagon at UFC 246 in January, beating Donald Cerrone via technical knockout.

White also addressed Jones' expected jump to heavyweight for a highly anticipated bout against Francis Ngannou, which is on hold after Bones requested more money:

"The truth is the guy wants a ton of money. Apparently, he doesn't think it's an obscene amount of money. He has a contract. He has a deal to fight. We always told him, 'If you want to move up to heavyweight, absolutely we would make a new deal with you to move up to heavyweight'. That was factored in when we just did his new deal. ... He's asking for an amount of money, and it's not going to happen."

White added it was "sad" how Jones hasn't lived up to his potential.

For their part, Jones and Ngannou have seemed united in their response:

Before even discussing numbers, the UFC was unwilling to pay more for the Francis super fight / for me to move to heavyweight. Said I could possibly earn more in pay-per-view buys.

2) No title fight, no super fight, who knows when going to be my next fight 😤. Hope it's not in another 11 months or so. #ThisIsSucks

White also discussed some of the UFC's challenges in making a return to Vegas after the Nevada State Athletic Commission temporarily suspended combat sports in March amid the coronavirus pandemic.

He said he felt the Apex was the "safest" place for the promotion to hold its fights, noting there would be half the typical number of staff working Saturday's event and adding everyone there would be tested for the virus.

"In Burns you have the young, up-and-coming hungry guy, and then you have Tyron Woodley, who's saying: 'I want to be looked at as one of the greatest ever. I want my belt back,'" White said. "... [Burns is] very aggressive. He will put that type of pressure on Tyron Woodley that will make Woodley fight." 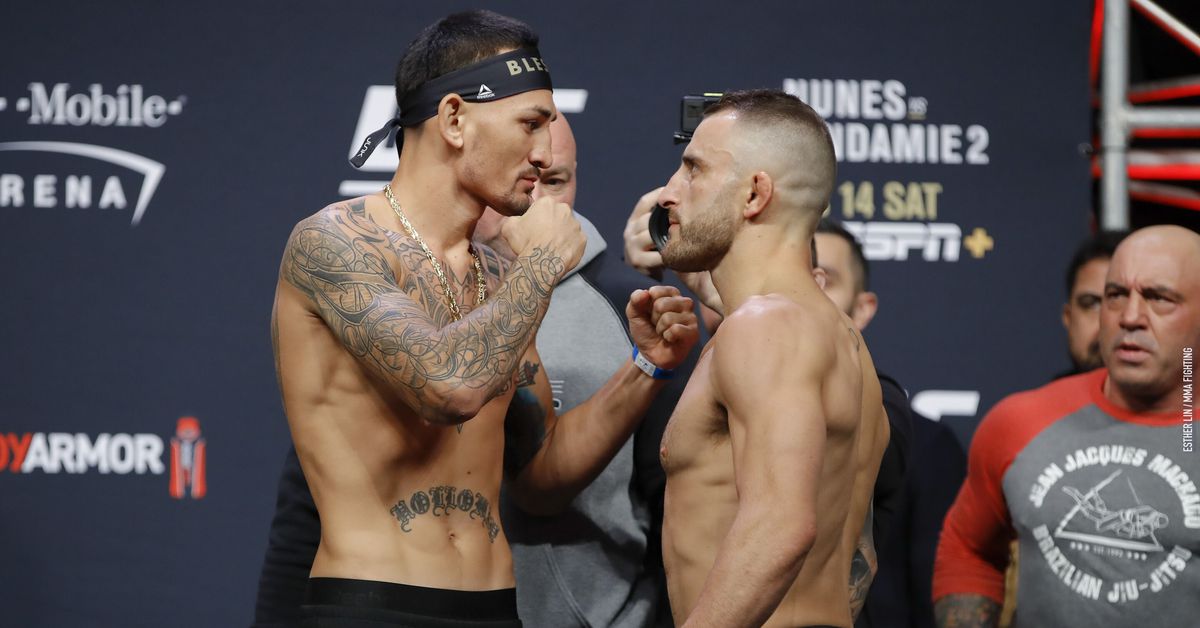