Hill's preliminary hearing in Prince George's County is scheduled for June 19, per Gates.

"The preliminary investigation revealed Hill shot at another male who was outside at that location," a Prince George's County Police Department spokesperson told ESPN. "The victim was not hurt. This was not a random crime."

Hill, who most recently attended St. Frances Academy in Baltimore, had joined Oregon as part of its 2020 recruiting class. He was listed as a 4-star prospect in 247Sports' composite rankings. 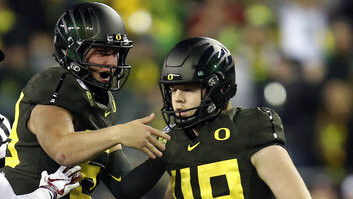