In varying intervals and varying poses, NBA players shuffled off the court Wednesday—in Philly, Miami and Atlanta and finally in Dallas—and wandered into the great unknown.

We're all captives there, too. Fans, reporters, team officials, referees, ushers, popcorn vendors. All of us.

The NBA season is on hold, the standings frozen as of March 11, 10:32 p.m. ET, when the league canceled its last scheduled game of the evening: New Orleans at Sacramento.

There's no telling when the NBA will return.

The league did what it had to—indeed, did the only rational thing—suspending the season after Rudy Gobert of the Utah Jazz tested positive for COVID-19, also known as the coronavirus.

The virus, termed a global pandemic by the World Health Organization, has infected at least 124,500 people worldwide and killed more than 4,600. Its spread in the United States is only just beginning. The crisis, too.

For a tutorial on how quickly the virus can spread, click here or here.

But the math for the NBA was always straightforward: The infection of a single player would require quarantining his team. And then whichever team they most recently played. And then the most recent opponents of that opponent. 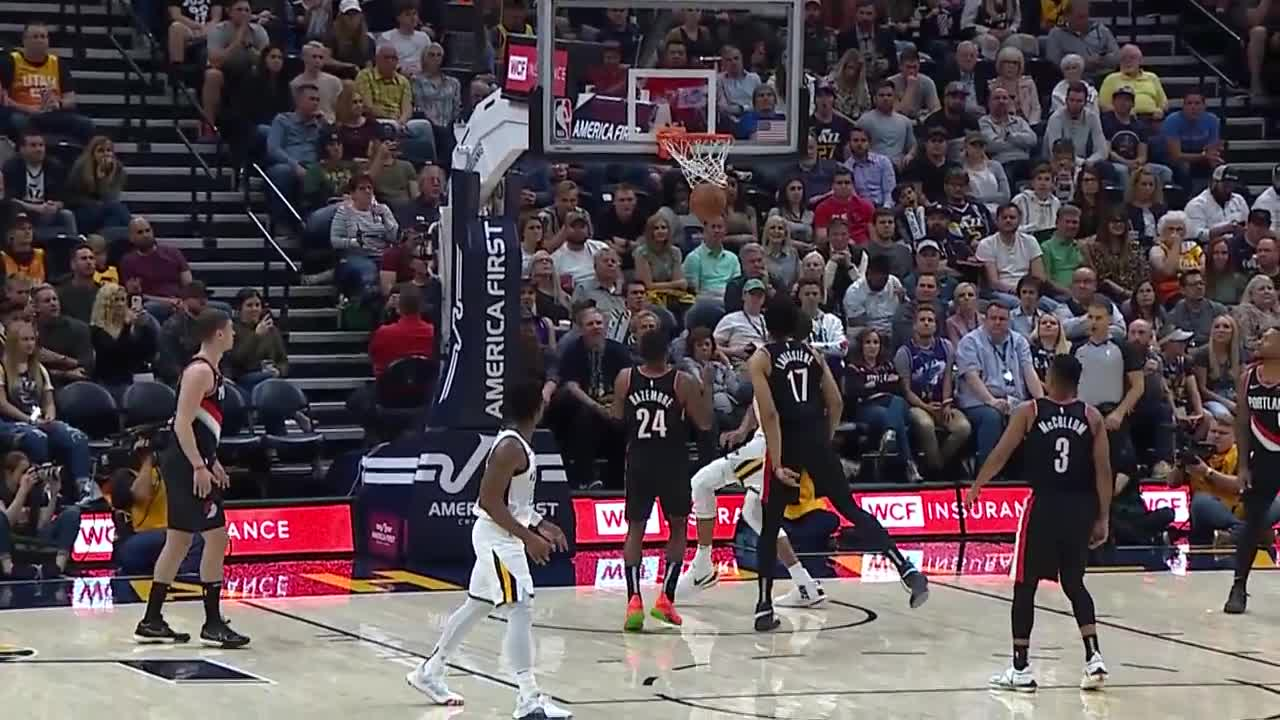 In a 30-team league, there aren't many degrees of separation. If the outbreak is to be contained, you can't keep playing games.

The NBA had been preparing more modest measures. Earlier in the day, the Golden State Warriors announced they would play their next home game, scheduled for Thursday night, without fans in the arena—in deference to a ban on large gatherings in San Francisco city limits.

While other teams pondered that option and league officials deliberated, the Washington Wizards defied local government pleas and declared they would still invite fans in. Developments were unfolding so quickly, it was hard to keep up.

Then the discussion became moot.

When Gobert tested positive for the coronavirus, just minutes before the Jazz were to tip off in Oklahoma City, it was game (and possibly season) over.

"The NBA will use this hiatus to determine next steps for moving forward in regard to the coronavirus pandemic," the league said in announcing the suspension.

Now we wait and we hope. For the pandemic to slow. For more testing. For better leadership in Washington.

And we wonder: Will the games resume? When? Will fans be allowed? Will the season extend into summer? What if the outbreak continues? Is it possible the season is already over? Will the 2019-20 NBA season end without a champion or an MVP?

These feel like trivial questions at the moment given the seriousness of the pandemic. But these are the issues NBA officials must now confront as they attempt to navigate uncharted waters.

There is no precedent for this. No rulebook, no blueprint, no clear path forward.

The NBA's board of governors will convene Thursday at 12:30 p.m. ET via conference call. Perhaps Commissioner Adam Silver will make himself available soon after and provide some clarity.

All anyone could do Wednesday night, as the games wound down and the dramatic press releases started cascading, was guess.

One team executive put the odds of the season resuming at 90 percent. But when? Unclear.

Another team official speculated we'd see games again in mid-April—"and I wouldn't be surprised if it goes straight to the playoffs," since that's when the postseason normally begins.

Or the league could conceivably push the entire calendar back, reschedule the lost games, try to recoup the lost revenue and retain the integrity of an 82-game season. But that would push the Finals into July, delaying the draft and free agency while potentially wiping out or delaying the summer league and bumping up against the Olympic Games in Tokyo (assuming they haven't been canceled).

If the regular season is indeed over, it ends with the Milwaukee Bucks holding the best record (53-12) in the Eastern Conference and the Los Angeles Lakers (49-14) atop the West. It ends with Bucks star Giannis Antetokounmpo a near lock for a second straight MVP award, denying LeBron James a chance to make a final push.

If the regular season is over, it means rookie superstar Zion Williamson will be denied a chance to rally the Pelicans to a playoff berth—but fellow rookie sensation Ja Morant will be playoff-bound (if there are playoffs) with the eighth-seeded Memphis Grizzlies.

If the regular season is over, it means Vince Carter's storied 22-year career is over, too.

The NBA had already announced the suspension of the season when the 43-year-old Carter, playing for the Atlanta Hawks, checked into their game against the Knicks with 19.5 seconds left in overtime. He smiled broadly as he tucked in his jersey and strode onto the court and smiled even wider seconds later after drilling an uncontested three-pointer to close out the game—and potentially his career.

Afterward, Carter got misty-eyed at the podium, searching for the right words before declaring, simply, "The game has been good."

This has been, without question, the strangest, saddest NBA season in modern history—from a preseason controversy over human rights in China; to the death of former Commissioner David Stern; to the shocking helicopter crash that claimed the life of Kobe Bryant, his daughter Gianna and seven others; to the season being placed on indefinite hold.

The arenas will go dark for now. Players will get tested and go into voluntary quarantine. Historians will ready their asterisks and their footnotes.

We don't know when the games will resume, or if fans will be invited, or when (or if) a champion will be crowned. But when the story of this bizarre season is written, there should be absolute clarity about this much: The NBA did the right thing.

Howard Beck, a senior writer for Bleacher Report, has been covering the NBA full time since 1997, including seven years on the Lakers beat for the Los Angeles Daily News and nine years as a staff writer for the New York Times. His coverage was honored by APSE in 2016 and 2017 and by the Professional Basketball Writers Association in 2018.