Madison Square Garden confirmed Friday that former New York Knicks forward Charles Oakley has been allowed back at the arena since 2018 following an arrest stemming from a 2017 altercation.

According to The Athletic's Mike Vorkunov, Oakley was cleared to re-enter the building after a civil trespass order lapsed two years ago.

"Once that period ended, he's always been allowed back at The Garden," MSG spokesperson Kim Kerns told Vorkunov.

Oakley's lawsuit against MSG and James Dolan was dismissed Wednesday.

"We thank the court for its ruling," the Knicks said in a statement. "This was an incident that no one was happy about. Maybe now there can be peace between us."

Oakley, who played for the Knicks from 1988 through 1998, was physically restrained and removed from the Garden during a February 2017 game against the Los Angeles Clippers.

Even though Oakley is no longer banned, the 56-year-old Cleveland native told Dan Gelston of the Associated Press last March there was little hope of reconciliation between the sides. 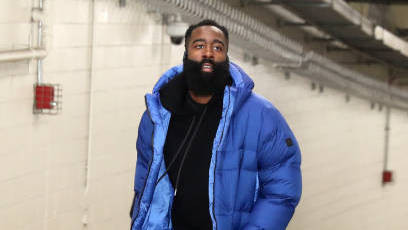 He added: "I'm allowed in 29 arenas except the Garden. They've said we'd retire your jersey, they'll do this. But you think I want my jersey hanging outside the Garden? They can still see it. But you just dragged me outside the ... Garden."

"It's just the beginning of the fourth quarter, and we are confident that we can turn this around with an appeal that we plan to file in the coming days," Wigdor said.