Lisbon airport receives around 55,000 passengers per day. Back in mid-August, all eyes were on a three-man delegation coming from Sao Paulo to meet Italian striker Mario Balotelli's entourage to try to persuade him to join Brazilian giants Flamengo instead of hometown club Brescia.

The flight was scheduled to land at 2:30 p.m. local time, but then half an hour earlier, touching down from Paris, a man wearing sunglasses and a red polo shirt popped up at the arrival gate eating some chips.

He headed straight to the second floor, where a cab was waiting for him outside.

It was Giuliano Bertolucci, Brazil's most powerful football agent and go-to guy for every talent wanting a big transfer.

Later that same afternoon, Bertolucci was spotted sharing a table with Flamengo officials in the lobby of a hotel in Lisbon's famed Avenida da Liberdade, also known as the Portuguese version of the Champs-Elysees in Paris. He stayed there for the night but had to pack his things once again in the morning to go to Barcelona to seal Philippe Coutinho's loan move to Bayern Munich.

Although he maintained their meeting had been accidental, he held talks over the future of one of his brightest gems, Reinier, whose contract with Flamengo was winding down.

Ultimately, they reached an agreement to extend it until 2024 but dropped his buyout clause from €70 million to €30 million, as first reported by GloboEsporte.

Real Madrid had been watching it all unfold and rushed to secure his signature this winter transfer window.

Last weekend, the 17-year-old starlet underwent medical examinations at Brazil's U23 team camp, where he's currently training ahead of the forthcoming South American pre-Olympic qualifying tournament. He will pen a six-and-a-half-year deal with the Spanish side once he turns 18 on January 19.

It's been some season for Reinier: He failed school, admitting to SporTV that he attended just two classes, but he made his senior debut, won the Copa Libertadores and Brasileirao double and had his name chanted at the Maracana.

The midfielder is expected to be unveiled at the Santiago Bernabeu as soon as he finishes his international duties in February, initially joining Real Madrid Castilla rather than heading straight into the first team.

It's another Brazilian coup pulled off by Real Madrid.

This time, they've snapped up a teenager who has been touted as the face of the country's Generation 2002 and is compared to former Galactico Kaka. He played a prominent role in Flamengo's memorable campaign in 2019, with six goals and two assists over 15 games.

Reinier has become Real Madrid's latest attempt to unearth the next Neymar.

In the past three years, the Spaniards have splashed out approximately €150 million to acquire some of Brazil's most talked-about youngsters, such as Flamengo's Vinicius Junior, Santos' Rodrygo Goes, Novorizontino's Rodrigo Farofa and Sao Paulo's Augusto Galvan. All of them were recruited before the age of 18.

It has emerged as a key tactic in Real's transfer playbook. Grab the young players before they truly burst on to the scene and avoid paying astronomical fees. It's still a risky and expensive strategy, but Real Madrid have managed to get the cream of the crop from this new breed of Brazilian talent.

In order to reduce the margin of error, they have even hired a scout on the ground, Paulo Henrique Xavier, to follow up-and-coming Brazilian talent more closely.

Paulinho, as he's better known, was part of the coaching staff that helped Brazil win their first-ever football gold medal at the 2016 Olympics and has also worked with Cruzeiro and Manchester United.

It's still too premature to say whether Real Madrid have found the next Neymar among their recent acquisitions, but Guilherme Dalla Dea, Brazil's U17 coach, believes they're on the right track.

"I was fortunate to have worked with most of these boys since an early age, so I can tell you this: Madrid couldn't have done much better. They are the real deal," argues Dalla Dea, who, even without Reinier, helped lead Brazil to the U17 world title in November.

"Paulo [Henrique Xavier] and me are friends; we had previously worked together. He used to call me about Reinier: 'Guilherme, I have to take this kid to Madrid, but everyone there is still holding it up.' Once you see him playing, you can understand why they wanted him so badly.

"Madrid have been very aggressive in their pursuit of these young players and are wasting no time in the transfer market. It's a very clever move from them. If any of them fails to succeed in Madrid, they'll surely find another place where they can show their potential. It's part of the game."

The hype around the young Brazilians has been so big that they've even made Real Madrid abandon a tradition.

The Spanish giants bought whole pages in sports newspapers in 2018 to announce that their official TV channel would broadcast a friendly match between Brazil and Chile's U20 teams.

Until then, they had never shown a fixture that didn't include one of their sides. However, they knew their fanbase would be eager to see Rodrygo and Vinicius in action, so they showed the game. It was a chance for die-hard supporters to get an early glimpse of Real's future.

Real's Brazilian obsession highlights how missing out on the signing of Neymar to archrivals Barcelona in 2013 changed their transfer policy.

"Real Madrid have always done very well with Brazilians. We've got the examples of Roberto Carlos, Ronaldo, Robinho, Julio Baptista, Emerson and Marcelo," says Wagner Ribeiro, who once proclaimed himself the most hated football agent in Brazil and described Perez as "his idol."

Ribeiro was Neymar's first representative, and for some time pushed for him to head to Madrid instead of Barcelona.

"They came very close to signing him when he was still 13 and spent 20 days training at the Valdebebas facilities. Back then, Madrid did the right things. It just didn't work out because he was too young," he recalls, explaining that Neymar missed his family and also the everyday rice and beans from home.

"After that, on two other occasions, we had conversations but never completed the deal."

Perez might still dream about Neymar and even push for his move behind the scenes, but he is certainly not willing to pay €200 million or so to make it happen.

He's not the same man who built a reputation for his extravagant spending and refused to trust any player offered to him for a bargain price.

"If he's truly that good, I'll sign him when he costs €50 million," Perez reportedly said of Brazilian-born Portugal international Pepe after hearing about his outstanding form at Maritimo. He eventually listened to his advisers a while later but had to pay Porto €30 million for his services in 2007 when he could have got him for a fraction of that cost from Maritimo three years earlier.

Things have changed at the Bernabeu, though, and one of the reasons is Juni Calafat.

A former football pundit born in Spain who was raised in Brazil, Calafat could be regularly found on popular Spanish football TV show Fiebre Maldini and working on the broadcasts of late-night Brasileirao matches.

Having impressed with his vast knowledge of the game, he was invited to join Real in 2014 as head of recruitment for South American football, and he quickly rose through the club's ranks. He now leads the whole international football department and has become one of Perez's right-hand men.

His name may not ring a bell, but Calafat has been the mastermind behind many signings in recent years.

The hits have ensured his reputation has remained high despite some underwhelming signing, such as Willian Jose (now at Real Sociedad), Pablo Felipe (Sao Paulo), Lucas Silva (Gremio) and Abner Felipe (Athletico Paranaense), none of whom made a significant impact at the club.

Calafat keeps a low profile, avoids public attention and is usually working quietly behind the scenes. That's how he manages to get the deals done and, at the same time, stay away from the headlines.

"Juni played a crucial role in convincing Rodrigo [Farofa] to go to Real Madrid. We didn't know him, but during a visit that my business partner [Edu Schmidt, former Brazil international] made to Real Betis, he approached him in the stadium to enquire about a potential transfer," agent Neto Genovez recalls.

It's a consensus among football executives that snatching Brazilian wonderkids these days is a much more difficult job than it used to be. And they say it's not Neymar's fault.

Sevilla CEO Jose Maria Cruz explains: "Our sporting director, Monchi, usually tells this anecdote about how we bought Daniel Alves [from Bahia] to illustrate this scenario. Back then, our scouts would run into just five or six others in Brazil. Nowadays, they say, there are like 500 of them.

"It's very complicated because many of these young stars, within just a few games, watch their clubs demanding very high fees for them. It's a Vinicius Junior, Rodrygo and others effect.

"It's something that made it very difficult for teams like Sevilla or similar ones to go after them because they already arrive with such a high cost that they bring a lot of pressure with them while they are still maturing."

Despite that, Flamengo's Portuguese manager Jorge Jesus wasn't particularly happy with the Reinier deal. He didn't hold back his criticism of the agreement with Real Madrid in an interview with CMTV.

"You can't sell a player like Reinier for €30 million. At this [selling players], Benfica [his former side] are spectacular: They sell players for more than they are actually worth. Flamengo don't know how to price their players on their true value."

Flamengo might have been able to get a higher fee for Reinier if he was a bit flashier, but instead he's a very different kind of player from Vinicius and Rodrygo. A more cerebral midfielder, he's a rare breed that you don't see much of on Brazilian pitches these days.

"He's a footballer who reminds of the No. 10s of the past, a classic midfielder who organises the play very well, can get into the box," says Dalla Dea. He's very complete—he's not the sort of player who will just create chances, but also score them. The way Real Madrid play, I think he can be used like a No. 8, a new Toni Kroos."

Whether Madrid ultimately get "a new Neymar" out of Reinier and Co. remains to be seen, but it would appear Brazil's future relies on the fortunes of the Spanish giants more than ever, and vice versa. 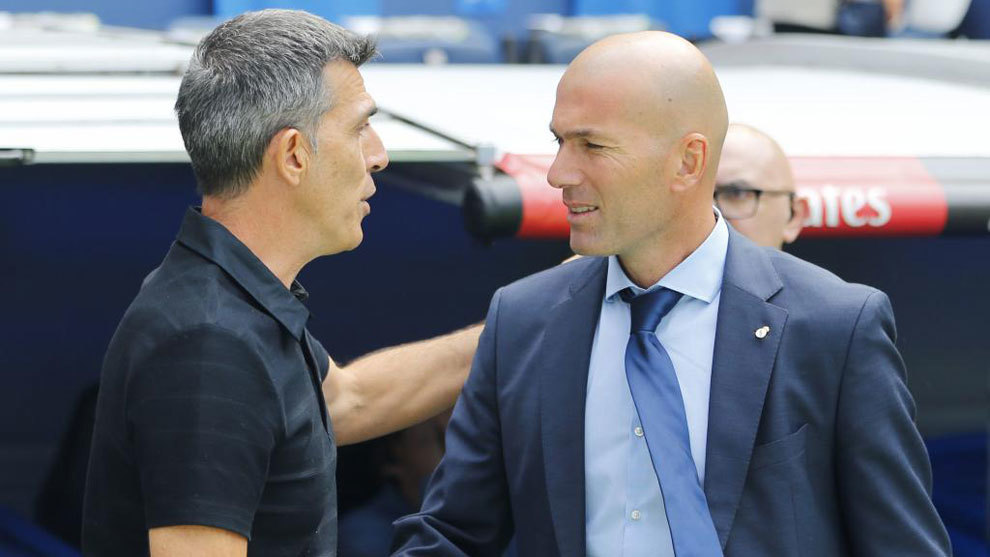 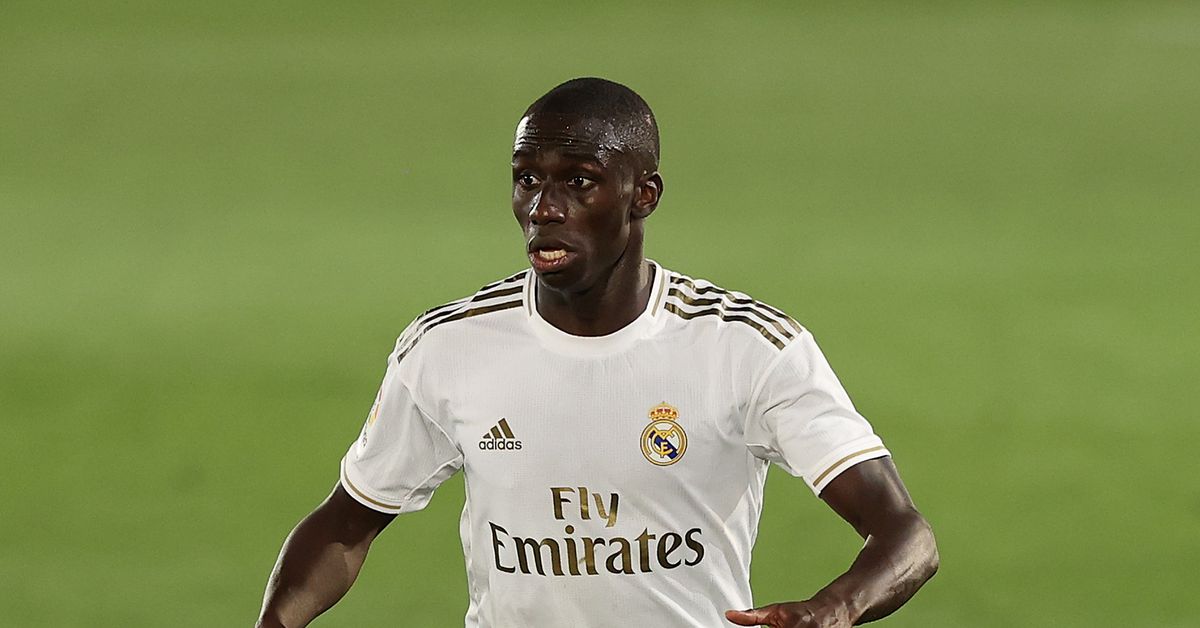