The Notre Dame Fighting Irish's starting quarterback is returning for the 2020 season.

Ian Book announced he plans to come back for a fifth year:

Pete Sampson of The Athletic noted Book will have the opportunity to pass Brady Quinn, Ron Powlus and Tom Clements for the most wins as a starting quarterback. Each member of that trio won 29 games as a starter, and Book has 20 under his belt.

Book first saw game action during the 2017 campaign when he threw for 456 yards, four touchdowns and four interceptions, but he started securing his place in Fighting Irish history in 2018.

He led Notre Dame to a 12-0 record during the regular season, which was good enough for a College Football Playoff berth. While the team ultimately lost to Clemson, he finished the year with 2,628 passing yards, 280 rushing yards and 23 total touchdowns.

The Fighting Irish took a step back this past season but still went an impressive 11-2 with a win in the Camping World Bowl against Iowa State. Book was far better from a statistical standpoint, throwing for 3,039 yards, 34 touchdowns and just six picks while running for 567 yards and four scores.

The question now is whether he can win 10 games to become the program's all-time leader in starting quarterback wins against a schedule with a number of difficult matchups.

Notre Dame opens the season on Aug. 29 against Navy in a game that takes place in Ireland. It also faces Wisconsin in Lambeau Field, hosts powerhouse Clemson and travels to USC to finish out the schedule.

A Flurry of Notre Dame Football Offers Out This Week

A Flurry of Notre Dame Football Offers Out This Week 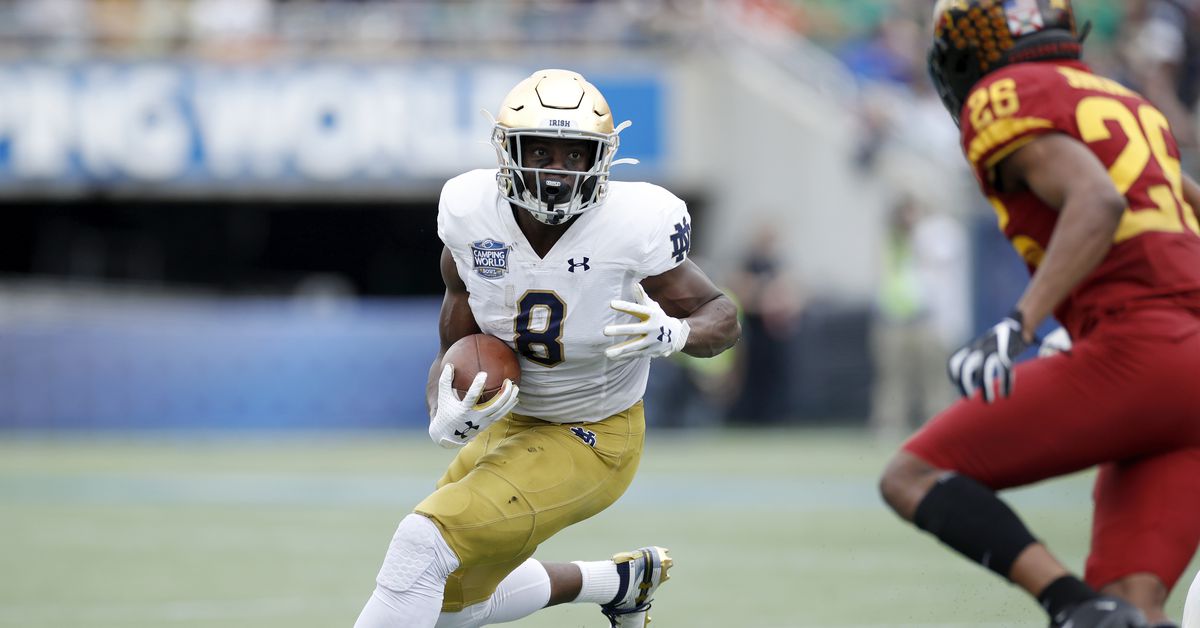 Who Does Notre Dame Go After Following WR Colzie's Decommit?

Who Does Notre Dame Go After Following WR Colzie's Decommit?