The Lakers defeated the visiting Dallas Mavericks 108-95 at the Staples Center on Sunday night.

L.A.'s defense impressively suppressed the NBA's top-rated offense, holding the Mavs under 100 points for the first time since they lost 114-99 to the Los Angeles Clippers on Nov. 26.

Kobe Bryant looked pleased with what he saw from the Lakers:

LeBron and Kobe reunite at Staples 👑🐍 (via @NBA) https://t.co/4UO6Jxmotc

The Mavericks had won back-to-back games against the San Antonio Spurs and Golden State Warriors entering this matchup.

The Lakers improved to 26-7, cushioning their lead ahead of the 23-9 Denver Nuggets and 23-11 Clippers atop the Western Conference.

The Mavs, meanwhile, dropped to 21-11 and missed an opportunity to move up within the West. 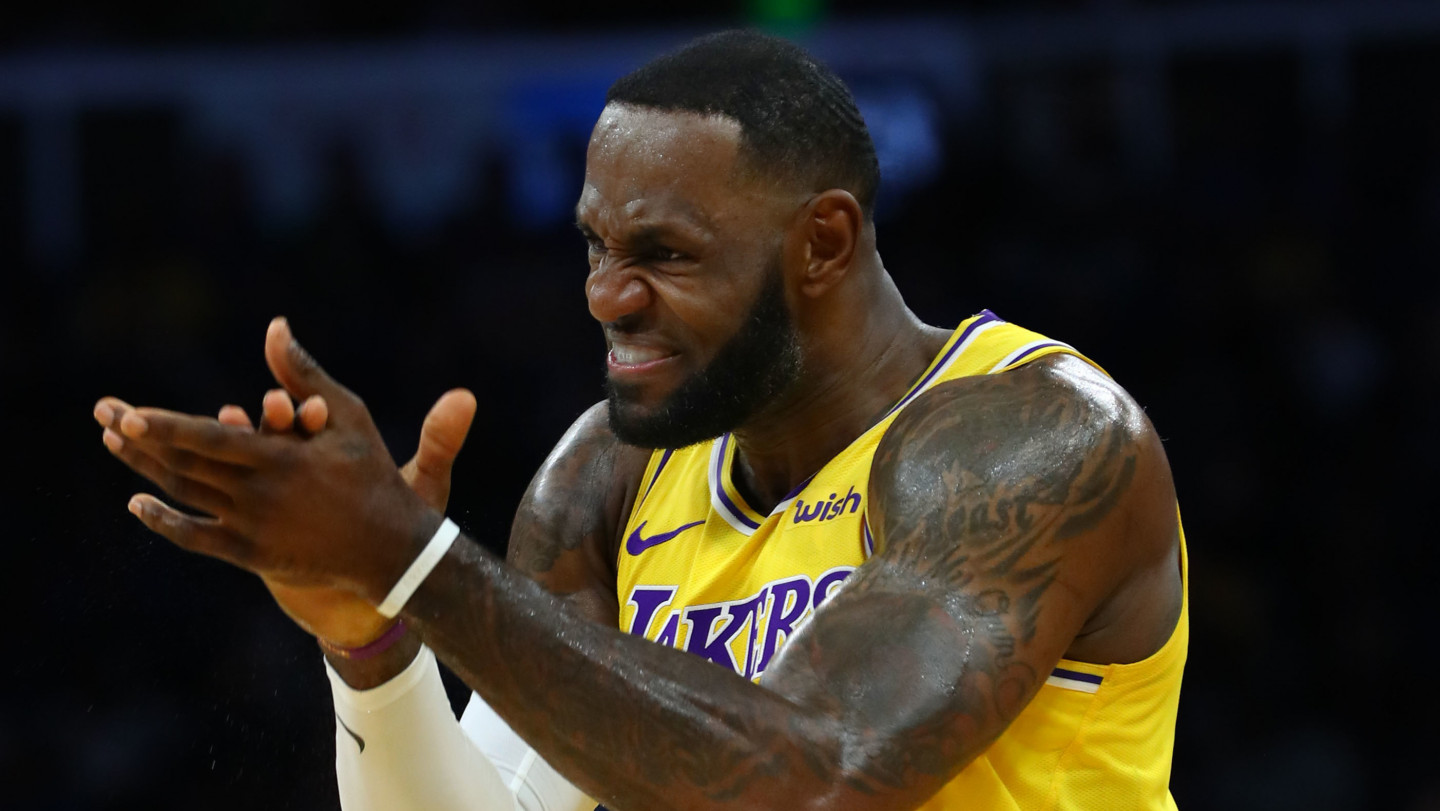 Starting guard Tim Hardaway Jr. was forced to exit with 5:26 remaining in the first quarter. He was replaced by Seth Curry and later ruled out by the Mavericks with a hamstring injury.

Veteran J.J. Barea started the second half for Hardaway:

#Mavericks guard J.J. Barea has now made 800 three-pointers in his career after hitting one in tonight’s game. Barea is the 18th player in @NBA history listed at 6-foot or under to record 800+ 3FGM in a career, per @bball_ref. https://t.co/jSxYHYlnrE

Doncic took a hard fall and remained down while appearing anguished toward the end of the first half, which was especially worrisome given the reigning Rookie of the Year recently returned to Dallas' lineup on Dec. 26 after an ankle injury suffered on Dec. 14 sidelined him for four games:

Doncic took a hard fall on his back after being fouled, and stayed in the game to shoot FT’s before being subbed out after DAL took an intentional foul on Howard.

Luka Doncic was down for a while. He gets applause as he stands up. LeBron Jamess and Anthony Davis are checking on him. Looked like he hit his head pretty hard on the ground.

Luka is coming out of the game and headed to the locker room.

Fortunately for Dallas, Doncic was able to return for the second half. He led all Mavericks with 19 points on 5-of-14 shooting from the field, though he went 0-of-6 from three-point land. It was a relatively poor outing for the 20-year-old leading the NBA with nine triple-doubles.

The Lakers were technically at full strength against the Mavs, but James has been nursing a groin injury since Christmas Day.

James had an off shooting night at 3-of-10, including 2-of-4 from three-point land, but still positively influenced the game with 13 assists. It marked the three-time NBA champion's fourth straight double-double.

Last 2 games, at POR on Saturday and vs. DAL on Sunday, for @KingJames: 29 assists, 3 turnovers.

Davis had hurt his knee during the Lakers' 128-104 loss to the Denver Nuggets on Dec. 22, a game James missed with a thoracic muscle strain. However, the six-time All-Star dispelled any lingering concerns over his knee prior to Sunday's game:

The Lakers have a two-day break to rest Davis and James.

The Mavericks have one more game remaining in the decade, but the Lakers won't be in action again until 2020.

Dallas will travel to Oklahoma City to play the Thunder on New Year's Eve.

L.A. will host the Phoenix Suns on New Year's Day.