Clemson Tigers tight end Braden Galloway maintained his innocence in his first public comments since he was suspended for a year for a positive drug test before last season's College Football Playoff.

Galloway, defensive tackle Dexter Lawrence and offensive lineman Zach Giella were suspended for the playoff games against Notre Dame and Alabama for testing positive for ostarine. The former said he didn't know he did anything wrong, per Andrea Adelson of ESPN.com:

"I know I did nothing wrong, so no matter what media outlets say, I know I did nothing intentionally that put that in my system and I've taken probably 15-20 drug tests since the one I failed and haven't failed any other. And they've been drug-tested by the same company the NCAA uses. So I know I've done nothing wrong. I really just put my faith in God every time there's a drug test. I just hope and pray that nothing crazy happens like this again. I don't wish this on any player. There's nothing you can do about it. They want you to tell them how it got in your system, and if you can't tell them that, they can't really do anything about it."

Adelson explained that ostarine is not approved by the Food and Drug Administration but has been used in some supplements without being listed on the label in some cases.

Galloway arrived at Clemson as a 3-star recruit in the class of 2018, per 247Sports' composite rankings, and tallied five catches for 52 yards and a touchdown in his freshman campaign. He has spent this season on the scout team but is eligible to return for Saturday's CFP showdown against Ohio State.

It is a massive game to return to given that a spot in the national title game will be on the line between arguably the two most talented teams in the country. The Buckeyes and Tigers have steamrolled almost every opponent all season and will square off in one of the most highly anticipated games of the year.

Galloway will have a chance to make a difference this time around after watching his teammates win a championship last season. 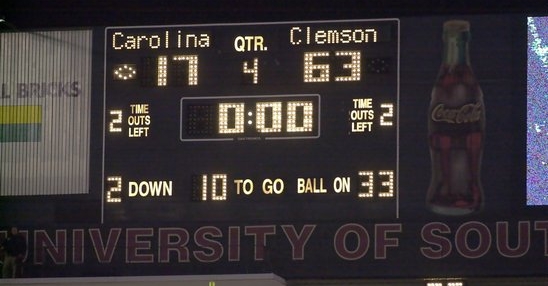