Philadelphia apparently did not give Toronto Raptors point guard Kyle Lowry a hometown welcome during the 76ers' 110-104 victory Sunday.

"Come see me," Lowry told a heckling fan at the Wells Fargo Center as he headed toward the tunnel after the loss, per Marcus Hayes of the Philadelphia Inquirer. Hayes noted the Villanova product was "lightly" held back by his teammate.

Lowry discussed the crowd's treatment in the locker room and was not surprised by the taunting:

The chirping between Toronto's point guard and the fans in Philadelphia adds another layer to one of the Eastern Conference's growing rivalries. The two sides have split their two matchups in 2019-20 and battled in a thrilling seven-game series in the second round of last season's playoffs.

Kawhi Leonard's buzzer-beater in the decisive game proved to be the difference, and Serge Ibaka reminded the hostile crowd about it any chance he got Sunday.

Blake Murphy of The Athletic noted the big man "just kept pointing to his ring finger in response" whenever 76ers supporters were too vocal in his direction.

Those fans have been a major factor in Philadelphia's season to this point, as the team is 12-0 at home and just 5-7 on the road. They helped spur another win Sunday, as did Tobias Harris (26 points, six rebounds and three assists) and Ben Simmons (16 points, 11 rebounds and nine assists). 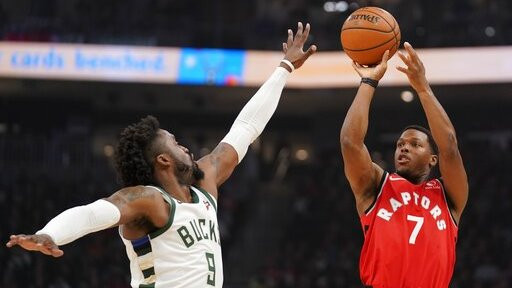 Lowry spearheaded the effort for the visitors with 26 points, six rebounds, five dimes, two steals and one back-and-forth with someone in the stands.