The San Antonio Spurs have opened the season 6-12 and appear to be looking at a rebuilding season. If the organization goes that route, one player who should have plenty of suitors on the trade market is DeMar DeRozan.

According to Frank Urbina of HoopsHype.com, the Orlando Magic, Sacramento Kings, Houston Rockets, Detroit Pistons and even DeRozan's former team, the Toronto Raptors, have all been linked to the 30-year-old star.

"A landing spot for DeRozan is probably a team that badly wants to make the playoffs and, right now, they're in the 7-to-10 range in their conference," an NBA executive told Urbina. "The Magic, the Kings and other teams like that would make sense. What the Spurs could get back really depends on if they're willing to take back money in the deal."

As for the possibility of a Raptors reunion, a Western Conference executive told Urbina: "It sounds crazy, but Toronto actually makes a lot of sense as a landing spot for DeRozan. As far as what Toronto is giving up, it would probably have to be a first-round pick plus Serge Ibaka or Marc Gasol."

Given that Gasol just held superstar center Joel Embiid to zero points Monday and played him incredibly well in the 2018-19 postseason—and that the Raptors and Philadelphia 76ers could tangle again in the playoffs this campaign—it's hard to imagine the Raptors parting with Gasol.

Frankly, teams interested in DeRozan have to weigh how much they need an isolation, mid-range scorer. There's little doubt that DeRozan can put the ball through the hoop—he's averaging 22.2 points, 5.3 rebounds and 4.6 assists per contest while shooting 53.3 percent from the field.

For teams in need of someone who can create his own shot, DeRozan would check that box. Orlando makes the most sense in that regard.

But he's far from a complete player. For one, he won't help a team's spacing. He essentially doesn't shoot three-pointers and is just 0-of-4 from beyond the arc this season. To put that in perspective, even Ben Simmons has hit a three this year.

For that reason, DeRozan playing alongside James Harden in Houston would likely be a disaster.

But the Spurs have also been better when DeRozan sits. The team has a minus-7.5 net rating (outscored by 7.5 points per 100 possessions) when he is on the court compared to a 9.0 rating when he's on the bench, per NBA.com. They have a dreadful 116.2 defensive rating when DeRozan plays. His total of 0.003 defensive win shares ranks 410th in the league.

In related news, Dejounte Murray is a -71 in 203 minutes with Aldridge and DeRozan, and a +2 in 48 minutes without them. Again, that’s not “they make him worse.” It is “this is not working.”

So that’s the big thing for me. Both players had very small positive net ratings last year; Aldridge +1.5, DeRozan 0.0. You expect better from your best players. And the Spurs’ net ratings with them on the bench were WAY better. It’s a two year trend. https://t.co/xxlyYbmXd8

His contract is another consideration. He has a player option of $27.7 million for the 2020-21 campaign, and while he shouldn't get that type of payday on the market, he could opt out and secure one last long-term deal, making him a potential half-season rental.

On the other hand, all of the above considerations could make DeRozan an affordable addition.

"I don't think DeRozan or LaMarcus Aldridge are worthy of getting two assets back in return," a different Western Conference executive told Urbina.

For teams lacking a top scoring option, DeRozan's potentially affordable price point could make the proverbial juice worth the squeeze.

'We have the power and platform to affect change' | Gregg Popovich, NBA coaches committee denounce killing of George Floyd 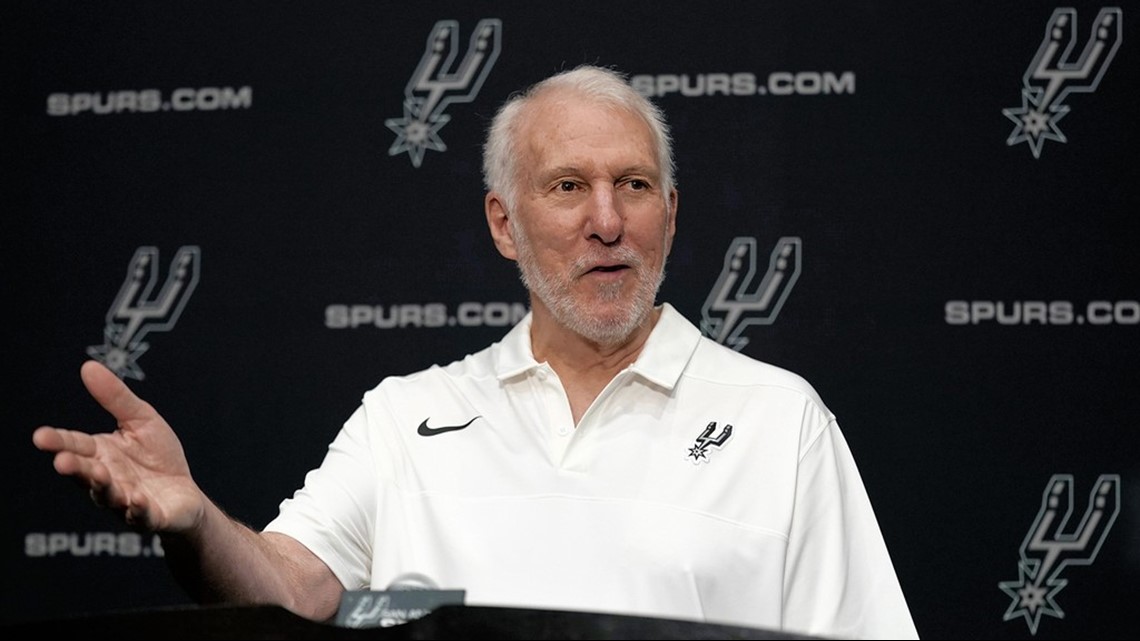 'We have the power and platform to affect change' | Gregg Popovich, NBA coaches committee denounce killing of George Floyd