Coach Mike Tomlin and the other Steelers bosses need to hope that investing in this season proves more valuable than the first-round pick they traded to Miami.Steven Senne/Associated Press

Instead of roasting the Pittsburgh Steelers for trading a future first-round pick for defensive back Minkah Fitzpatrick when Ben Roethlisberger is out for the year and their season is circling the drain, let's look at matters from their perspective:

The Steelers, who have had just three head coaches in 50 years, think in geological time. They don't overreact to opening-day pratfalls or 0-2 starts. They have always done things The Old Fashioned Way™, and a controversy-marred 2018 season offered them good reason to double down on the traditional approach. A coaching staff and front office that nearly lost the locker room to a Purge-movie scenario last year isn't about to risk a mutiny with any newfangled "tanking" tactics.

Sure, the Fitzpatrick trade appears counterproductive and counterintuitive today. It seems likely the Steelers started bidding while Roethlisberger was still healthy but then consummated the deal hours later despite a radical change of circumstances. It's easy to picture Dolphins general manager Chris Grier initially saying no because the Steelers were likely to pick in the 20s or later in next year's draft, then saying yes when Roethlisberger's injury made them likely contenders for a top-10 pick, and then hanging up before Steelers GM Kevin Colbert had a chance to think things through and change his mind.

As strange as the timing may have been for the Steelers, the Fitzpatrick trade illustrates the two opposite extremes of NFL roster-building philosophy:

The New School (Dolphins): Not a contender? Wave the surrender flag! Trade everything that's not nailed down! Tanking is the new winning!

The Old School (Steelers): Have you shipped off your disgruntled superstars? Is your quarterback injured? Next man up, Buttercup! Gritting out a few wins and finishing 6-10 is the character-building crucible in which future championships are forged.

The new-school philosophy guarantees embarrassing losses this year in exchange for future A-pluses in "Offseason Grades" columns and lots of buzz about how the organization turned itself around when, say, it goes 7-8-1 in a future season. The old-school philosophy preserves everyone's dignity at the cost of future resources like high draft picks and cap space, which could mire a team in we finished 8-8, but look how hard we tried limbo indefinitely.

(The in-between approach—a one-year rebuild with some common-sense cost-cutting and youngster-evaluating—is totally out of fashion, because it's not cool to be a moderate anymore.)

The Steelers should have started planning for a thorough rebuild after the Jaguars dismantled them at home in the 2017 playoffs, a loss that proved that their whole was no longer equal to the sum of their squabbling, mega-talented parts. Instead, the Steelers shambled through 2018 as zombie contenders who didn't quite realize they were undead until Brown decided that Week 17 was optional.

This offseason would have been the perfect time to sweep out Mike Tomlin, his staff, their outdated schemes and their overly player-friendly management approach along with Brown and Bell. The Steelers could then have drafted a quarterback of the future, let Roethlisberger play out the last year of his contract instead of extending him, and prepared to embark on a new era.

But the Steelers don't make decisions like that on a whim. Can you blame them? Slow, steady and traditional has yielded two Super Bowl appearances and eight playoff berths in the Tomlin era alone. In Pittsburgh, patience often pays off.

Rudolph has never indicated he is more than a Brand X young backup and non-challenger to Roethlisberger, who is not a fan of challengers. But he could make Colbert and the Steelers look like geniuses if he asserts himself as a quarterback of the future. The Steelers roster is brimming with promising starters and role players 25 or younger: JuJu Smith-Schuster, James Conner, Terrell Edmunds, T.J. Watt, Devin Bush, James Washington, Mike Hilton and others. They're not some old team lacking in young talent. There's a nucleus in place that can be very good in 2020 and beyond.

Fitzpatrick is now part of that nucleus. He's 22 years old, played well as a rookie and has three seasons plus an option left on a contract that the Dolphins already footed a chunk of the bill for. A rebuilding team like the Dolphins should be hoarding players like Fitzpatrick instead of trading them, but again: Moderation is dead. Grabbing Fitzpatrick could actually be framed as a shrewd Moneyball move in a different set of circumstances.

In the Steelers' set of circumstances, however, the Fitzpatrick trade brings a staggering risk. The 37-year-old, suddenly brittle Roethlisberger may be finished. The Steelers could be looking for a quarterback next April without the draft pick needed to get one. If Rudolph falters, they may have just traded a future top-five pick for last year's 11th pick.

Still, trading for Fitzpatrick sends a signal to the Steelers players that this year matters. Rudolph isn't just auditioning for a chance to hop on the lucrative backup-for-hire junket. Young players can hone their skills without games descending into 59-10 nonsense by the second quarter. JuJu, Watt and the others get to assert themselves as the leaders of a team that's trying to accomplish something every Sunday. The veterans on the offensive line—a Greek chorus that spent last season rolling their eyes at the locker room shenanigans before joining in themselves—don't have to call their agents to request trades just yet.

All of that team chemistry stuff probably doesn't make the Fitzpatrick trade worthwhile: Flexibility in next year's draft is worth more to the Steelers than adding a piece to the defense and rah-rah-rallying the troops. But contrary to the commandments of tankology, keeping the team competitive and the veterans relatively content is not worthless, especially in the wake of a 2018 season of turmoil.

Maybe Rudolph is good. Maybe Roethlisberger returns next year to lead a young team that discovered itself in his absence. Banking on either thing happening makes as much sense as holding a liquidation sale and waiting seven months for draft day. 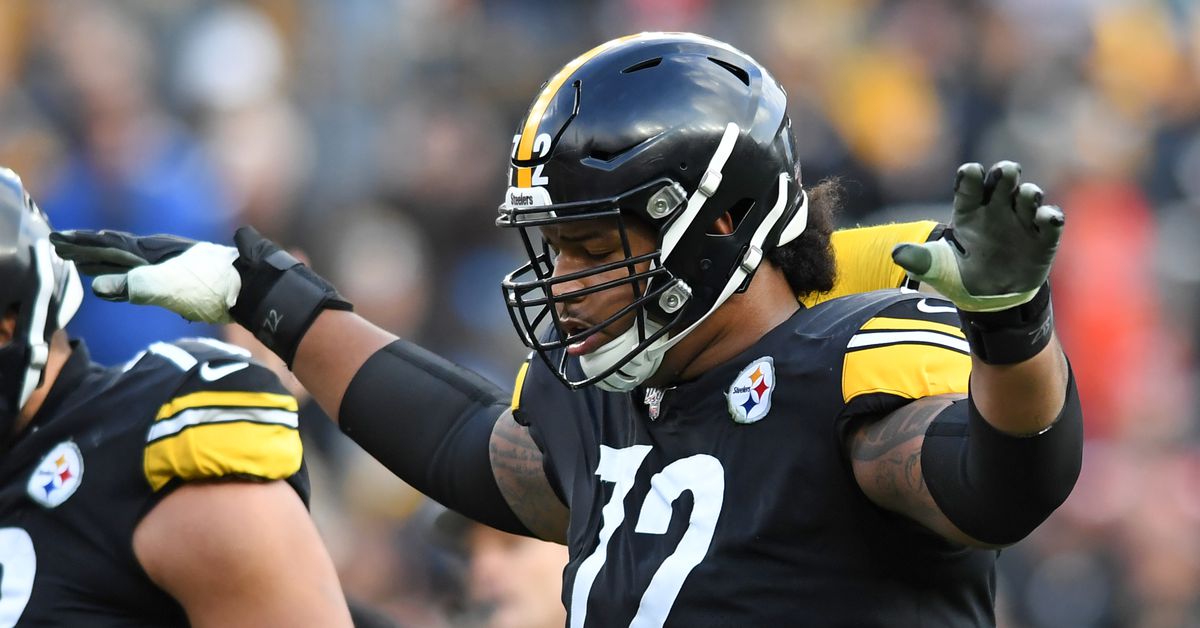