According to Mark Schlabach of ESPN, the review found that the air conditioning was working inside the visiting locker room and the average temperature was between 72 and 73 degrees.

According to the spreadsheets provided to Schlabach from Texas—which has monitoring systems inside the locker rooms—the temperature never went above 74.7 degrees.

Orgeron said that LSU brought its own cooling equipment after a Louisiana Tech coach told him the locker rooms had been very hot the week before.

He added that those cooling systems helped.

"It wasn't great, but it was better. At least we had air in there," Orgeron said. "[Louisiana Tech] didn't have air. We had some blowers in there. I don't think that caused as much as going out there and having to play 93 plays on defense. I think that had a lot to do with it." 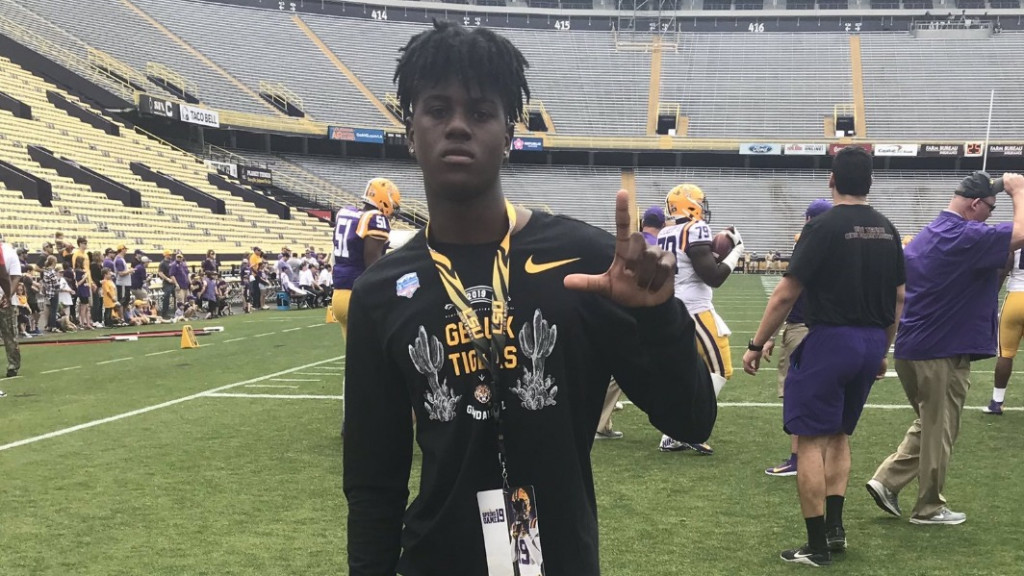 With all the back-and-forth between Texas and LSU off the field, Ed Orgeron was asked what's in store for the Longhorns in Tiger Stadium next year. "Im sure we have a plan or two to make them as comfortable as they can possibly be." (laughter)

Ed Orgeron asked about air conditioning, what’s in store for Texas next year in Tiger Stadium. Says his phone has been blowing up with ideas from friends. “We’ll have a nice Cajun welcome when they get here.” #LSU

Several LSU players suffered cramping during the win and had to be removed from the game, as the temperatures outside raised as high as 98 degrees. Orgeron added that LSU would administer more IVs during halftimes to avoid any issues with dehydration or cramping going forward.