The USC Trojans earned a season-opening victory over Fresno State, but they lost their quarterback for the rest of the year in the process.

USC coach Clay Helton confirmed on Sunday that quarterback JT Daniels suffered a torn ACL and meniscus during Saturday's 31-23 win over Fresno State, according to Ryan Abraham of USCFootball.com.

"I regret to say after the MRI, JT Daniels did suffer an ACL injury...that surgery will happen in upcoming weeks," said Helton.

Daniels was carted off the field after a sack in the second quarter of the win. He impressed before the injury and was 25-of-34 passing for 215 yards, a touchdown and an interception. He had appeared to have taken a step forward after an inconsistent freshman season in 2018 that saw him complete 59.5 percent of his passes for 2,672 yards, 14 touchdowns and 10 picks.

USC turned to true freshman Kedon Slovis for the rest of the Fresno State game, and he went 6-of-8 for 57 yards and an interception.

Slovis starting so soon wasn't the plan, but he was a 3-star prospect in the class of 2019, per 247Sports' composite rankings. Maya noted redshirt junior Matt Fink is the only other scholarship quarterback on the roster because Jack Sears left the team after falling to fourth on the depth chart.

The Trojans can at least take solace in the fact the running game looked strong against the Bulldogs. Vavae Malepeai led the way with 134 yards and a touchdown, while Stephen Carr added 56 yards and a score on six carries.

The timing couldn't be much worse for USC either considering the daunting slate ahead. It plays Stanford, at BYU, Utah, at Washington and at Notre Dame in the next five games before a November matchup against Oregon. 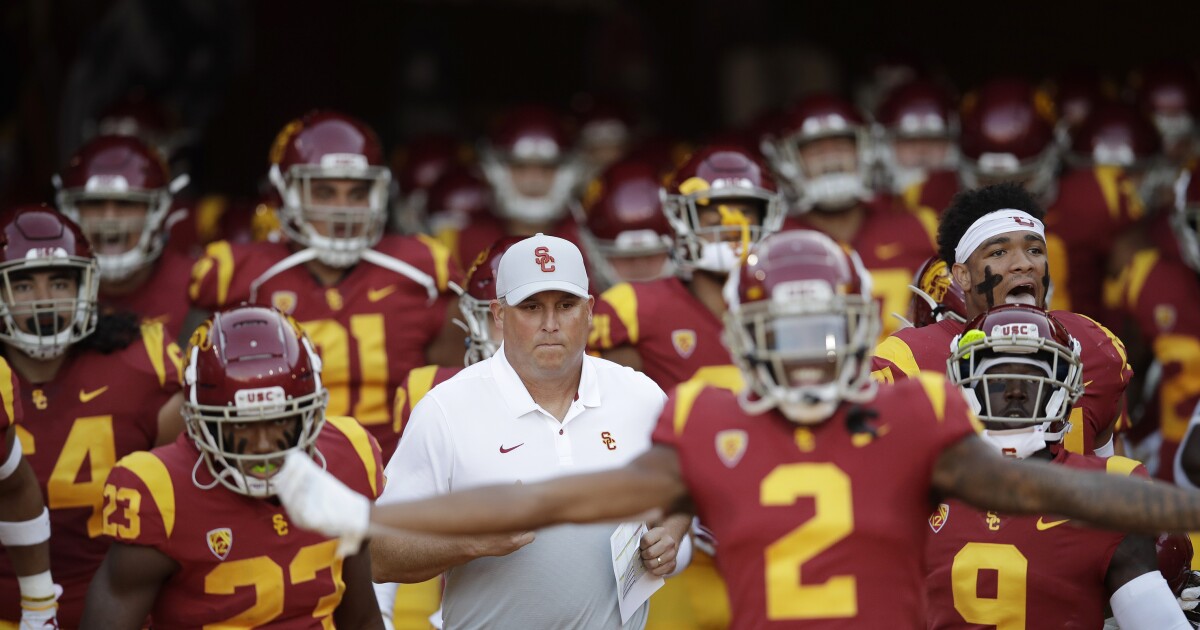