Bills quarterback Josh Allen looks a lot better going into this season than he did last year.

Dan Orlovsky has noticed. The backup quarterback-turned-analyst recently posted a detailed Twitter breakdown of one of Allen's prettiest preseason throws: a third-down strike to tight end Tommy Sweeney. Orlovsky doesn't praise the velocity or accuracy of the short toss—though both are praiseworthy—but instead Allen's pre-snap recognition and communication, as well as his anticipation that Sweeney will get open.

"Seems like he's on track to 'getting it,'" Orlovsky wrote.

Favorite play this pre-season of mine from Josh Allen-and one certainly in his young career. Seems like he’s on track to “getting it” @BuffaloBills have put pieces around em &amp; Beasley may have 110 catches. @TheBillsMafia @OneBillsLive #NFLGamePass #NFL https://t.co/TAxtzKNnga

Bills general manager Brandon Beane has also noticed Allen is no longer randomly launching rockets toward the stars like he did last year.

"He's progressing," Beane said after Allen's eye-opening 9-of-11 passing night against the Panthers, per Sal Maiorana of the Rochester Democrat and Chronicle. "He's not there, but he's working hard. I was impressed when he looked downfield and it wasn't there and he took that check down, and Cole [Beasley] made a couple great little routes to shake free and be that safety outlet that we hope he'll be this season."

Progressing. Close to getting it. Getting the ball to new playmakers like Beasley.

It's faint praise coming after a pair of preseason games. But it's also focused praise, not wishful thinking or fuel for the hype machine. Allen is reading defenses, checking down and doing other positive things besides trying to break the sound barrier with his fastball and running around like designer-knockoff Cam Newton. 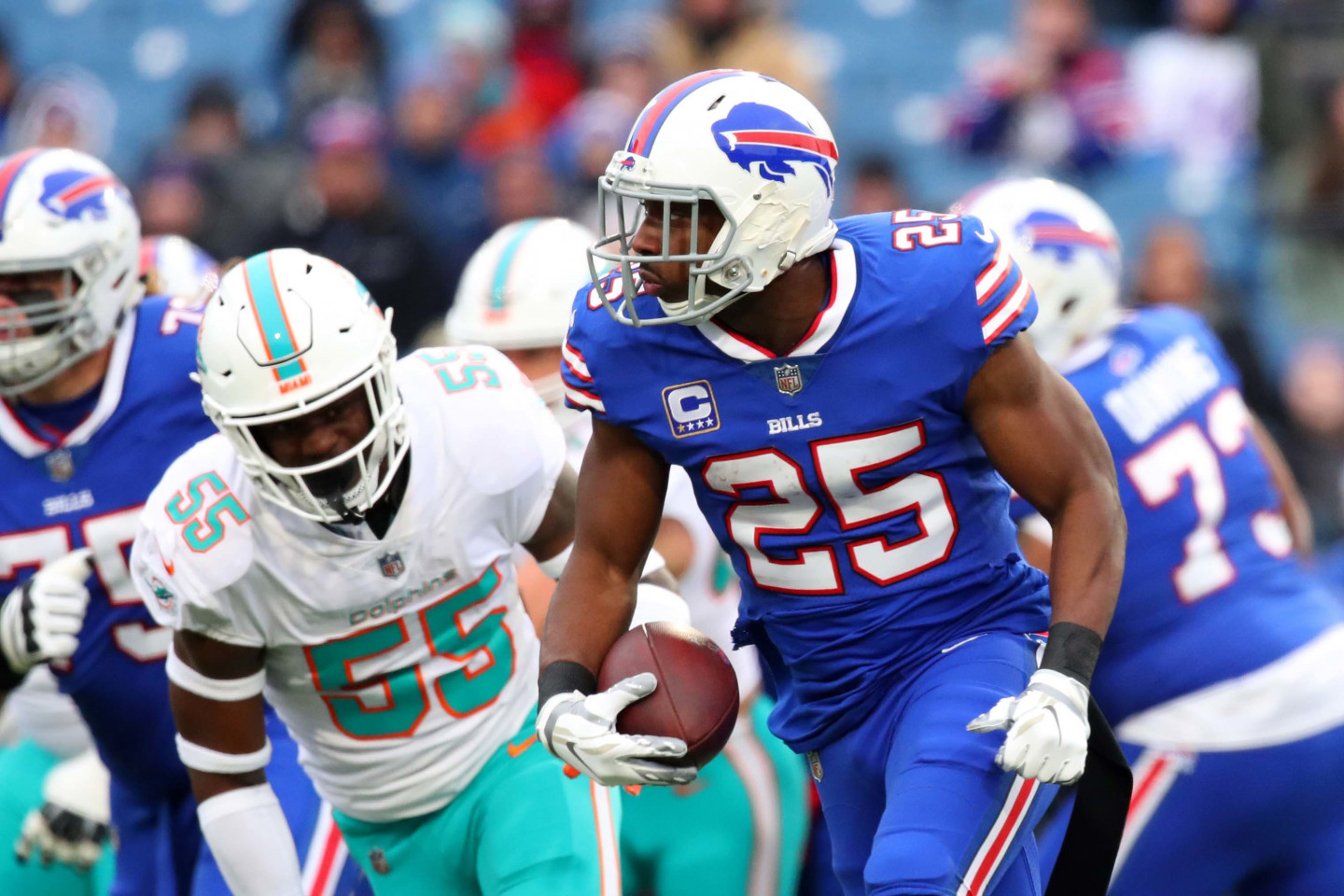 If you listened to the dogpile of Allen criticism before and after last year's draft (the Bills traded up to get him at No. 7), you would never think he was capable of such improvements.

Allen was last year's draft-season punching bag. Analytics experts scoffed at his miserable college statistics. Draft hipsters wrote him off as just another tall dude with a rifle arm and little else to offer. Football Outsiders Almanac, a publication I co-author, called Allen "a parody of an NFL quarterback prospect" and "the battleground old-school scouts are going to die on."

I'll admit I was part of the chorus of skeptics, if not outright haters, when I gave the Bills a C-minus for drafting Allen. Though I also strove for a little bit of balance.

"Allen has the tools to improve if he spends a year getting some top-notch quarterback coaching, like Patrick Mahomes did," I wrote in my Bleacher Report draft grades. "And maybe he becomes a Donovan McNabb type who completes enough 60-yard bombs to make you forget that he misses five-yard passes by 10 yards. But it takes a ton of effort to explain away all of the bad throws on Allen's tape and stat sheet. Tools should yield results, especially at the mid-major level."

Allen's tools didn't yield many results last season. He was comically bad by even rookie standards in his early appearances (two touchdowns, five interceptions and 21 sacks in his first six games) and slightly better after returning from a midseason elbow injury (eight touchdowns and seven interceptions in his final six starts, but with an abysmal 51.9% completion rate).

But we also discovered he possessed a tool no one really knew about. Allen rushed for 631 yards and eight touchdowns in 2018. His NFL.com predraft scouting report had listed 20 "positive" bullet points, and "mobility" is only briefly mentioned in the 15th one. Scrambling and option running weren't supposed to be part of his portfolio.

More importantly, if a skill as important as Allen's mobility was largely overlooked by so many draft analysts on a prospect as scrutinized and criticized as he was, what else may we have missed? Perhaps the capacity to improve?

A note about Allen's arm: Mike Mayock, notorious connoisseur of arms (especially when attached to tall dudes), called it "the biggest arm in the universe" during the 2018 combine. That may be a slight exaggeration, but after watching the same Senior Bowl practices and combine drills live, I felt almost the same way. There's a flick-and-whoosh I never saw while watching Carson Wentz, Eli Manning, Joe Flacco or even Ben Roethlisberger up close. Patrick Mahomes? If the standards are distance and the radar gun, then maybe.

Unfortunately, that arm sometimes looks like it's permanently set to "annihilate." Allen was still overthrowing deep receivers in the first preseason game this year, and there were training camp reports of interception sprees. He must be much more than a catapult on rocket skates to be anything more than an entertaining curiosity as an NFL starter.

But that's where "getting it," checking down, reading blitzes, occasionally taking something off the high heat and anticipating openings comes in.

Allen has clicked with former Cowboys slot receiver Beasley, giving him a reliable target for easy underneath throws. And the threat posed by his (consults military website for a fresh analogy) FGM-148 Javelin of an arm ensures there will be plenty of easy underneath throws, as well as room for Beasley and others to run after catching them.

If Allen develops a decent short game, remains a rushing threat and can hit on the intercontinental ballistic launches just a little more regularly, well, that's a pretty darn good quarterback. And a lot of folks, including me, will be eating some old takes.

Baker Mayfield and Sam Darnold still look like much better second-year quarterbacks right now. But I rank Allen ahead of Josh Rosen and (unpopular take alert) Lamar Jackson, another arm-and-legs talent still in the process of "getting it." That C-minus draft grade for Allen is looking a little more like a C-plus or a solid B—a shrewd risk instead of a wacky one.

Allen may still be a work in progress, but he's no punchline. In fact, he's what the Mayock types told us he would be: the high-upside guy with a lot to learn. The upside is still there, the learning continues, and Allen looks ready to help the Bills win a few games during his on-the-job training.

Maybe the old NFL guard really does know what it's talking about now and then. Imagine that.

How AFC East teams will or won't make the playoffs 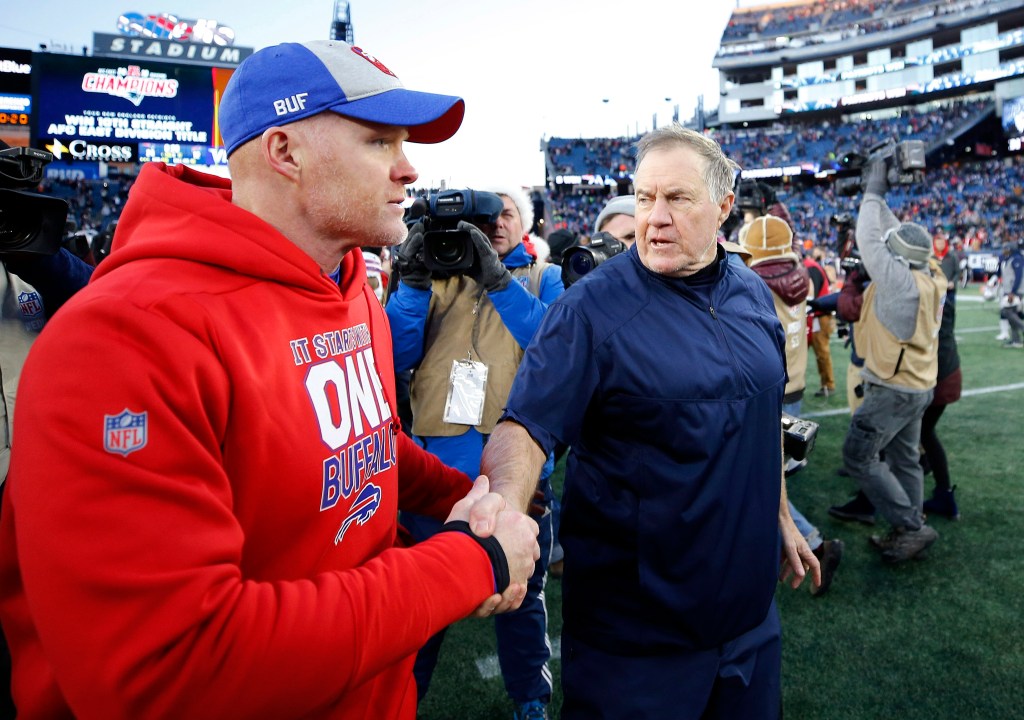 How AFC East teams will or won't make the playoffs