Brazil manager Tite has advised Neymar to play at the club where he feels happiest amid rumours linking the Paris Saint-Germain star with a return to Barcelona, which has been described as "doable."

Brazilian television programme Globo Esporte (h/t Goal's Dejan Kalinic) has reported Barca could pay €100 million (£90 million) to re-sign the player they sold to PSG for £200 million two years ago, as well as including players in the deal.

Samuel Umtiti, Ousmane Dembele and Ivan Rakitic are all reported to be a potential part of the transfer.

Neymar, 27, is having to watch from the sidelines as Brazil play in the 2019 Copa America after he injured himself in a warm-up match against Qatar and was ruled out the whole tournament:

OFFICIAL: Neymar is OUT of Copa America https://t.co/AjVENK0iyd

But his national team manager Tite had some advice for him about his club future, per Kalinic:

"I would go to a team where I always felt happy—as a person, as a human being and as a family, because there I will be professionally better. They are very particular situations. It is a professional issue. It has to do with where you feel good, where you feel happy."

Meanwhile, Luis Suarez, who is at the Copa America with Uruguay, told RAC1 (h/t Kalinic) that playing alongside Lionel Messi and Neymar in 2014-15, when Barcelona won the treble, "was one of the best moments I've ever lived."

He added: "Who would not want to enjoy players like Ney? But he belongs to PSG and these are things that are always talked about during the market."

Chile's Arturo Vidal, who moved to Barcelona last summer so never played with Neymar at the Camp Nou, seemed similarly open to the idea of his return, per Kalinic: "It would be lovely if he wanted to come [back to Barcelona]. He won everything, everyone likes him there."

Neymar has endured a frustrating two seasons at PSG.

Domestically, he has won back-to-back Ligue 1 titles, as well as three other cup competitions, and he has netted 34 goals and provided 21 assists in 37 appearances in the French top flight.

As his limited game time suggests, though, he has also struggled with numerous injuries, and perhaps most crucially, PSG have suffered successive last-16 exits in the UEFA Champions League.

The former Santos man was supposed to help PSG become competitive in Europe's elite competition, but they have yet to throw off their reputation for underperforming in the Champions League.

As noted by Spanish football expert Andy West, both player and club could benefit from Neymar returning to Barcelona despite the potential problems the transfer could cause:

On the downside...he's already left because he didn't want to be in Messi's shadow (welcome back to the shadow). He will be very very expensive. And there's all that baggage. So much baggage. Right now he's a walking brand more than he's a footballer.

The Blaugrana themselves, though, are being coy on the matter.

Per Marca (h/t Kalinic), Josep Vives, a spokesman for the board of directors, refused to be drawn on the rumours: "It's something we're not going to get into. Now, he is a PSG player and we do not have to talk. We will not say anything because we will fall into a trap."

However, a source at the Catalan giants has said a deal for Neymar "could be doable, but it won't be simple," per Moises Llorens and Sam Marsden of ESPN FC.

The source added that, while there has yet to be "direct contact" with the player's representatives, "once Neymar makes it known he wants to return to Barca, anything is possible."

According to Marca, if Barca were to move to sign Neymar, they would have to break an agreed deal to sign Atletico Madrid's Antoine Griezmann, who could then move to PSG as the Brazilian's replacement. 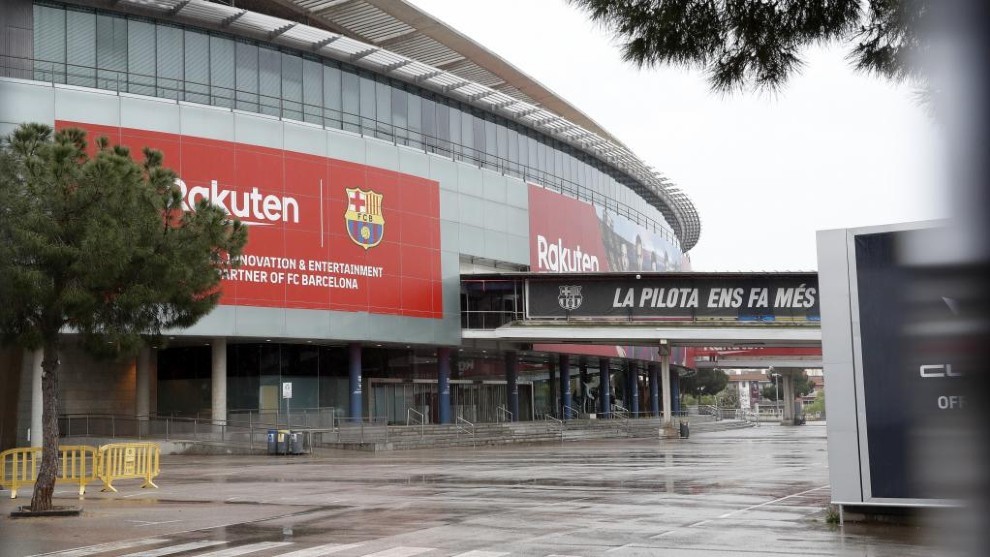