Russell Wilson does not see an end in sight for his football career.

The Seattle Seahawks quarterback recently told Michael Silver of NFL.com that he envisions himself in the league for at least another decade—with the "goal" of playing until he's 45:

"Seven years has gone by so fast. You think about just turning 30 years and what I have for the rest of my career -- for the next 10-15 years -- I'm just fired up about it. You think about some of the best quarterbacks of all time, guys like Drew (Brees), guys like Tom (Brady), who (are playing into their 40s). I really look up to those guys. There's so much more to do."

Tom Brady, who himself has the stated goal of playing until age 45, won the Super Bowl last season at 41. While he's shown some signs of slippage, he remains one of the NFL's premier quarterbacks as his 42nd birthday approaches in August.

Beyond Brady, the history of quarterbacks playing beyond their 40th birthdays is largely dreadful. There have only been seven seasons in NFL history in which an over-40 quarterback has made 10 starts. Only three—Brady, Brett Favre and Warren Moon—have thrown for over 20 touchdowns during those campaigns.

While the modern rules that protect quarterbacks and advancements in medicine make it more likely that Wilson will play longer, he faces his own physical disadvantages. His diminutive 5'11" size will make it more difficult for him to be productive once his legs start to slow down. While Wilson is among the NFL's best pocket passers, his shiftiness in the pocket and ability to avoid contact has helped turn him into a superstar.

The New Orleans Saints have surrounded Brees, who is of a similar size, with perhaps the best offensive supporting cast in the league over the last two seasons. Their offensive line has helped keep Brees upright, while the running game and Alvin Kamara's pass-catching out of the backfield has been a major help.

The Seahawks have struggled with their offensive line, which allowed 51 sacks in 2018, and they haven't had an elite running back since Marshawn Lynch's first retirement after the 2015 campaign. As Wilson ages, it'll be paramount to his success that they do a better job of finding supporting talent while making scheme adjustments that help preserve his health. 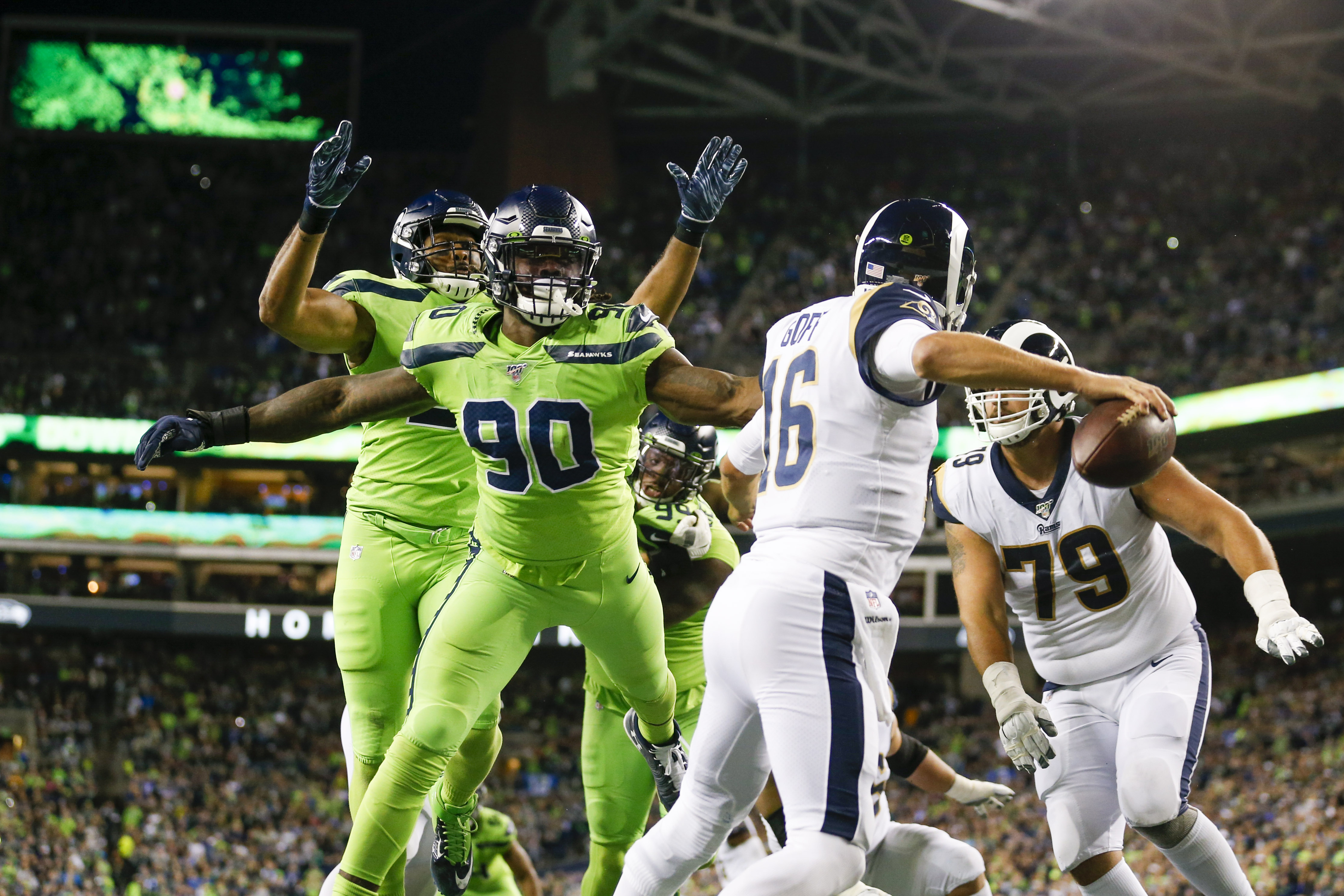